Viewed from above, a sitting human being looks like a T-block from Tetris. The shoulders jut to the sides, and the legs protrude forward in a narrow line. It's not the most efficient shape in Tetris, a game in which the goal is to fill all space with Tetris blocks, but fortunately humans aren't pieces in a video game. Or they weren't, until now.

Zodiac Seats France sees this human tessellation as opportunity. The airline seat manufacturer has patented with the World Intellectual Property Organization (WIPO) the "Economy Class Cabin Hexagon," a truly nightmarish idea that lives somewhere between Saw and The Twilight Zone. Basically, the idea is to take the middle seat — already the worst seat on a flight — and turn it around 180 degrees so as to maximize space.

The patent is full of dystopian illustrations. Let's start with Figure 1:

You may notice that, with this configuration, your in-flight infotainment screen will be supplemented with persistent eye contact from your neighbors. Please also note where hands rest — easier to see now that we've added color:

That's right, this patent is pro-butt touching. Rampant butt touching. Let's put that in a pullquote to really emphasize the point.

Figure 2, providing us another angle of this compact craziness, is just a little more reserved with its inter-row public displays of affection, implying top-of-the-leg and handholding instead (again, we've added color for the sake of clarity). Take this time to picture yourself in this situation. Now picture yourself having to get up and go to the bathroom in this Brave New Setup. Now imagine turbulence. 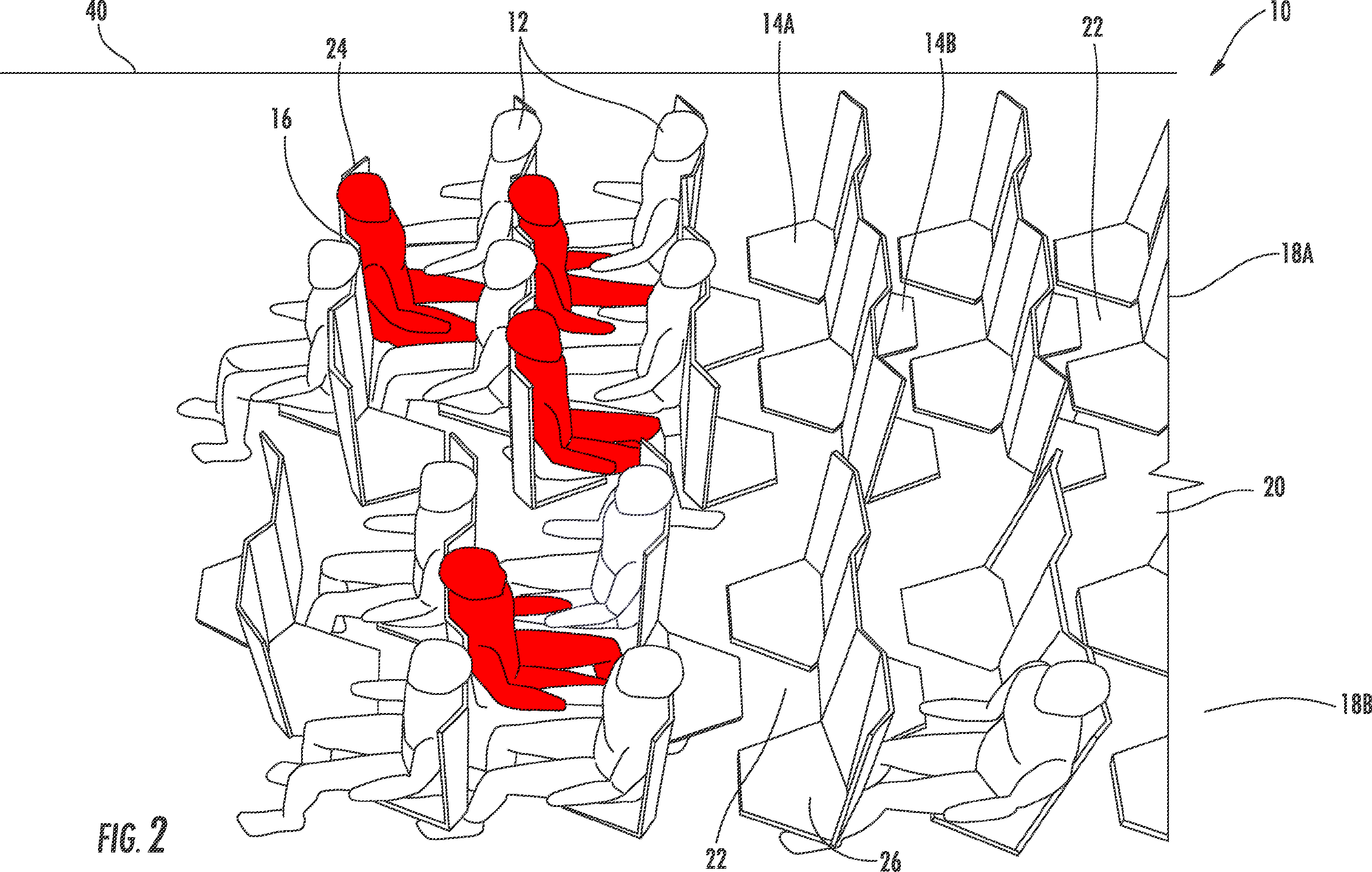 Having the patent doesn't mean that Zodiac Seats will make this, mind you, but it does mean that someone (or a group of someones) had to first think of this idea, create the patent, get approval within the company, and then submit it for approval to an international organizational body on the off chance someone one day thought, "Sure, let's try this." Because true darkness lies within us all.

See also: A sadly relevant piece from The Onion ca. 2009

Related Video: The better way to board a plane