There's no stress like a first day on the job, and Amy Ferrier's first day is harder than most. The heroine of Tacoma, a creepy space exploration game under development by Fullbright, has arrived on a commercial lunar station only to find that the crew has gone missing. Whatever happened to them appears to have been sudden and terrifying. It's up to you, as Ferrier, to explore the station and find the answers.

I played through the first half-hour or so of Tacoma, which was developed by the studio behind beloved 2013 indie game Gone Home. 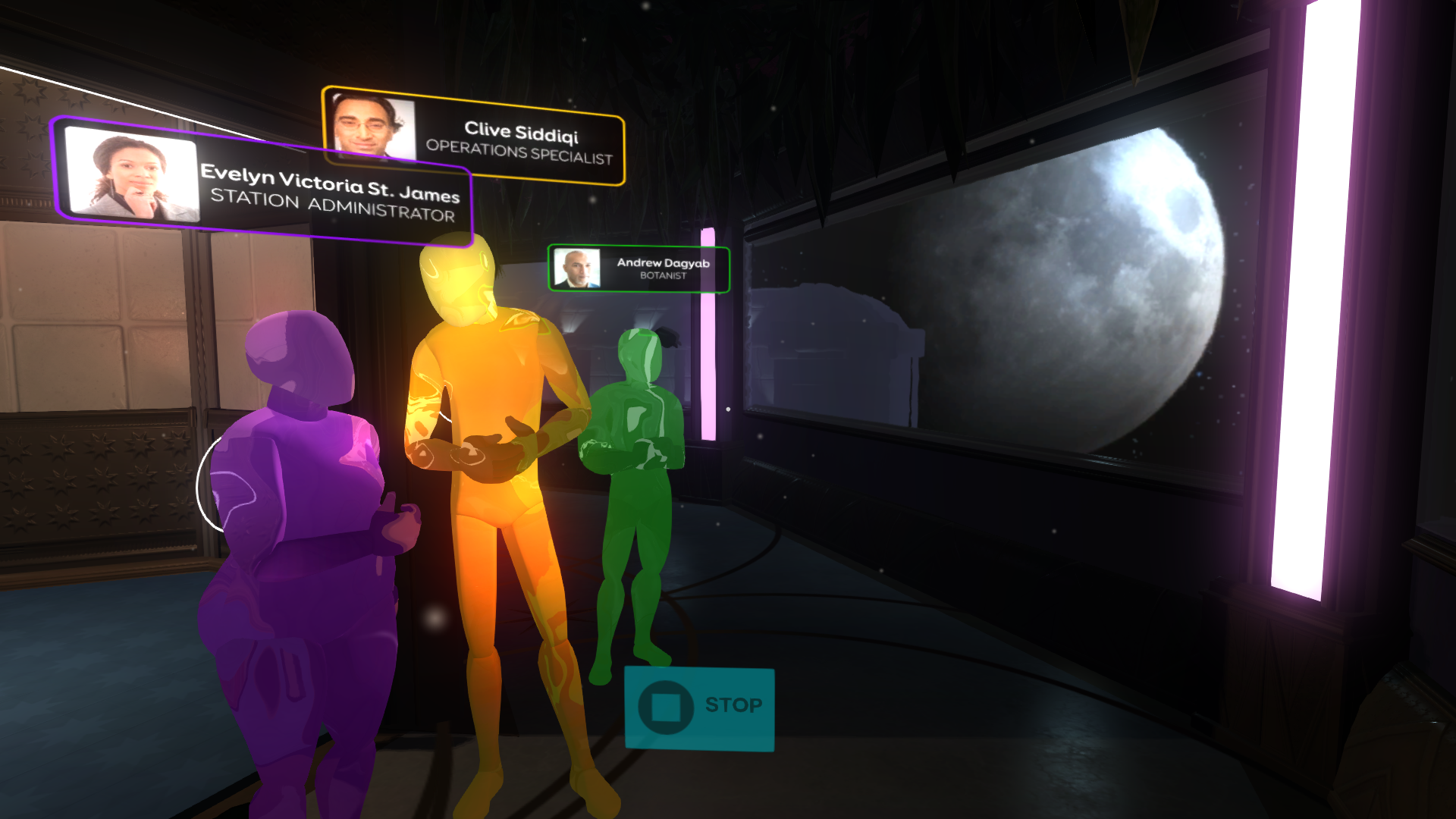 Like that cult hit, Tacoma involved exploring a large, empty space, picking up objects and listening to audio files found along the way. Gone Home was a domestic mystery about family and the shifting relationships between parents, children, and siblings. Tacoma moves its mystery to space, but the drama is no less human.

Piecing together the past through augmented reality

Tacoma's sci-fi setting allows it to introduce some new mechanics, starting with its "augmented reality" logs. Playing one of the logs launches a simulation in which brightly colored figures appear and have a conversation, each figure representing a member of the missing crew. You watch them interact, listen to their conversations, and occasionally even follow the characters to different locations.

The AR logs create several new gameplay possibilities for Fullbright, not all of which have yet been built inside the game. In an interview, Steve Gaynor, co-founder of Fullbright, said that later in the game, you might miss part of a conversation when a figure travels behind a locked door. It would be up to you to find another way into the room and replay the conversation to see what you missed. It's an idea that may or may not make it into the finished game, he said, but it shows the range of possibilities Fullbright is trying to explore. 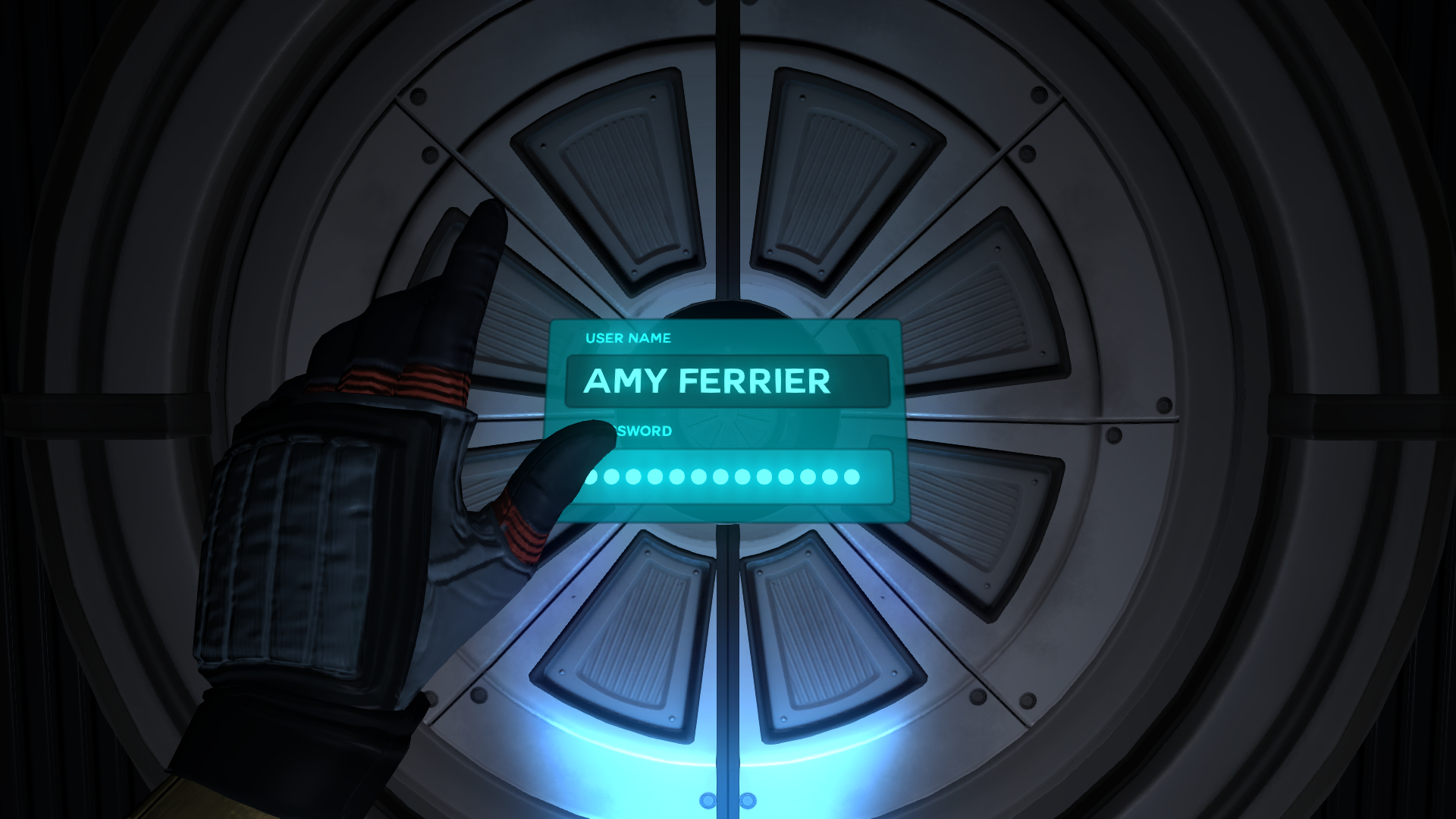 As Tacoma begins, an AR log instructs you to go to the crew quarters to find your teammates. Once you do, though, you find the door is locked. Opening it requires rebooting ODIN (not to be confused with SHODAN), a HAL-like virtual intelligence that answers some of your questions while deflecting others. (Some of the information you request is "classified," according to ODIN.)

As you work to open the doors, you'll encounter AR logs showing the crew before it disappeared. In one, they gather in the ship's lounge to watch some sort of galactic event out of the windows. In another, the man Amy was sent to replace receives medical news that threatens to ruin his career. And in the demo's final scene, you see your missing crewmates react to an unknown emergency and make their way behind a mysterious door.

The answers may lie above your head

The other new gameplay mechanic in Tacoma is "surface transfer," which enables you to temporarily detach from the magnetized surfaces on the station and use gravity to reach new terrain. You may reach a dead end and look up to see a long tunnel; tap a button and you're hurtling upside-down to another level of the ship, whereupon your boots reattach to the ground with a satisfying crunch. Transferring makes Tacoma a more vertical game than its predecessor, and causes you to constantly evaluate your surroundings to see whether the answer to current problem may be above your head.

Everything here feels relatively low-key: there's no combat in Tacoma, and the pace is unhurried despite the mounting sense of dread. Earlier this year I played Adrift, another upcoming first-person game set on an empty space station. Adrift runs on adrenaline: you must constantly find new sources of oxygen just to stay alive, and the lack of gravity leaves you spinning and disoriented from the start. Tacoma is more relaxed, at least in its first section: you're eager to learn what happened to your would-be crewmates, but you can take your time exploring without suffering any negative consequences.

The biggest question can't be answered yet

For fans of Gone Home, the biggest question about Tacoma will likely be whether a near-future sci-fi adventure can pack the same emotional wallop as the near-past domestic drama that preceded it. For now, that question is unanswerable. From the way it begins, though, Tacoma looks to be a compelling mystery in its own right.