I never knew that the apocalypse could be so soothing.

Everybody’s Gone to the Rapture, which launches on PlayStation 4 tomorrow, might just be the most relaxing take on the end of the world yet. It thrusts you into a mysterious town devoid of people, but in their place there are no zombies or radioactive monsters or other terrors. There’s nothing but memories. Rapture may look and control like so many other first-person games, but it’s different in that there is no action whatsoever. Instead, you simply walk around, trying to figure out what exactly happened. It may not sound like much, but it’s absolutely engrossing. 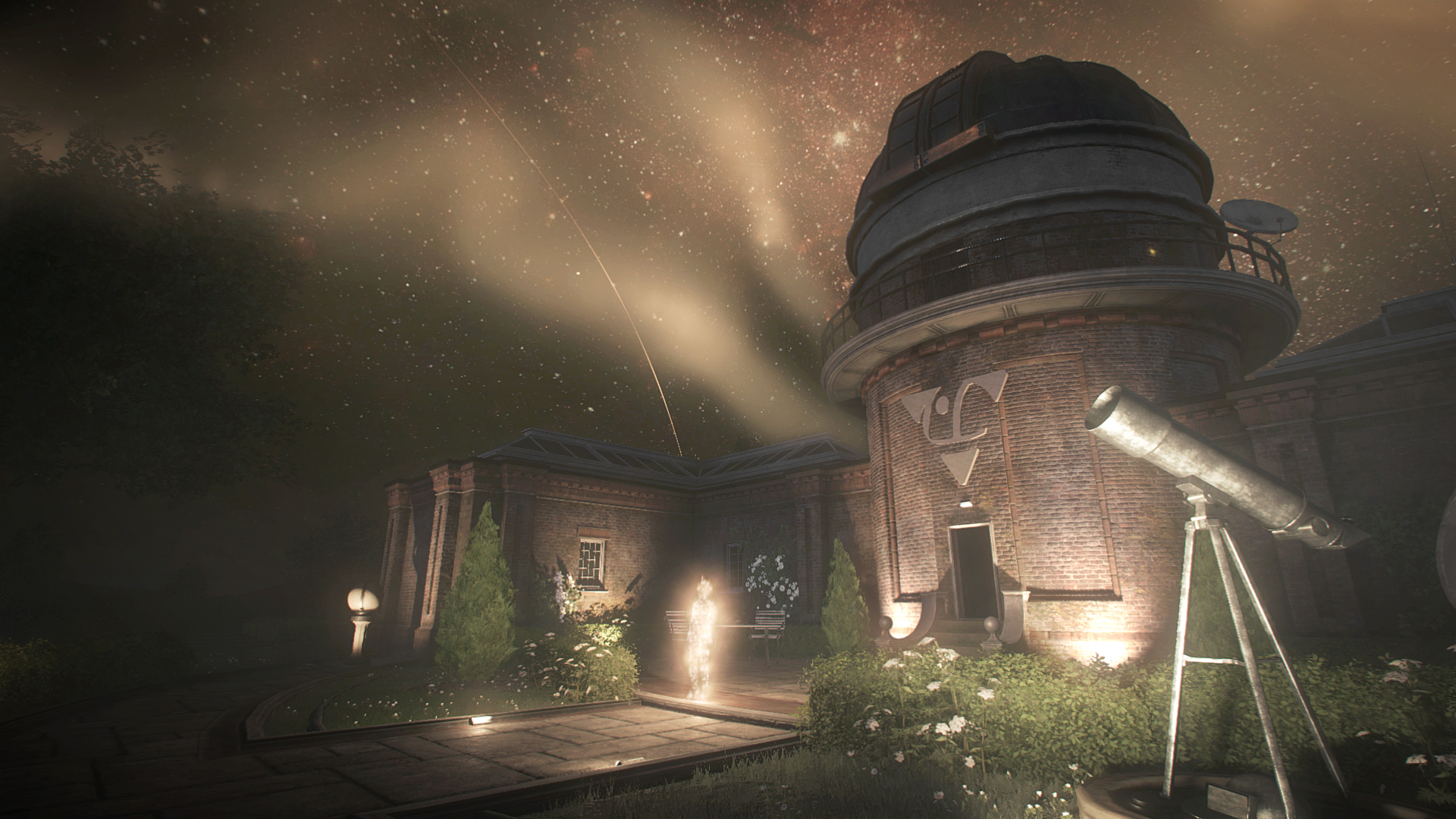 You never see people, but you can’t escape them

At the outset of the game you have no information; you don’t know who you are or where you are, and you certainly don’t know why you’re there. You’re on a quiet street, in what you’ll soon discover is a small, charmingly quaint English village in the mid-1980s. There isn’t much to guide you other than curiosity. But as you start exploring, poking around the town pub and the homes with unlocked doors, it becomes clear that everyone in the town has vanished. There are still signs of life — an ashtray that’s still smoking, an abandoned car with its turn signal on — and you’ll regularly come across audio recordings and ghostly flashback sequences, where you can get a glimpse into the lives of the people who have disappeared. You never actually see them, but you can’t escape them, and it took about five minutes before I realized I absolutely had to know what happened.

Playing the game is incredibly basic. You use the left stick to move, the right to control the camera, and the X button lets you interact with a small number of objects; you can open a few doors and listen to phone messages, but for the most part you are just an observer. And that’s all there is to it. If you’ve played games like Gone Home or Dear Esther (which, like Rapture, was developed by English studio The Chinese Room), you’ll know what to expect. These games are often disparagingly referred to as "walking simulators," but it’s a designation that misses the point; it’s not the walking that’s fun, it’s finding yourself in the middle of a mystery, watching it unfold all around you.

What makes Rapture work is just how powerful that mystery is. I found myself completely absorbed by the story; I kept a pen nearby to keep track of people’s names and their relationships, and as I explored I not only learned about where all these people went (at least, I’m pretty sure I’ve figured it out) but I also got an incredibly intimate look into their lives. There are marriages in trouble, and problems with the church. These minor quibbles sometimes felt just as important as the big question at the heart of the game.

Rapture provides very little guidance to push you along, yet I can only remember one instance where I found myself lost for more than a few minutes. There are ghostly wisps that will show you points of interest if you're paying attention, and you’ll regularly hear noises — beeping phones, alarms — that make you want to investigate a location. Instead of telling you what to do or where to go, Rapture guides you with light and sound. And, for me at least, it worked perfectly. 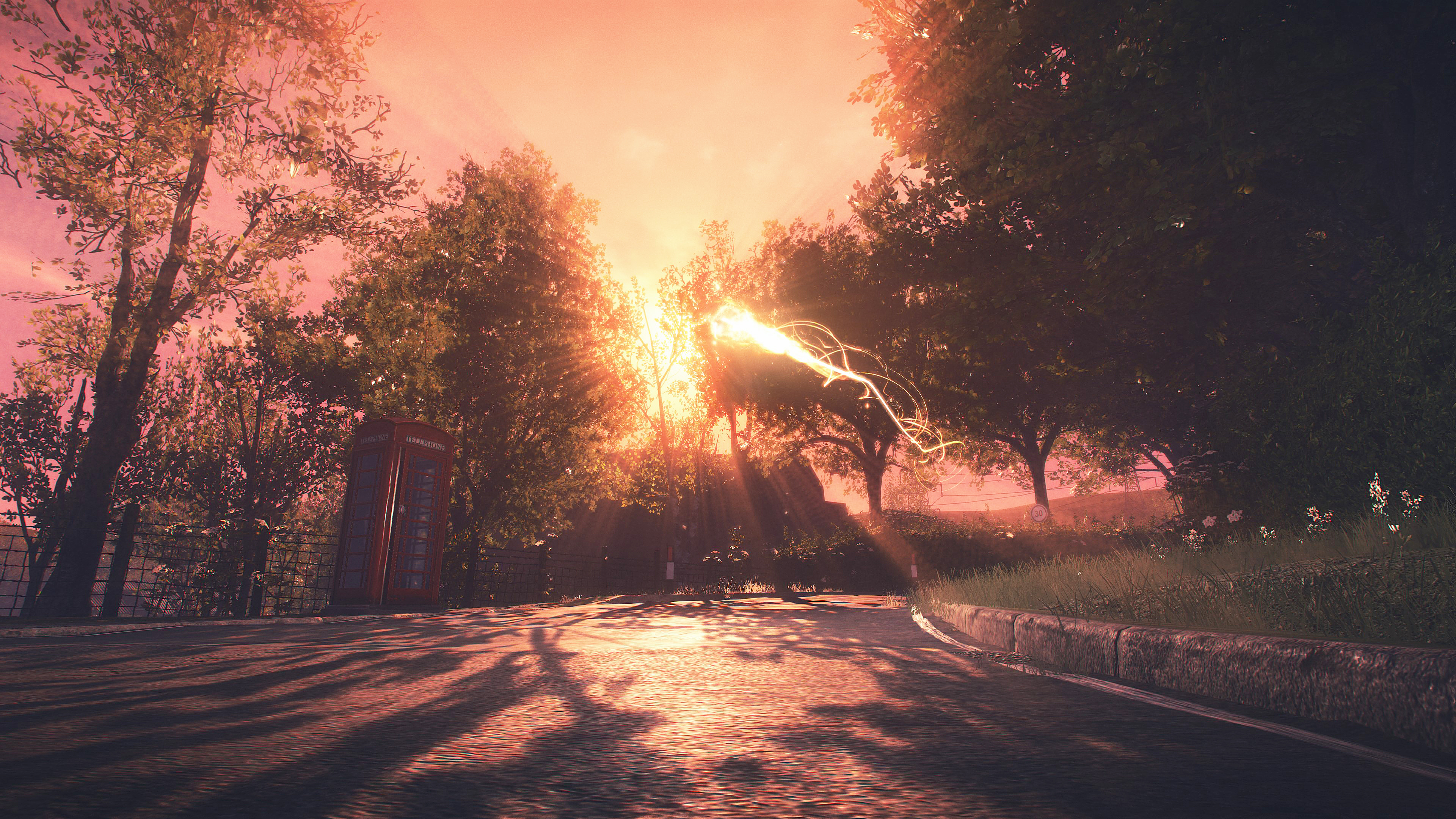 Rapture can feel limited at times. You’ll come across a frustratingly large number of locked doors, and unlike in many similar games, where you can pick up objects and examine them, the world of Rapture feels bolted down in comparison. There were many times when I wanted to be nosy, but the game wouldn’t let me. But after an hour or so this bothered me less and less. Instead of an investigation, which I initially expected, Rapture feels more like one of those guided museum tours, only you’re learning about an apocalyptic event instead of ancient history. It’s a radio drama crossed with a video game.

It may be the end of the world, but that doesn’t mean it can’t be beautiful

It also doesn’t hurt that the world you’ll be exploring is absolutely wonderful. Rapture nails that cozy English village vibe perfectly; every moment feels like a postcard, and I couldn’t help but take a lot of screenshots. The main reason why I’m disappointed that I can’t interact with the world more is that everything looks so real that it feels like I should interact with it. The homes feel warm and lived in, and nothing ever really feels like it was designed as part of a video game (with the exception of the city maps you’ll find in just about every building). In fact, often when you see something that doesn’t make sense at first — a huge splash of blood, say, or a turned over can of white paint — you’ll find you understand it later when you see the associated flashback.

The music, meanwhile, seamlessly jumps from soothing to heart-thumping to suit the what’s happening in the story, and even the ambient noise — chirping birds, buzzing insects — helps pull you further into the world. Video game apocalypses tend to alternate between the gritty realism of Fallout and the Red Bull-fueled action of Sunset Overdrive, but Rapture is something completely different. It may be the end of the world, but that doesn’t mean it can’t be beautiful and relaxing.

Rapture and its ilk aren’t for everybody. There are plenty of people who will find themselves bored by simply walking around a quiet, empty village waiting to hear what happened next. But if you’re like me, you’ll find yourself hooked. Some of my favorite video game moments are when nothing is really happening at all — when I can sit on a swing and listen to music in Life is Strange, or when I’m walking down a deserted highway, watching a Las Vegas sunrise in Fallout. They’re not just peaceful moments, but ones that are unique to games; they make you feel like you’re in a real place, one where even small moments can have real meaning. Rapture is a game that’s made entirely of those moments, and it’s amazing.

Everybody's Gone to the Rapture is available on PS4 tomorrow.