When you’ve waited 16 years for an album from an artist you like, the chances that it will meet your ever-growing expectations are scant at best. Now make that artist one of the most seminal figures in hip-hop’s history, and that album a near-mythical body of work with astronomical expectations, and you have a recipe for disappointment.

Announced in 2002, Detox was supposed to be Dr. Dre’s magnum opus. The hype reached astronomical levels multiple times over the decade it was in production, with Dre calling it a “hip-hop musical,” and one-time co-producer Scott Storch famously calling the album “the most advanced rap album in history,” in 2004. Then came the false starts; a 2005 release was planned then scrapped; Snoop Dogg said the album was finished in 2008, but nothing emerged; Dr. Dre released a snippet of a song off Detox in a Dr. Pepper commercial in 2009, which never manifested into a release; the same thing happened in 2010 and 2011. During this time, the list of collaborators continued to grow the mythos of Detox; Rakim, Eminem, 50 Cent, Mary J. Blige, The Game, Nas, Jay Z, Lil Wayne, Marsha Ambrosius, Swizz Beatz, T.I., Drake, and Kendrick Lamar are just a few of the people who worked on Detox. The challenge to deliver an album that could match the hype grew on a daily basis.

'Detox' was supposed to be Dr. Dre’s magnum opus

"It wasn’t good… I worked my ass off on it, and I don’t think I did a good enough job," Dre said on his Beats 1 show The Pharmacy. Even if Dre did manage to do Detox justice, we — fans, hip-hop, planet Earth — no longer had any sense of perspective about it. Wisely, Dr. Dre realized his predicament and cut his losses.

Instead, Dre went on to announce Compton, an album created while he was executive producing on Straight Outta Compton, the biopic of the seminal ‘80s hip-hop group of which he was a member. With the weight of Detox lifted, we have been given Compton, a raucous, audacious, impeccably produced finale that enlightens the uninitiated as to why Andre "Dr. Dre" Young deserves all of your respect.

Compton is a journey through Dre's Nostalgic Subconscious

Compton recounts Dr. Dre’s journey as he escaped the depths of one of the most notorious cities in America and built a billion-dollar empire while living in a house with the best view of Los Angeles money can buy. The album opens with a news anchor giving an overview of Compton’s notable shift from a predominantly white suburb in the ‘30s to a black-dominated city by the ‘70s over a swelling beat that grows more menacing as the city’s current state is slowly revealed. It’s a dramatic piece of stage setting, and the final push into "Talk About It," the album’s first proper track, is epic in a way that very few albums have accomplished. It’s the type of treatment you’d find in a big-budget film, not on an album.

The album plays out as a journey through Dre’s nostalgic subconscious. "It’s All on Me" featuring Justus and BJ The Chicago Kid finds Dre lamenting the struggles of being one of the few people to make it out of Compton, and how the iconic N.W.A track "Fuck tha Police" came about ("Face down on the pavement with the billy clubs / Took that feeling to the studio and cued it up / And now it's 'Fuck tha Police' all up in the club"). This sort of storytelling feels cinematic at times, and like a good movie, Compton begs to be experienced to from beginning to end. But it’s not burdened by Detox’s pressure to be an all-encompassing document of West Coast hip-hop, and it doesn’t drag you too deep into Dre’s recollection of Compton’s savagery in the mid-'80s. While it may have been inspired by Straight Outta Compton, it isn’t tied to that association, and that bodes well for its longevity.

The production is Expansive and Lavish

In true Dr. Dre style, nearly every track on Compton is filled with features from the West Coast’s past, current, and upcoming stars — everyone from icons Ice Cube and Snoop Dogg, Dre-proteges Eminem and Kendrick Lamar, and relative newcomers like rapper / producer King Mez, who has writing credits on 12 of the 16 tracks on Compton. (As for rappers not writing their own lyrics, there are only two artists that get a full pass — Dr. Dre and Kanye West. Call it the "hip-hop would be much worse without you" clause or whatever you want, but these two rapper / producers have enough classics on both sides of their repertoires to do whatever they want with their lyrics, without repercussion. Diddy does it, too, but no one cares, because it’s Diddy.)

As he did with Snoop Dogg on The Chronic and Eminem on 2001, Dre is giving a new artist their biggest platform to date, and this time it’s Anderson .Paak, a multi-faceted artist from Oxnard, California, who is featured on six songs and shines brighter than any other artist on Compton. "Animals", a co-production by Dre and East Coast legend DJ Premier (which should be in the Smithsonian for simply existing), finds .Paak tackling the ongoing racial tensions in America over a soulful beat ("And the old folks tell me it's been going on since back in the day / But that don't make it okay / And the white folks tell me all the looting and the shooting's insane / But you don't know our pain"). 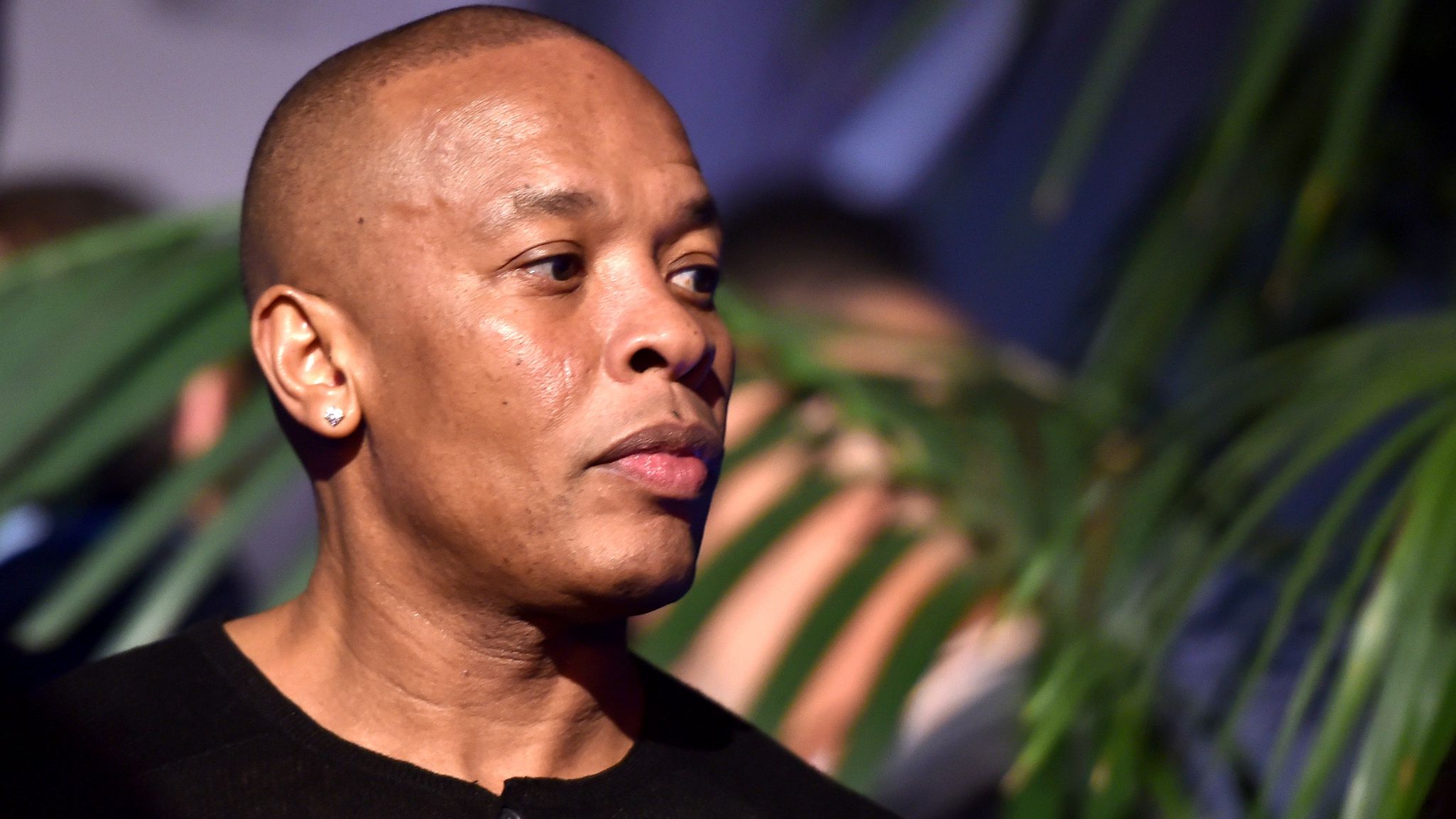 Surprisingly, it's the appearances with his more longtime collaborators that feel like the rare misfires here. There’s no doubt both Dre and Eminem knew Em’s verse on "Medicine Man" would draw ire — which is probably why they censored part of it — why they left it in is beyond me ("I even make the bitches I rape come / I'm waiting on someone to say something"). "Loose Cannons" features an outro with COLD 187um shooting and burying a woman. That track, which also features Xzibit and Sly Piper, feels like Dre was doing a favor for some old friends — a risk with this kind of guest-stuffed album, and one Dre avoids almost everywhere else.

That’s because sequencing is everything on Compton, and Dre has a way of utilizing artists and painting a picture with his albums that can only be chalked up to vision and experience. "Darkside/Gone" featuring Kendrick Lamar, King Mez, and Marsha Ambrosius seamlessly transitions from a winnowy synth and hi-hat-driven uptempo banger to a piano-laden tour de force led by Ambrosius’ excellent hook. The transition between "Deep Water" and "One Shot One Kill" featuring a man being drowned, shouting "I can’t breathe," seemingly passing out and coming back to consciousness is incredibly eerie.

The production on Compton is expansive and lavish — while Premier, Focus…, and DJ Dahi all make appearances, Dre is unquestionably at the wheel here. I’m pretty sure Dre is just showing off on "Medicine Man" which contains an elaborate cacophony of synths, strings, sounds effects, and keys. Every verse molds perfectly into the melody, unsurprisingly, as Dr. Dre has been known to make everyone from the rookie rappers all the way up to Eminem redo verses if they don’t enunciate to his liking. Dre consistently manages to pull the best out of an artist — Snoop Dogg is resurrected on "One Shot One Kill" and some of Marsha Ambrosius’ best work in years is on Compton —  but what Dre managed to do for his own sound is what really makes Compton a success.

Compton is an experience from beginning to end

If this is truly it for Dr. Dre, Compton is the perfect note to go out on. Compton is Dr. Dre firmly in his comfort zone — contemplative, unrepentant, abrasive, and utilizing his much-discussed ear for music to hear what others cannot to craft a fucking good album. It’s a testament to Dr. Dre’s perfectionist tendencies, with no chord out of place. Dre has proven that even at age 50, he can serve up nostalgia in bunches while still attracting younger fans who may be experiencing a Dr. Dre project for the first time.

As Dre takes a walk down memory lane on the finale "Talking To My Diary," he says his love for music hasn’t faded. But after N.W.A, two classic solo albums, producing Doggystyle, The Marshall Mathers LP, Get Rich Or Die Trying, good kid, m.A.A.d city, and an excellent final act in Compton, we don’t need anything else from Dr. Dre. His hands have been on more influential music than anyone else in hip-hop. One could argue that without Dre, the genre wouldn’t be close to the worldwide success it has grown to become. While it’s easy for fans to ask for more and more from our legends, this is enough. Compton is enough.

Compton is exclusively available on Apple Music and iTunes.