“Flagship killer.” That loaded term has been bandied about by virtually every smartphone maker since the iPhone took the scene by storm eight years ago. OnePlus is the latest company to employ it in its marketing, and this time it’s going one further, calling its new OnePlus 2 a “2016 flagship killer.” OnePlus is essentially saying its new device is not only better than anything you can buy this year, it’s also better than anything you can buy next year.

That’s quite a tall order, and for the most part, it’s pure marketing fluff. But cut through the jargon and the boasting, and you find that the OnePlus 2 is a really good smartphone. It’s a followup to the OnePlus One, which debuted about a year and a half ago with high-end specs and a rock-bottom price tag.

The OnePlus 2 is very similar to its predecessor, though it’s been improved in virtually every respect. It’s still dirt cheap — $329 for a 16GB model or $389 for a 64GB version that’s unlocked and works on AT&T or T-Mobile (but not Verizon or Sprint) — and still has some high-end specs. It’s also still really hard to buy: OnePlus is using the same invite-based system to sell the phone, meaning you could be waiting a long time before you get the chance to buy one.

But if you are able to buy a OnePlus 2, you’ll be rewarded with a great performing device that costs far less than a comparable Samsung Galaxy S6 or iPhone. I’ve had the chance to use the OnePlus 2 for the past week and while it’s by no means a flagship killer (this year or next), it’s actually worthy of some measure of the hype that’s surrounded it. 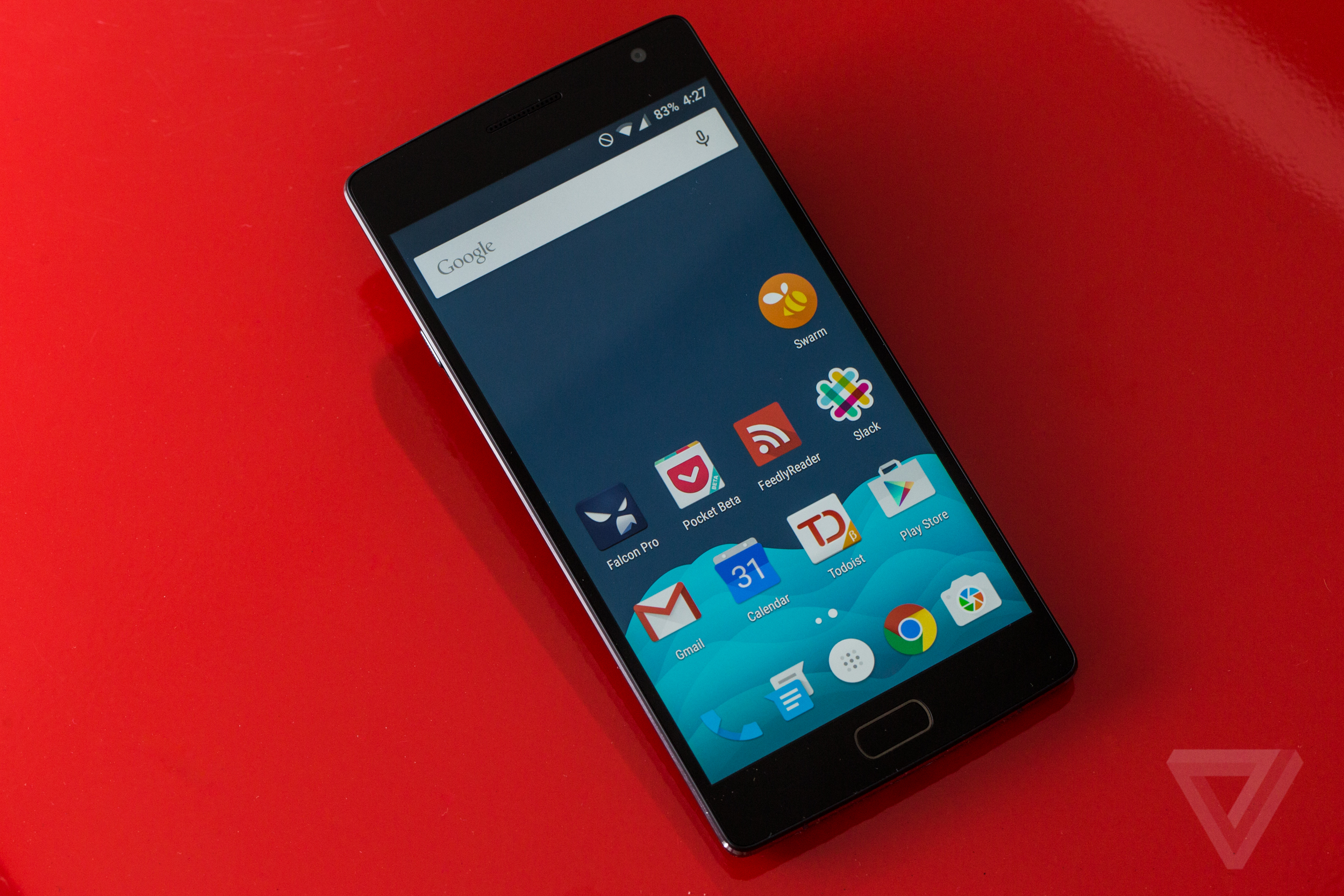 The design of the OnePlus 2 can best be described as utilitarian. That’s not really a knock — it’s a well-proportioned device that doesn’t have any glaring design problems. It’s just not head-turning or awe-inspiring, like Samsung’s recent Edge devices. (Nor does it have the usability problems of those devices.) The OnePlus 2 is a considerable step forward over its predecessor, with much better materials (including a metal frame) and tighter tolerances than before. 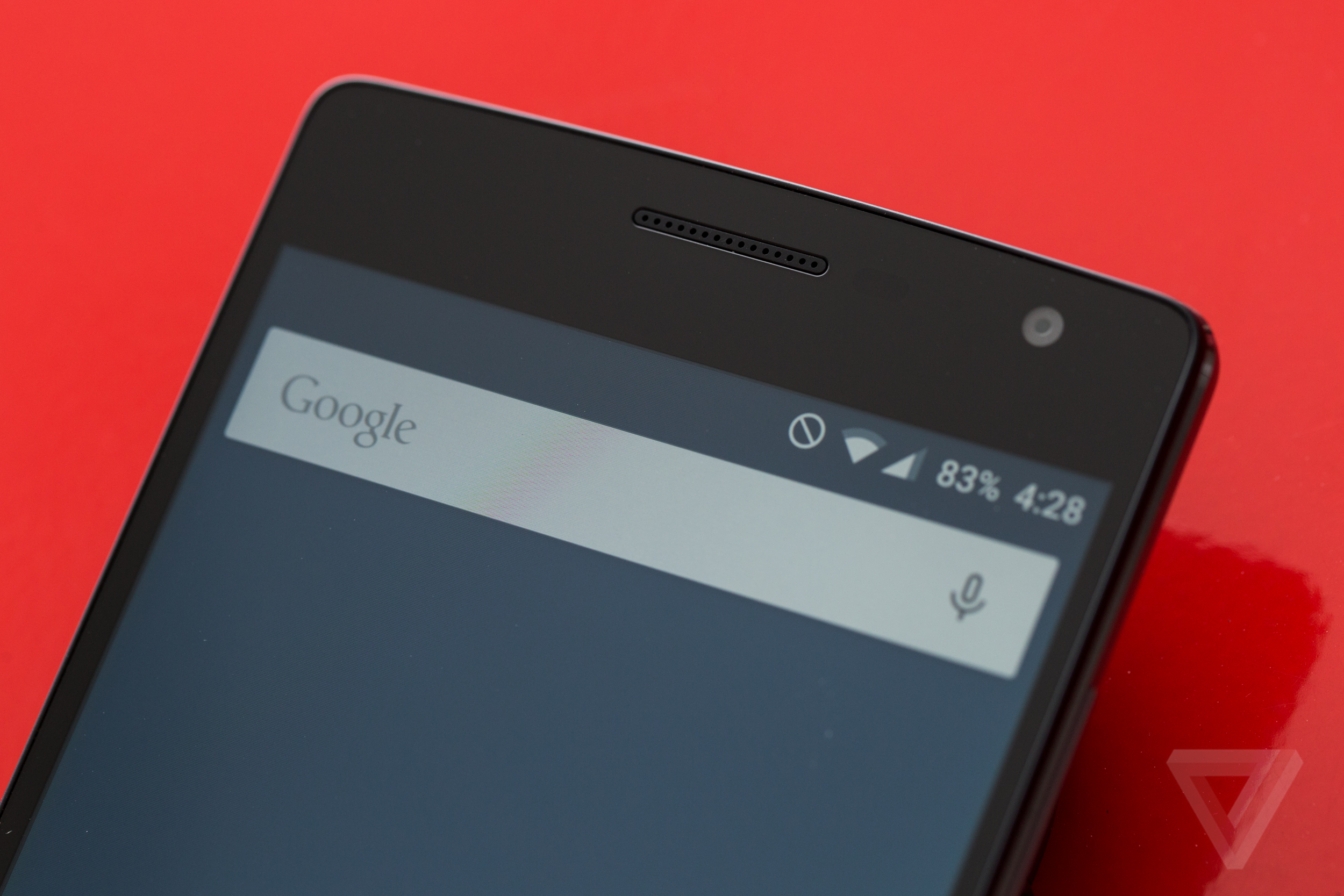 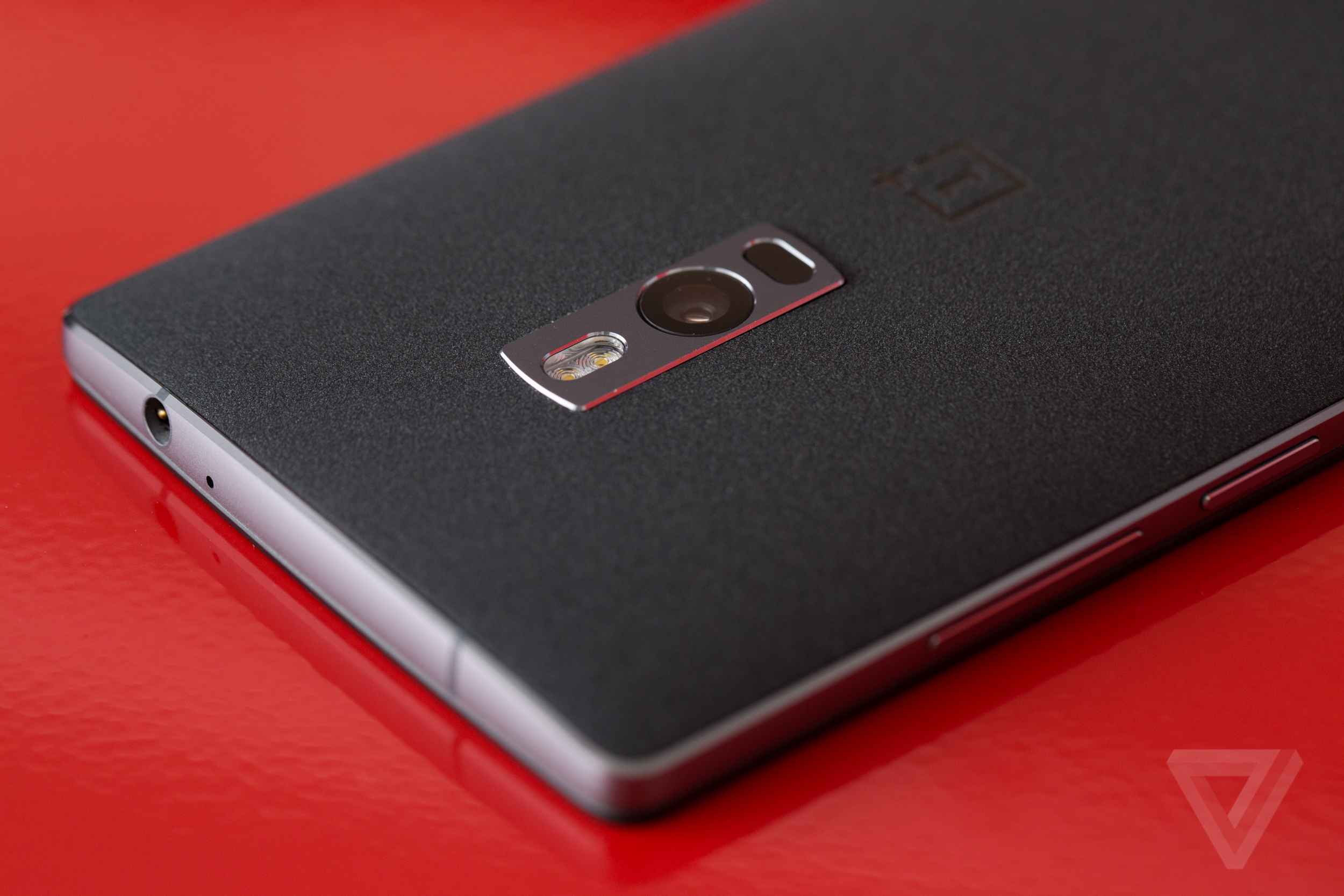 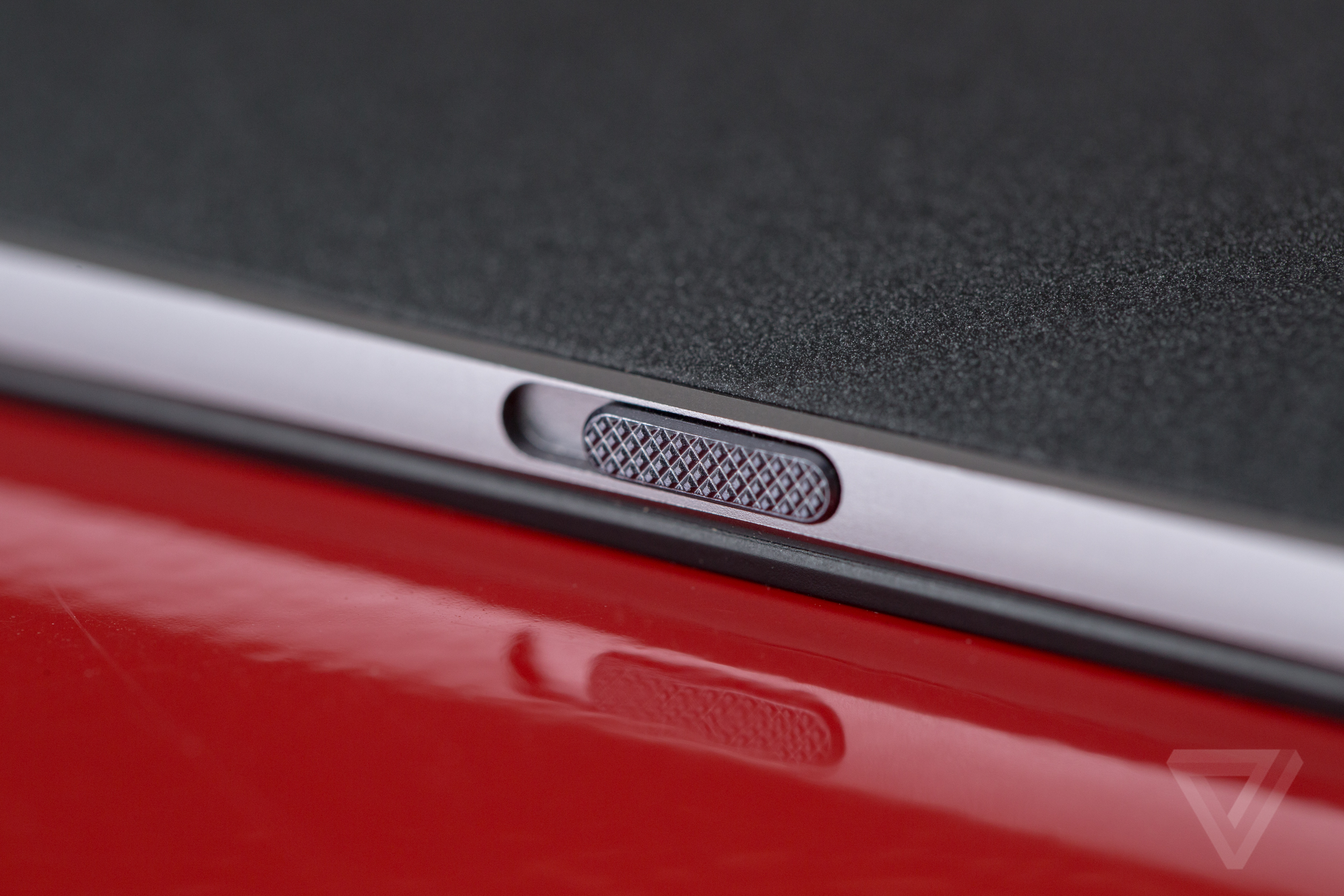 It’s still big — bigger than I personally prefer — thanks to its 5.5-inch display. It’s also dense and solid-feeling, but not in a "it’s too heavy to hold" kind of way. Its construction certainly belies its low price, and it’s easily the best built phone I’ve used this side of $400. I really like the sandpaper-like finish of the rear cover; it reminds me of a skateboard’s grip tape, and it serves a similar purpose of keeping the phone from sliding out of my hands. You can also swap the rear cover for a few alternative designs, including real wood, if the rough back isn’t your style.

The OnePlus 2's design is utilitarian and functional

Speaking of the display, it’s the same size and 1080p resolution as the OnePlus One, but it’s been improved in virtually every other respect. It’s brighter, has better colors and viewing angles, and is overall just better to look at than before. A lot of phones have more pixels in their panels, but I didn’t miss them on the OnePlus 2 and don’t have a problem with a 1080p resolution at this display size.

Though the design of the OnePlus 2 is mostly utilitarian, there are a few highlights that make it different from other smartphones. The first, and my favorite, is the notification switch on the left side. It’s like the ringer switch on the iPhone, but with three settings that correspond to Android’s notifications settings: all, priority, or none. I found myself flicking the switch with my thumb just because it’s fun, and I wish more Android phones had this feature.

The other unique features include a fingerprint scanner and USB Type-C port. The fingerprint scanner doubles as a home button and lets you unlock the phone without typing in a PIN code, but it doesn’t depress in the way the iPhone or Galaxy S6 fingerprint home buttons do. It’s accurate, but slow: there’s a noticeable (and annoying) delay from when I placed my thumb on the button and when the phone would recognize it. Still, it’s more convenient than typing in a PIN or tracing a pattern (either of which you can choose to do instead, if you prefer). 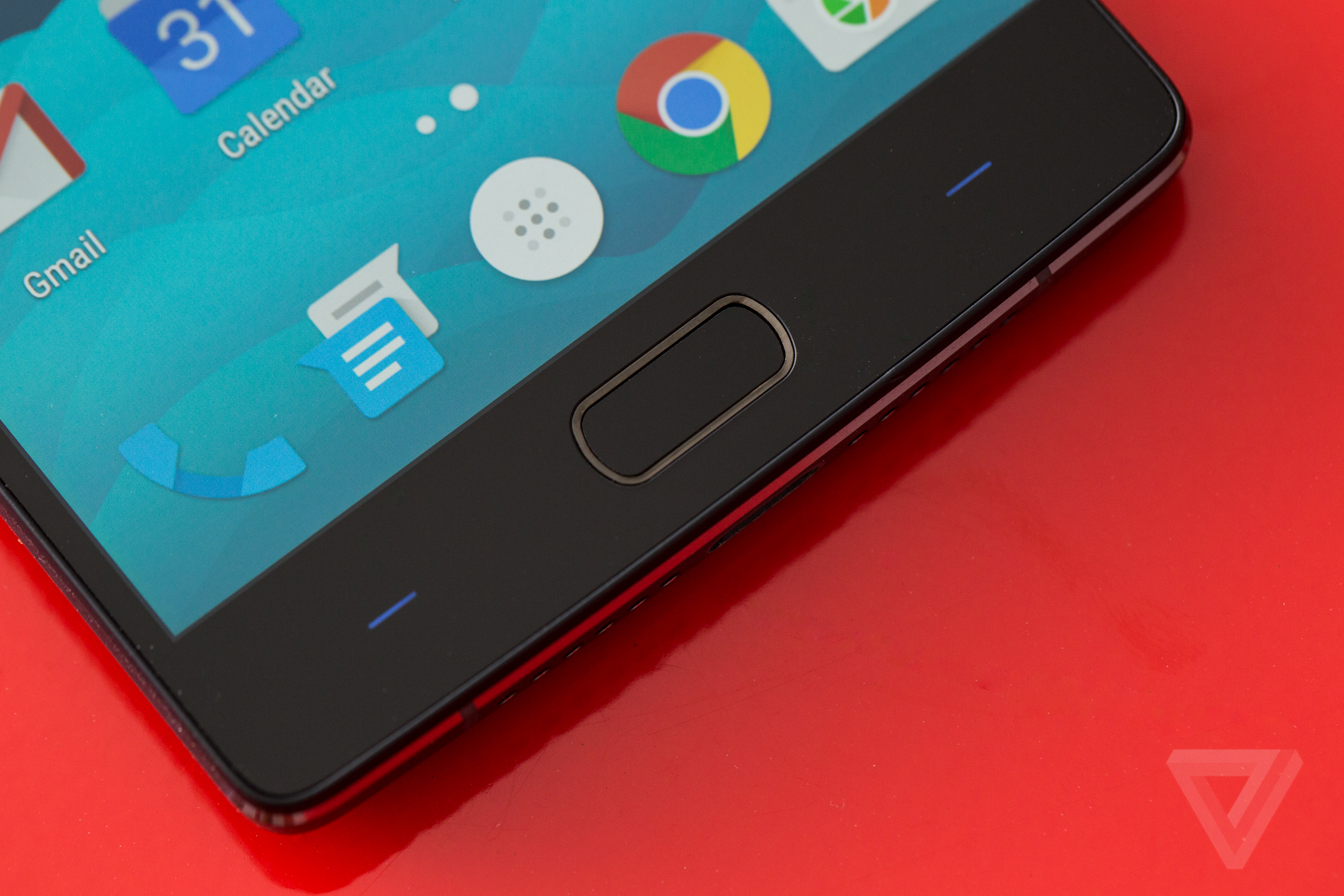 I’m less enthused with the USB port. Type-C is clearly the future of USB cables, and it has a lot of advantages, like the ability to be plugged in upside down and carry more information. But it’s the only way to charge the OnePlus 2 — there’s no wireless charging or even quick charging here — and it’s not easy to find USB Type-C cables yet like it is with Micro USB cables that are probably lying around in most rooms of your home or available at any convenience store. That may not be a problem in a year from now, but it still makes charging the OnePlus 2 more annoying than it should be. 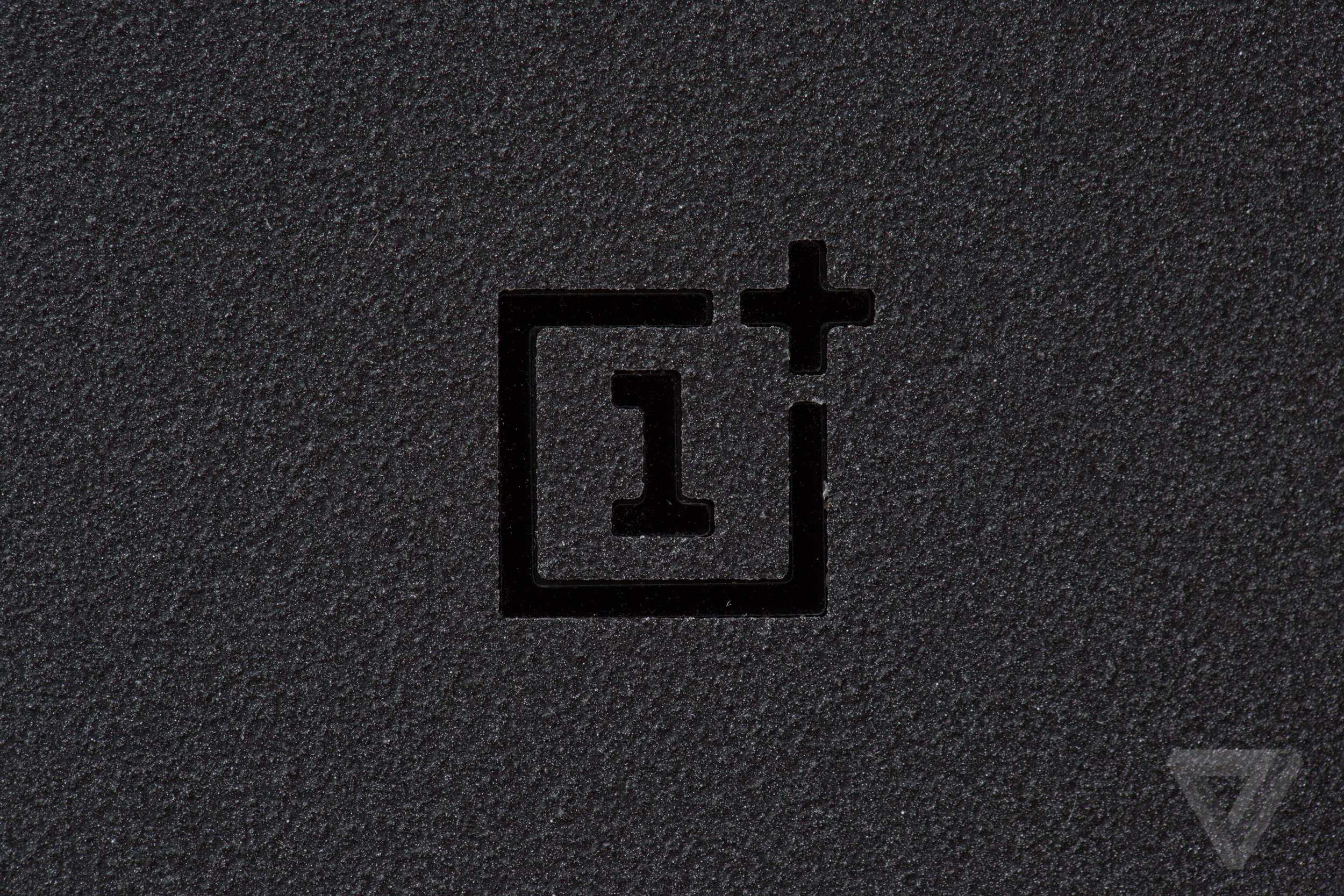 Fortunately, charging the OnePlus 2 is a once-daily affair for me. On most days, I’m able to go from the time I wake up to the time I go to bed without having to recharge. Still, I find it reassuring to have a way to charge in the car and at the office, so I got my hands on a few extra Type-C cables for this review just for the peace of mind.

Like its hardware, the OnePlus 2’s software can also be described as utilitarian — its Oxygen OS is a barely modified version of stock Android 5.1 Lollipop with just a few usability tweaks thrown in. You can decide to have on-screen back, home, and multitasking keys; rearrange the quick settings shortcuts in the notification panel; or choose to have a dark theme. The most ambitious change is the Shelf screen, which sits at the left of the homescreen. It collects recently used apps and contacts and makes it easier to access them, but that’s about the extent of its capabilities. You can, perhaps unsurprisingly, turn it off if you don’t want it.

Despite the apparently minor differences from stock Android, the OnePlus did have a few display issues with popular apps that use Google’s new Material Design theming. Apps such as Todoist, Feedly Reeder, and any other that uses the new theming options appear basic and grey on the OnePlus 2, instead of in the vibrant colors they have on other devices. OnePlus tells me that a software update is coming to address the issue, but for now, it’s a minor visual annoyance. 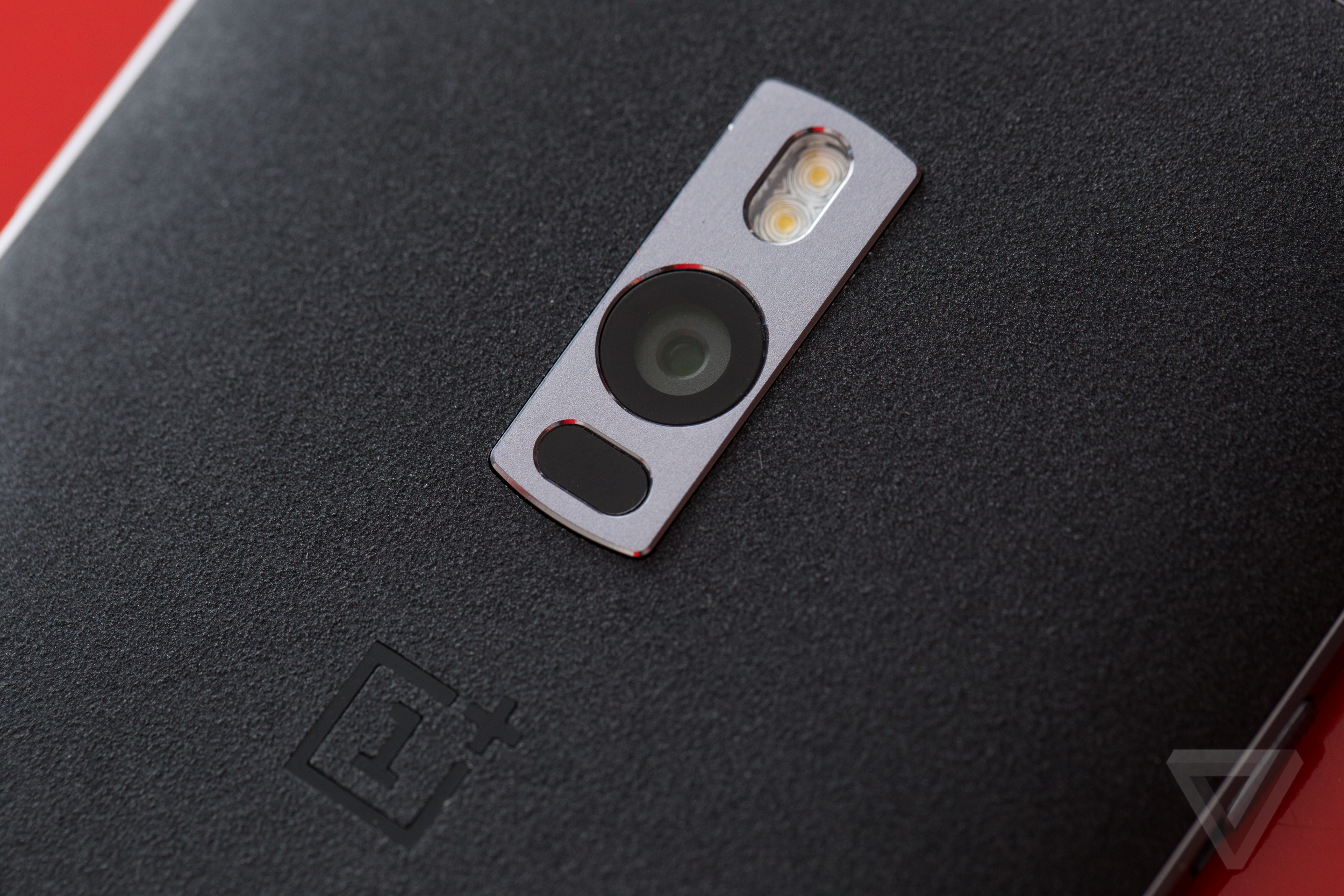 Part of being a flagship smartphone in 2015 is having a killer camera — both the iPhone 6 and Galaxy S6 have incredible cameras that put other phones to shame. The OnePlus 2 has a good camera on paper: it’s a 13-megapixel sensor behind a six-element f/2.0 lens with optical image stabilization and laser-assisted autofocus. In good lighting, it can take really great photos, even providing a shallow depth of field effect in close ups. In poor lighting, however, it doesn’t quite match the iPhone 6 or Galaxy S6, with dimmer images and less detail. It’s also a bit slow: there’s a noticeable lag between tapping the shutter button and the image being captured, which made it really difficult to get pictures of my seven-month-old before she moved out of frame. For every sharp picture I have of her, I have half a dozen blurry attempts. OnePlus’ founder Carl Pei has boasted that software updates are coming that will make the OnePlus 2’s camera "the best on the market," so hopefully the lag is something that will be addressed.

Thankfully, the camera is the only place where I experienced any sort of lag or poor performance. The OnePlus 2’s Snapdragon 810 processor and 4GB of RAM handled anything I needed, and the near-stock software didn’t bog the system down with unnecessary interface features. The phone can get warm under stress, like when playing a game, but it never gets uncomfortable to hold.

For reasons I can’t quite explain, OnePlus decided to drop NFC from the OnePlus 2, despite it being a standard feature on Android phones for years. I can’t say I agree with the decision — I missed using NFC to pay for my fare every time I was in a cab with the OnePlus 2, and with Google’s Android Pay on the horizon, it’s going to be something even more people look for. Right now, NFC is still a power-user feature, but it’s clear that OnePlus’ main customer base at this point are power users, making it a strange omission. 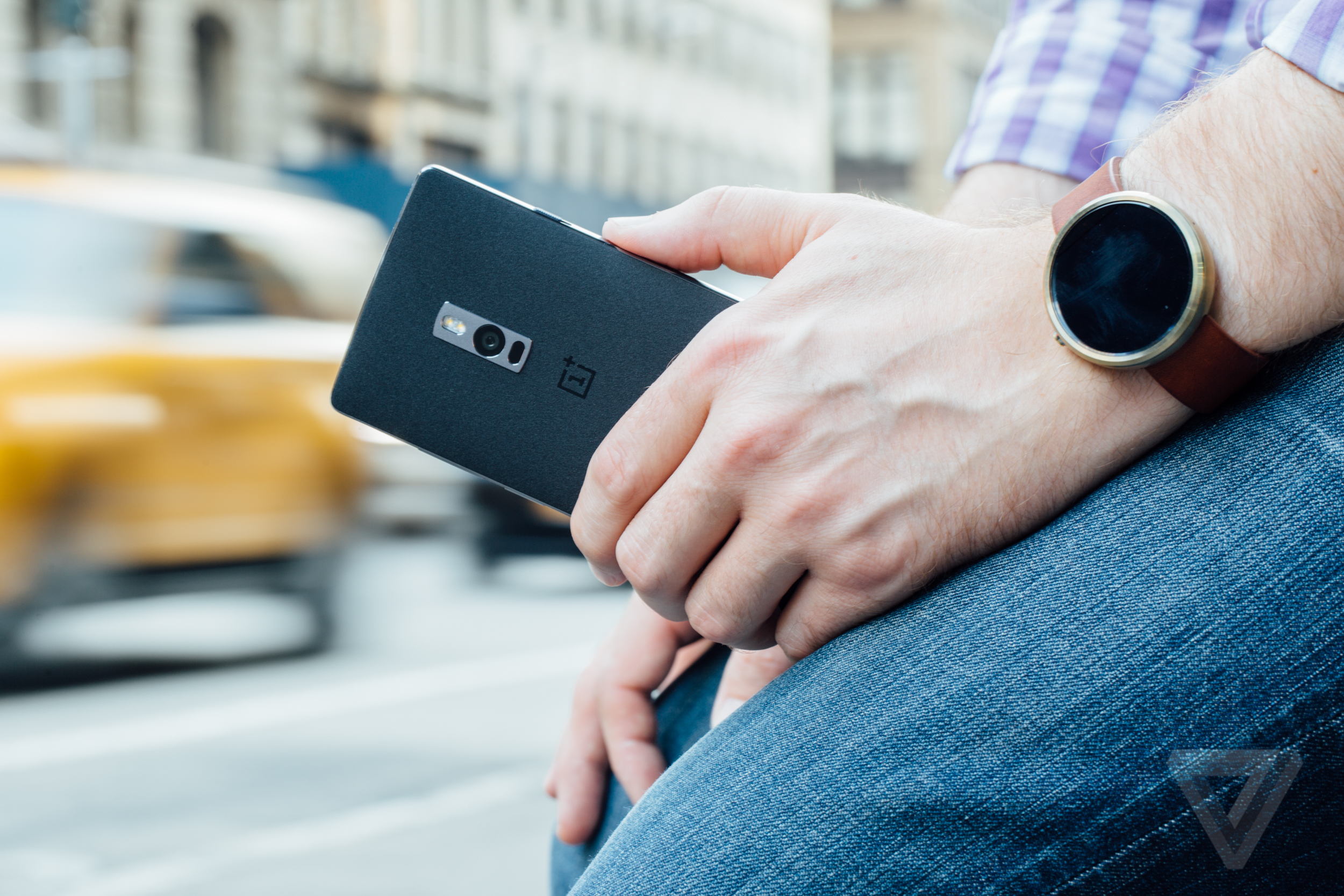 What does it mean to use a flagship smartphone in 2015? It likely means that you’re using a phone with a great display, fast performance, good battery life, good build quality, and a great camera. If I’m being honest, I have to say that the OnePlus 2 doesn’t hit all of those marks, but it hits most of them and does so at a price that’s just over half that of a comparable iPhone. It’s not a flagship killer by any means — this year or next — but it’s a really solid smartphone that does most everything you need it to do really well. It’s easily the best deal on the market right now if you want a high-end smartphone.

That makes me wonder: where do we go from here? Will companies like OnePlus continue to be able to push the price envelope further down, while still providing a high-level experience? As my colleague Vlad Savov recently pointed out, that price you pay for a smartphone goes into far more than just the hardware itself: it covers things like fair labor practices, support staff, future support with software updates, and hardware recalls.

As it is, OnePlus has to resort to unconventional means to sell its phones as low as it does, including convoluted invite systems, long lead times on orders, and zero retail presence. That’s fine for the enthusiast crowd that has flocked to OnePlus’ website to sign up for a chance to buy one, but explain that to the average person that walks into their carrier store to buy a new phone and you’ll likely be met with a blank stare.

Concerns for the future of the smartphone industry aside, if you are able to snag an invite and buy a OnePlus 2, you’ll be rewarded with a utilitarian device that’s more business than party, but is still pretty great. If the OnePlus 2 was priced at the same level as an iPhone or Galaxy S6, it’d be easy to forget about it and move on. But in the context of its extremely low price, it’s hard to really take much issue with its few faults, making it a winner in my book. And it didn’t have to kill anything to get there.

$389.00 at OnePlus (Invite Required)
Most Popular
From our sponsor
Advertiser Content From