When all you have is a stylus, every problem looks like a S Note

Samsung's Note line of phones has always been about three things: a huge screen, outsized performance, and a stylus. But now, with the Galaxy Note 5, two of those three things aren't so special anymore. Every Android phone is big now, and almost all of those big phones are fast and powerful. And more than any of them, Apple's iPhone 6 Plus has been eroding Samsung's claim to phablet dominance. The rest of the world caught up with the Galaxy Note.

Fighting all of that was always going to be an uphill struggle, so something had to change. To its credit, Samsung did just that. The new Note is different: it's a beautifully designed object that feels like it belongs to the same family as the other Galaxy phones. If you can't beat 'em with power and size, try to beat 'em with design.

Oh, and don't forget that stylus. 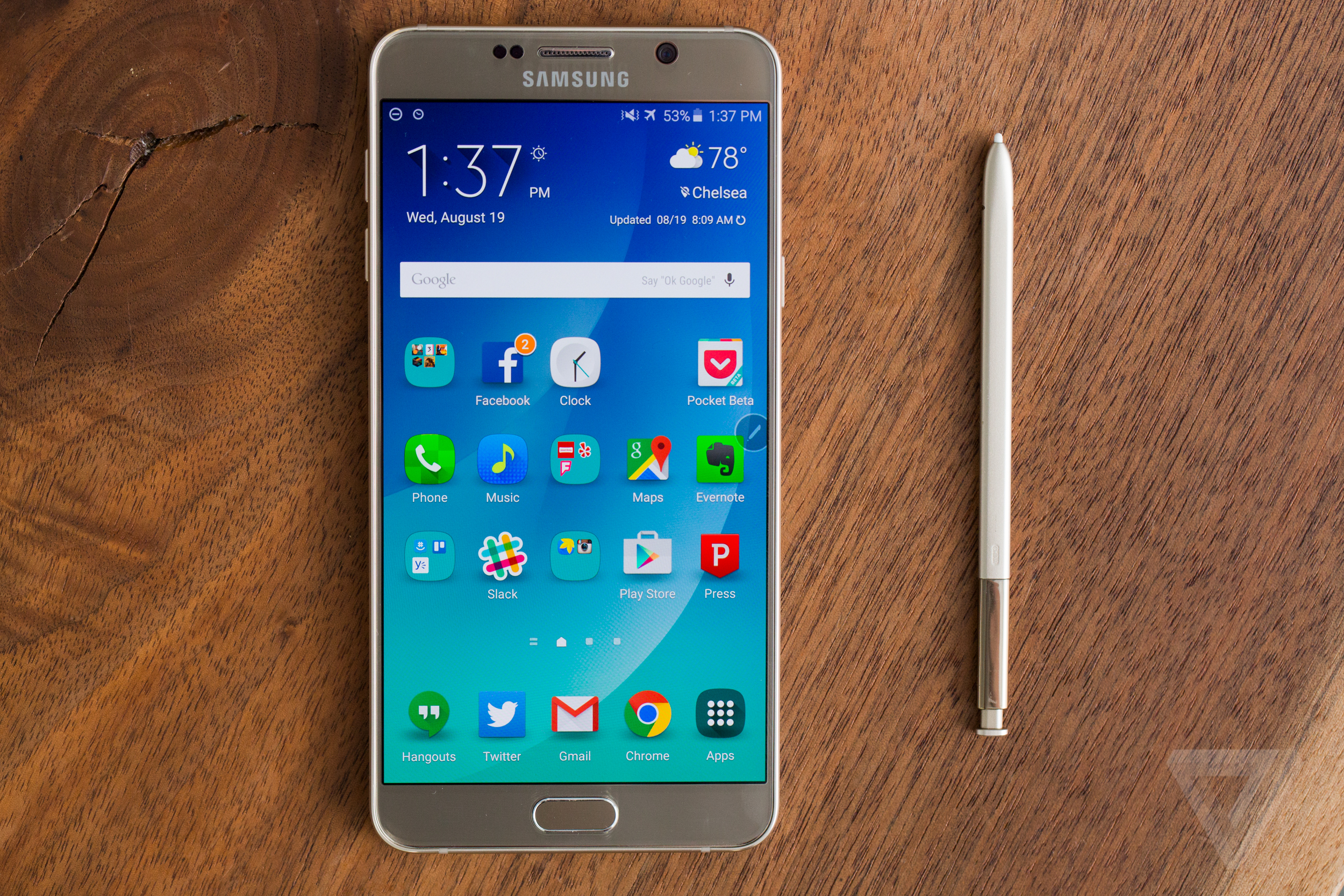 The Note 5 looks nothing so much as a blown-up Galaxy S6 — which is a shorthand way of saying it's a lovely combination of glass and metal. Of course, it has a huge 5.7-inch screen, but Samsung has reduced the bezels on all four sides compared to the last Note. That makes it more reasonable to hold in one hand (for basic tasks, anyway). The back is made of glass, too, and it curves in to meet the metal rim on the left and right, which also makes it easier to grip.

I don't find the glass too slippery to hold — but ask me again once winter hits and my hands are dry as dust. What I do find are fingerprints everywhere on the gold version, which isn’t coming to the US (the white version, I’m told, is less prone to fingerprints). It practically begs me to just give in and put a case on the thing. But that would be a shame: literally every person who I've handed the Note to has expressed pleasant surprise.

The design is stunning and humane, but there are trade-offs 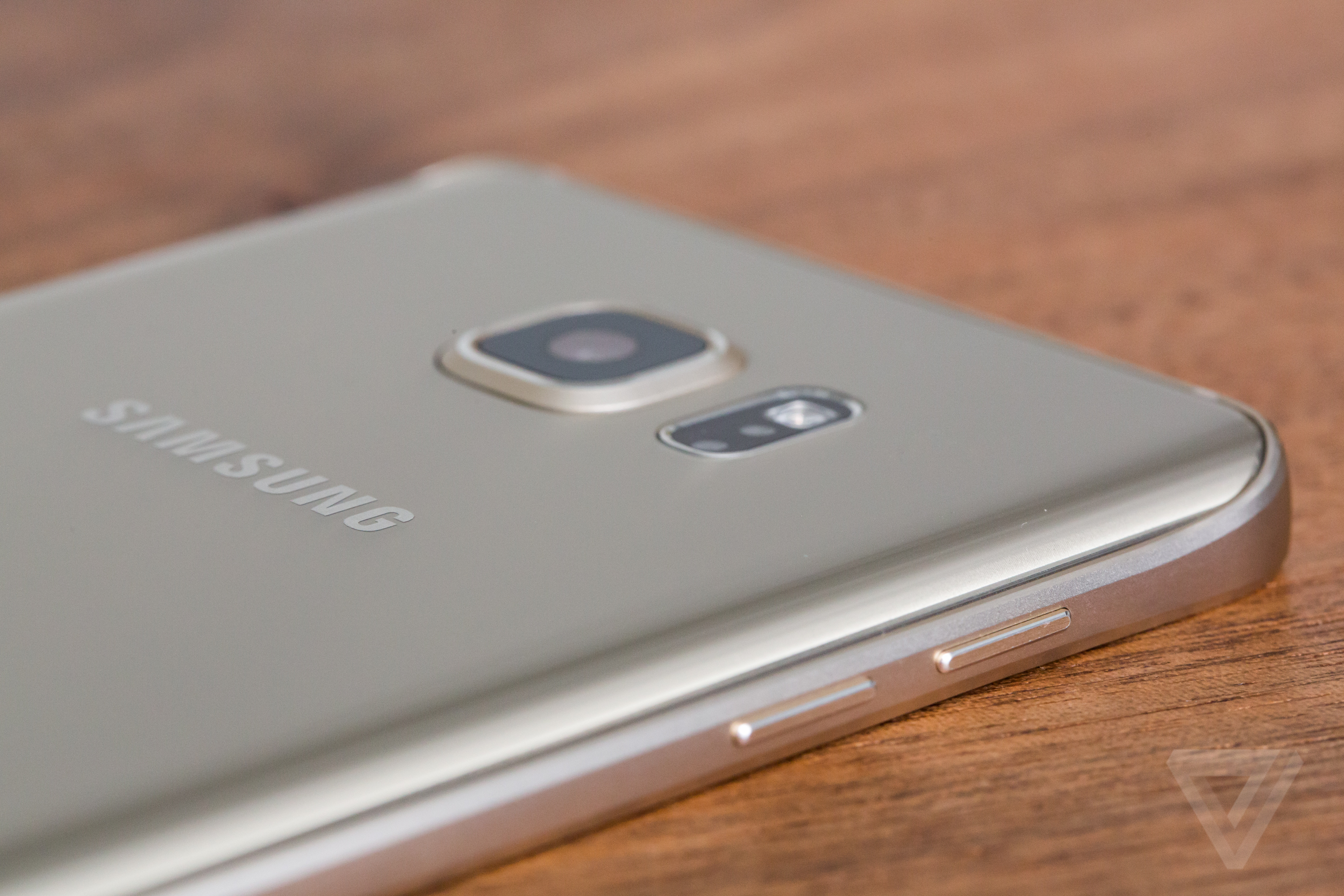 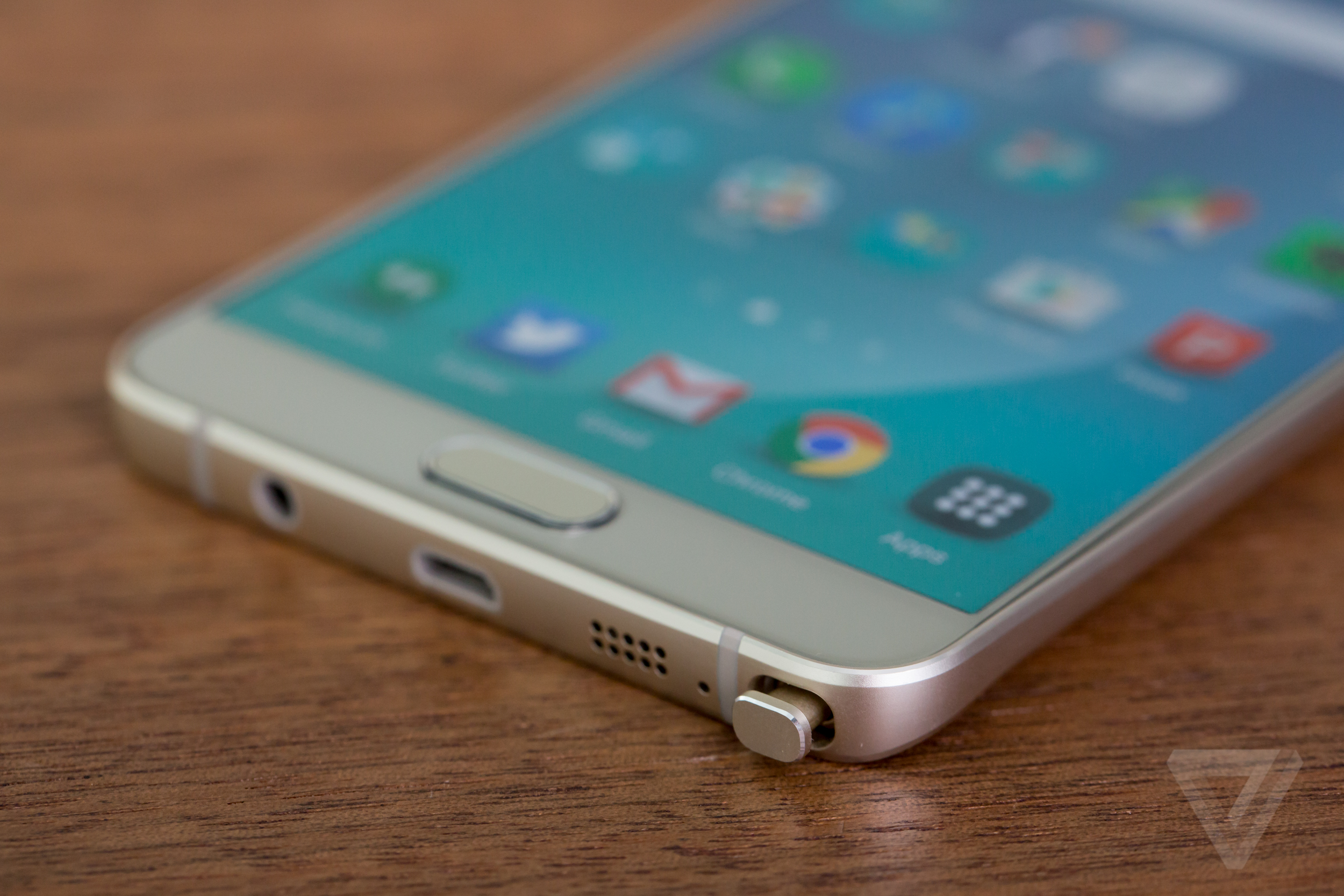 The Note 5 is squarer than an iPhone, and even though it also has a fingerprint-sensing home button, it's unmistakably a Galaxy. There's no getting around the size of the thing, but it's thinner and imperceptibly lighter than the Note 4. It's a more humane device than previous Notes — designed with a belief that a phone this big doesn't need to be some kind of aggressive, industrial object.

But there are trade-offs built into that design. The glass-and-metal shell fully seals the internals. Unlike previous Notes, you can't replace the battery when it runs down and you can't expand on the built-in memory with a microSD card. Both of those features haven't been priorities for phone companies for a long time — but the Note was always supposed to be different, unapologetically meant for power users. The storage limitation in particular stings since Samsung doesn't offer a version with 128GB; 32GB and 64GB are the only options.

Those same power users might also gripe about the fact that the processor (Samsung's own Exynos) isn't upgraded when compared to the Galaxy S6. I don't have any such qualms: the Note 5 is snappy in every regard. That's particularly impressive when you think about how many pixels it has to manage on the 2560 x 1440 screen.

The screen is unsurprisingly gorgeous. It’s Samsung’s usual Super AMOLED setup, but as with its other recent phones, Samsung has figured out the right color balance and brightness settings for most users. It’s vivid without being garish and has a minimal air gap between the glass and pixels.

It also has a massive 4GB of RAM — which is the one power user thing that everybody can be happy about. We've all learned that maxing out RAM on our computers makes everything faster, since it needs to access the slower hard disk less often. Yet phone makers (I'm looking at you, Apple) have been remarkably stingy when it comes to RAM. Using a phone that doesn't stint on the RAM is refreshing. Android just feels so much better when it's not struggling to keep apps loaded in the fastest memory available. 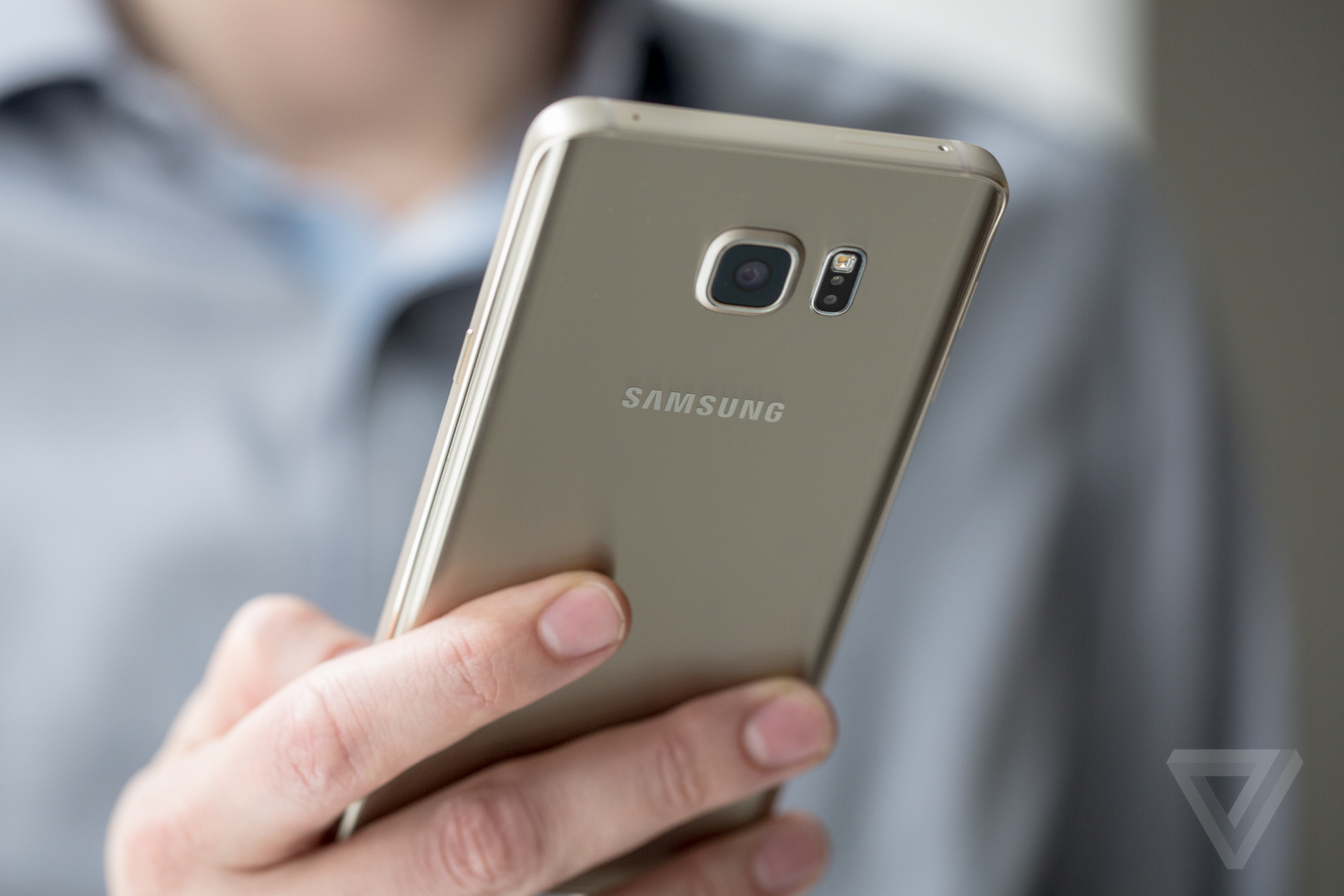 The other complaint about the Note 5 is the battery size: it's 3,000mAh, which is actually smaller than its predecessor (and, again, you can't swap it out in a pinch). I can allay some of those concerns — but not all. The Note 5 held up for over 8 hours in our looping website battery test, and in real-world usage, I managed a whole day without a problem. But two days — or even a day and a half — is tougher to promise. 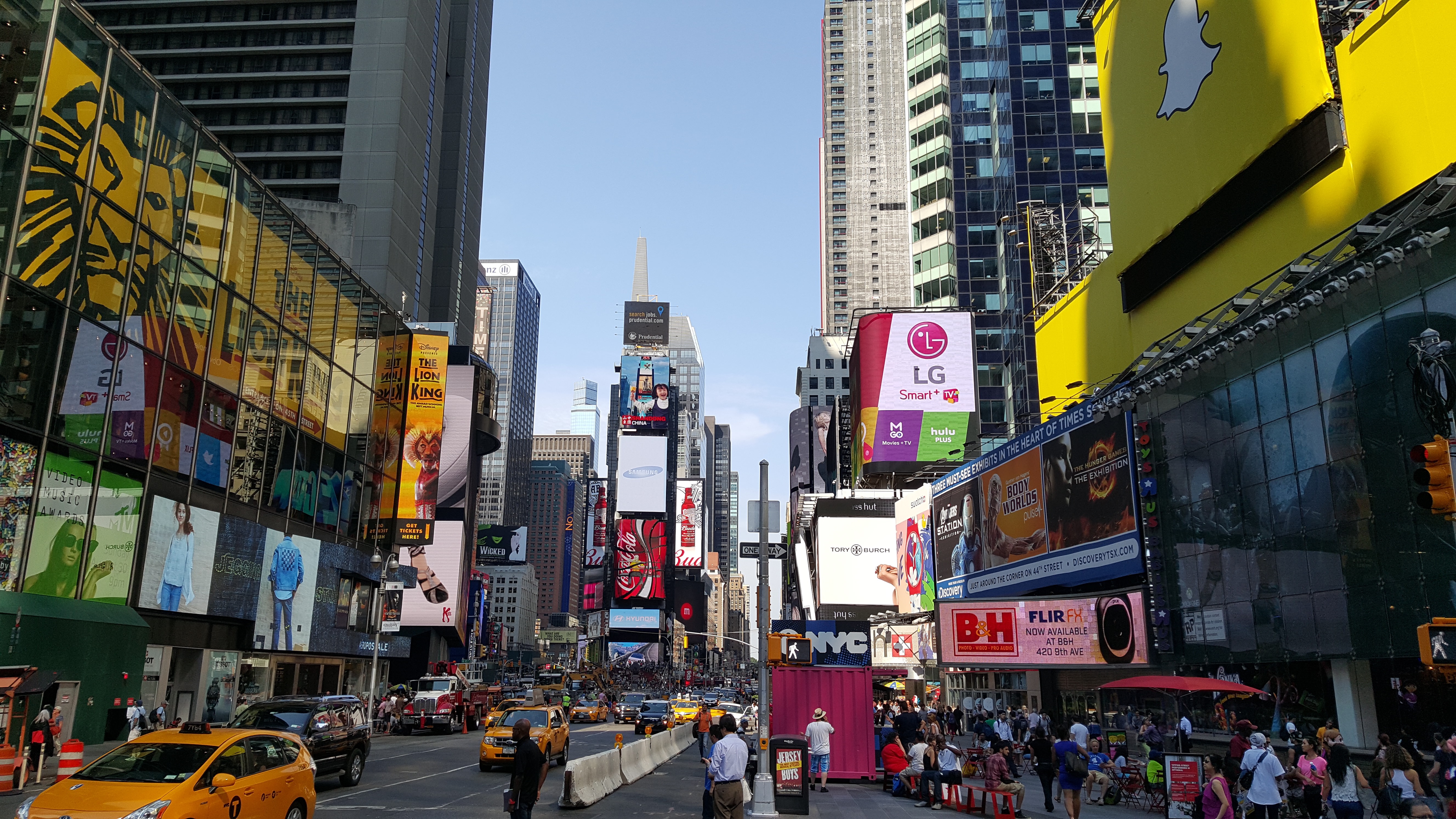 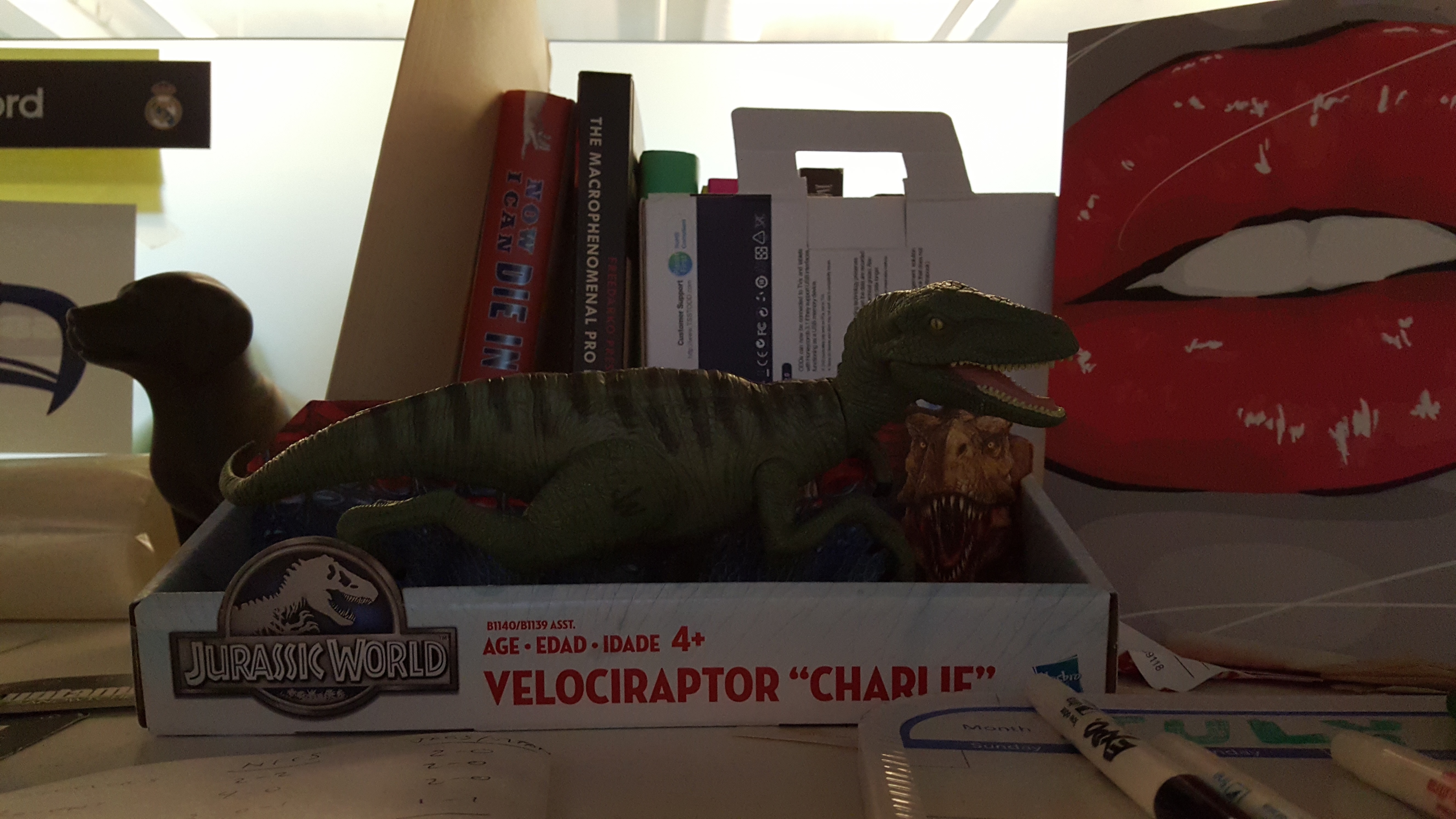 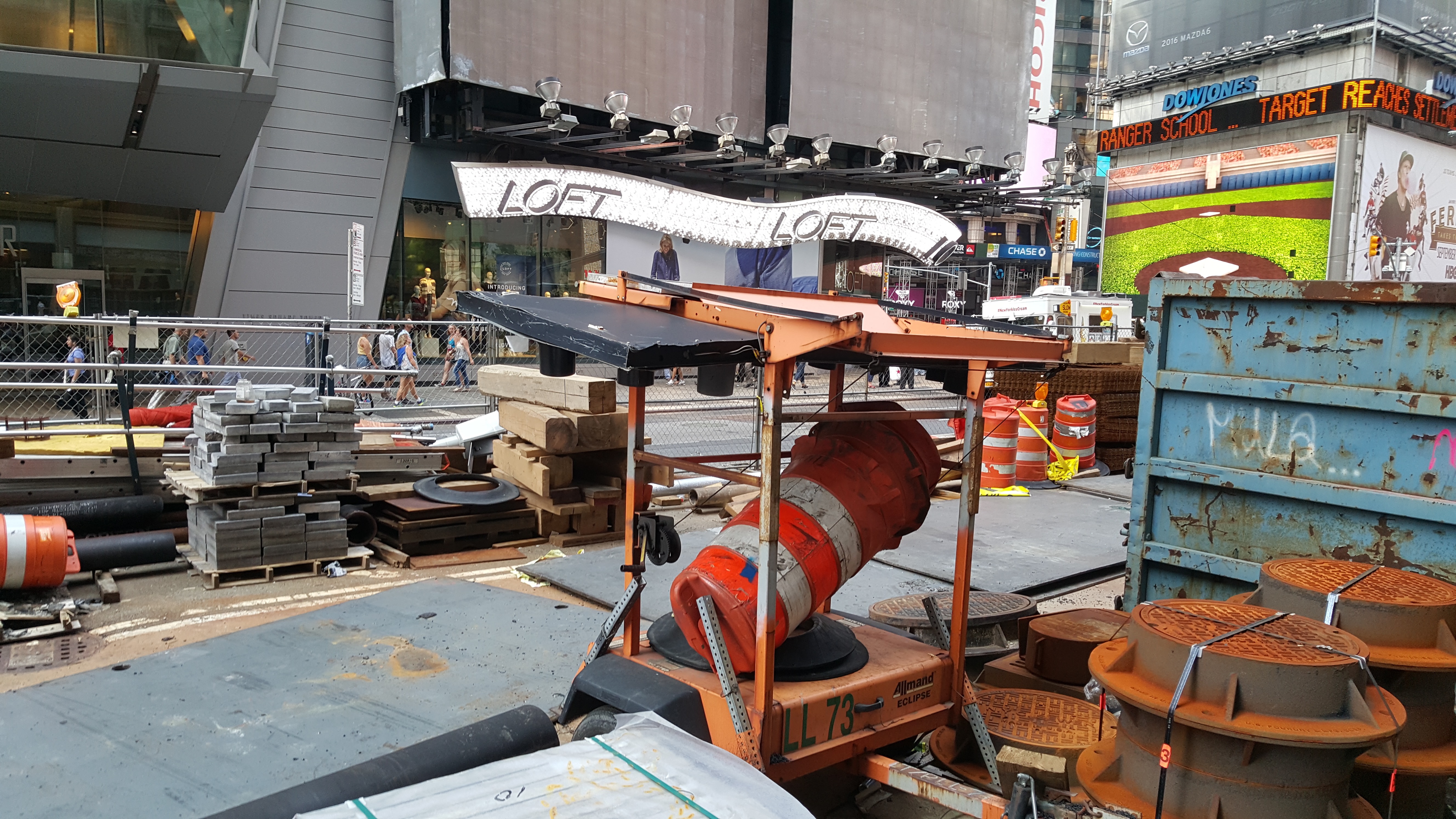 Samsung clearly has done some optimization to get the most out of the battery, but I can't let go of the idea that gigantic phones should have equally gigantic battery life (despite the fact that larger displays often suck up more battery life at same time). Sadly, that doesn't seem to be the norm across the industry right now. Samsung does try to make up for it with really impressive fast charging. It tops off ridiculously quickly off the right charger. It even charges faster than other devices on a wireless charger, which are usually quite slow.

The 16-megapixel camera should elicit zero complaints from any user. It's fast, full-featured, and takes very good photos. It uses the exact same sensor from the Galaxy S6, though the software has been slightly updated to support more manual controls, offer RAW output, and use OIS in video. The overall interface, however, is just as simple as before, and I’m glad that Samsung decided not to mess with a good thing. Colors in daylight or even medium lighting are vivid, and everything is crisp and sharp. My favorite part is that you can mostly leave HDR in auto mode and not have to worry about it slowing things down too much.

Like the S6, the Note 5 is slightly over-aggressive in trying to brighten up low-light photos, which can make them a little too yellow and occasionally blurry — but those are extreme cases where even the iPhone 6 Plus struggled and usually put something out that was too dim anyway. You can still tuck into full manual control settings and the usual bevy of filters and camera tricks — the latest is live streaming to YouTube. The live YouTube interface could use a little work, though. It’s confusing to set up and configure a stream, and it also struggles to work well on anything but the fastest connections.

But seriously: just double click the home button, leave the camera in full auto mode, and shoot away. There are still not enough Android phones that let me give that kind of easy advice. 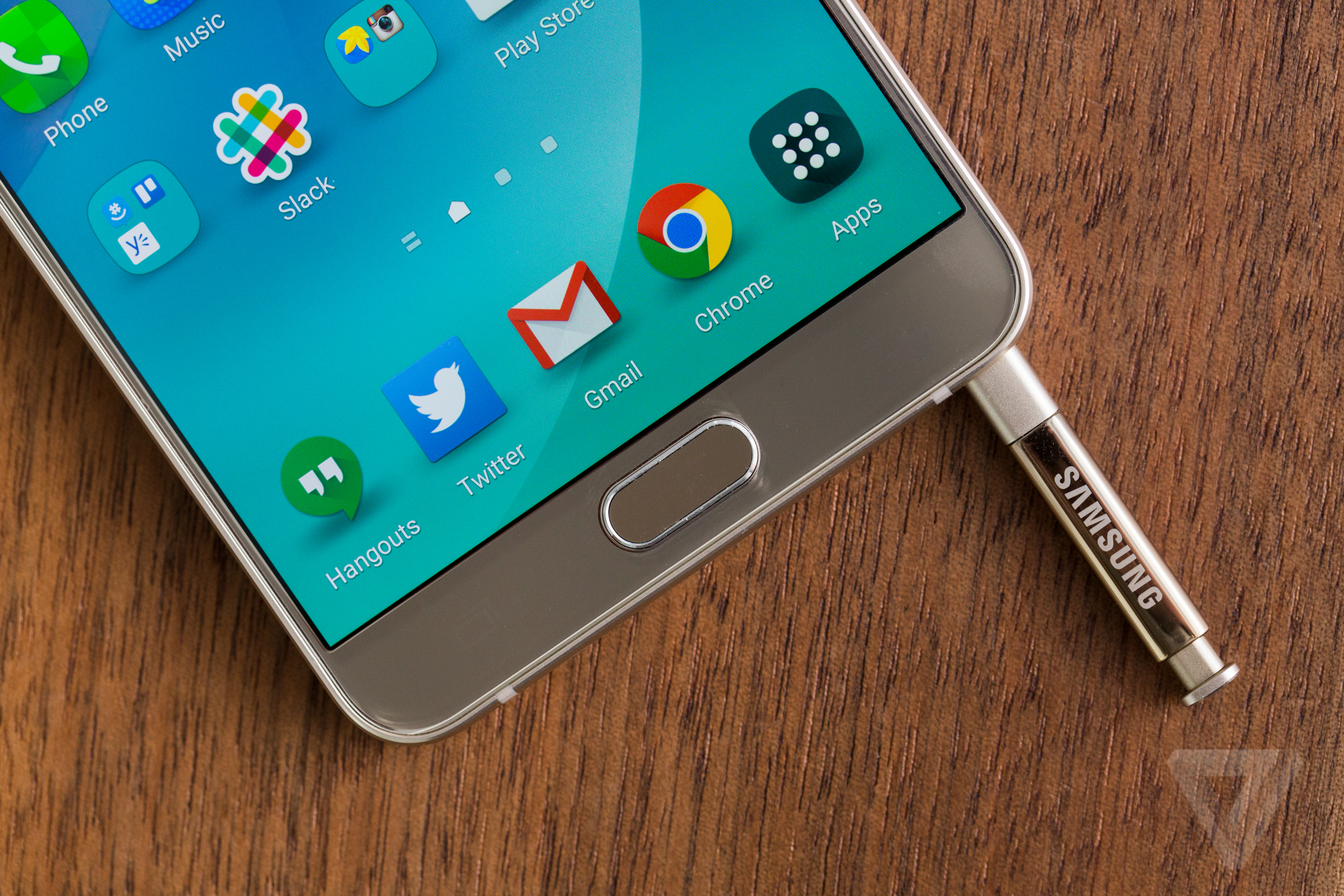 Now that it can't hang its hat on power or size, the Note 5 differentiates itself with the S Pen stylus. Samsung’s stylus story is better this year than it has even been. It's still plastic, but it slides out of the silo after clicking the ballpoint pen-style top. It's fun to fiddle with, but having to click it to pull the stylus out is actually kind of annoying; I'd actually prefer not to have that extra step. 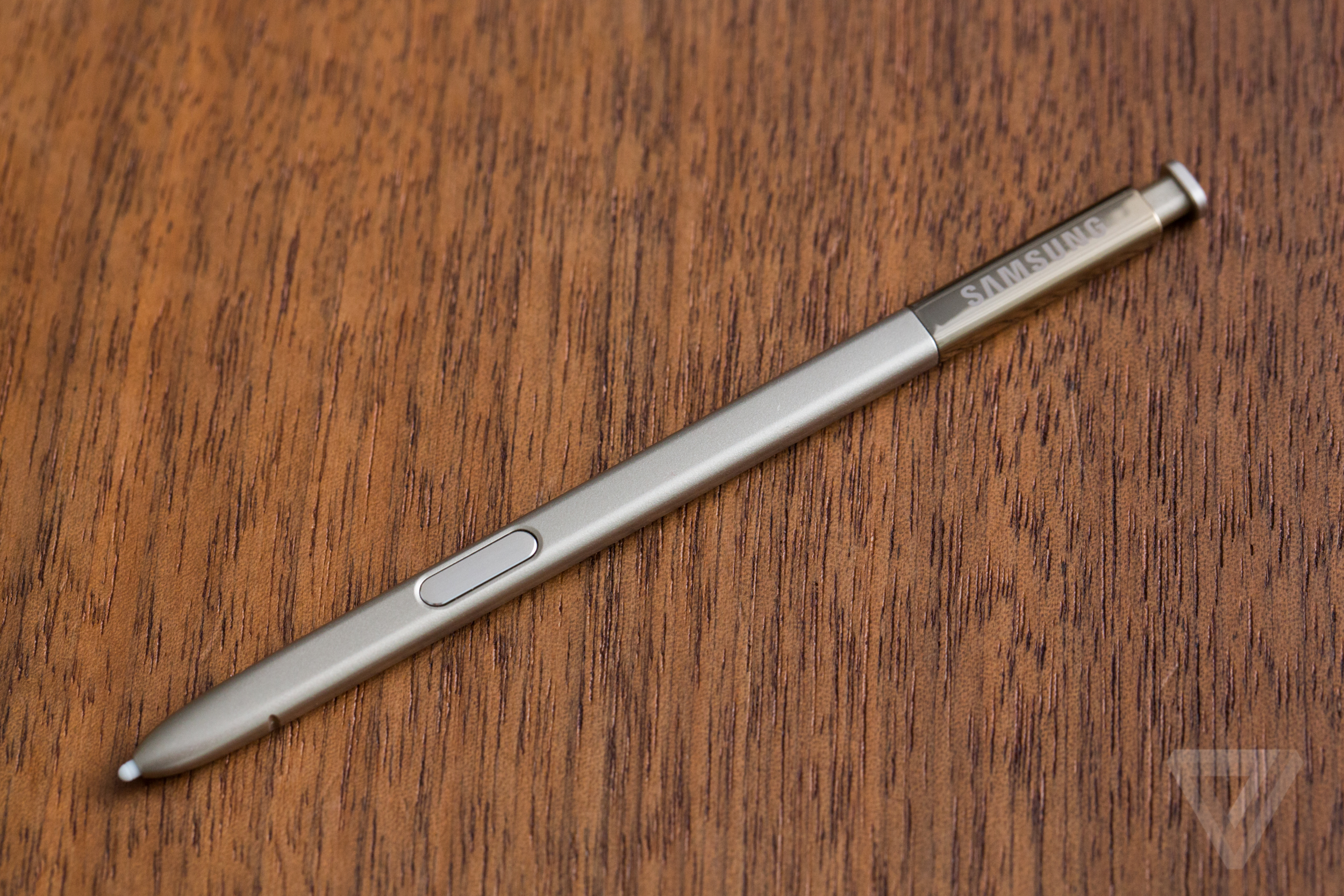 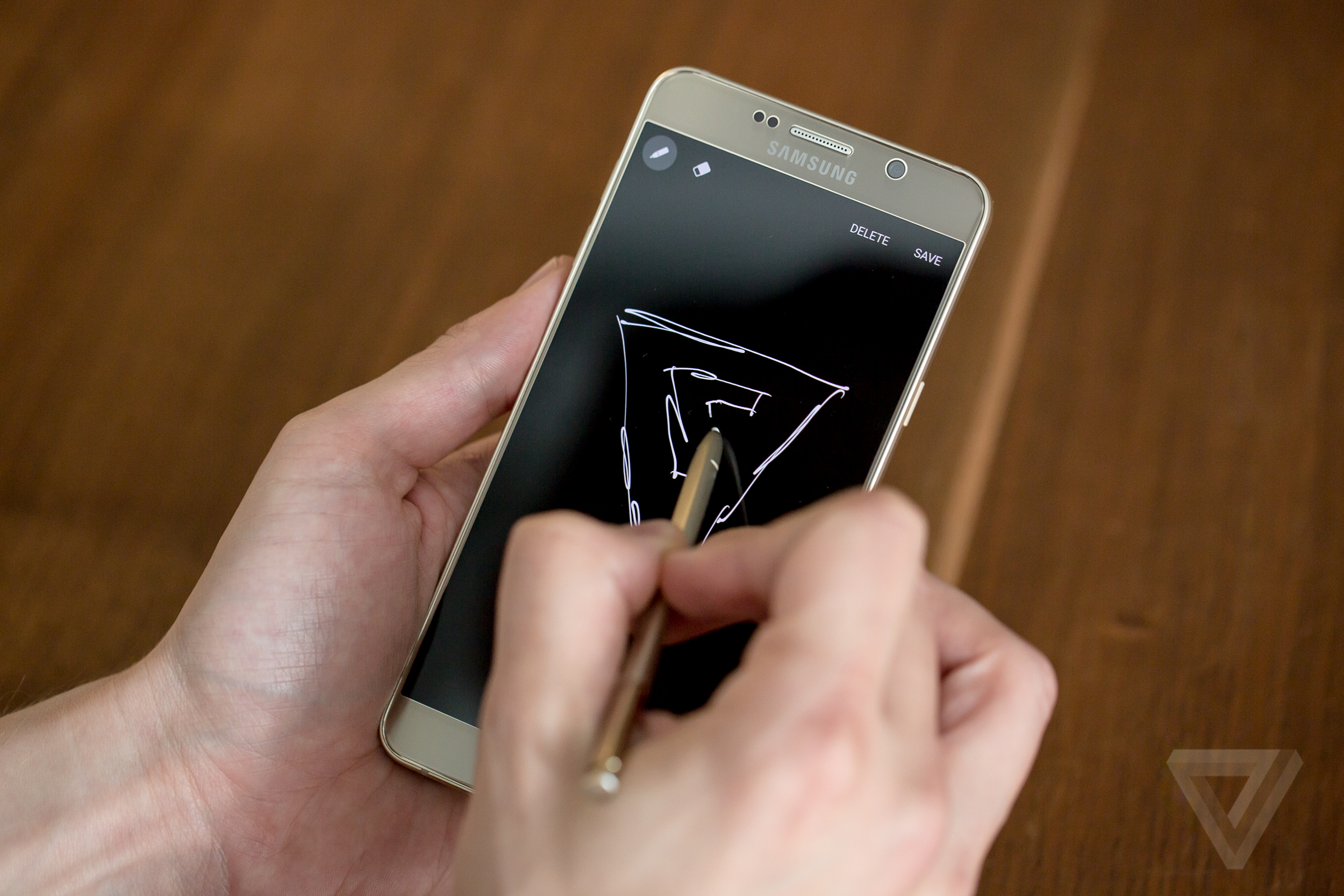 It only took four iterations, but I feel like the software support for the S Pen is finally where it should be. There are enough third-party apps that support it to find something you like, and Samsung's own features are genuinely useful. There's still work to do, though. In Google Docs, which is my main document app where I dearly want to use the stylus to mark up and comment, getting the stylus anywhere near the screen makes the entire phone vibrate. It just flat out doesn’t work even for a simple cursor position.

Here are just a few examples of what you can do: If you pull the stylus out when the screen is off, you can immediately sketch a note down on the locked screen. The little wave of shortcut buttons you get on the screen when the S Pen is out can be customized, too. The phone will alert you if you forget the stylus at your desk. And you can (finally) annotate PDFs directly.

My favorite new S Pen feature is the ability to grab screenshots of entire web pages — or anything else that might scroll off the screen. You can capture a bunch and it launches you directly into an annotation screen where you can mark it up and then save it or send it off.

Look, I get it: the S Pen is still a hard sell for most people. If I'm honest, I'll admit that most of my affinity for the stylus comes from the idea of using it more than actually using it (and, yes, some Palm Pilot nostalgia). But if you find yourself wanting to mark up documents on a phone, it really is pretty great.

Update, 8/25/15: After publishing this review, we learned that if you insert the S Pen back into its silo backwards — even gently — it can catch and break the detection mechanism that makes the whole S Pen system work in the first place. So be very careful with it. As of August 25th, we're waiting on a response from Samsung about whether or not it has any policies around this design flaw beyond "follow the instructions in the user guide." 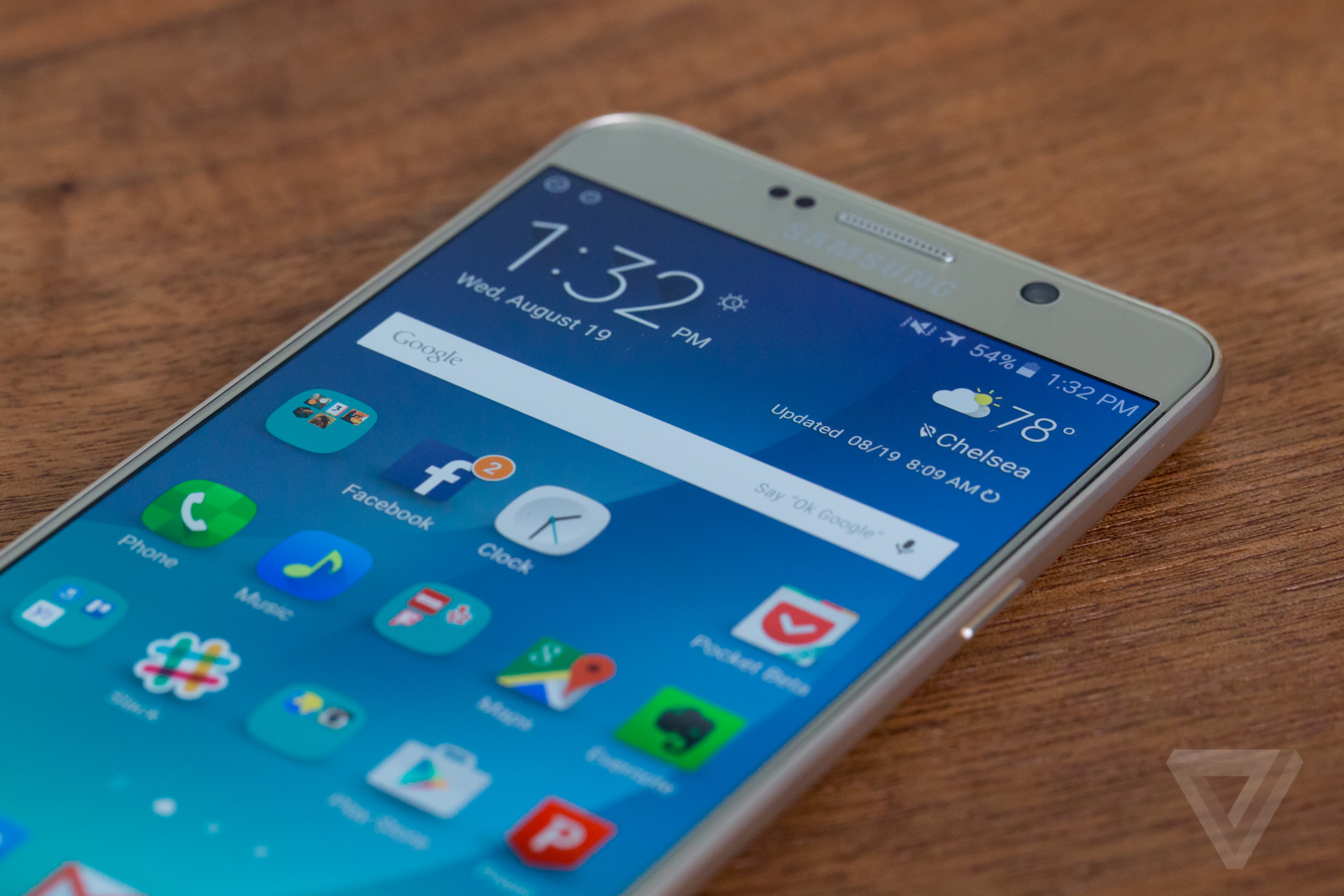 The Note 5 is running on Android 5.1 with Samsung's suite of software — essentially unchanged from the S6 here as well. Samsung's lighter touch is still much appreciated, though its color choices on the default theme are nevertheless a nightmare of pastel blue and neon green. Fortunately, the theme store is much more filled out now than it once was — so there are third-party options to tone it down to something more civilized.

A lighter touch on software

Otherwise, most of the "Samsung Weird" stuff is still hidden away and out of your face — and there's S Voice and a search field in the settings area if you need to hunt any of it down. Honestly, the fact that I can leave my feelings about Samsung’s software to the end of a review and don’t feel the need to heap opprobrium on it is kind of stunning. If the company can keep up (or even extend) this restraint, I’ll be seriously impressed. Samsung is also including 100GB of Microsoft OneDrive storage, the better to make up for the lack of a microSD card slot.

The model I tested was the international version of the phone (the gold one you see pictured isn’t coming to the US), so I can't speak to whether or not US carriers will lade their usual software hassles on top of Android. My guess is that Samsung will let them, and that's a shame. Speaking of the carriers, they’re setting the prices for the Note 5 in the US, which range from $696 on Verizon to $739 on AT&T. 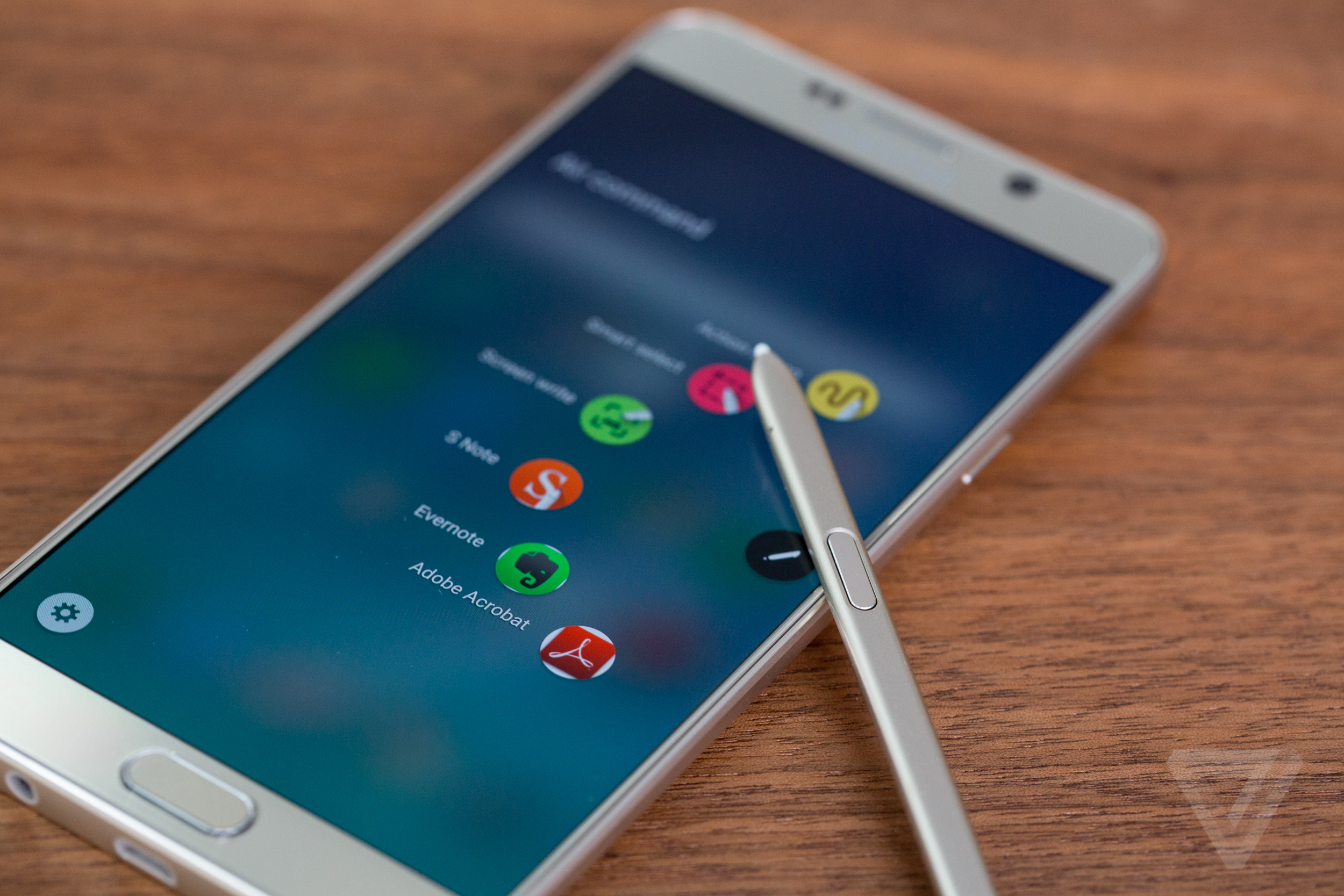 The story of the Note 5 is the story of what Samsung can do when it holds itself back. Instead of tacking on endless features and juicing up every spec to the max, Samsung’s refining the ones it’s already created. It's making compromises on the battery and memory so that it can create a more approachable phone. And it succeeded: the Note 5 is probably the most consumer-friendly Note ever. I really love this Note 5, but I can’t shake the feeling that I miss the old, unfettered excessiveness of the old Note. It’s just a little less Note-like than before. The Note used to be something like a computer mainframe in your pocket; now it’s just a really great phone.