A looker, not a doer

A year ago, the conversation about Samsung revolved around design. Or more specifically, the lack of it. Devices such as the Galaxy S5 were technically solid and performed well, but were just plain ugly. Samsung’s insistence on sticking with plastic materials didn’t help either — nothing makes an ugly phone worse than when it feels as cheap as it looks.

A year later, the conversation is completely different. Facing slumping sales, Samsung refocused its efforts and put an emphasis on design for its 2015 smartphones. The Galaxy S6 and S6 Edge released earlier this year are the most beautiful phones Samsung has ever made, complete with premium materials such as metal and glass. Many even consider them to be in the same league as Apple devices.

Now Samsung has launched the Galaxy S6 Edge+, a larger version of the first S6 Edge. It’s remarkably similar to the earlier model, just with a bigger display and battery. But it’s more visually alluring than the S6 Edge and represents the pinnacle of Samsung’s design and manufacturing capabilities. The unique, sloped sides of the display, which give the Edge its name, are something only Samsung has been able to manufacture at scale, thanks to its massive display manufacturing division. On the bigger phone, they stand out more and look even more impressive. The Edge+ practically screams “hey look at me” whenever I pull it out of my pocket or leave it on a table. I’ve yet to meet someone that doesn’t find the Edge+ stunning to look at.

It also has all of the same usability issues as the S6 Edge, only on a larger scale, and it comes with a steep price tag: pricing starts at over $750 for the base 32GB model at all four major US carriers. That’s higher than the Note 5, which has similar hardware but a different design, and higher than almost every other high-end smartphone you can buy, save for Apple’s iPhone 6 Plus. 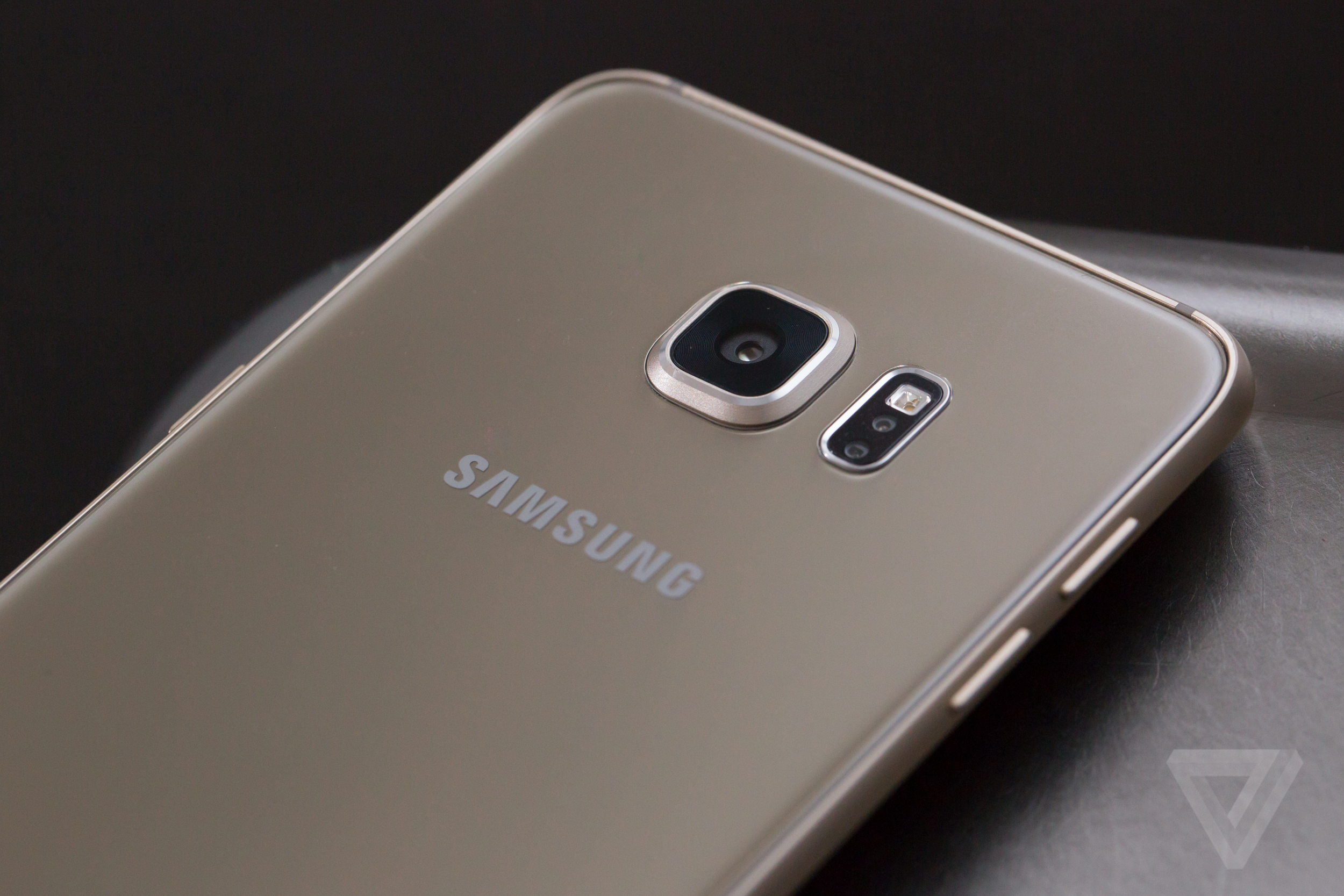 On a technical level, the Edge+ hits all of the right marks. Its Samsung Exynos processor and 4GB of RAM ensure fast performance. Its 16-megapixel camera with optical image stabilization takes tremendous photos and great video. Its 5.7-inch, quad HD Super AMOLED display is bright and beautiful and stunning to look at. The glass-and-metal construction is top notch, ultra-premium, and feels as good as it looks. The Edge+ even has a great fingerprint scanner that’s fast and accurate. 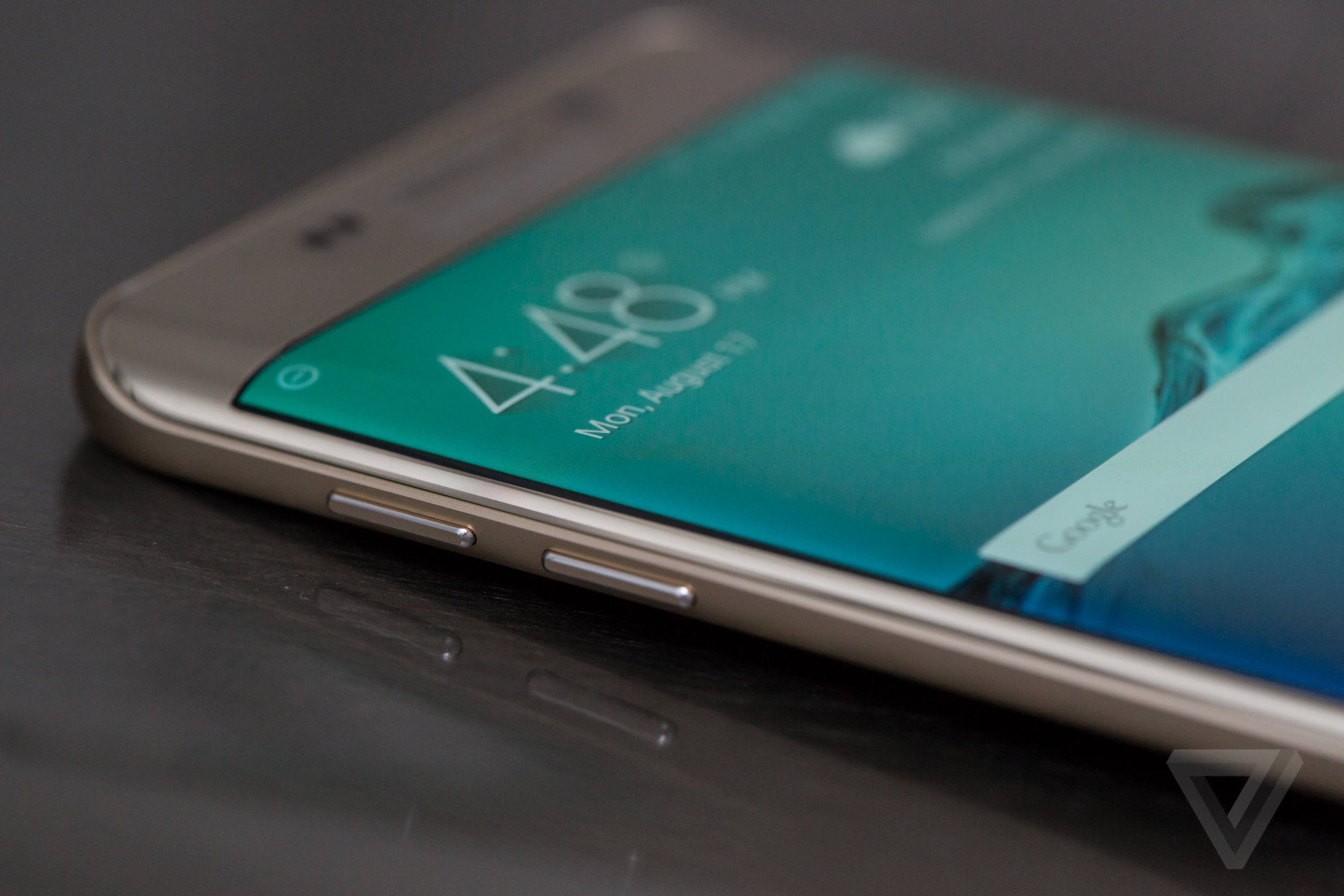 The S6 Edge+ hits all the right performance marks

None of those things will come as a surprise to those familiar with the smaller Edge — virtually everything save for the 4GB of RAM and larger size of the display is a carry-over from the original model. What the Edge+ does add is more reliable battery life: its 3,000mAh cell is able to last me a full day without issues, something that was a bit of a struggle with the S6 Edge. It’s not a removable battery, but it can be recharged any way you want: rapidly with a USB cable or wirelessly with a compatible pad, making it very convenient to top off.

The usability problems I mentioned earlier won’t come as a surprise either — the Edge+’s sloped edges may look really cool when it’s sitting on my desk, but in practice they make it awkward to use. Its convex shape means you have to use a deliberate and unnatural pinch to pick it up off a flat surface, and unlike the Note 5 and other phones with curved backs, its flat back doesn’t naturally rest in the palm of your hand. But man, does it look cool. 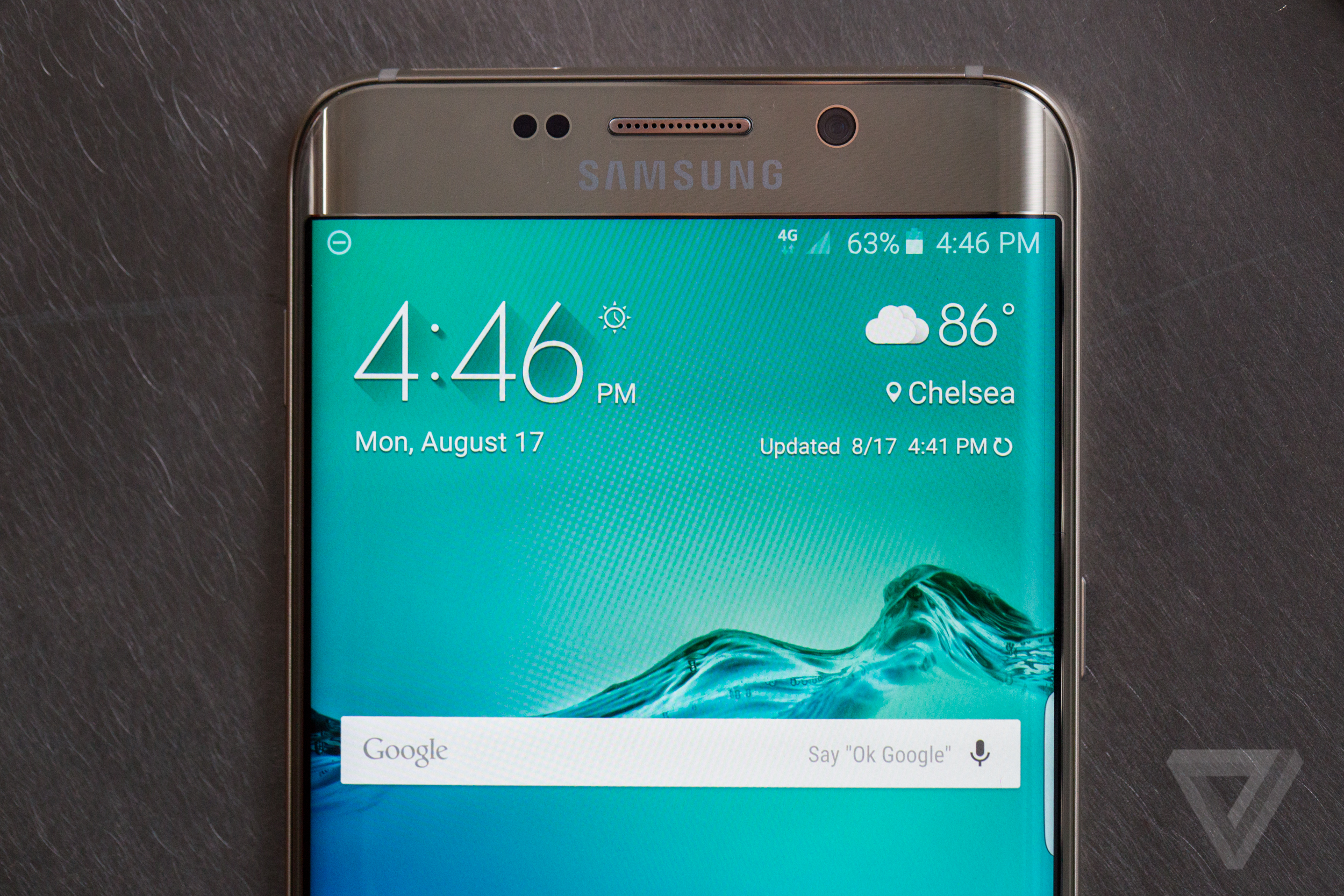 Samsung touts the curved sides as better for watching video, as they hide the bezels of the phone and make the video more "immersive." I disagree: even though hiding or shrinking the borders around a display does tend to make everything look better (just look to Dell’s recent XPS 13 laptop or Venue 8 tablet, which both pull off the trick to great effect), the Edge+’s curved sides actually stand out more because they distort the image on the edges. Further, the curved sides don’t fully hide the frame of the phone, and depending on what you’re looking at, can be brighter than the rest of the display. 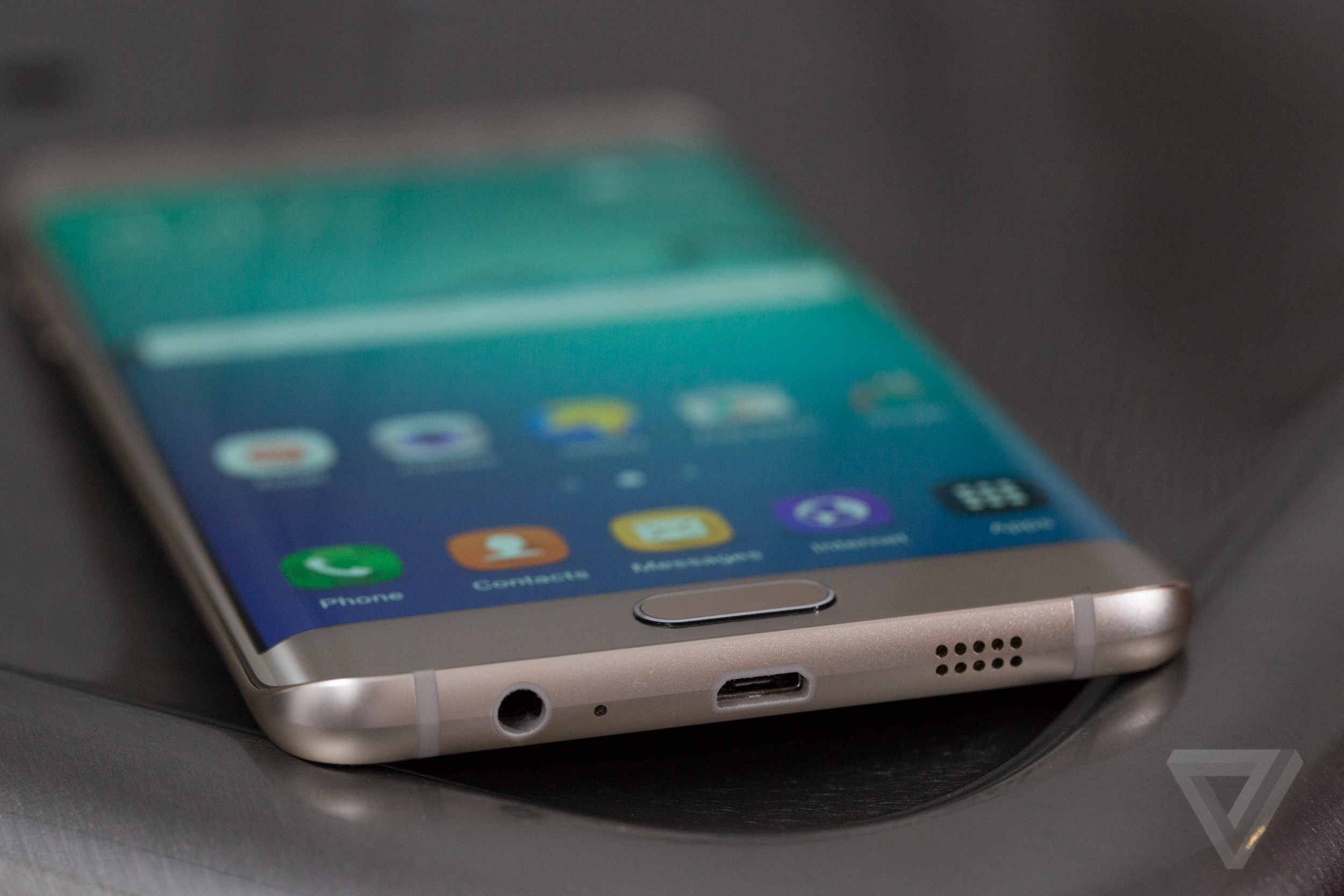 The Edge+ does have a couple of new software tricks to take advantage of its unique design, but I don’t find them very compelling. The shortcuts to favorite contacts, which you can access by swiping in from the side of the screen, have been expanded to include apps, so you can launch any app you want without having to dive back to the home screen. It’s cool and can be useful, but it certainly doesn’t need the screen to be curved to work. You can replicate its functionality pretty easily on a normal, flat smartphone with a variety of apps available in the Play Store.

Samsung’s also built in live streaming to YouTube direct from the Edge+’s camera app. It’s not the first manufacturer to do this — Sony’s included it in its Android phones for some time — but it does make it rather painless to instantly start broadcasting to YouTube. I’m not convinced it will sway a lot of Periscope users, however, as it lacks the social aspect that draws many to that app.

The software doesn't justify the need for a curved display

Otherwise, the software on the Edge+ is very similar to the software on the rest of Samsung’s high-end smartphones this year. It’s still TouchWiz, but the annoyances of the past have been toned down dramatically, and the new theming engine makes it fairly easy to mimic a "stock Android" look if that’s what you want. This year marks the first time Samsung’s software doesn’t drive me completely insane. 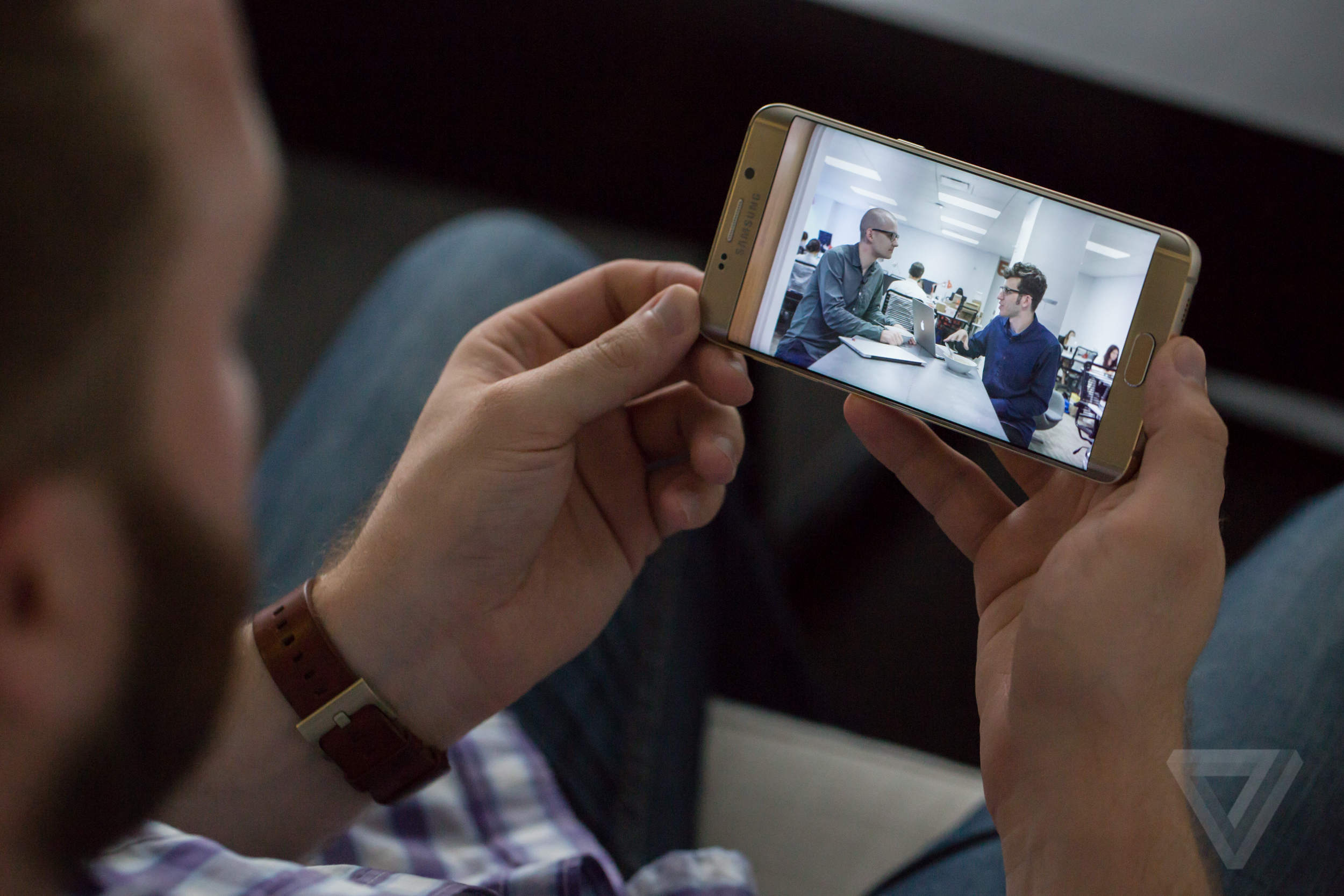 With the Galaxy S6 Edge+, Samsung has thrown its full might, both in technical specs and design and manufacturing chops, into a single device. It's without a doubt a very capable and beautiful smartphone, perhaps one of the prettiest smartphones ever produced.

But the thing about designing a product like a smartphone is that it needs to be just as functional as it is beautiful. It's a device that people spend more time with than anything else — I hate to admit it, but I spend more time looking at my smartphone than my own children, and I'm far from the only person to do that. Samsung actually makes smartphones that are both beautiful and functional: the standard Galaxy S6 is a great example, and the just-announced Note 5 is a practical complement to the Edge+'s extravagance. The Edge+ may have head-turning looks and a museum-quality finish, but when it comes down to just being a smartphone I’d want to live with and use for many hours every day, it sadly falls short.