It’s easy to dismiss Gears of War. In another world, I would have, too. Gory video games about neckless space marines shooting reptilian aliens tend not to be my thing.

But it was harder to dismiss Gears of War nine years ago when it was on your TV screen and the controller was in your hands. Its blend of breathtaking visuals and innovative combat made it the first essential Xbox 360 game, and the series remains one of Microsoft’s most important nine years on.

Now, ahead of next year’s Gears of War 4, Epic’s original game has been rebuilt for the Xbox One in the shape of Gears of War: Ultimate Edition. Microsoft’s new console has yet to see any games with the impact of Gears, so it’s good to have it back. 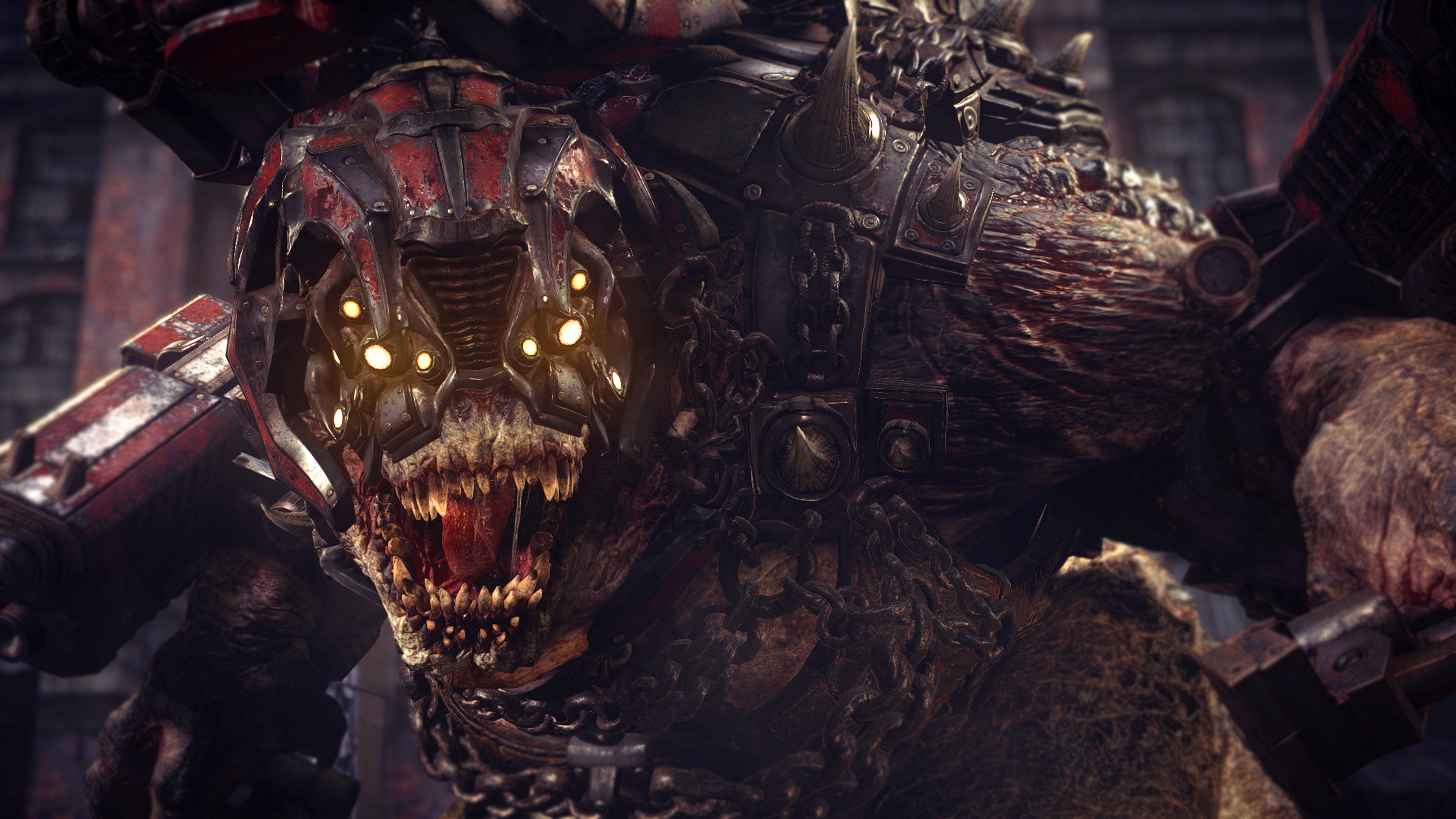 Gears of War: Ultimate Edition is the first product from The Coalition, a Microsoft studio devoted to stewarding the future of the franchise — the team will be to Gears what 343 Industries is to Halo. But unlike 343’s Master Chief Collection from last year, which collected the series’ most important entries in one box, Ultimate Edition only focuses on one game (bolstered with some previously PC-exclusive content). It feels a little slight next to The Master Chief Collection, not to mention Sony’s upcoming Uncharted compendium, but it does retail for a semi-knockdown price of $39.99. Early buyers will also be able to download the Xbox 360 versions of Gears 1, 2, 3, and Judgement, and play them on their Xbox One through backwards compatibility.

The best way to play Gears of War

Although The Coalition has given Gears an extensive visual overhaul, it doesn’t wow the senses in the way the original release did back in 2006. Part of that likely has to do with the challenges of working within a nine-year-old framework, but Ultimate Edition also makes some stylistic changes that I’m not convinced are for the better. Gears was a dark, almost monochromatic game upon release, with art direction that felt as relentless as its action. Ultimate Edition brings it closer to its more colorful sequels, and while the technical improvement is clear, it’s hard not to feel that something’s been lost. And it’s disappointing that The Coalition couldn’t achieve a steady 30 frames per second in the single-player mode, particularly in the later levels.

But presentation faults aside, the Ultimate Edition is clearly the best way to play Gears of War yet. And if you haven’t played Gears of War, you really should. 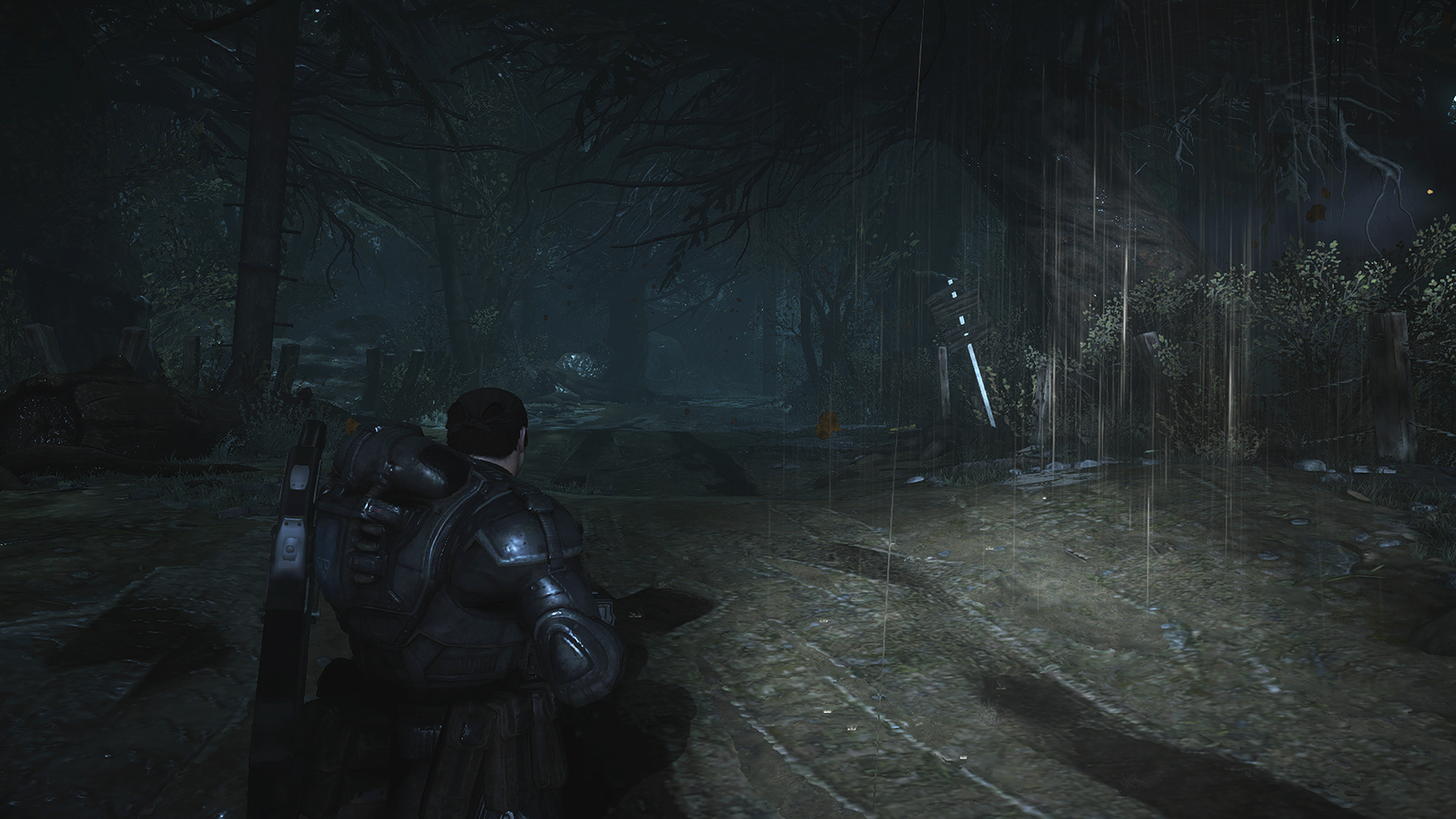 If you’re not familiar, Gears of War is a third-person shooter with an over-the-shoulder camera that was previously most closely associated with Resident Evil 4. The twist that Gears perfected, and that countless games copied, is the use of cover. Press the A button, and Marcus Fenix, your beefy protagonist, will slam himself against the nearest wall, crate, or box with a satisfying thud, nullifying the effect of pretty much all oncoming enemy fire. That’s a useful thing, because Gears is a game where you will die very quickly if you spend more than a few seconds in the open. The cover system is inspired by and combined with Gears’ tight-as-a-button controls; you’ll find yourself ducking in and out of shelter and popping off fire in a far more cinematic, immersive fashion than any game had achieved before 2006.

The cover system is inspired

Of course, it is no longer 2006, and just about every third-person shooter on the planet now has a Gears-like cover system. (Gears itself took the system from Kill.Switch, a not-great PS2 game with a great idea.) But playing through the Ultimate Edition, it’s clear that there are a couple of reasons why Gears still manages to set itself apart.

The first reason is its pure attention to detail, with beautiful design flourishes that make a major impact on the experience. Is something amazing happening outside your field of view, like a building collapsing or a helicopter crashing? Press Y when prompted, and the camera will swing in the event’s direction, removing the need for a separate cutscene. Need to get somewhere fast in the thick of battle? Hold down A to "roadie-run" from one piece of cover to the next, with a close-up, wide-angle camera that evokes TV war zone reports.

Perhaps best of all is the "active reload" system. You can just press a single button to reload, but that’ll be slow; instead, that first button press brings up a scrolling gauge with a target to hit by pressing the button a second time. Get it perfect, and you’ll both reload more quickly and do more damage with your next shots. Get it a split-second wrong and your gun will jam, leaving you in danger. It’s a great risk-reward mechanic that turns what would be a chore in most games into something fun. 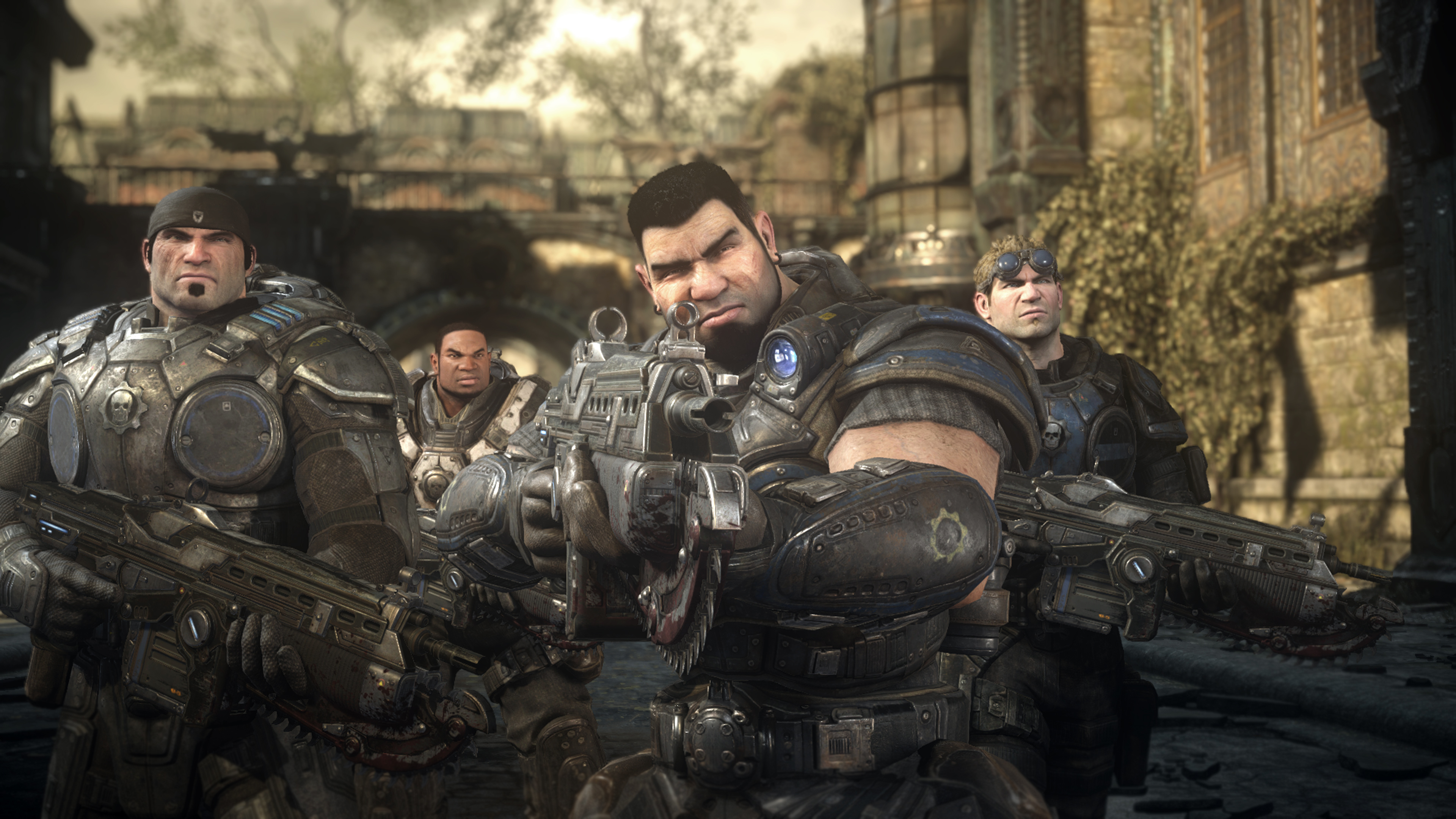 The second and most important way Gears sets remain distinct is level design. With the solid fundamentals established, Gears’ designers were free to construct each stage as a series of virtual playgrounds bursting with ideas. Let me just say it up front: there is very little that you do in Gears beyond shooting aliens. But unlike other similar games, where I often feel the need for respite after endless combat sequences, Gears never gets boring or forgettable. I could reel off most of its variations on a theme like they were Friends episodes. The One Where You’re on a Floating Platform and Have to Turn a Wheel to Cross a River While Taking Enemy Fire. The One Where You Assault Your Father’s House (Which Is Up a Massive Staircase on a Hill) Then Fight Back Once Inside. The One Where You Lure a Terrifying Blind Monster into the Open Through a Series of Increasingly Small Rooms. And so on. Gears is only really about one thing, that much is true. But it’s also about doing a lot of other things while doing that thing, or doing that thing in a lot of different ways.

The rare blockbuster with brains as well as brawn

Even the most standard levels are fun to play; your main enemies are subterranean aliens called the Locust, and they all look like Brock Lesnar on a heavy dose of krokodil-infused steroids, which means they can take more than a few bullets. This means you need to outflank them, or use cover to find a way to get close enough to do a lot of damage quickly. Gears can often feel like a puzzle game.

I will also go as far as to defend Gears’ story. Yes, it is coated in bro-heavy militarism, though it takes itself less seriously than you might think. But like, say, Mad Max: Fury Road, which no one would think me odd for calling the best movie of the year so far, Gears spins an economical, well-paced tale that quickly establishes an evocative world, shows you its characters’ goals, and tells you how they achieve them with minimal fuss. In the context of an action video game, which are all too often prone to melodramatic excess, it works perfectly.

So yes, despite some presentational quibbles, you should absolutely pick up the Ultimate Edition if you have an Xbox One and have never played Gears of War. Maybe even if you did play it. And the fact that it’s one of the very best games on the Xbox One in 2015 serves as somewhat of an indictment of the industry; Gears was the rare blockbuster with brains as well as brawn.

No game on the PS4 or Xbox One to date has had the effect and influence of the original Gears. Its graphical might demonstrated why you really ought to upgrade from that PS2, and its mechanical innovations resonate through games even now. Maybe people will play through the Ultimate Edition, think to themselves, "This game came out nine years ago?!" and wonder why their minds aren’t being blown in similar fashion today.

But the new consoles are still young, and we’re about to head into the holiday / post-holiday onslaught of new releases. Who’s to say one of them won’t turn out be the new Gears? For now, though, we have the old Gears. It’s better than ever, and that’s something to be happy about.

Gears of War: Ultimate Edition is available tomorrow on Xbox One.