Two of indie's biggest bands look back to move forward

Any band with the skill and fortune to last a decade eventually has to negotiate with their past. Whether that means staring down some perceived creative peak — "They’re fine, but I like their old stuff a lot better" — or grappling with new commercial realities, the same question looms in the background: how do you keep moving forward? How do you stay vital when your audience knows all of your tricks? To paraphrase Stephen Malkmus, you can’t quarantine the past — you can accept it and allow it to infuse your work, or you can try to lock it behind a door and move forward. Both paths are viable.

Two of the most popular bands in indie rock are releasing new albums this week, and they’re both approaching milestones in their own way. Baltimore dream-pop duo Beach House are releasing their fifth album, Depression Cherry, with the tenth anniversary of their self-titled debut on the horizon; Dan Bejar is releasing his 11th LP as Destroyer, Poison Season, and nearing the 20th anniversary of his ramshackle debut We’ll Build Them a Golden Bridge.

Spend enough time with them, and Depression Cherry and Poison Season start to feel like summative assessments: they’re snapshots of two bands nearing career checkpoints, reflecting on their work, and attempting to chart a course forward. But even though they treat their work with the same level of conceptual heft, their discographies reflect two very different approaches to creativity and careers in music. 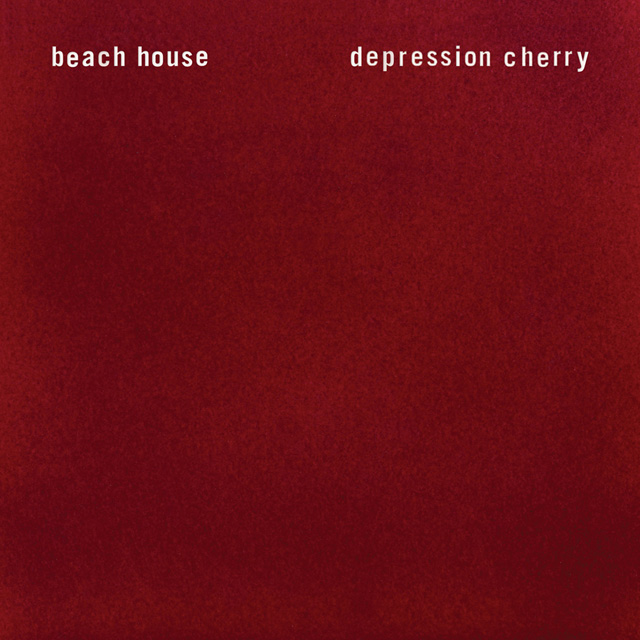 Alex Scally and Victoria Legrand bubbled up out of Baltimore’s fertile music scene as Beach House in the mid-’00s, and they’ve stayed within the same narrow sonic lane since. They’re the acknowledged contemporary masters of dreamy indie pop, and they build all of their songs around the same two hooks. There’s a searching, cycling melody, played on Scally’s guitar or a keyboard of some sort; there’s a commanding yet ethereal vocal from Legrand, like Stevie Nicks cloaked in a thick layer of mist.

The guaranteed presence of these two qualities gives you the feeling all of their albums could blend into one after just a bit of knob-twiddling: tweak the fidelity, the scale, and the mixing, and the last decade could be one giant brick of music. Their songs are heat-drunk, sensual, and stained with a touch of mysticism. Imagine staying up past midnight and creeping into your parents’ attic, not to make out, but to fiddle with a Ouija board by candlelight. That’s the sound of Beach House’s best work.

No Beach House album is drastically different from the next, but the band experienced a small shift around the turn of the decade. 2010’s Teen Dream elevated them from an indie curiosity into one of the most popular rock-adjacent bands working; 2012 follow-up Bloom debuted in Billboard’s top 10 albums. Their sound grew with their sales and prominence, helped along by length and live drums; Legrand had always been a strong presence, but she transformed into a true force, earthy and fierce.

Depression Cherry is the sound of the band hitting the reset button. Their new songs are smaller, tighter, and more focused on tone than power; the live drums are largely gone. (The band said as much in a press release announcing the record.) Legrand has cut back from full blast, and she’s a livelier presence for it: she dabbles in spoken word, gains some agility, sounds curious and dreamy and dewy in equal measure. It marks a return to the ethos that defined their earliest music with much greater clarity and skill.

And as a conscious reflection on the work they’ve done before, it’s not innovative — but that’s also not the point. Songs like grand opener "Levitation" and sweeping waltz "PPP" are familiar, but they’re newly confident and cinematic; they make you appreciate the band’s ability to iterate on a few key sounds and themes over and over again without compromising their potency. They invite you to recognize the value of consistency, of predictability, of routine excellence. 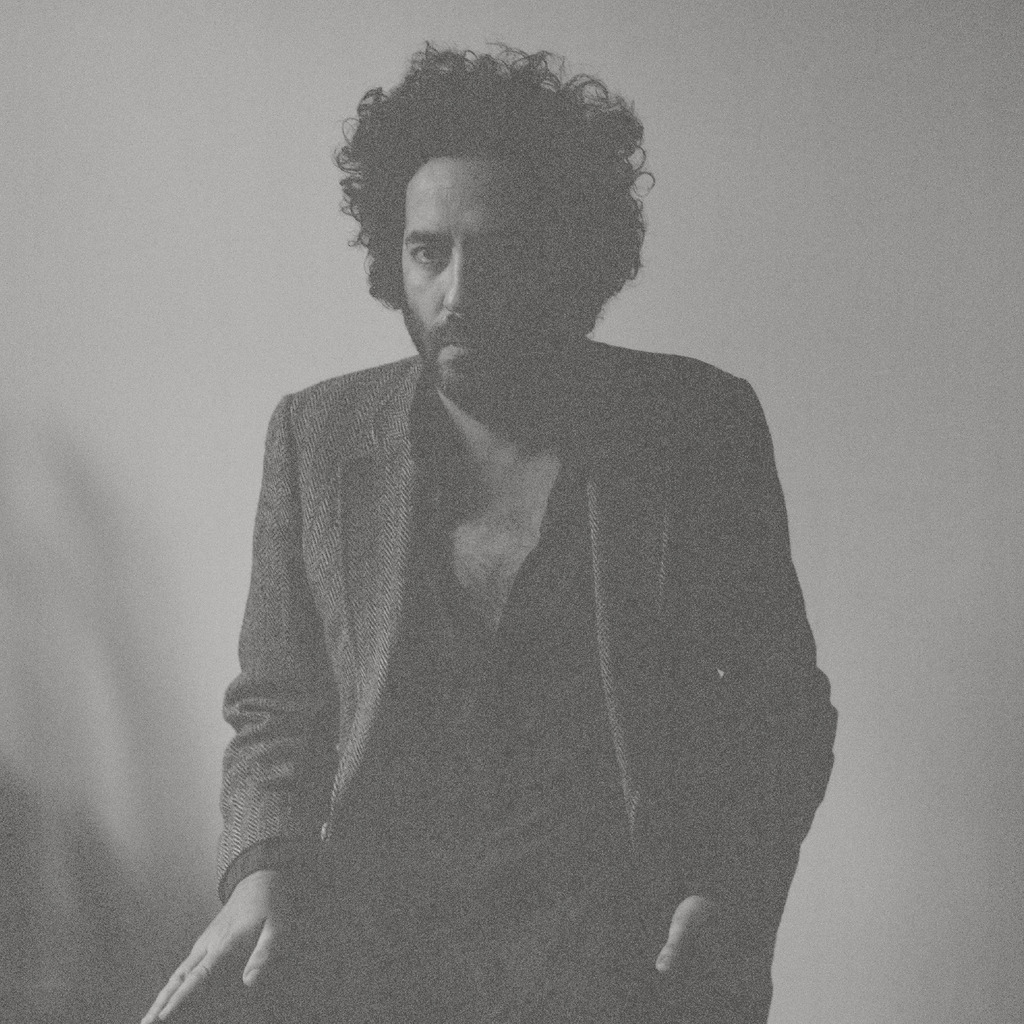 Those are exactly the sorts of values that must make Dan Bejar’s skin crawl. Bejar is an advocate for stylistic breadth, a walking thesaurus, a wine-sipping raconteur; the only constant in his work is change. A scrappy, witty singer-songwriter from Vancouver, Bejar’s first work of real note was 2001’s jaunty Streethawk: A Seduction, a rip through the music of the British Invasion that name-checked Werner Herzog and Farrar, Straus and Giroux alike. He’d also joined Canadian-American supergroup The New Pornographers by that point, emerging as that group’s dashing, roguish gem thanks to contributions like "Jackie" and "Breakin’ the Law."

From there his restless spirit took hold, and he spent the next decade exploring the possibilities of "indie rock" at its most loose. Your Blues was a startling detour into MIDI orchestration, a whirl of processed flutes and chintzy fake horns; Destroyer’s Rubies was a course correction into rambling, self-referential rock, like Bruce Springsteen stumbling through the looking glass. (A typical highlight is "Looters’ Follies," wherein Bejar takes a moment at the song’s peak to note the song itself has never sounded so good. And he’s right!) No one could’ve predicted the journey’s end: Bejar became a minor star. Released in 2011, Kaputt took the coke-crusted perfectionism of Steely Dan’s Gaucho and updated it for listeners still coasting on chillwave’s good vibrations. It became Bejar’s most popular and acclaimed album yet.

Poison Season makes it clear that Bejar reacts to meteoric success the same way he’d react to a noble flop: by moving forward. It’s not antagonistic or anti-commercial, but it’s deliberate, pompous, and unfocused. Bejar flips between muscle and fussiness once or twice a song. His writing is moodier and the hooks are less evident; he sounds like a weary traveller flipping through a passport rather than a caustic bon vivant. This is an album that takes languor to its logical extent, which is saying something given Bejar recorded many of the vocals that made up Kaputt while lying on his couch.

How does the past figure into a reactionary effort from an artist for whom stylistic shifts are the norm? It creeps in slowly over time, the album’s songs bending like a rotten plank of wood. Listen enough, and you can start to imagine a song like "The River" rendered several different ways depending on your chosen phase of Bejar’s career: heart-on-sleeve songsmith, MIDI technician, wine-drunk romantic, louche synth hound. (In the case of "Archer on the Beach," no imagination is required — a completely different version recorded pre-Kaputt is included on a 2010 EP.) It’s a phenomenon that renders Poison Season less an album and more an exercise in futility. Beach House looked back at their career and built on it; Bejar tried to outrun it, and it wriggled its way in anyway.

It’s possible that music’s streaming age is devaluing the relationship between an artist’s new work and their discography. When a listener can plow through a decade or two of music in a few hours without any kind of significant investment, why make a parallel investment in examining your new album’s link to the past? Give people a few new songs and let them make their own connections — everything you’ve ever recorded is a click or two away anyway.

The argument is one for quality, and it’s one that’s reflected in the gap between Depression Cherry and Poison Season. The former is more fulfilling as both a piece of music — more cohesive, more dramatic, more pleasurable on a minute-by-minute basis — and as a new piece in the band’s larger mosaic. It’s an element of satisfaction derived from the band’s thoughtful consideration of where they are now and what they’ve done before.

At some point, you have to reckon with your past

This leads to an interesting emergent point. Beach House and Destroyer represent nearly three combined decades of experience and two entirely different approaches to an artist’s body of work, but their new albums end up saying the same thing: once you reach a certain stage in your career, you have no choice but to reckon with your past. You can focus on moving forward or you can stare it in the face and reflect with intent, but you’re never going to escape the ghosts of everything you’ve done before. And if that’s true, you might as well take the latter approach: it’s going to lead to more gratifying, enjoyable work.