Last week, in Amazonian fashion, a new Google product suddenly appeared on the internet: a wireless router, the bastion of (and scapegoat for) all at-home internet experiences.

Its unveiling may have been sudden, but the $200 router, called the OnHub, has actually been in the works for a couple years now. We've already laid out some of the features of the OnHub: it's configurable through an app; promises better signal throughout your house than your current router; and looks nice enough that you'll actually place it where you're supposed to place a router, prominently in the center of your house. All of which may or may not answer the question: why should I spend $200 on a Google router?

Regardless of whether or not Google's feature list is enough to justify that price, you have to admit it looks better than most routers. We got a closer look at the router earlier today, and it's evident that it was designed with simplicity in mind. In short, this is not your ISP's router. 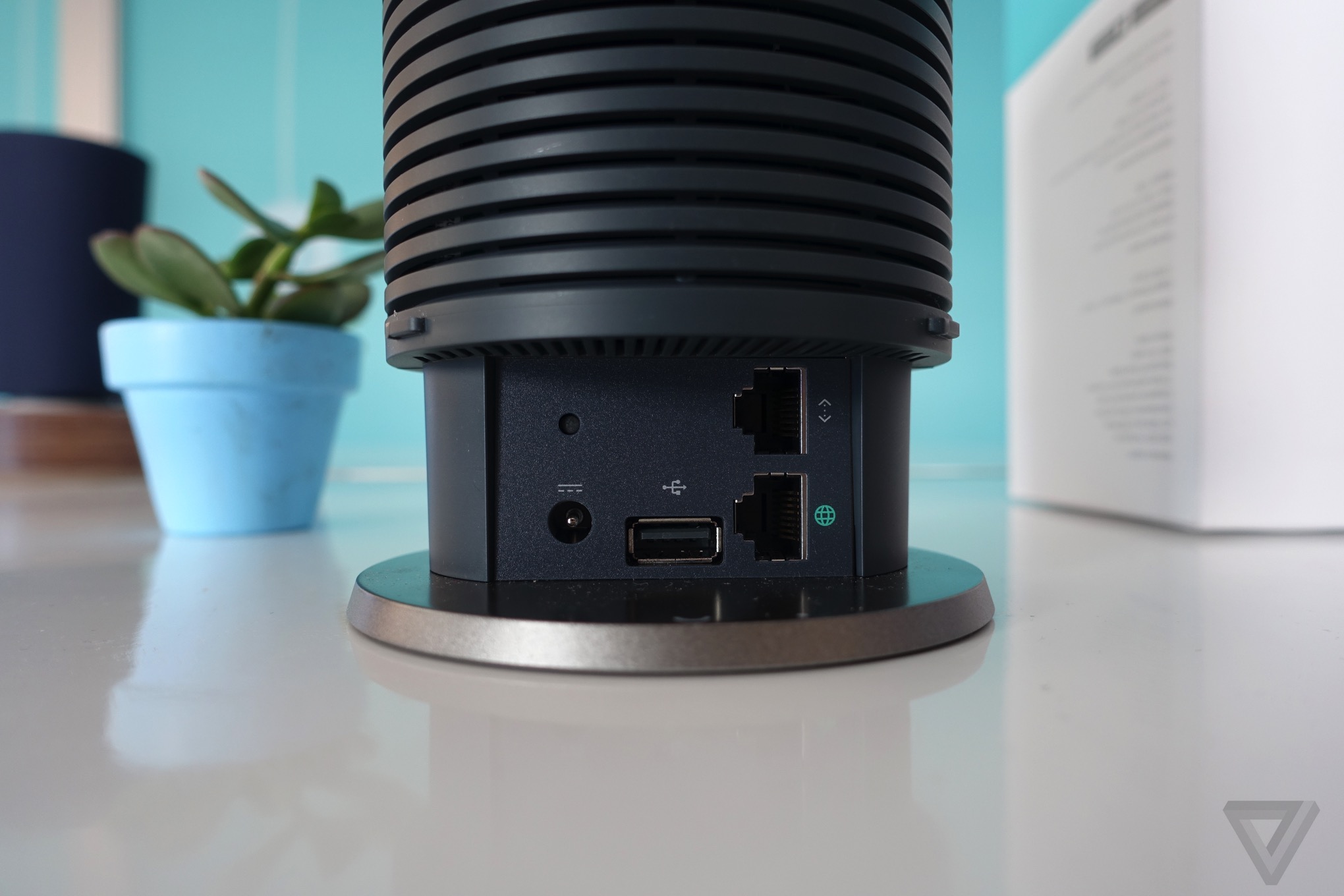 Firstly, the whole set-up process is done through a dedicated OnHub mobile app (iOS or Android); SSID and password can be retrieved and/or shared with others at any point by simply tapping on "reveal password." The OnHub app also tells you how many devices are connected to the Wi-Fi at any given time, and how much data each device is using. Oh, and you can restart the router from the mobile app, which means no more crawling on the floor / moving entertainment consoles / throwing your back out to reboot a router. Since Google is hyperaware that people tend to believe the company knows everything they do on the internet, it says right inside the app's privacy settings that the router is not tracking the websites you visit.

Speed tests can be conducted within the app, which will also give real-life examples of what types of internet activities are optimal, like "You can stream Ultra HD video at this speed."

Maybe more interesting is what's inside the thing. There are 13 different antennas, including three pairs of 2.4Ghz frequency bands and three pairs of 5Ghz frequency bands. Each set of antennae is paired orthogonally, and are positioned 120 degrees apart, to get a solid signal even if your router isn't optimally oriented, Google says. And, that metallic-looking thing you see in the router shell below is a custom reflector for the front-facing 2.4Ghz router, meant to boost the usable range in that direction.

There are also Bluetooth and ZigBee radios, although Google hasn't enabled those — yet. It will support Google Weave, the company's Internet of Things platform. There's also 4GB of internal storage, but Google didn't specify exactly what that storage might be used for beyond the basics of running the software on a smart router.

Granted, the built-in speaker is only a 3-watt speaker, and it doesn’t have a microphone — so you won’t be able to bark Google Now questions at it. But you can see the potential for connecting other types of devices to it in the future.

The exterior shell of the router is removable and, Google says, will be customizable in the future. (Right now, it comes in blue and black.)

The OnHub goes on sale on August 31st. We'll have a full review soon, but in the meantime here's a peek at the innards of Google's router.

This article was updated to include details about the antenna design within the router.