It’s been more than 30 years since John Sculley became the CEO of Apple, where he presided over some of the company’s biggest hits — and the controversial ouster of its co-founder, Steve Jobs. Sculley was forced out of the company in 1993 after a series of missteps, but he never left the world of tech. He helped found the company that became MetroPCS Wireless, which was later acquired by the parent of T-Mobile. More recently, he co-founded Misfit Wearables, which makes activity trackers, a sleep monitor, and a color-changing lightbulb.

Sculley’s latest venture is Obi Worldphone, a new mobile device manufacturer attempting to take advantage of the billion people expected to upgrade over the next three years from low-end "starter" smartphones to more full-featured models. Obi released five smartphones made with off-the-shelf parts in the United Arab Emirates last year as a kind of test, and the company says it has already climbed to 5 percent market share there.

Tonight Obi is announcing its first two phones it designed itself: the SF1, a 4G/LTE phone with a 5-inch display that will sell for $199 unlocked, and the SJ1.5, a 3G phone that will sell for $129. Both will become available starting in October, with the goal of being in 50 markets by 2017.

The duo previously collaborated on Apple's PowerBook and Newton PDA

The phones were designed by Ammunition, the high-powered San Francisco design firm whose previous credits include the original designs for Beats headphones. Robert Brunner, a partner at Ammunition who previously collaborated with Sculley on devices including Apple’s PowerBook and Newton PDA, led the effort. 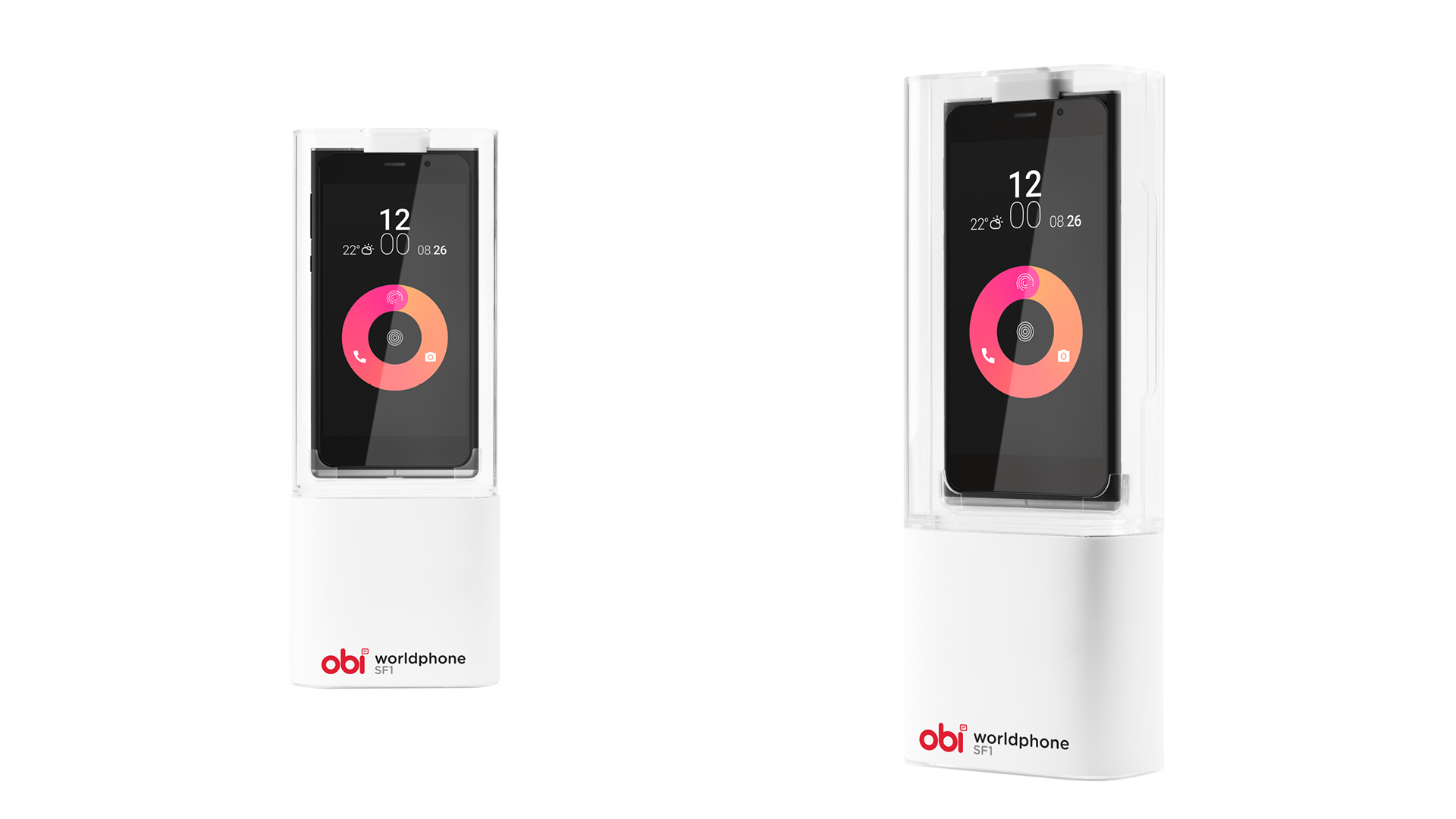 Sculley says Obi will distinguish itself from competitors with eye-catching design details and better components than its target customers are used to. "Our differentiation is no-compromise, beautiful design," says Sculley, 76, who greeted me in an Ammunition conference room this week along with Diane, his wife of two and a half years, and their dog, Cinnamon. "What is unique about Obi Worldphones is the role that Robert and his team play. We said, the only way we’ll go into this business is if we’re convinced we can build products with no compromise. They have to not just look cool, but be perfect in terms of fit and finish."

"They have to not just look cool, but be perfect in terms of fit and finish."

The result is a pair of phones whose most distinctive feature is their slightly raised 5-inch screens — Ammunition’s Robert Brunner calls it "extruded" — that offer a bit of protection from drops, the company says. The flagship SF1 has a 1080 x 1920 pixel display; the less expensive SJ1.5 is 720 x 1280. The SJ1.5 has the more striking form of the two: the device is flat on top but round at the bottom, to make it easier for holding. All of this is subtle stuff — at a distance of more than a few feet, either phone is all but indistinguishable from any number of Android smartphones.

Sculley says the design makes no compromises despite its low price. And there’s a lot to like here. The SF1 features a Qualcomm Snapdragon 615 processor, 2GB or 3GB of RAM, and 16 or 32 GB of internal storage, expandable up to an additional 64GB with a micro SD card. (The higher-end model costs $249.) The back-facing camera has a 13-megapixel camera with automatic focus, powered by Sony’s IMX214 Exmor sensor, and allows for geotagging, touch focus, face and smile detection, panoramas, and 1080p video at 30 fps. The front camera has a 5-megapixel camera and LED flash. The SF1 also features Dolby Audio with 7.1 channels of high-fidelity sound, along with dual microphones for noise cancellation. The battery is a more than respectable 3,000 milliamps. 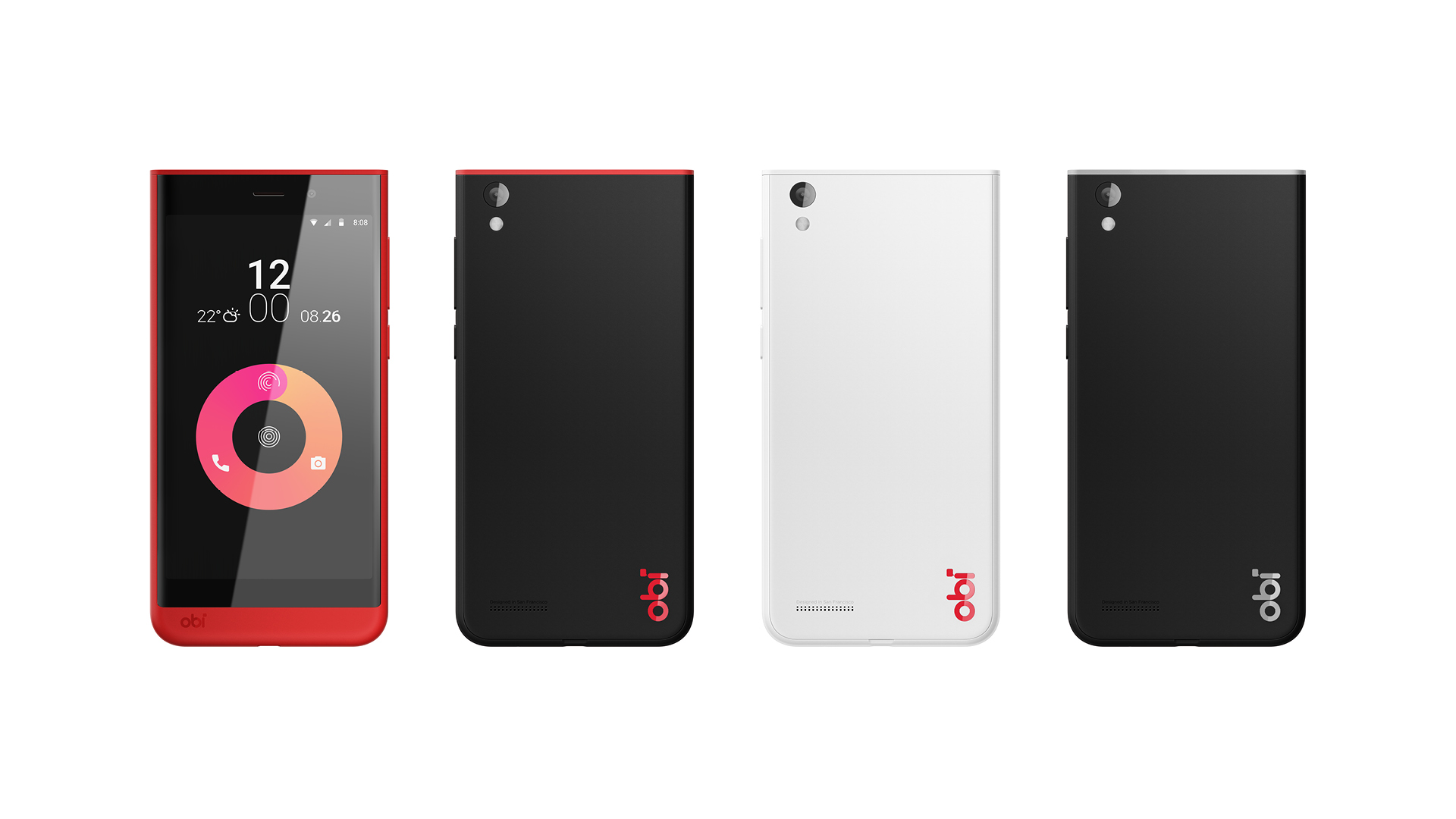 Both phones run a slightly modified version of Android Lollipop the company calls Lifespeed. At this point, there’s not much to Lifespeed — it’s essentially a custom lock screen with some original background wallpaper. But it will evolve over time, Obi says.

So will it work? Obi isn’t the only company coming for the low-end smartphone market. OnePlus has seen significant interest for its first two efforts. Huawei has been on a tear lately. And the Obi team has closely watched the success of Xiaomi, the Chinese electronics company that started by selling low-end smartphones at cost and turned it into a platform for selling higher-margin accessories and services. (It also apparently does a mean business selling costumed bunnies.)

Borrowing from Xiaomi's playbook, but not too closely

Obi believes there’s room for others to play. He’s seen it before. "Everyone thinks the industry is crowded, no one can make money," he says. "All of a sudden someone comes in" — and changes the game in their favor. Sculley says he and his partners have a strong background in device manufacturing and supply chain management through some of their previous businesses, notably Misift. Xiaomi’s strategy has been to sell its products via flash sales that create buzz around the devices when, inevitably, they sell out. Obi plans to bring the SF1 and SJ1.5 via a more traditional route, selling them via a mix of retail and online stores. 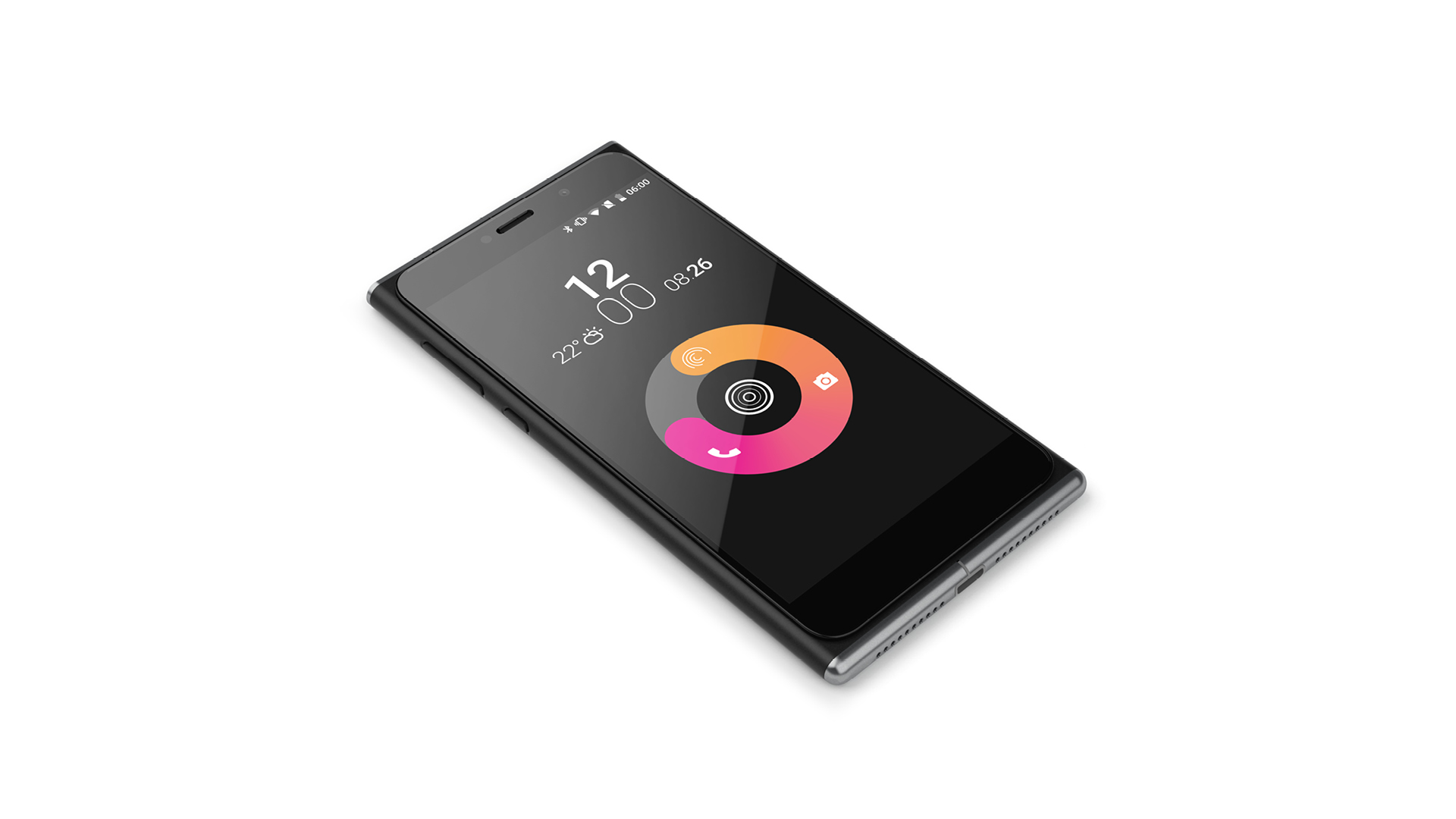 Will it work? I have no idea. On one hand, there’s clearly a large appetite for low-cost smartphones in developing markets, and millions of people are going to make that switch in coming years. On the other hand, making commodity smartphones is a brutal business that has brought giants to their knees. Apple still earns a ludicrous 92 percent of all profits in the smartphone business, and Android-based rivals have struggled to make inroads. HTC, to name but one, has watched its market share slip from 10 percent in 2011 to less 2 percent today.

But older players often find themselves in a more difficult position than the young and nimble. "It would be a lot harder if you asked me to fix HTC. I wouldn’t have a clue!" Sculley says, his eyes twinkling. "But if you look at a clean sheet of paper — it’s amazing how interesting it can be."