Can sharp design and free cloud storage help the Robin stand out?

No matter what smartphone you have, all of them work within some concrete limitations. The battery can only last so long, the screen can only be so big, and the internal storage can only hold so much data. Some phones let you use microSD cards to alleviate that last problem, but many don't and it's not a ideal solution for many. Nextbit, the company formed by former members of Google's Android team, thinks the cloud is the answer to many of these questions, and its first device, the Robin, promises to never run out of storage.

The Robin doesn't really have an endless amount of storage, but rather leverages cloud storage systems to offload pictures, video, files, and even apps when its 32GB of local storage runs out. Nextbit's software, which runs on top of Android, is designed to learn your habits and automatically offload photos and apps that haven't been used in a long time to the cloud to free up storage as necessary. A simple tap on one of the offloaded apps, which appear as greyed out icons, and it's downloaded from the cloud with all data and settings intact. Photos can be restored to the phone at full resolution or a screen-optimized size, which allows for more to be stored locally at any given time. Nextbit says the full resolution files are always backed up to the cloud. 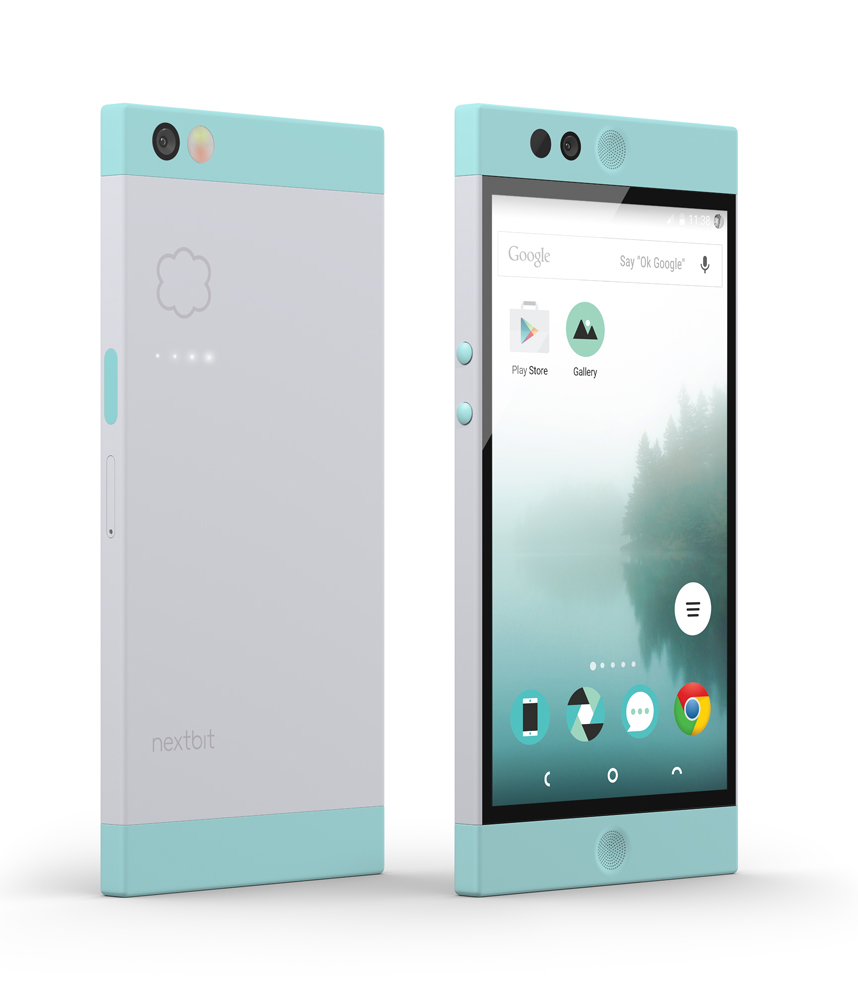 Backing up photos and video to the cloud is something that a lot of apps are already tackling, such as Google Photos or Microsoft OneDrive. Nextbit insists its solution is superior, however, as it seamlessly backs things up whenever ideal conditions are met (Wi-Fi connection, phone is plugged in) and users don't have to remember to open an app to make sure their photos are backed up. The Robin will also free up space on demand, instead of requiring the user to manually delete things when their phone refuses to take any more pictures. Nextbit also says you'll be able to transfer your data and backups to other devices that run its software, but it's not clear exactly how it will restore everything to a new device.

This constant cycling of the data on the phone is what Nextbit points to as its big differentiator in the very crowded world of smartphones. The company is giving each buyer of the Robin 100GB of cloud storage for free, though in an interview, CEO Tom Moss tells me that number is not fixed and can be adjusted if Nextbit sees that users need more cloud storage capacity. Interestingly enough, Nextbit isn't planning on charging any subscription fees for the cloud storage and Moss insists that its business model relies on profits from hardware sales.

The Robin comes with 100GB of cloud storage for free

Speaking of hardware, the Robin is a uniquely designed mid-range Android phone. Nextbit tapped former HTC designer Scott Croyle as its head of design in 2014, and set out to make a phone that stands out among the sea of similar looking phones. The result is a device that's starkly rectangular, but with circular details throughout. The Robin's all-plastic chassis houses a 5.2-inch, 1080p display, Qualcomm Snapdragon 808 processor, 3GB of RAM, a 2,680mAh battery, and 13-megapixel camera. Unique additions include a USB Type-C charging port and fingerprint scanner embedded into the side-mounted power button. The Robin is completely carrier and bootloader unlocked and is compatible with AT&T and T-Mobile LTE.

The Robin's specs are acceptable for a mid-range phone today, but it's hard to say how they will stand up to whatever's available come January. Nextbit isn't the only company playing in this lower cost bracket, and many of its competitors already have comparably-specced devices available for purchase. But Moss says that Nextbit's small size and the experience of its founders will help it navigate the difficult waters of producing and selling a smartphone in 2015 and 2016.

Nextbit has more plans for cloud processing in the future

Nextbit's cloud processing ambitions aren't limited to storage, either, as Moss notes that there are number of cloud-based applications that could ease the pain points people have with smartphones. For now, though, endless storage is the main draw. Whether or not that plus the Robin's striking design is enough to make Nextbit a success remains to be seen, but it will be interesting to see how the company progresses over the next few months leading up to the release of the phone.