How do you improve on a "flawless" Bluetooth speaker? For Logitech's Ultimate Ears, the answer is make it louder, improve its wireless range, and give it a more durable design. Add those refinements together and you get the UE Boom 2, the sequel to our favorite portable speaker. Priced at $199 just like its predecessor, UE Boom 2 will hit retail shelves this month. It's been three whole years since the original Boom made the case for everything a Bluetooth speaker should be; does its successor make for a compelling upgrade?

Based on outward appearance, you'd have an incredibly difficult time telling these products apart. Even the packaging is identical. The UE Boom's design has returned practically unchanged (aside from new color options). It's still a cylinder that puts out 360-degree sound, and you still control volume by hitting two oversized buttons running down the speaker's frontside. On top is a power button and another button that you'll hold to sync with your phone or some other Bluetooth playback device. On bottom is a flap that covers up the microUSB charging port and a 3.5-millimeter AUX jack. And that's it. The whole thing remains super portable and easy to throw into your bag or carry in your bike's water bottle holder. 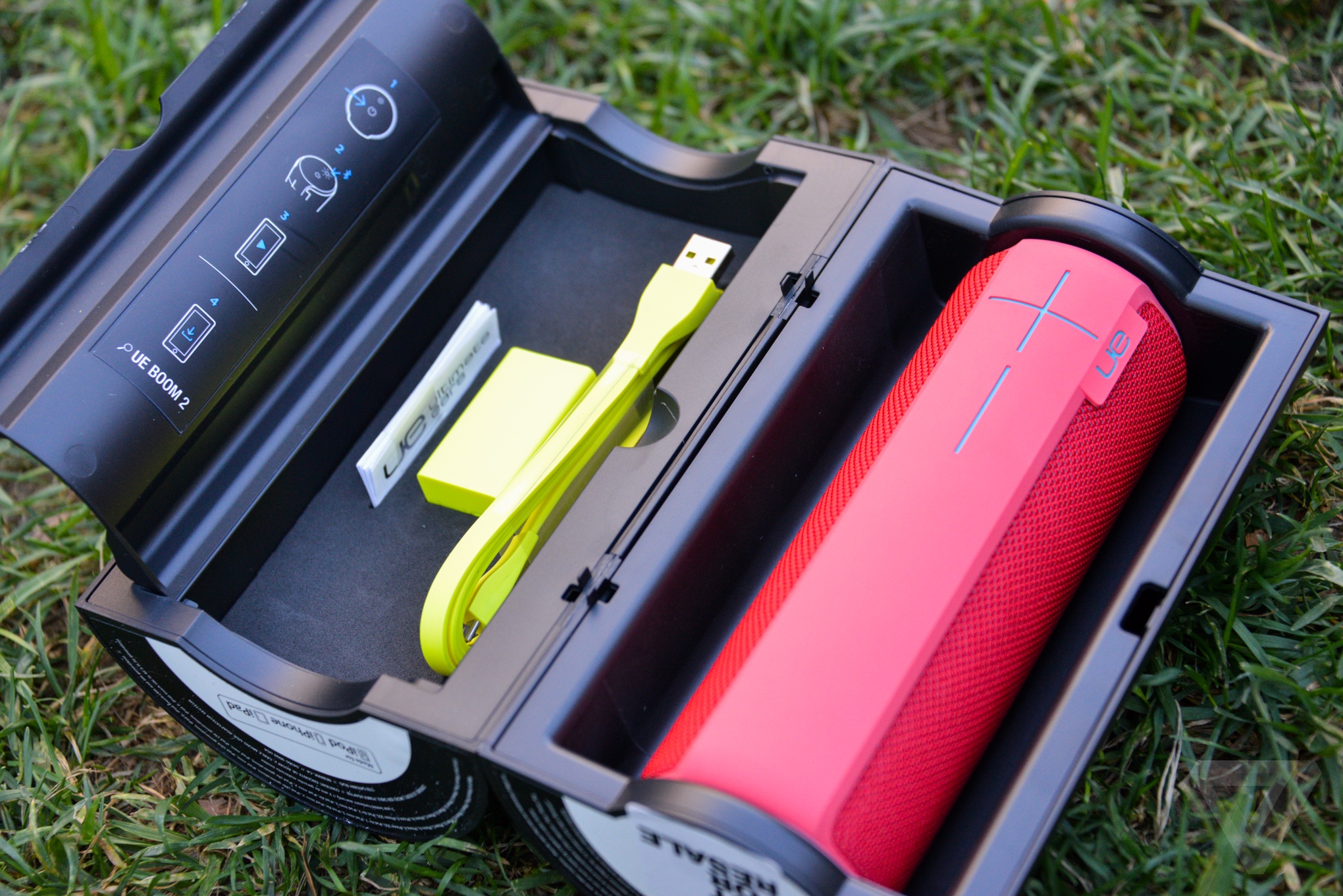 There are some exterior changes; you just can't see them. Like the original Boom and its also-excellent, smaller sibling, the Roll, UE Boom 2 is covered in Ultimate Ears' acoustic fabric material. This time it's no longer just water resistant, though; the new model is now full-on IPX 7 waterproof, a huge plus if you're planning to listen to it poolside or at the beach. The UE Boom 2 has also been designed to withstand and survive drops from up to 5 feet, so all in all it's substantially more "lifeproof" than the outgoing version.

It's Louder and now IPX7 waterproof

The other big improvements come thanks to what's inside. This speaker gets 25 percent louder than the original UE Boom, according to Ultimate Ears, and wireless range has been extended to 100 feet — up from 50. So you can start a playlist and keep your phone farther away from UE Boom as the tunes play. So far as features go, about the only thing that's gone unchanged is battery life, with the UE Boom 2 offering the same 15-hour stamina that we saw from the original. 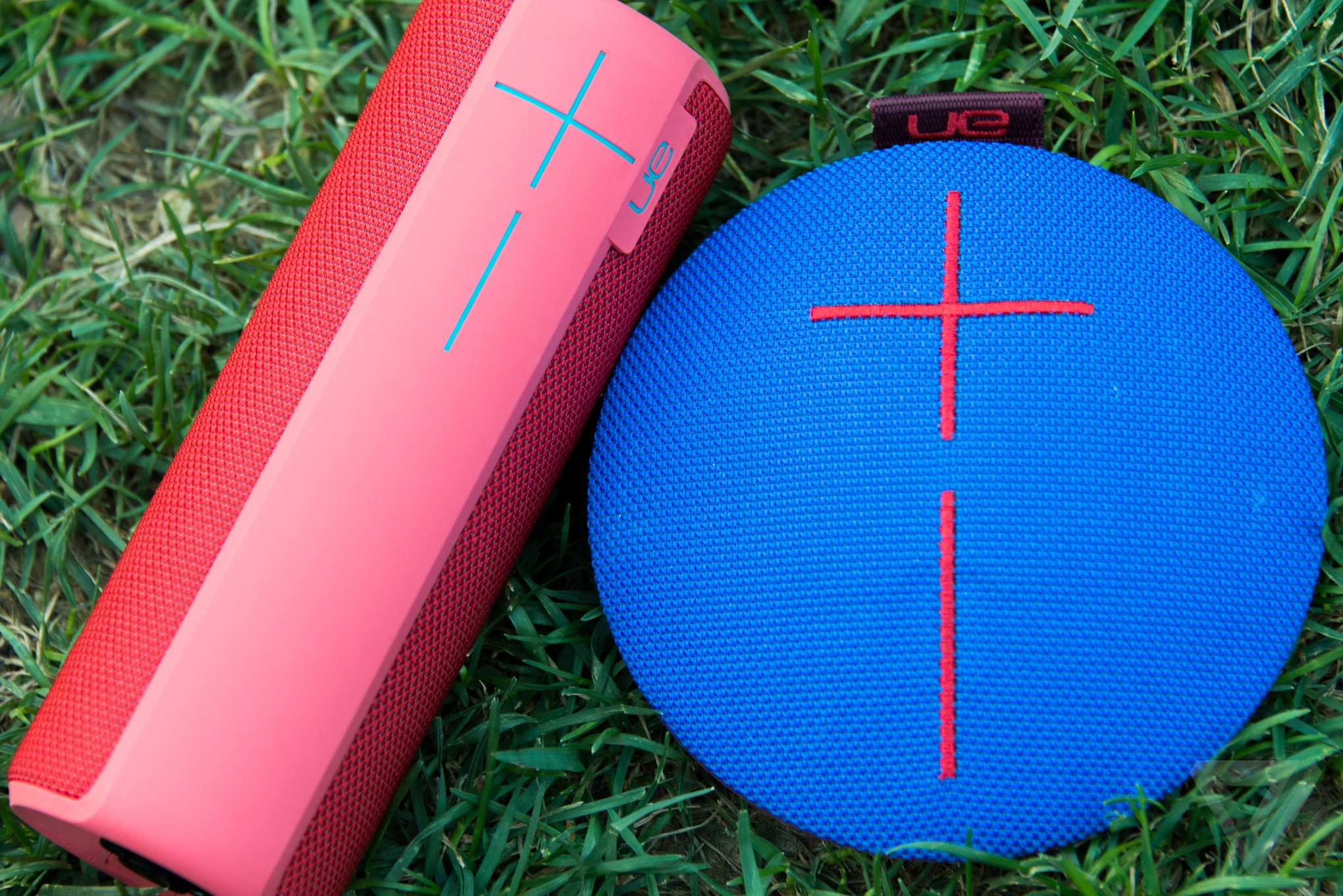 Like last time, you can buy two UE Boom 2s and pair them together for a richer stereo listening experience. They can also be configured to play the exact same thing if you're pairing with a UE Roll or putting each Boom in a different room for a Sonos-like setup. Ultimate Ears still isn't trying to pursue Sonos on the multi-room front, however, with the accompanying UE Roll app limited to delivering firmware updates, customizing the EQ profile, and using the speaker as an alarm clock.

In our time testing the UE Boom 2, it's indeed proven to be a bit louder than the first one, though the soundstage and general audio tone have stayed close to the original. The doubled wireless range is also noticeable if you're someone who frequently walks away from the speaker with your phone in hand. It'll still double as a speakerphone for calls in a pinch, though music is very much this device's foremost purpose. 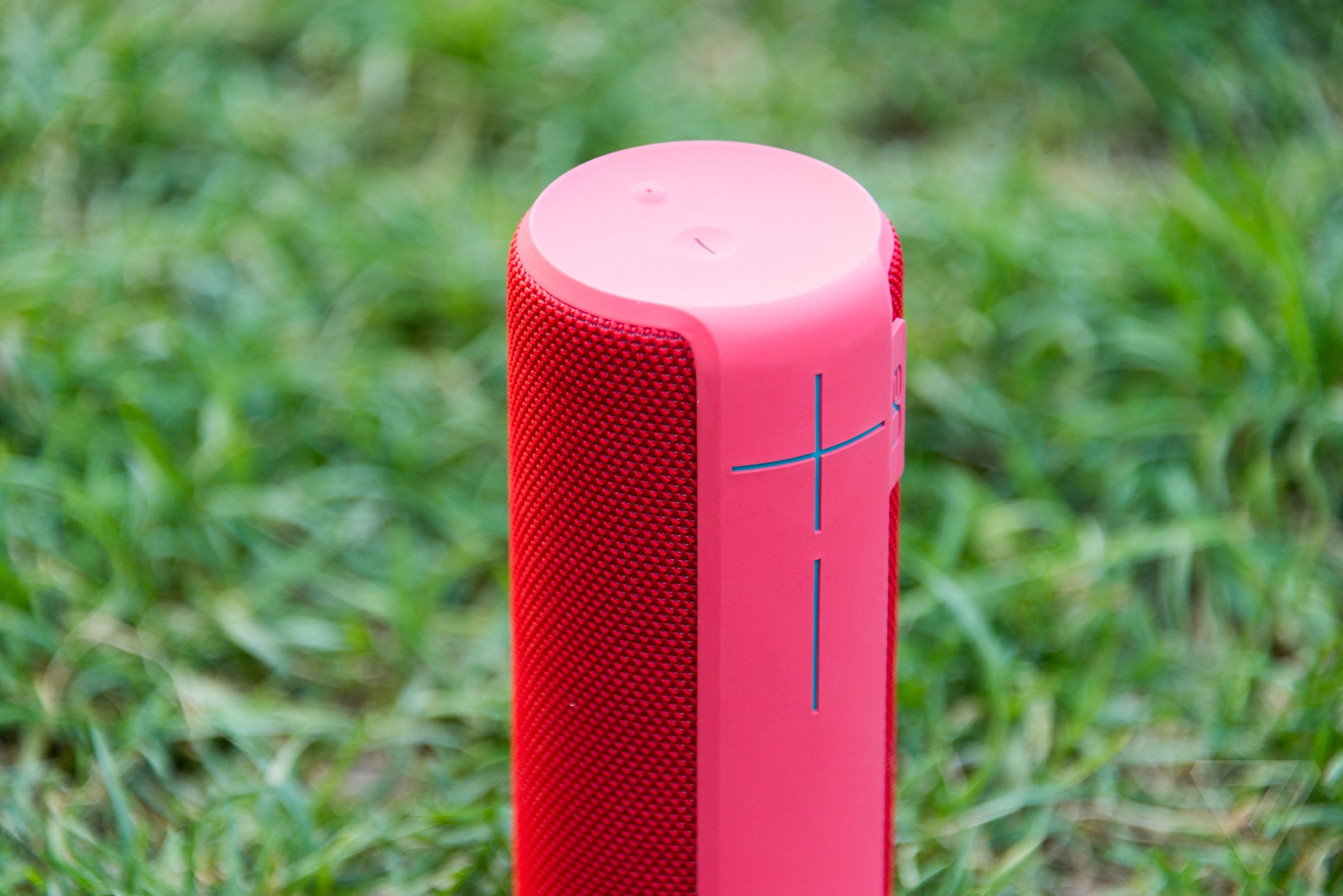 The Bluetooth speaker market is getting more crowded than ever, but Ultimate Ears clearly hasn't felt any pressure to reinvent the UE Boom. The UE Boom 2 is iterative in every sense, improving upon the original in ways that will be appealing to new buyers. But aside from proper waterproofing, there's little here that'll give owners of the original any desire to upgrade — at least right away. And as the company's own $99 Roll shows, you can get plenty of speaker for half of the Boom's asking price. The UE Boom 2 will be available this month in six colors (Cherrybomb pictured here) from Amazon, Best Buy, and other retailers for $199.