The best mirrorless camera you can buy for $1,000

Your phone's got nothing on these

Share All sharing options for: The best mirrorless camera you can buy for $1,000

If you’re taking pictures, chances are you’re using a smartphone. Smartphones are great portable cameras because they generally take decent photos and are always in our pockets. But they aren’t particularly capable photographic tools and can really struggle in difficult lighting situations or when capturing fast-moving subjects. When your smartphone just can’t seem to do the job, you’re going to want something more. That something more is a mirrorless camera.

There are a lot of mirrorless cameras available to buy at all kinds of prices. A mirrorless camera is one that has interchangeable lenses, but doesn’t have the mirror system of a traditional single-lens reflex (SLR) camera. That makes them smaller and often less expensive than SLR cameras, while still providing excellent image quality and performance. Mirrorless cameras come in a variety of shapes and designs, ranging from those that mimic SLRs to sleeker, more modern-looking options.

Based on our research, we found that best options for most people can be found for under $1,000. That price includes a standard zoom lens that can work for a large variety of photos. Spend more than that and you’ll get features that advanced or professional photographers might appreciate, but are likely lost on the average snapshooter.

A good mirrorless camera is not only capable of taking amazing photos, it’s easy to carry around, has lots of easy-to-use controls, and is fast and reliable. It also has a great selection of lenses to choose from when you want to move beyond the basic kit lens.

Any mirrorless camera will take better photos than your phone in almost every instance, but when you’re spending nearly a thousand dollars on a camera, you’ll want one that hits all of the right marks.

Our review of Fujifilm X-T10 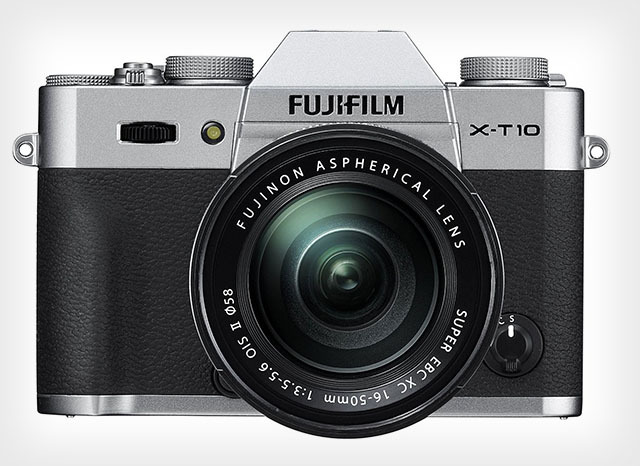 If you’re looking for the best mirrorless camera for under $1,000, Fujifilm’s X-T10 is it. It takes great photos in all kinds of light, has a fast and reliable autofocus system, and is a ton of fun to shoot pictures with. The X-T10 has something that a lot of modern cameras lack: a direct connection between the camera and the photographer, thanks to its copious controls and straightforward shooting experience. (For more on this, check out our in-depth review from earlier this year.)

The X-T10 isn’t the smallest camera on the market, but it should fit in most any shoulder bag with ease. There are mirrorless cameras that are much smaller, but none of them are small enough to fit in your pocket, making their smaller size advantage less than useful. What the X-T10 does have over a lot of those smaller cameras is a great viewfinder, which makes it easy to shoot pictures outdoors on a sunny day. It also has a tilting LCD screen for getting shots from all kinds of angles.

The 16-50mm lens that comes with the entry level X-T10 kit is a basic zoom that covers wide angles to slight telephoto. It has optical stabilization, which helps getting sharp pictures in low light. Fujifilm also has a wide range of really great lenses that can expand your capabilities. The X-T10’s 16-megapixel sensor might not have more pixels than your phone, but it has great color reproduction and works great in low light.

The X-T10 also has built-in Wi-Fi, so you can quickly transfer images from the camera to your phone for editing and sharing on the go. You can also use your phone as a remote for the camera, making it a pretty powerful selfie tool.

We really like the X-T10 for its combination of features, performance, and design. But if you want something a little less expensive and a little more compact, you should check out our runner-up. 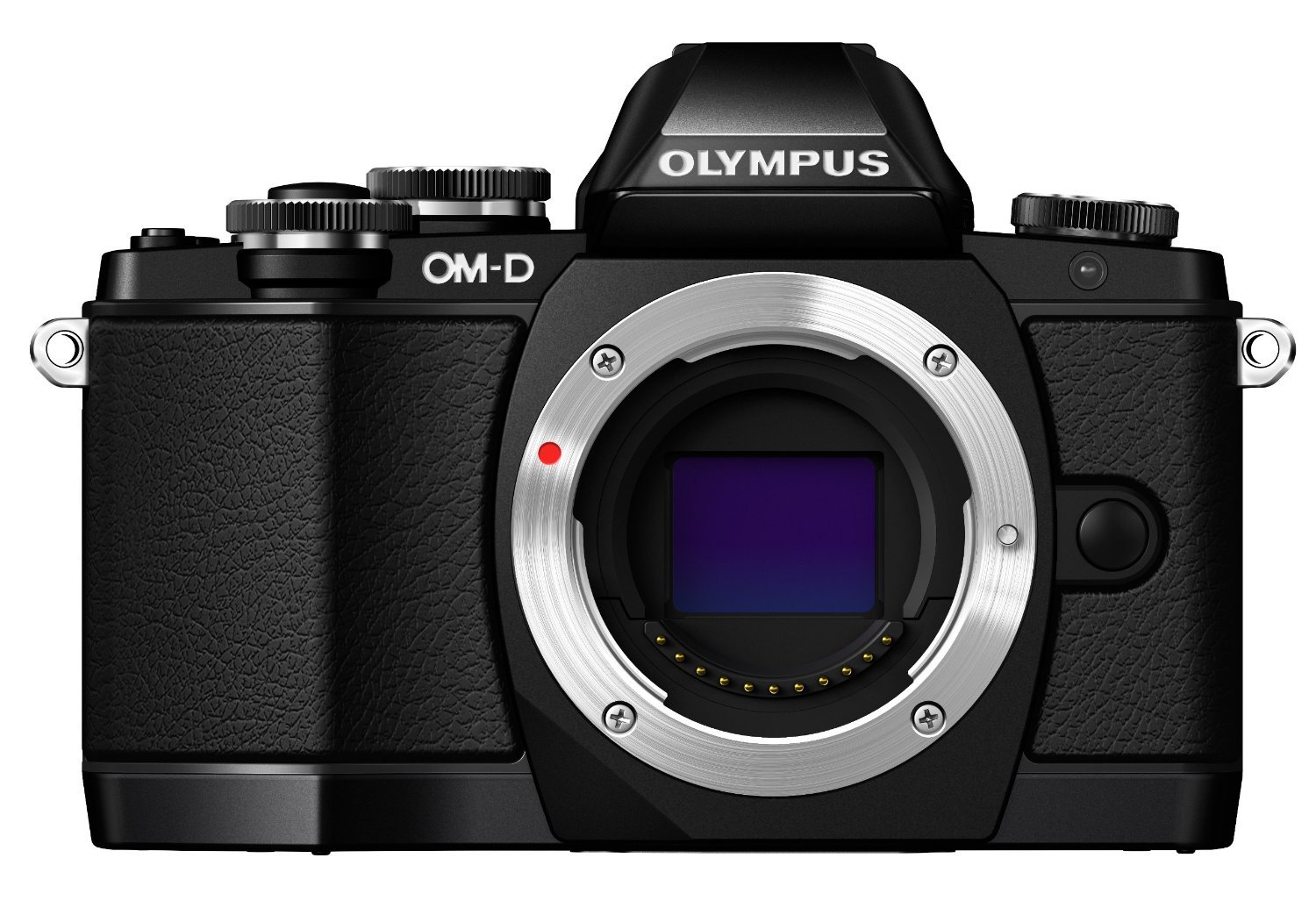 If you want something smaller and a little less expensive, but still great, we recommend Olympus new OMD EM-10 Mark II. It has many of the same features as the Fujifilm, including a great viewfinder, tilting LCD, fast performance and autofocus, built-in Wi-Fi, and lots of buttons and dials.

Olympus also has a very wide assortment of lenses to choose from, and the one included with the EM-10 Mark II is ultra compact. We prefer the Fujifilm’s control setup, which is easier to grasp for a beginner, but the Olympus is a strong challenger and another excellent choice.

Our review of Panasonic DMC-G7 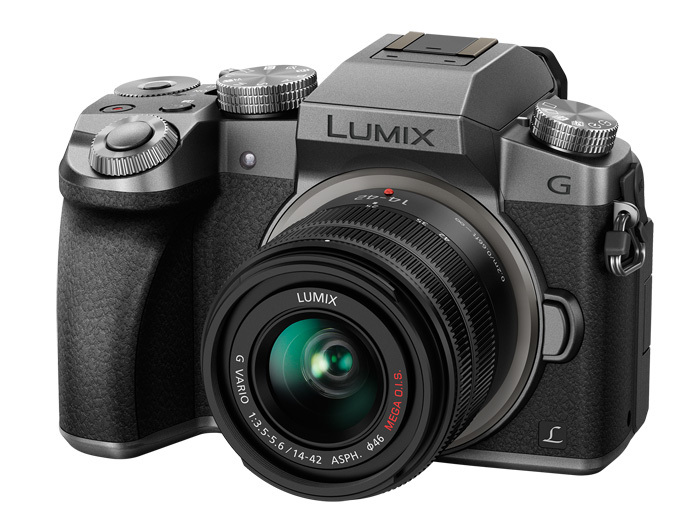 Panasonic’s DMC-G7 is one of the largest cameras in this category, with a beefy grip and sizable footprint. It’s also one of the few that can record 4K video, if that’s a priority for you. But it doesn’t feel as nice in the hands as the Fujifilm or Olympus, and it wasn’t as enjoyable to shoot with.

Our review of Sony Alpha A6000 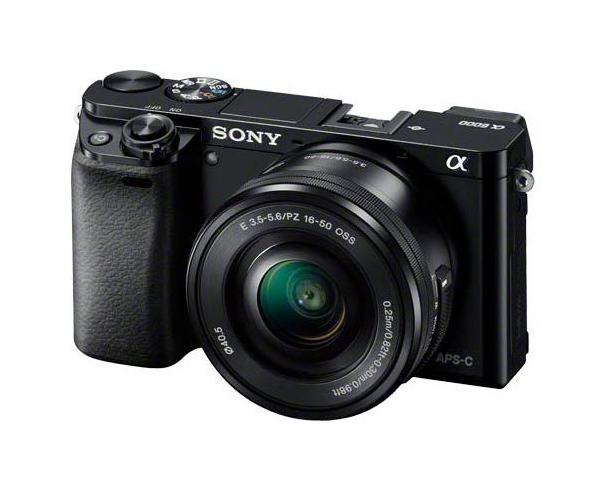 Sony has been making great mirrorless cameras for years, and its A6000 is compact, fast, and takes great photos. But it’s almost two years old and isn’t as nice to use as the newer Fujifilm or Olympus options. We expect Sony to refresh this model in the near future, and when it does, it could be worth considering.

Our review of Panasonic DMC-GM5 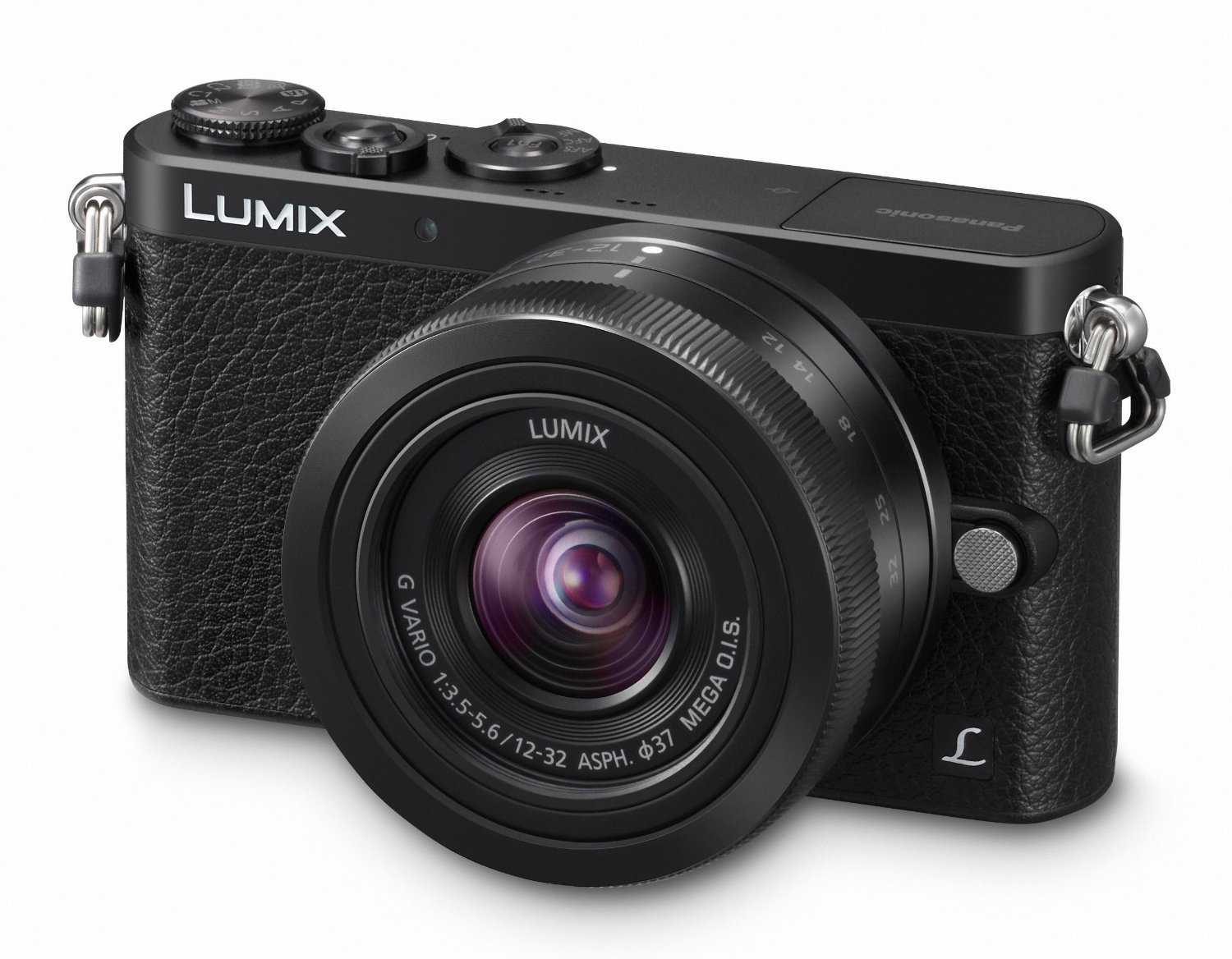 The DMC-GM5 from Panasonic is another camera where its size works to a disadvantage. Unlike the G7, which is too big, the GM5 is too small for its own good, making it awkward to use. The lens that comes with the GM5 kit is appropriately small, but any others you buy for it will be comically large and unbalanced, making it a weird little camera.

Our review of Samsung NX500 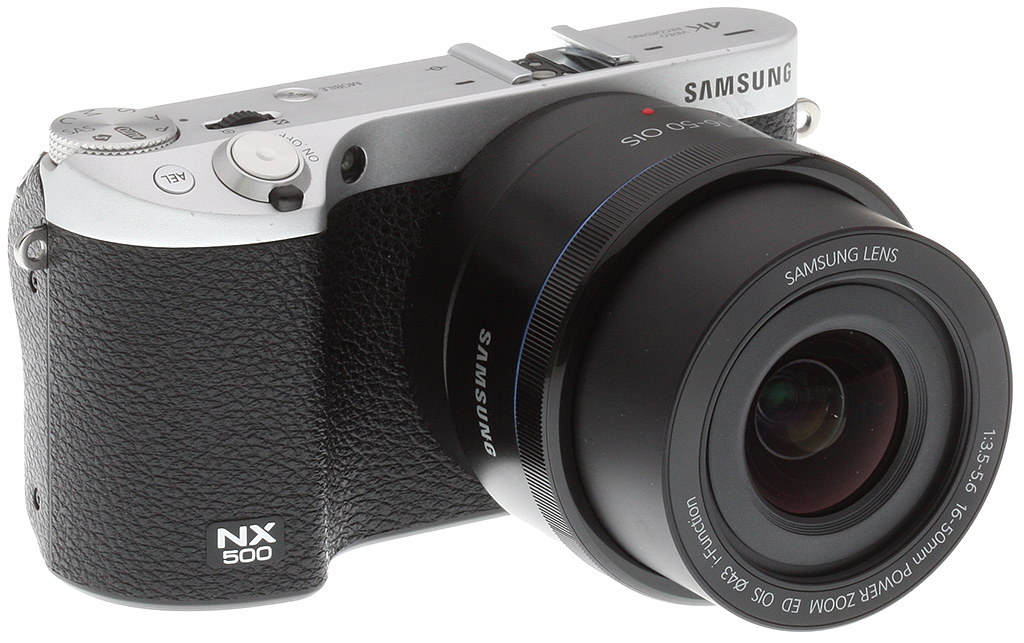 Samsung packed a ton of technology into its NX500, including a very capable image sensor lifted right from the much more expensive NX-1. The NX500 can take great photos and performs well, but it lacks a viewfinder which seems like an odd omission at this level. Samsung’s lens options are also more limited compared to other brands.

Our review of Nikon 1 J5 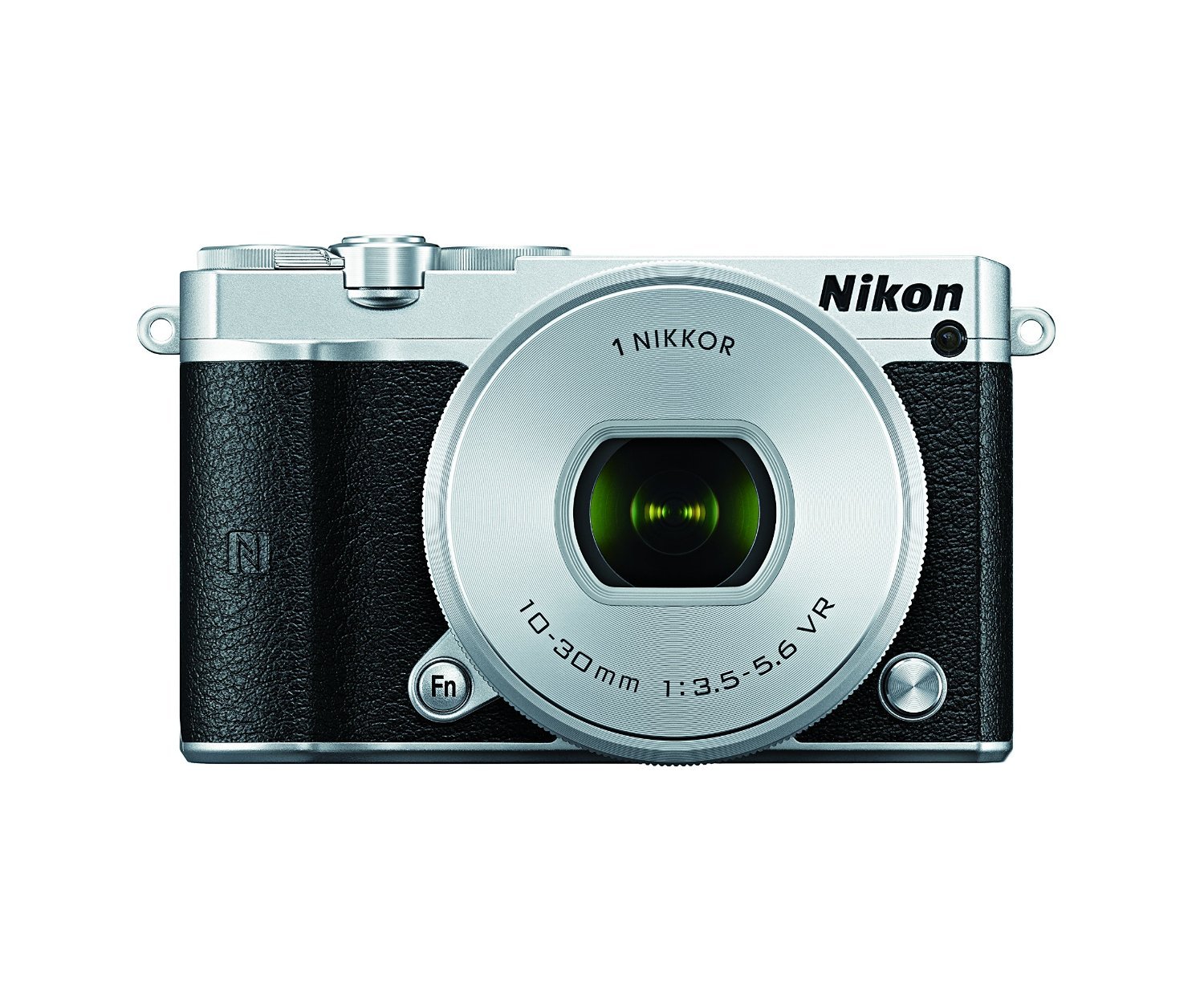 The Nikon 1 J5 is a tiny camera that you can almost fit in your pocket, but not quite. It’s really fast, but its size is the limiting factor: it has fewer controls and a smaller sensor than virtually every other option. That smaller sensor puts the Nikon at a disadvantage in image quality compared to other cameras. And despite Nikon’s long pedigree with interchangeable lens cameras, the 1 system doesn’t have many options in the lens department.

Our review of Olympus PEN E-PL7 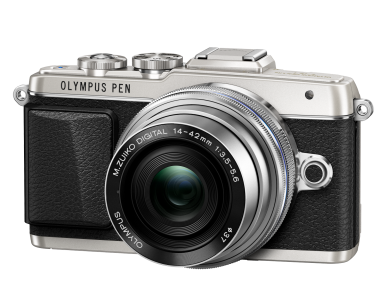 The Olympus PEN E-PL7 is a vintage-looking camera that recalls designs of the 1960s. It’s a capable shooter and has a good amount of controls, but lacks a viewfinder and some of the more advanced features on the newer EM10 Mark II. We’d recommend you step up to the better model if you want to be in the Olympus system.

This Is My Next: a buying guide for the future