My friends who play video games play Destiny. I don't. I have a hard and fast rule not to play games like World of Warcraft or EVE Online, where a reliance on collaboration with friends demands a devotion of at least a few hours each week on average.

This type of video game used to be called an MMO, or Massive Multiplayer Online games, but the label has lost its luster. Most big budget games have at least some sort of component that connects each of its players with the countless others, and the jargon fell to the wayside. Enormous, multiplayer adventures that require apostate devotion remain. They're just disguised as more casual, welcoming fare. Destiny, an online first-person shooter that caters to millions of players with its lengthy missions, impenetrable lore, and expectation even the most casual fans will play nearly identical missions over and over on the quest for better and better rank, has all the trappings of a classic MMO.

I worry I don't have the time for Destiny. That's not a value judgement — I wish I had the time — but I have to make dinner with my wife, clean our house, train our puppy, see friends, work, and, when I'm not doing those things, play games. I adore games, but I have limited time to give to them. My decision not to play Destiny, or any other MMO, is one of self-preservation, intended to leave me time to play many smaller games rather than a single all-consuming game.

My decision to play a variety of things, ironically, has left a considerable hole in the conversations I have with my Destiny-loving friends. Where I zigged, they zagged, and now I feel left out. In the early 2000s, dozens of video developers and publishers tried to manufacture their own popular MMO for this very reason: they attract more players with an ever-expanding sphere of FOMO, the fear of missing out. So this week, with my wife on a work trip and the annual rush of new games for the holidays a few weeks away, I decide to break my "No MMO" rule, and purchase the latest Destiny expansion, The Taken King.

I wish I had time for Destiny

The marketing has breathlessly promised a more inviting and accessible experience. Now, I am told, decent weapons can be earned simply by venturing into a stage, and popping the heads off a few alien grunts. The leveling system, apparently, doesn't rely so much on luck, as it once did, but more importantly, a special item instantly boosts players from a level 1 character to a level 25, theoretically saving newcomers the headache of improving their avatar so that it can compete alongside those of their high-leveled friends.

I download the game, select a character, play the brief introduction, and boost to level 25. Along with my new level, I receive a walk-in closet worth of new weaponry and armor. Have you ever hit the jackpot at the nickel slots? That's the Taken King experience for a first-time Destiny player. Bright colors, random numbers, and a sense that you're cheating the system, but who cares? Look at all this ritzy stuff!

I talk to a few intergalactic space merchants at The Tower, the one place in this virtual world where creatures don't want to kill me, and they give me some other items, a handful of quests, and some lines of dialogue that fit into a story that I think would be confusing even if I weren't taking my seat halfway through the show. I need help. I ping my friends — some of whom work in games, some of whom took The Taken King release day off like it were a holy day — and await them to guide me through my first adventure. 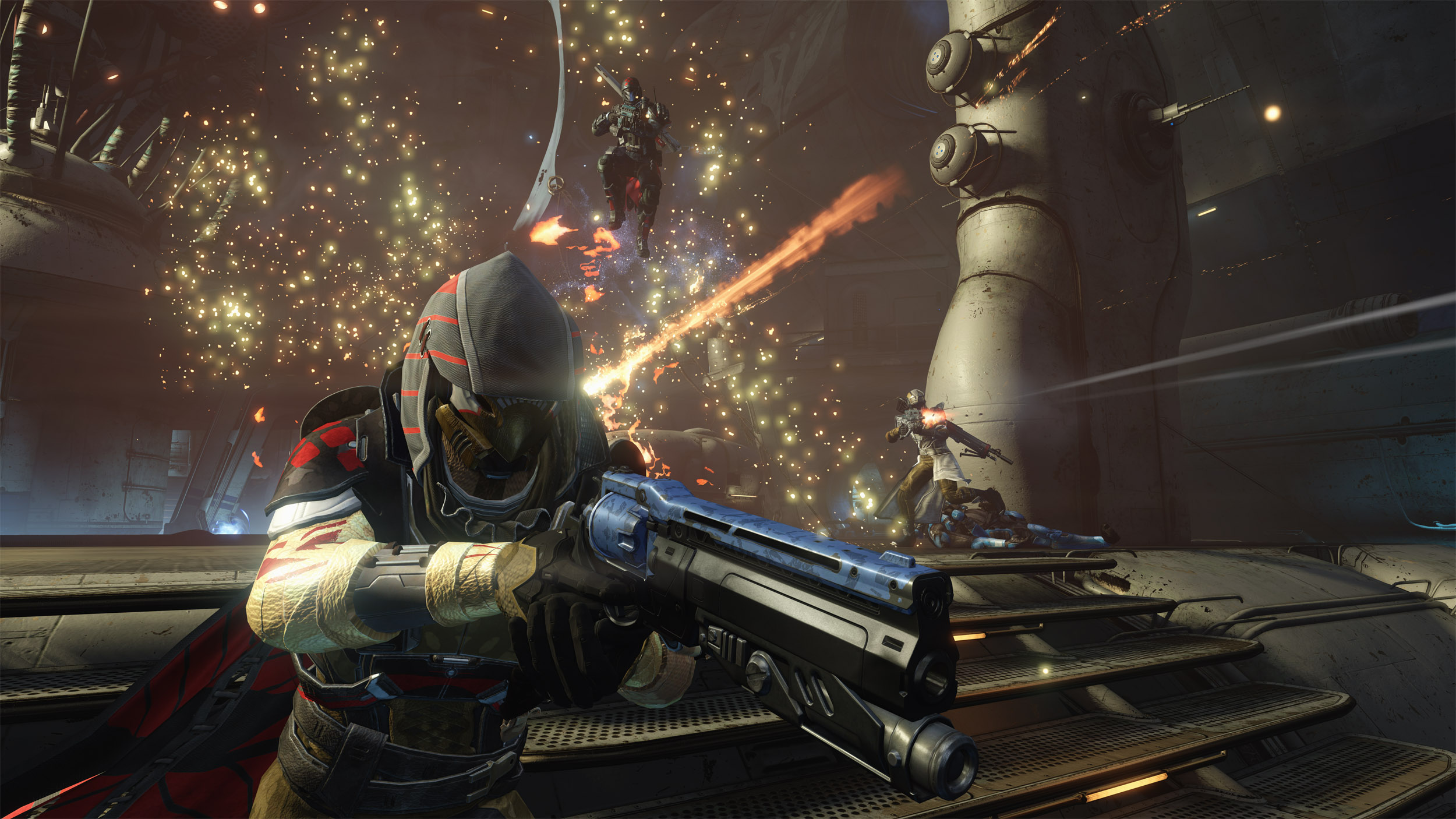 But they can't do that. Because they're fans of Destiny, they planned for The Taken King's release and have already upgraded their characters to level 40 using a mix of tricks from forums, exploits in the game's design, and special promotional codes sponsored by Red Bull. Your level in these sorts of games is like a social caste, deciding where and with whom you spend your time. The things they're doing are so difficult, the game explains, that it won't allow me to join, but that isn't necessarily true. Difficulty in Destiny is in many ways an illusion. Later enemies have more health and therefore require stronger weapons, a design choice that lets the challenge grow alongside its players. You never reach the finish line, if the enemies are always just a little tougher than your latest and greatest rifle. My friends have each spent dozens if not hundreds of hours playing in the past year, which has unlocked more lethal weapons. And they've already completed The Taken King's campaign. By the end of the day, a couple of them have finished it a second time. To play with them, my friends tell me, I'll have to grind through the story with strangers, or just take on the adventure by myself.

Destiny is not fun alone. The moment-to-moment pleasure of unloading a weapon is enjoyable — its developer Bungie created the original Halo games — but because I've boosted my character to level 25, the early stages are too easy. And the later stages are too hard. I ask my friends what's up, and they recommend I use some special skills that should be available to me at my level, except they aren't. My boost to level 25 is essentially in name only, and I will have to earn all of my character's abilities, even simple things like the double jump, which allow me to access portions of later stages, one at a time.

Destiny is a grind alone

I spend a couple hours mindlessly blasting my way through the original Destiny campaign, listening to my friends over party chat having what sounds like the world's best time. Except I don't understand a fleck of their conversation. In this fantasy world, in which my friends are Guardians, epic space heroes resplendent in beautiful armor, I am an ignorant chump. I don't speak their language of mythical jargon and weapon stats. They want some sort of light power; I want a clue of what's going on.

I say this with humility: playing a game alone, while hearing my friends have the time of their lives in that very same game, sits high in my top 10 list of awful things a video game has had me do. At first, I make jokes about how poorly the game welcomes outsiders like myself, how I don't know my Gjallarhorn from my Googlegorn, and everyone chuckles, before someone lets me know the Gjallarhorn isn't actually that great anymore. "There are better exotics," a friend says. "Chris, do you have an exotic?" No, I don't really know where I'd get one. The more I quip, the more I get the sense everyone is just humoring me, and I realize, with shame, I have become the stereotypical jock ridiculing D&D players because it confuses and intimidates him. I don't hate Destiny; I don't understand Destiny. 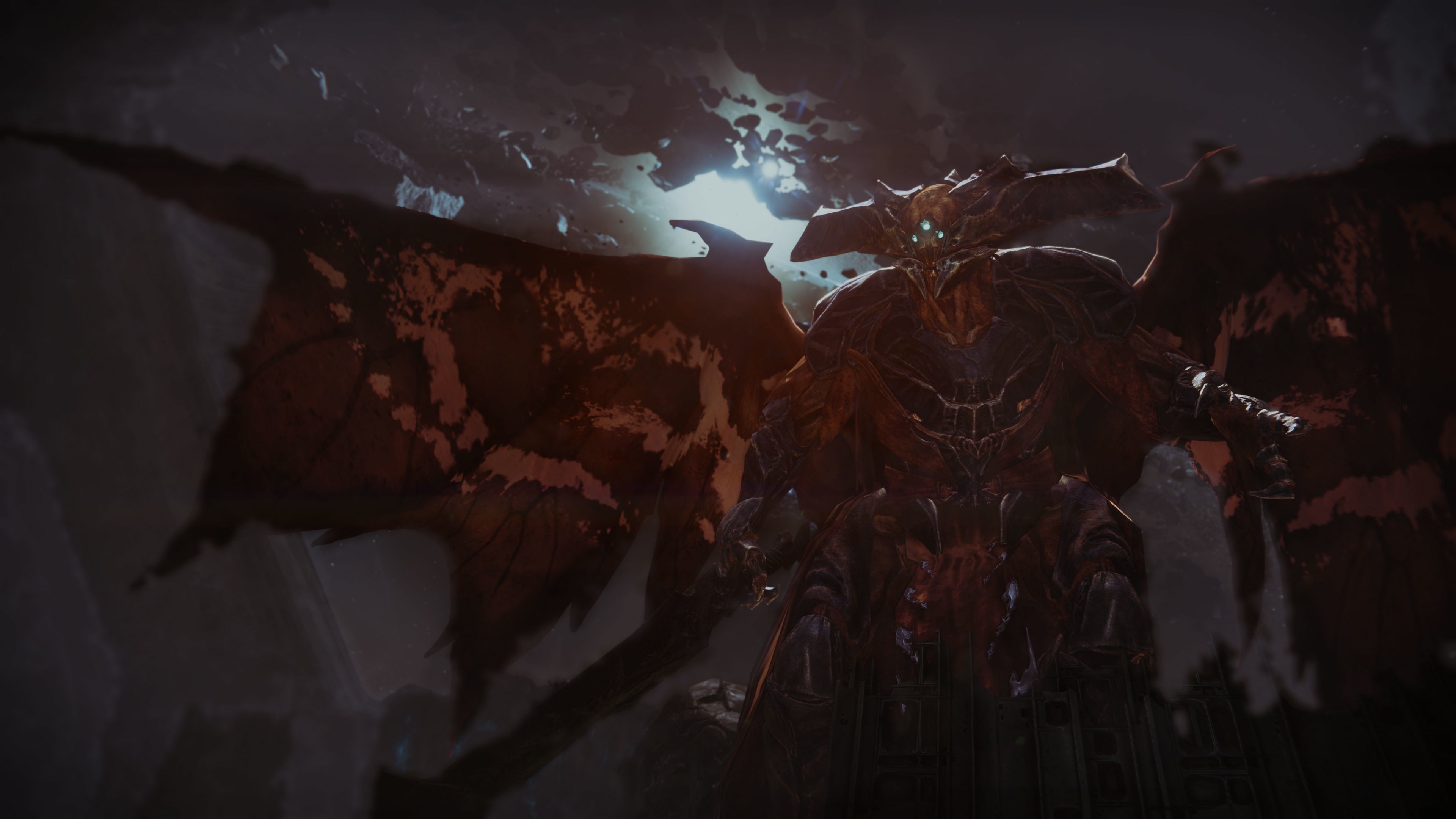 My friends take a break from fun and join me in a competitive multiplayer match where I'm obliterated. The problem, one explains, is that it's matching me with people of their skill level who have the best weapons and armor in the game. I'd have a lot more fun playing on my own. That is, I think, not why I'm here. And in this moment, I feel out of touch, like someone who grew up before the age of video games and none of the controls or goals or rubric make sense. What is blindingly obvious to everyone else must be explained to me, and then it must be explained again and again and again.

I want to learn, and I really don't want to learn. I want to be able to experience this thing that brings my friends so much joy, but I also know any serious commitment is, at this point, impractical. Destiny makes me feel something I never expected from playing with friends: loneliness.

I'll play again tonight, but this weekend I have a wedding. And after that my family is in town. I've been instructed to play through the first 10 hours of the game, just get past it, then make a couple hours a week. In a month time, I'll be the one having fun, my friends tell me. I hope I make the time.