This time without Ashton Kutcher's help

Last year, Lenovo and Ashton Kutcher "collaborated" on the Yoga Tablet 2 Pro, an Android tablet with a built-in video projector. Does the world truly need such a thing? Apparently so, because for 2015, the company has returned with the Yoga Tab 3 and $499 Yoga Tab 3 Pro. (Kutcher apparently didn't play any hand in these products.) The high-end Yoga Tab 3 Pro is a bit smaller than last year's model; its screen is now 10 inches as opposed to 13, which leads to a higher pixel density on its QHD display. And yes, it's very very sharp to my eyes.

Lenovo says improvements have also been made to the projector inside, which has gotten brighter and can now beam out a 70-inch picture — and you can point it at either the wall or your ceiling this time. Sound quality is also a major focus, as the Yoga 3 Tab Pro has four front-facing speakers and what Lenovo describes as "virtualized Dolby Atmos" for an experience the company says can replicate surround sound. Such claims rarely pan out, but if you need to throw on a Netflix movie for a small room or restless kids (like say, when Netflix gets first dibs on Disney films next year), it might work out just fine. 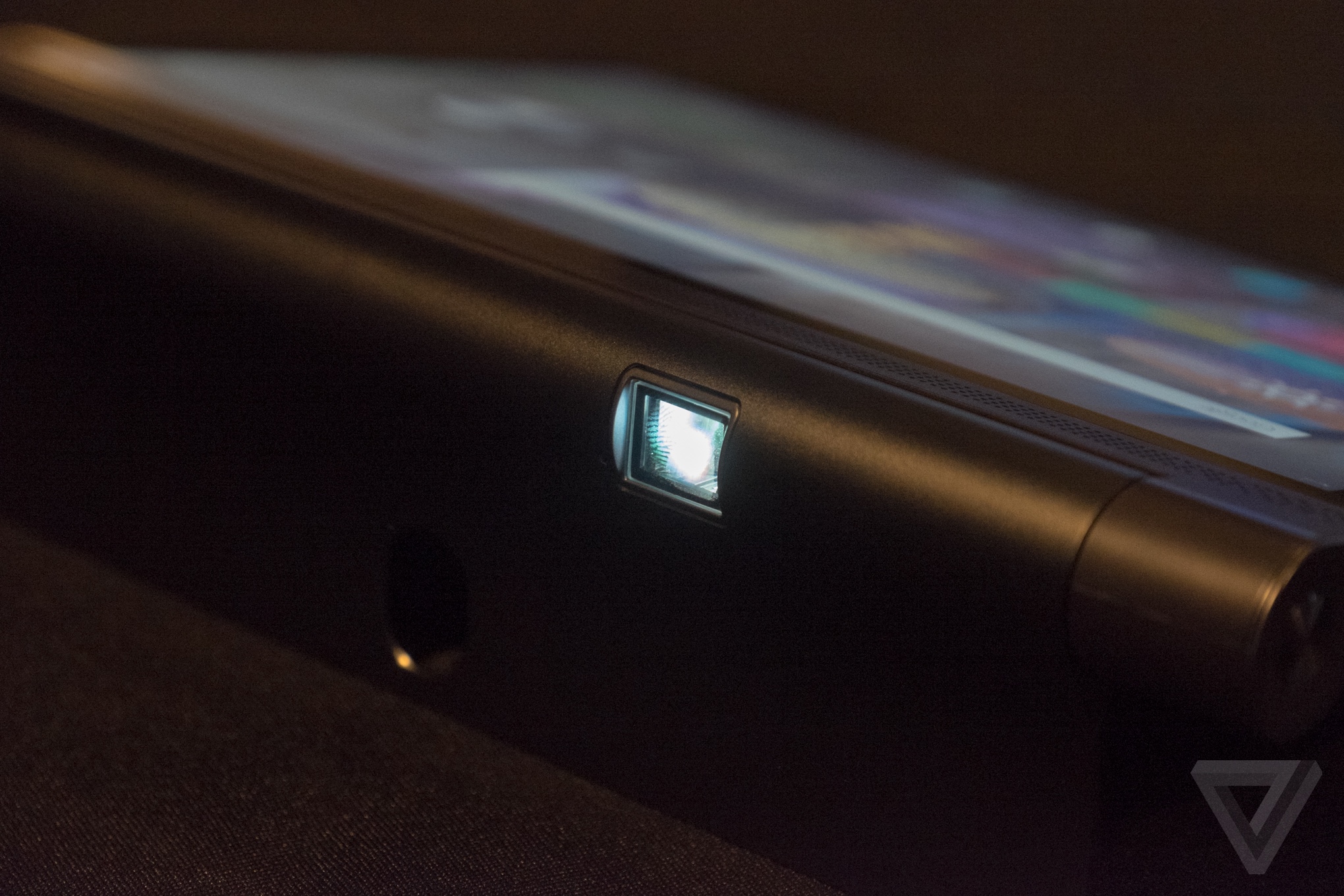 In fact, Lenovo is trying to position this as the one true Netflix tablet, with the app coming preloaded out of the box. Obviously the projector works with any video app, but Lenovo is pushing Netflix hard. Other specs? Those aren't even mentioned in the company's press release. These are all about entertainment and consumption.

The Yoga Tab 3 is more your standard, low-end Android tablet fare. Some aesthetic changes from last year exist though; the "Lenovo" logo around back has been replaced with Yoga branding. Priced at $169 for an 8-inch model or $199 for the 10-inch version, it lays claim to "long battery life," a 1280 x 800 display, front-facing stereo audio, and a weight of 466 grams. The Tab 3 also features a rotating battery and gesture controls so you can snap posed photos when the tablet's not in your hands. Both editions of the new Yoga Tab line include pretty light customization of Android, though the cheaper devices pack in the bloatware you'd expect. The 8-inch Yoga Tab 3 will be available next month, with the 10-inch variant and Yoga Tab 3 Pro following sometime in November.