Apple, Samsung, Sony, and Motorola all unveiled new phones over the past two months. Now it's Google's turn.

At an event on Tuesday, Google will unveil this year's new Nexus phones and kick off the launch of Android Marshmallow. It'll probably have more than that up its sleeve, too. Reports are going around about a lot of new Chromecast news, including a partnership with Spotify and an updated app.

Google's event begins September 29th at 12PM ET / 9AM PT. As always, you'll be able to follow along with The Verge for live updates. Curious about what to expect? Keep reading for all the details. 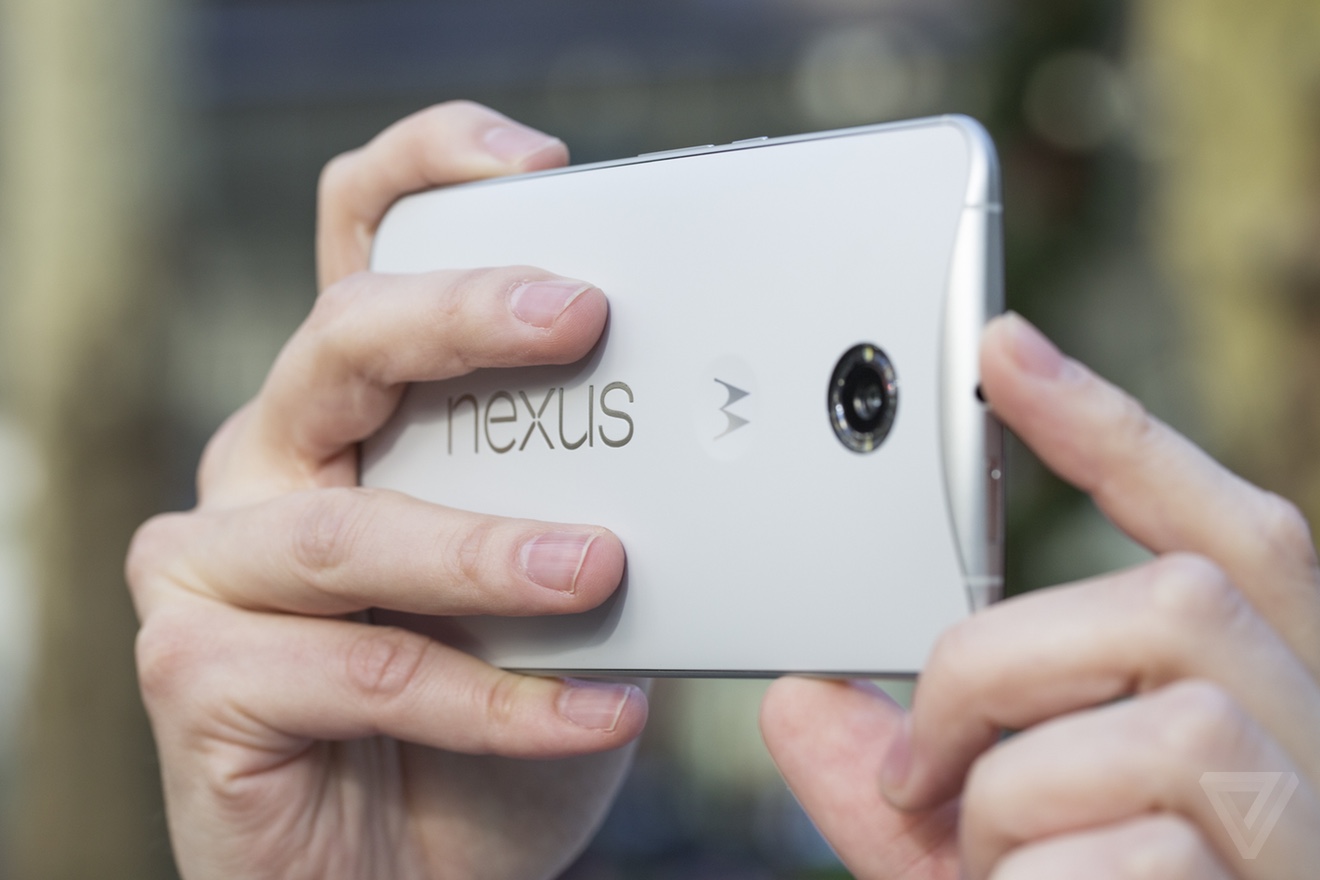 Google has introduced new Nexus phones each fall for five years now, with this year's event marking the first Nexus unveiling as early as September. Another first this year? Google is expected to announce two phones.

The Nexus 5 was introduced two years ago and phased out this spring. Now it's coming back. It's still supposed to be designed in collaboration with LG, but this time it's going by a new name: the Nexus 5X.

Most of the details we've heard about the Nexus 5X have come from untraceably deep rumors that spread endlessly around the web. But there have also been many details out of Android Police. Based on all of that, here are the major differences expected in the new model.

A bigger display: The Nexus 5X is believed to include a 5.2-inch display, up from the Nexus 5's 4.95-inch display. The phone is also believed to stick with a 1080p resolution, which means that pixel density is dropping slightly. That's not necessarily a bad thing — more pixels would have been harder on the phone's battery.

A fingerprint sensor: Google is building support for fingerprint scanners into the new version of Android, so you'd better bet that the new Nexus phones will have them. Leaks show a silver ring on the back of the Nexus 5X that sure looks like such a sensor. Unfortunately, it seems like it's in a pretty awkward position.

More megapixels: Right above that fingerprint sensor is a protruding camera, one that's said to be using a 13-megapixel sensor. There's supposed to be a 5-megapixel camera up front, too. Android phones have been getting much better with photography over the last year, so hopefully this'll be one of the first Nexus phones that we can say is worth shooting with.

A similar design to the old Nexus 5, but with its own distinctions

More speed: The phone is rumored to jump up to a Snapdragon 808 processor with either 2GB or 3GB of RAM, which would put it on par with the Moto X Style. Not totally top of the line, but nothing to complain about either. Storage options are expected to be 16GB and 32GB — a worse situation than iPhone buyers are in.

USB Type-C: Yes, a new connector, and you probably don't have these cables. But the Nexus is designed to be a phone that tells other phone makers where phones are going. Phones are going USB Type-C. It's tiny and reversible, and that's cool with us, alright?

The phone's design should be relatively similar to the last Nexus 5, with a big solid back and a simple black front. The back is supposed to come with different color options, including white; black; and a bluish, greenish, minty kinda thing. It looks good. I probably shouldn't be making a prediction right now, but my money is on this being the standout choice.

There are two really big remaining questions: price and release date. Google's phones usually take a couple weeks to hit stores, but it's never been a terribly long waiting period. Pricing is another matter. Nexus phones have historically been very cheap, but Google's latest phone, the Nexus 6, was a full-priced $649 product. It's also worth keeping in mind that inexpensive-but-powerful Android phones are now much easier to come by, so Google may not have the incentive to make this phone super cheap.

Google introduced the Nexus 6 last year through a partnership with Motorola. This year, the phone is being put in Huawei's hands, and it's going through a lot of changes in the process. This is going to be a very different phone, starting with the name: Nexus 6P.

Like the Nexus 5X, details on the 6P seem to have come from everywhere and nowhere. Many of the details seem to be confirmed by a benchmark caught by Droid Life. Here are the major differences based on what's been floating around.

A new design: This is the first thing you're going to notice. No longer is the Nexus 6 using Motorola's bubbly body; instead it's getting a clean rectangular frame with curved edges and a flat metal back. Oh, and there's what appears to be a big chin on top where the camera juts out. Hopefully there's something good inside of it. It's supposed to come in silver, black, white, and gold.

A fingerprint sensor: No surprise here. Android is adding fingerprint support, and so of course Google's phone is getting one. Unfortunately, the sensor appears to be located on the back of the phone, potentially making for an awkward reach.

A smaller display: Okay, this is kind of weird. But this year's Nexus 6 is supposed to have a display that's less than 6 inches. Instead, it's supposed to come in at 5.7 inches. That's more along the lines of what's in fashion right now. The Moto X Style and Note 5 both use this size, so there's good reason why Google would choose to shrink this phone a bit. The 6P is also supposed to stick with the 6's 2560 × 1440 resolution, so the display should be even sharper.

Why is the camera so large?

A camera that better be good: It's hard to tell from the leaked photos, but it looks like there's a big camera bulge on the back of the 6P. I don't know why it's so big, but it had better be to fit in a seriously good sensor and lens. Benchmarks that have shown up online say it should have an 11-megapixel rear camera and a 7-megapixel front camera.

As with the Nexus 5X, we don't know what the pricing or release date will be here. There's also, arguably, a bit more mystery surrounding the phone itself. We know what an LG-made Nexus looks and works like — it's already made two of them! But this is Huawei's first Nexus phone, not to mention the biggest thing that Huawei has done in the US market. Hopefully it gives us a reason to pay attention.

Of course, the reason two new Nexus phones are coming out is in part to show off the newest version of Android: Marshmallow. Marshmallow was announced back in May, but it should finally be out next week, if not very shortly thereafter — Google will tell us the date during the event. We aren't expecting Google to unveil any surprise new features, but what's already been announced leaves plenty to look forward to. Now on Tap is the standout feature, but there's also a much improved app permissions system, enhanced battery management, and lots of smaller refinements, down to fixing copy and paste. 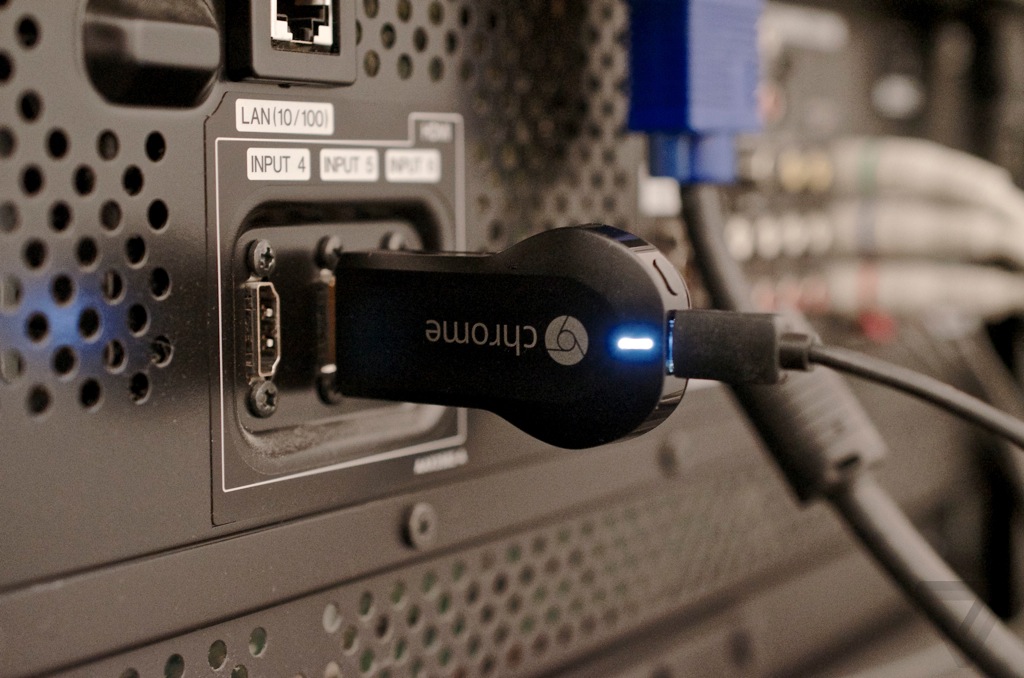 Google introduced the Chromecast two years ago, and in the time since it's been getting more and more services to add support for it. But otherwise, nothing has changed. It's still a weird little dongle that plugs into your TV's HDMI port and can be used to stream music, videos, or entire Chrome tabs over to its screen.

Now the Chromecast is finally in for a change, with two new models in the works. Here's what's expected from Tuesday's event.

It sounds like the updated Chromecast will make modest but very welcome improvements upon its predecessor. Most details have come out of a 9to5Google report from earlier this month. These are the highlights:

A new design: It's still a dongle, but it's a slightly less weird one. Or maybe it's a weirder one, but a smaller one. It's hard to say — we've only seen some blurry images, but the new Chromecast appears to look a little bit like a 3D version of the Chrome logo. It'll come in black, yellow, and red.

Faster Wi-Fi: This is an important one. The new Chromecast is supposed to begin supporting 802.11ac Wi-Fi, which also means support for 5GHz networks. That means higher speeds with less interference, which is pretty key when you're streaming Netflix.

Google may bring content discovery to the Chromecast. Its app, at least

Something to look at: Rather than endlessly cycling through (some admittedly gorgeous) photos, the new Chromecast may be able to pull up new things for you to watch, read, or look at. It's not entirely clear how this will work or what kind of content it'll pull in, but new features that enhance the Chromecast's idle screen could finally make the device useful, even in a basic way, when it's not being used to stream something.

A new app: Google is also updating the iOS and Android Chromecast app, according to another 9to5Google report. Right now the app doesn't do anything aside from helping you set up the device, but an update is supposed to let it look through the apps you have installed to help you find things to watch that can be streamed over Chromecast. It should be helpful, even if it's not entirely necessary.

That's what we know so far, though — like the Nexus phones — pricing and a release date are a mystery. With some luck, Google will stick to the original Chromecast's insanely cheap $35 price.

This is a brand new Chromecast product, and we don't entirely know what to expect. Like the second generation Chromecast, all details on this have come from a 9to5Google report, but they sound about right. Here's the gist.

It's all about playing music: And podcasts. And radio. And any other audio, as its name suggests. The device should look pretty similar to the other new Chromecast, except rather than plugging into your TV over HDMI, it'll plug into a speaker through a headphone cable. Start streaming music, and that's it — your music should start playing over whatever the Chromecast is hooked up to.

There's one killer feature: Multi-room audio. Basically, buy a few of these things, hook them up to different speakers throughout your house, and they should all be able to play in sync. Great for parties, big homes, or people who just like a lot of noise.

It may have one very important partner: Spotify. Chromecast is currently supported by many of the big music streaming services, including Pandora, Rdio, and Deezer, but Spotify has been a glaring absence. Also according to 9to5Google, Spotify is supposed to finally be ready to add support. That'll be a big add if Google is making a music-only device.

Like the other Chromecast, there are no details yet on pricing, but it should be pretty cheap — especially if you're meant to place many of these around your home. In fact, the general details around this device have been thin, so it's possible there's a bit more that we'll get to hear about on Tuesday.