Things are getting awkward in tablet land. On the consumer side, we’ve run out of ideas; maybe we use them to watch video, “babysit” our kids, or travel with them when it’s too annoying to carry a laptop. On the business front, computer makers have been desperate to make tablets work, to the point where they’re creating half-laptop, hingey hybrid things — some with styluses.

Which puts tablet makers in a tough spot when it comes to upgrade cycles, because people aren’t buying new tablets nearly as often as they buy new smartphones. And yet, people have come to expect some of the impressive features that come with new smartphones.

That’s exactly the case with Samsung’s Galaxy Tab S2, which is an upgrade from last year’s Galaxy Tab S and is now the company’s newest flagship tablet.

The question, then, is whether or not the Tab S2 can play the role. It’s fast, it’s powerful, it’s svelte, it’s good-looking. Samsung has addressed some of the issues that consumers had with the previous Tab S, most notably that it was slow, and it had an aspect ratio that was ideal only for movie-watching. But there are still elements of the tablet that show little improvement from last year’s technology. 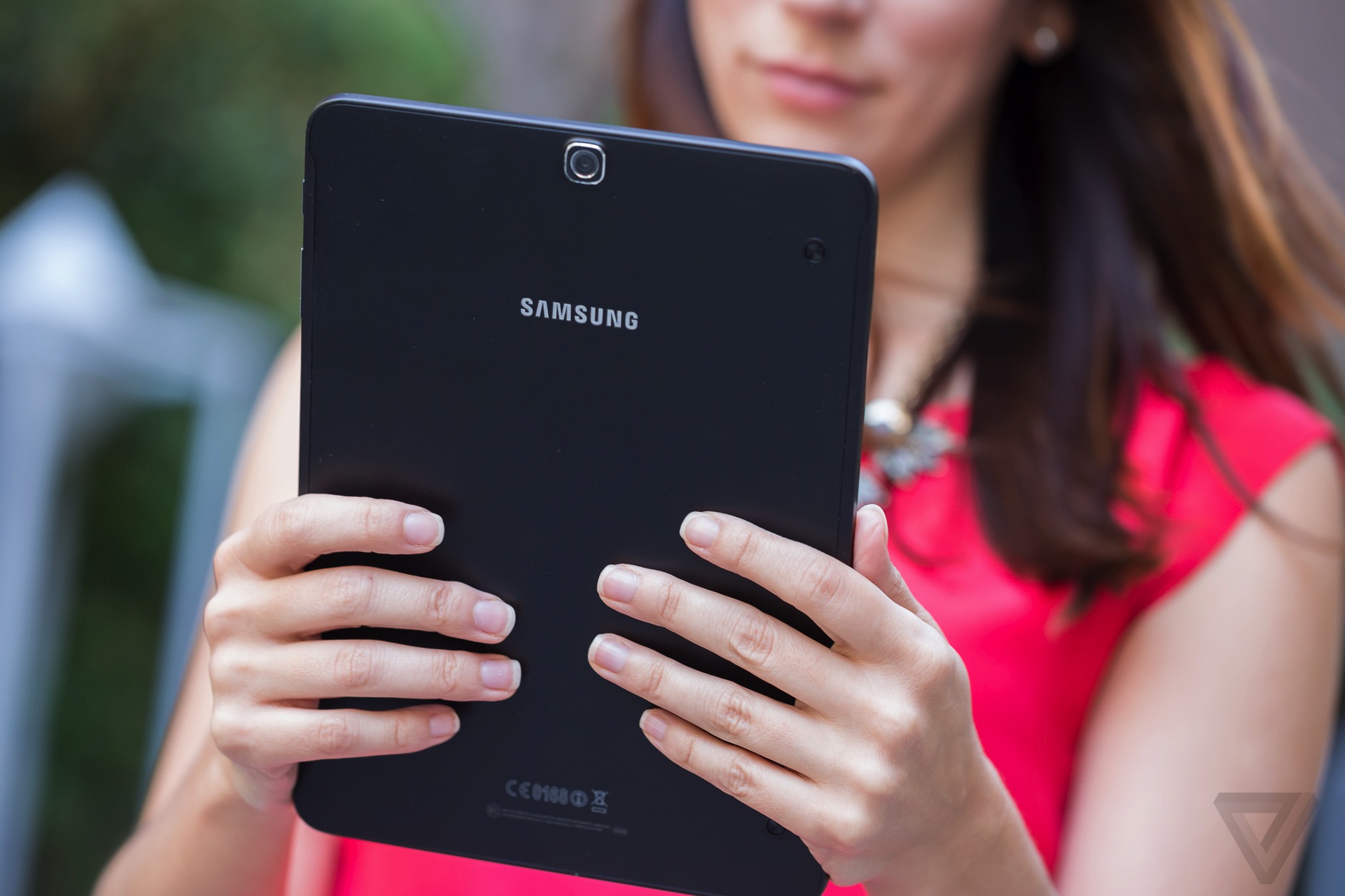 I should talk about the tablet’s build first, since that is one area where it stands out. Tablets are like TV sitcom stars, slimming down almost inexplicably from season to season, and the Galaxy Tab S2 is ridiculously thin. In fact, at 5.6mm thin, Samsung says the Tab S2 is the world’s thinnest tablet, edging out both the iPad Air 2 and the Dell Venue 8 7000. And it’s light enough to forget I was even carrying it in my bag. 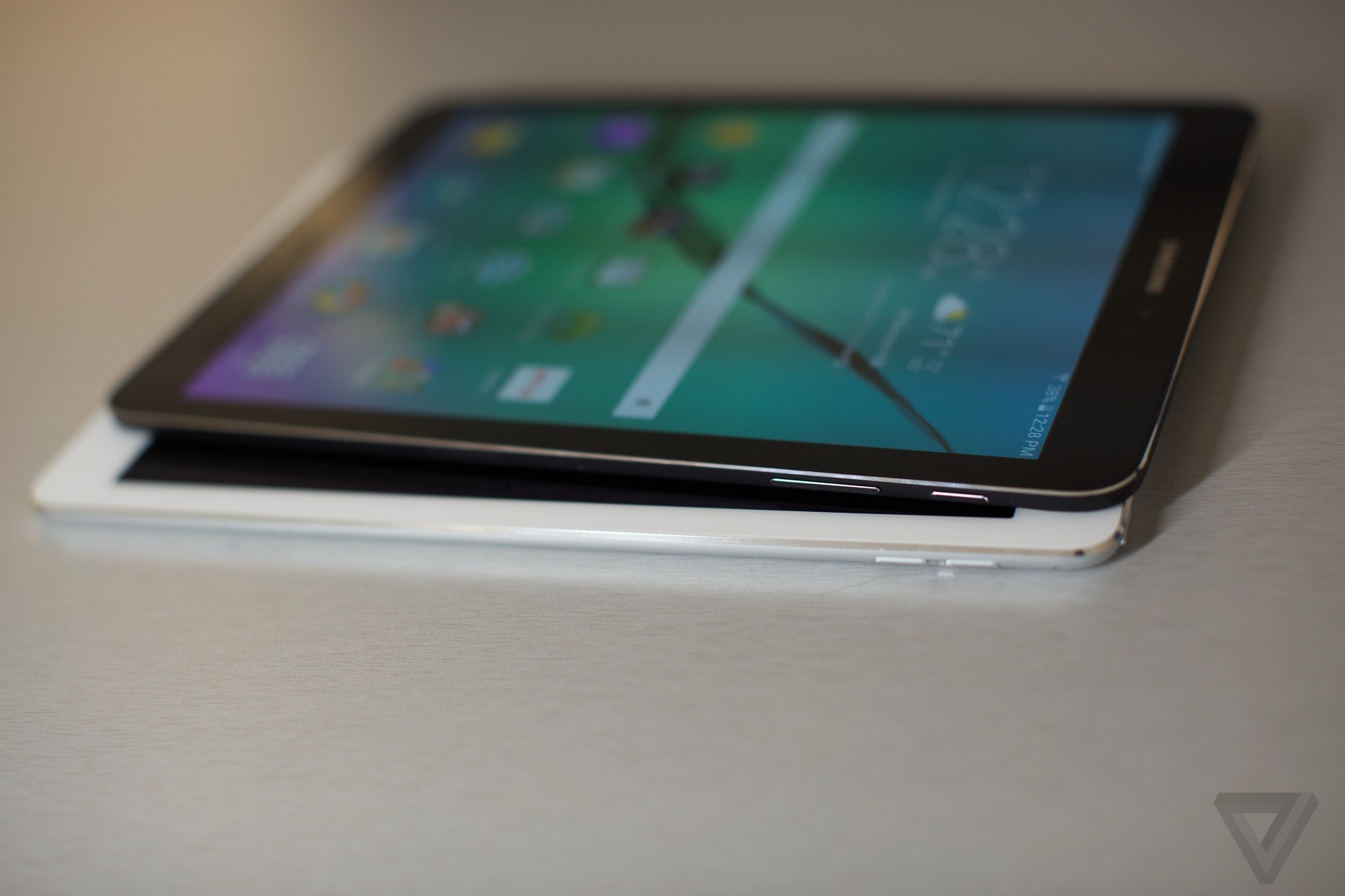 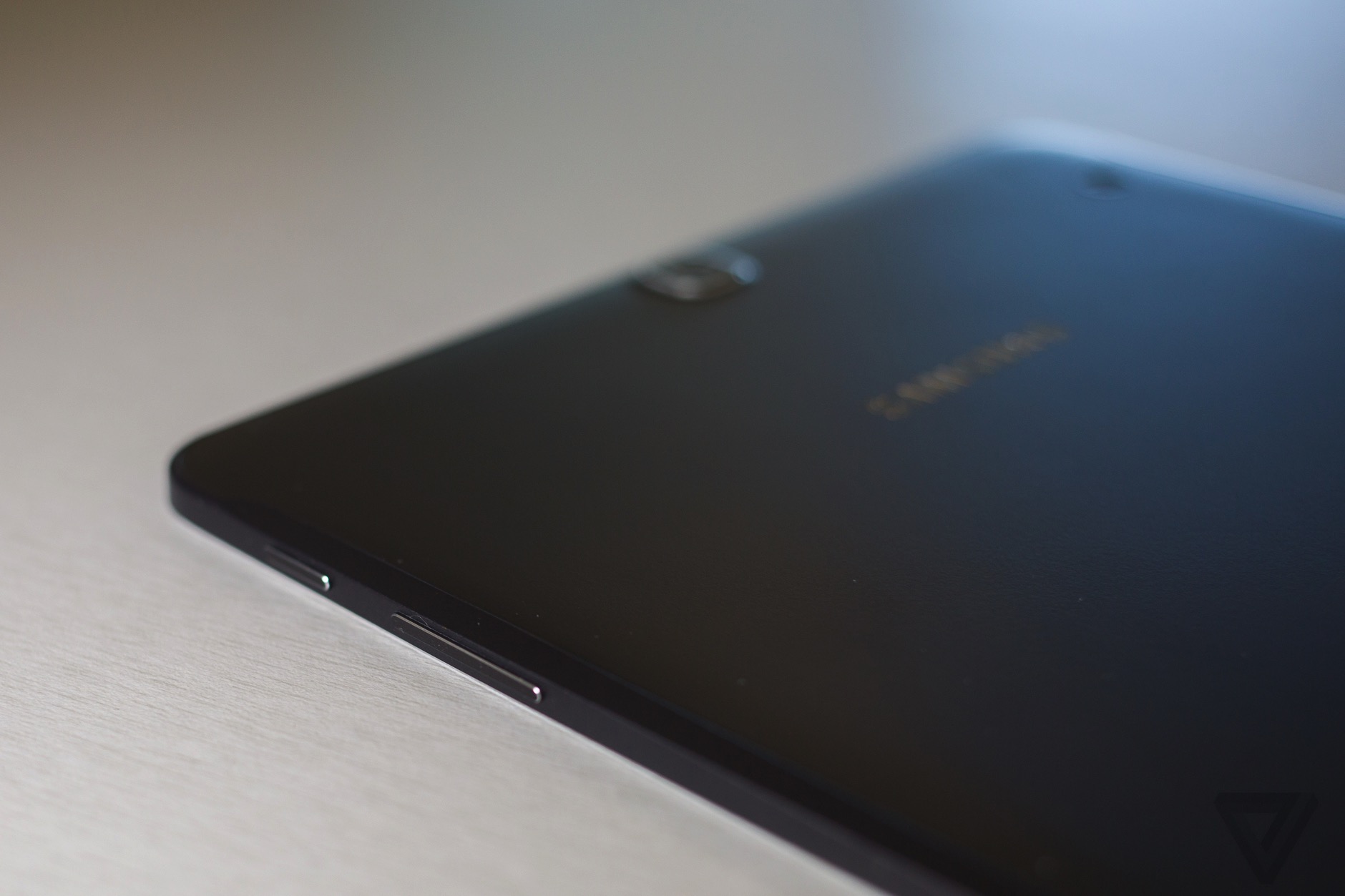 The Tab S2 comes in two different sizes, a larger 9.7-inch tab and an 8-inch one. (Like iPad Mini, the 8-inch Tab S2 was just a little too wide for me to hold comfortably with one hand, but that, of course, will depend on your hand size.) The plastic back of the tablet, while prone to smudges, is wonderfully unembellished, and a metal frame accentuates its fancy feel.

Its Super AMOLED display technically has lower pixel density than the display on last year’s Galaxy Tab S, with a resolution of 2048 x 1536. But the display on the S2 is still rich and vibrant, the difference indiscernible to the average eye. It now has a 4:3 aspect ratio, a welcome change from the 16:10 "cinematic" aspect ratio on last year’s Tab S, which was excellent for movie-watching and not much else. This time around it’s better for everyday stuff, like reading.

At the low end of pricing, there’s the 8-inch, WiFi-only Tab S2, which comes with 32 gigabytes of internal storage for $399. The 9.7-inch, WiFi-only 32GB tab will run you $499. The LTE-equipped models, which are available through AT&T, Sprint, US Cellular, and T-Mobile, vary in price but get as high as $650; both tabs are expandable to 128GB with a microSD card. This puts this Tab firmly in at the high end of tablet pricing, which is what you would expect from a flagship, but there are some decidedly non-flagship elements to think about. 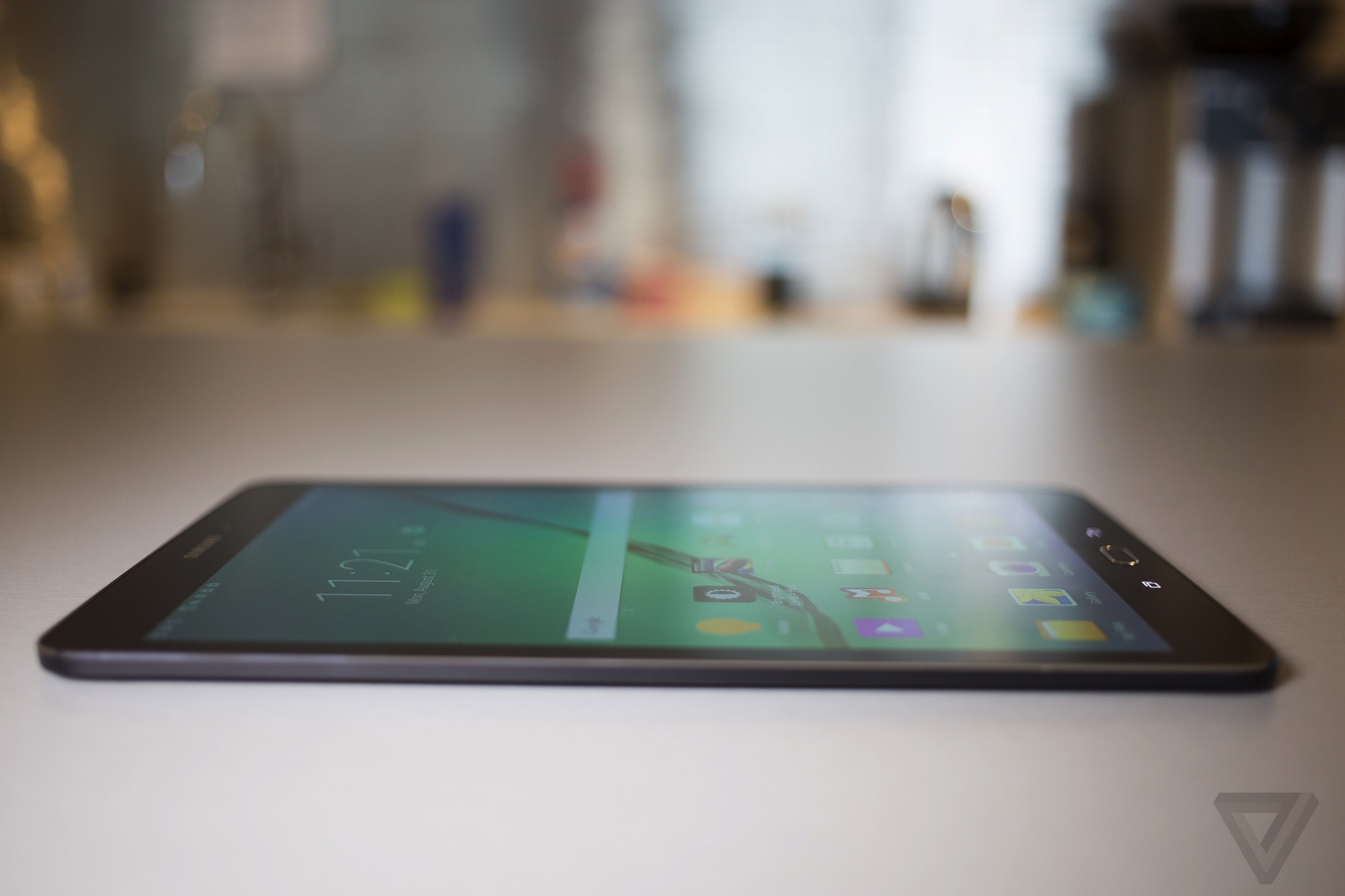 First, it does have an upgraded Samsung Exynos processor (the 5433 quad-core), and for the most part I’ve multitasked and played graphics-heavy games on it without issue. But it’s the same processor found in last year’s Galaxy Note 4 smartphone, not the latest and greatest. Again, with expectations now being set by aggressive smartphone cycles, it’s hard to accept a top-flight tablet with old internals. 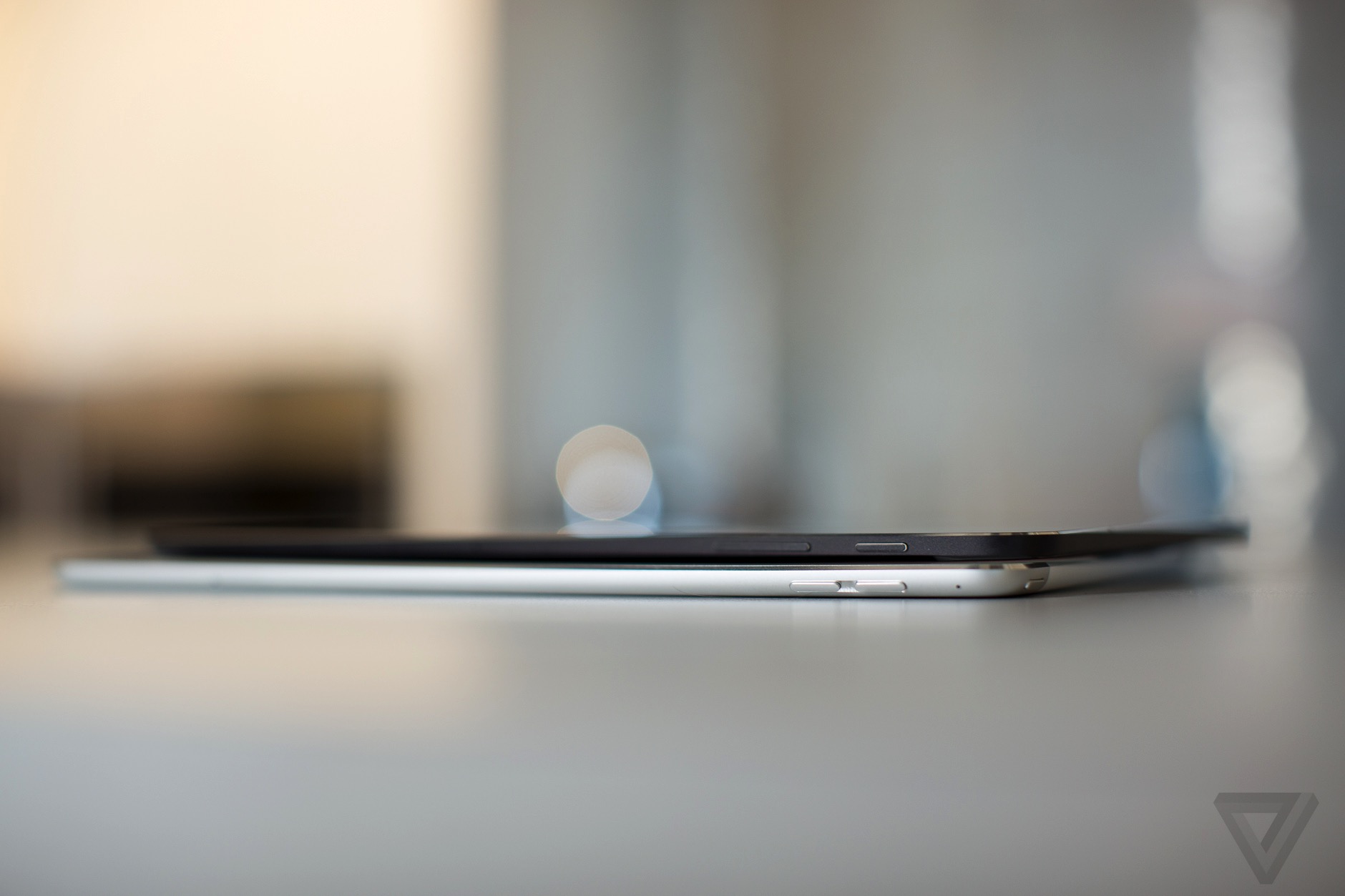 It’s also shipping with an outdated version of Android — Lollipop 5.0.2 — though Samsung assures me it should be upgradable to 5.1.1., and that details on the next-gen Android OS will be available "soon." It has Samsung’s Touchwiz UI, which is fairly clean but still includes some Samsung-specific apps, like Milk Music.

Many of the Tab’s other features will look or feel like old news to you if you’ve been using newer Samsung mobile devices. There’s a fast-working fingerprint scanner built into the home button. You can multitask by running, say, a YouTube video next to a completely different app. And a proprietary feature called SideSync that casts the interface of your Samsung mobile phone onto your tablet, so you can, for example, send a text message directly from the home screen of your tablet.

Samsung is also touting a feature called Quick Connect, which, in theory, would let you throw video from the Tab S2 onto your TV — and vice versa. But to pull video from your TV, you have to have a specific model, the Samsung JS9500 (which, oh yeah, costs around $4,500). In order to go from Tab to TV, your TV has to be DNLA, Wi-Fi- and Bluetooth LE-compatible. My TV’s old school, so I couldn’t really test this. When I opened up Quick Connect on the Tab S2, it was only able to find my Sonos speakers. 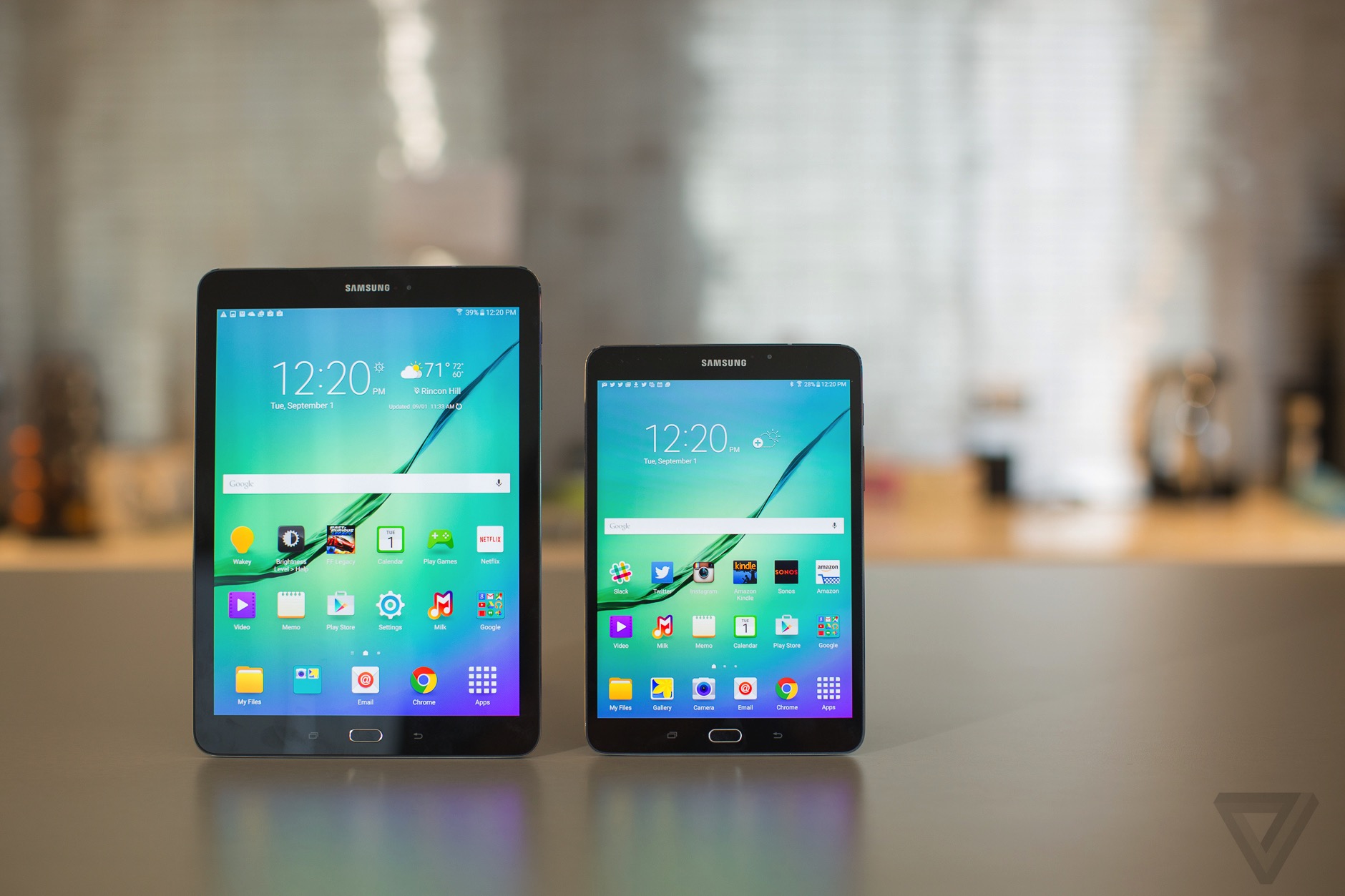 The tablet’s 8-megapixel rear and 2.1-megapixel front cameras are pretty much the same as last year’s Tab S, with a slightly wider aperture lens to let in more light. For people who like to take lots of pictures with your tablet (and I have yet to match your enthusiasm for such endeavors), you likely won’t be blown away by the photos, especially ones taken in low light. It records QHD video at 30 frames per second, although it doesn’t do 4K.

Battery life is a little disappointing 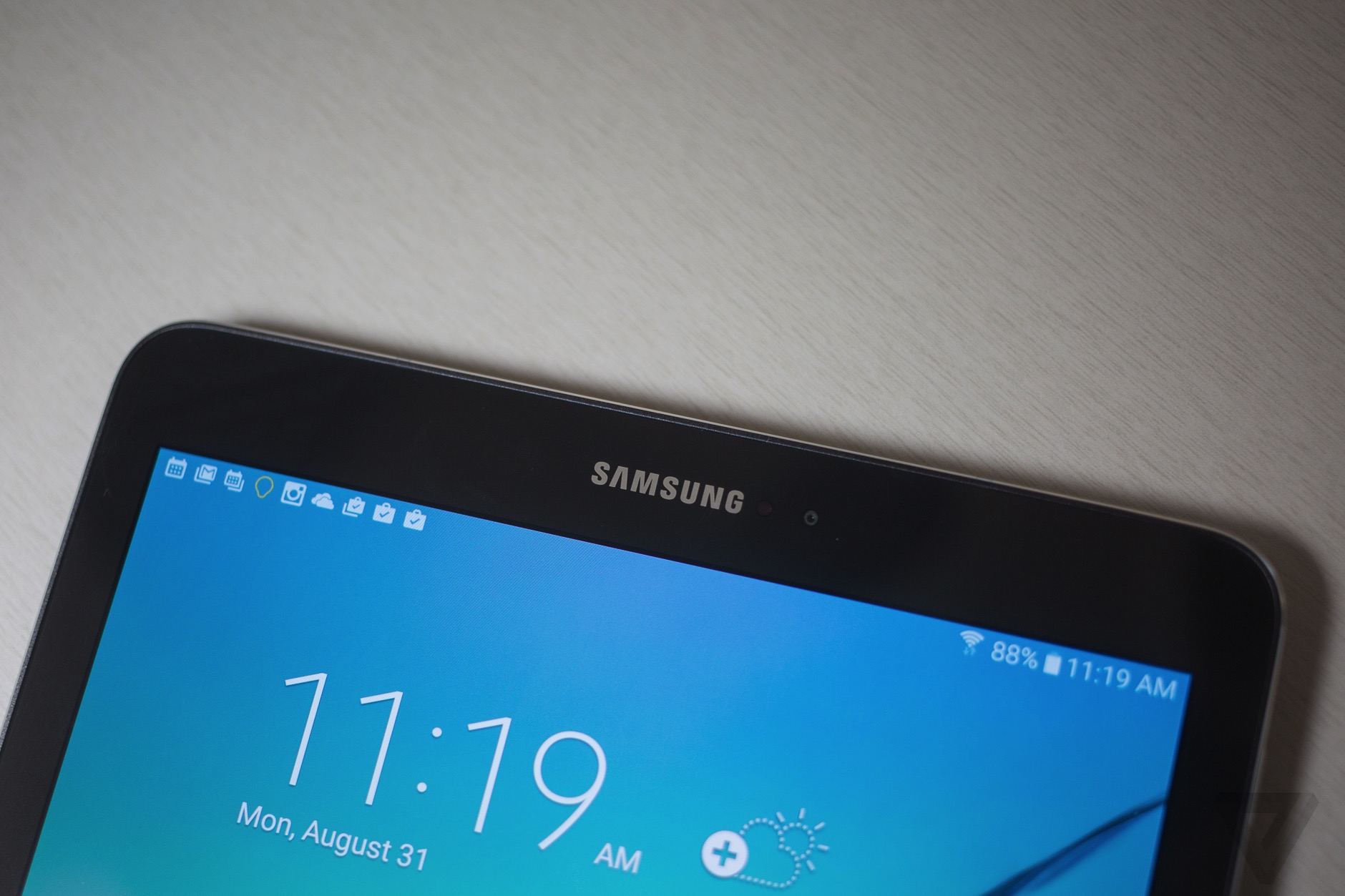 Then there’s battery life. In our Verge battery test, which cycles one web page per minute, I got 6.5 hours out of the larger Tab S2 and about 15 minutes more out of the 8-inch Tab S2. With average use, it lasted about a day and a half. This falls short of what many other tablets are capable of these days, and the reason is obvious: it’s just so darn thin. The batteries in each of these tabs are, in fact, smaller than the batteries on last year’s Tab S.

Does it have fast-charging capabilities? Nope. Wireless charging? Wishful thinking.

Samsung’s explanation for all of these decisions around the Tab S2 is that it mostly expects this to be a "living room device" — which maybe also says something about how we’re all using (or not using) our tablets. Battery life, in this scenario, doesn’t matter as much; you can always plug in if it’s lying around the house.

Samsung has updated its flagship tablet in areas where it needed it. Will it lure some consumers? Sure, if they happen to be on an upgrade cycle, really care about thinness or — oh yeah — are looking to pay $399 or more for a high-end Android tablet. And yet, I still don’t feel like it has that wow factor that gives tablets the push they really need. 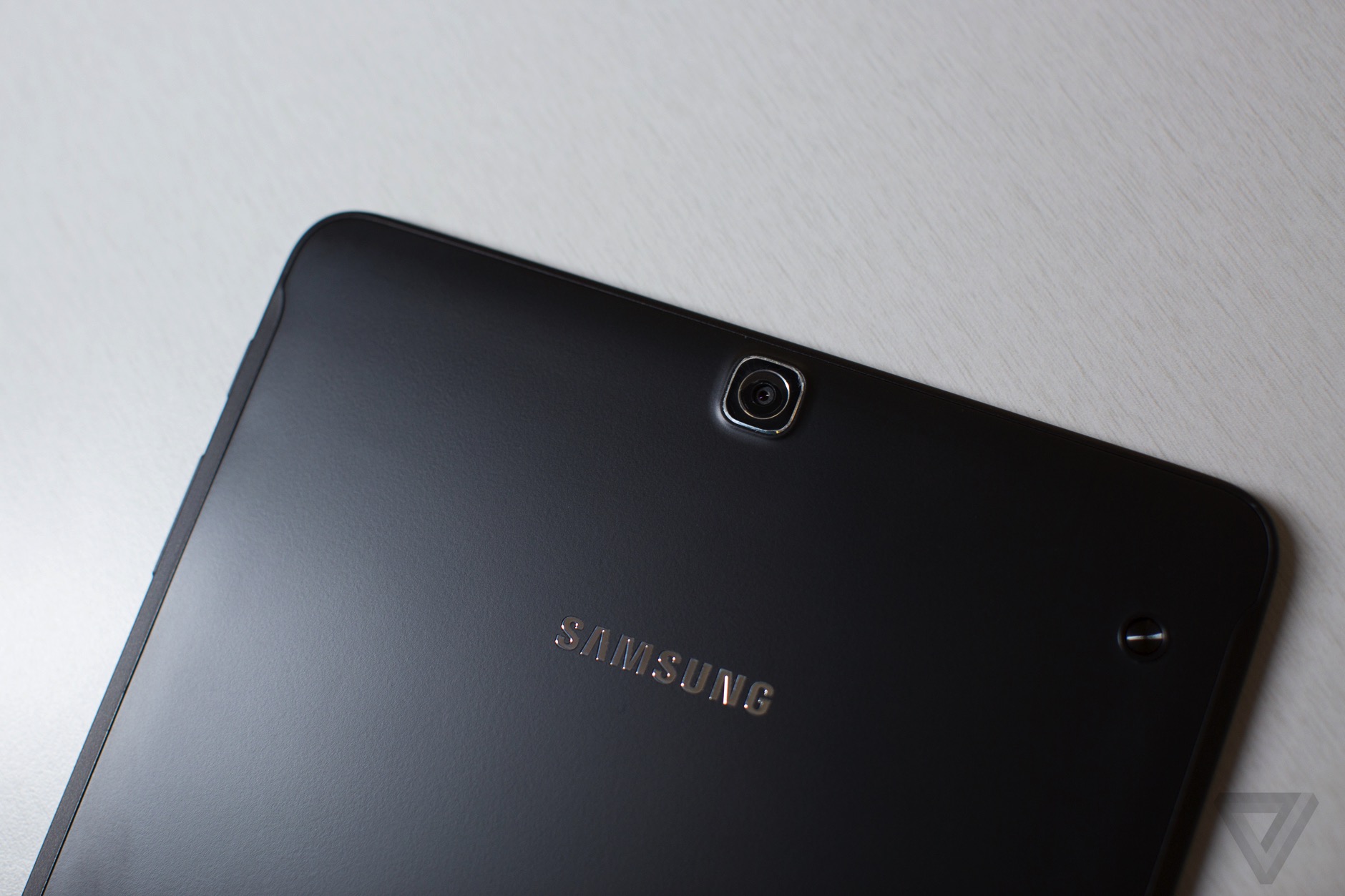