Using your smartphone while behind the wheel is a terrible idea. It’s distracting, it’s clumsy, and it’s just plain unsafe for you, your passengers, and other people on the road. But since the smartphone is the epicenter of our digital lives, it’s really hard not to want to use it while driving. After all, it’s a navigation, entertainment, and communication device that slips into our pockets.

This year, Apple and Google are finally making it possible to use your smartphone safely while driving. Apple’s CarPlay and Google’s Android Auto integrate with a vehicle’s existing infotainment system, providing quick access to navigation, music, messaging, phone calls, and more, without requiring you to ever look at your phone. A few months ago, I took a look at Android Auto in a production car, and now I’ve had the chance to test out Apple’s system in a 2016 Corvette Stingray. 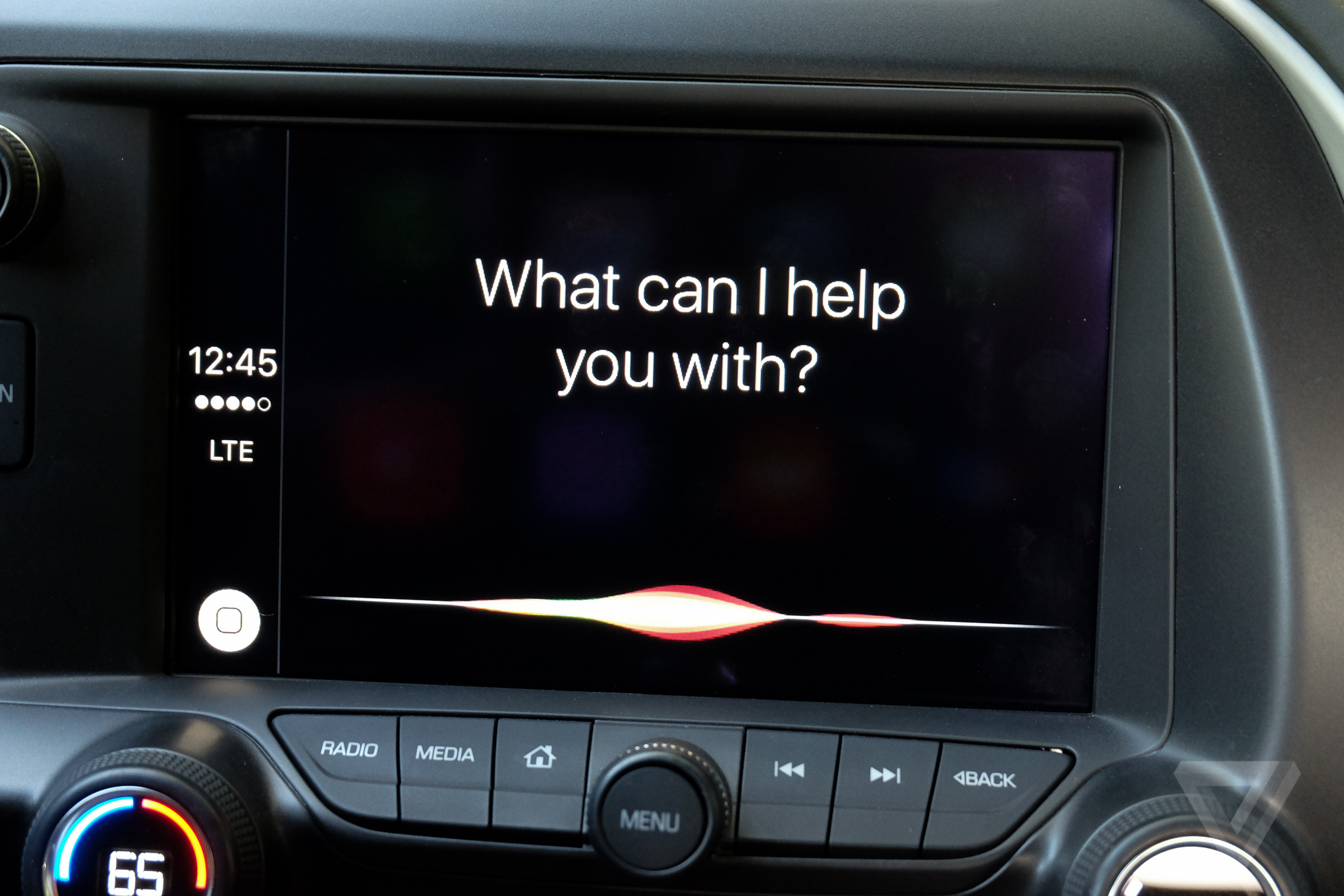 Like Android Auto, CarPlay behaves like an app on top of a car’s native infotainment system. Plug in your iPhone, tap the CarPlay icon that appears on the screen in your dashboard, and a familiar grid of iOS-style app icons jumps to the forefront. (In the future, you’ll be able to wirelessly connect, but currently you need a Lightning cable.) The app icons work exactly like you’d expect: tap the one you want to open the desired app. In the lower left corner of the screen is a home key that will take you back to the grid of apps or launch Siri with a long-press. The iPhone will charge if it’s plugged in, and I didn’t experience any of the overheating issues I often saw with Android Auto. Also unlike Android Auto, the iPhone is fully functional when CarPlay is running, so a passenger can still use it instead of relying on the car’s interface. 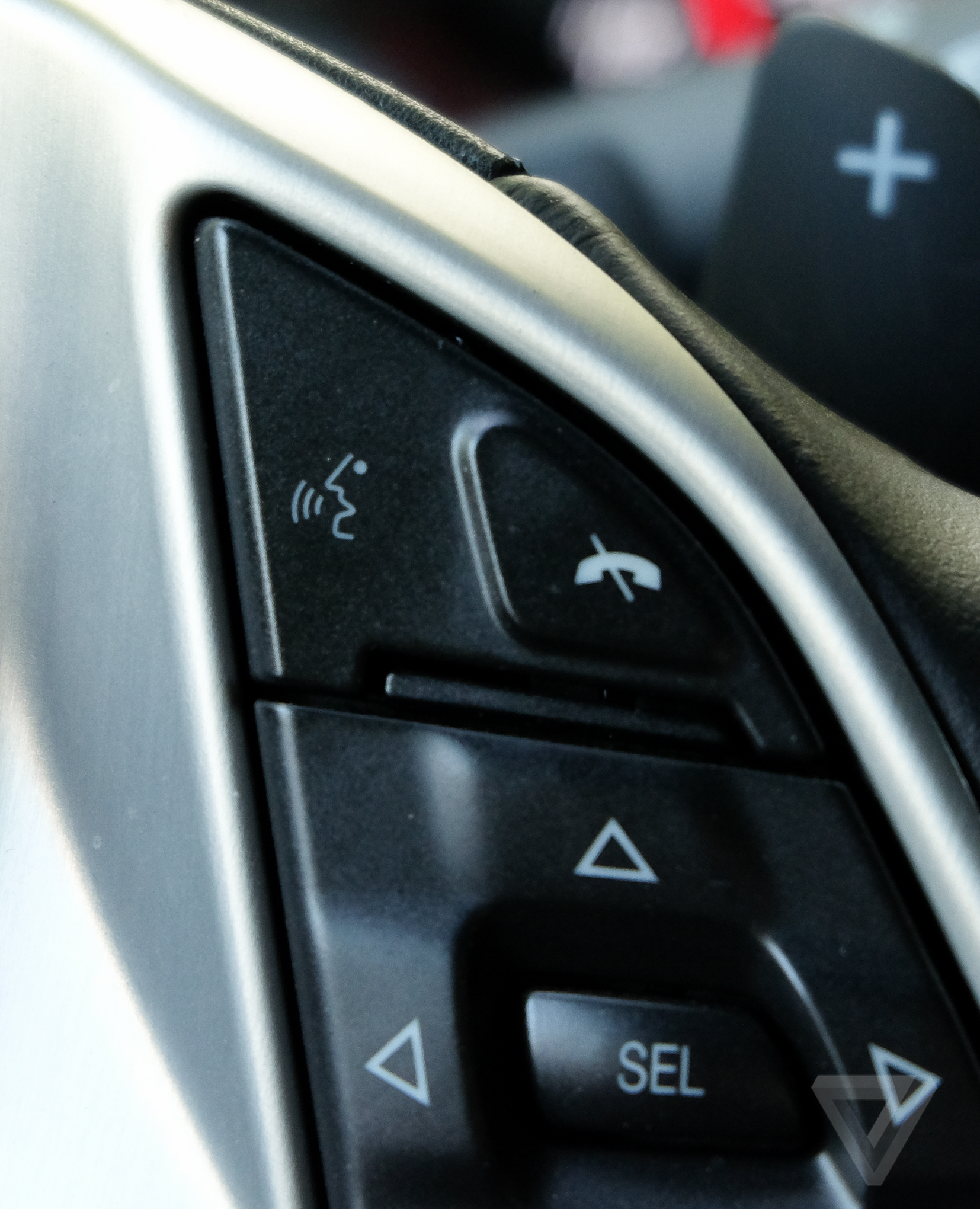 The apps available in CarPlay are limited by design. There are Apple’s phone, messages, maps, and music apps, plus a handful of third-party options, such as Spotify, Tune-In Radio, and CBS News. Unlike Android Auto, CarPlay doesn’t support any third-party messaging apps, so it can only handle standard text messages or iMessages.

CarPlay apps are limited by design

You can swipe and poke the touchscreen to control CarPlay (which isn’t a very pleasant experience with the lousy touchscreen on this Corvette), but Apple really wants you to use your voice, and most things can be performed by using Siri. Press and hold the home button on the touchscreen or hold the voice key on the steering wheel and Siri will come to life, ready for your command. You can ask for directions, play music, open apps, make phone calls, or dictate text messages with Siri. It will also answer most standard queries, such as "what’s the weather" or "what’s on my calendar today." Siri’s dictation is often accurate, making it easy to send text messages in one try. But at the same time, Siri can’t control any third-party apps, so you can’t ask it to play your favorite playlist in Spotify.

Getting voice control and dictation right is important, because like Android Auto, CarPlay doesn’t let you read any of your messages on the screen. It will only dictate them to you and allow you to dictate your reply back. It’s a tedious way to send and receive messages, so it’s not something I’d want to do for long conversations, but to send a quick "I’m on my way home," it works great. (It’s also a lot safer than forcing you to read a message on the screen while you’re on the road.) 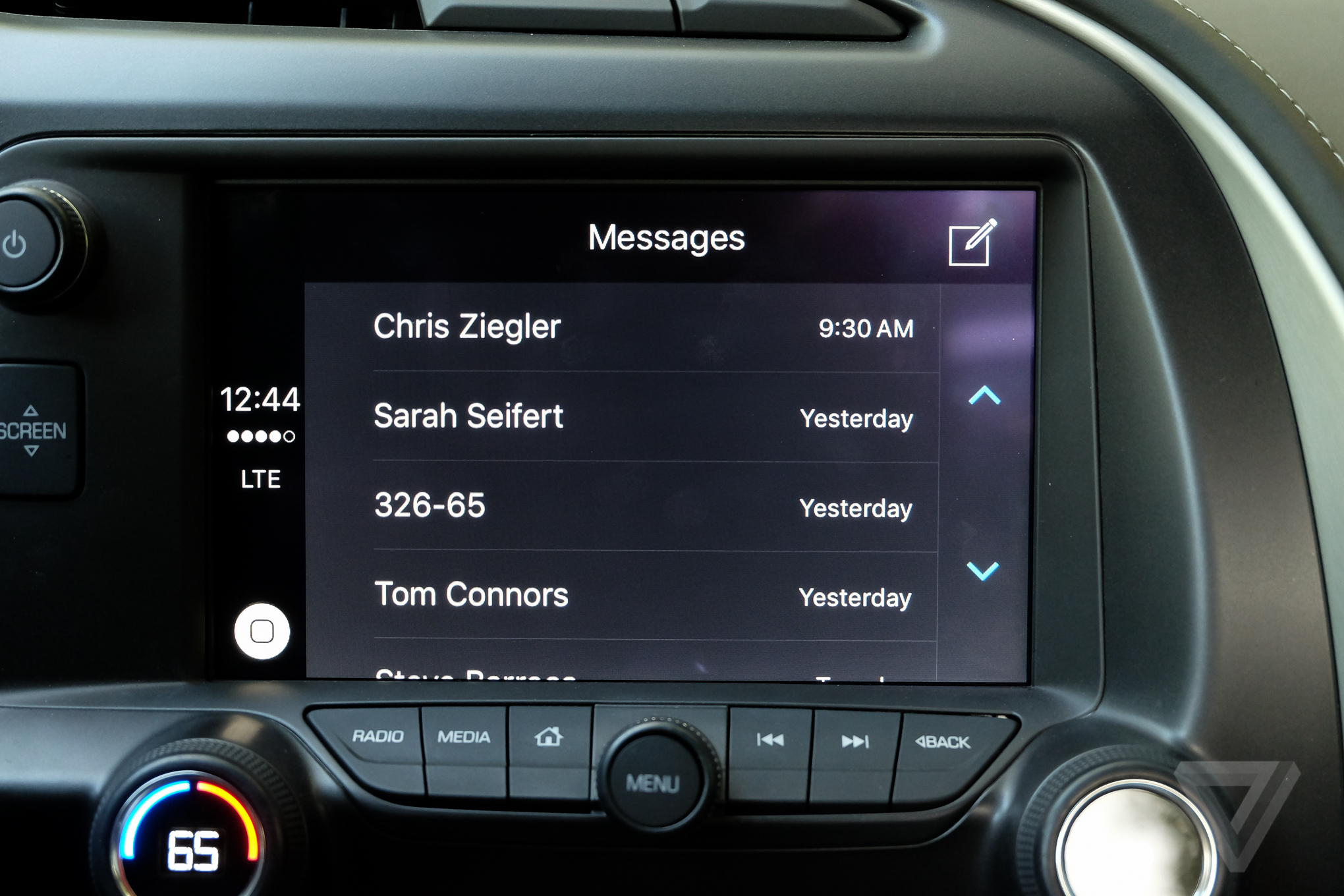 CarPlay doesn’t provide any way to check other notifications, so forget about scanning your inbox, checking Snaps, or seeing how many favs your fire tweet is getting. That’s all a good thing — none of those are particularly necessary pieces of information when you’re driving. Currently, CarPlay also doesn’t let you control any of the car’s native functions, such as climate or performance settings, but Apple says that carmakers will be able to build that functionality with iOS 9.

No Google Maps is a bummer

Unsurprisingly, Apple is keeping a pretty tight grip on what apps are allowed to work with CarPlay, and its Maps app is the only navigation option supported. Apple Maps has come a long way since its debut, but it’s still not as good as Google Maps, and it’s really the one thing I wish I could change with CarPlay. Traffic information doesn’t seem to be as current as Google’s, and when I’ve compared routes side by side with an Android phone, Google’s directions are often faster and easier to navigate. CarPlay did get me from point A to point B, it just wasn’t always the easiest or quickest ride there. 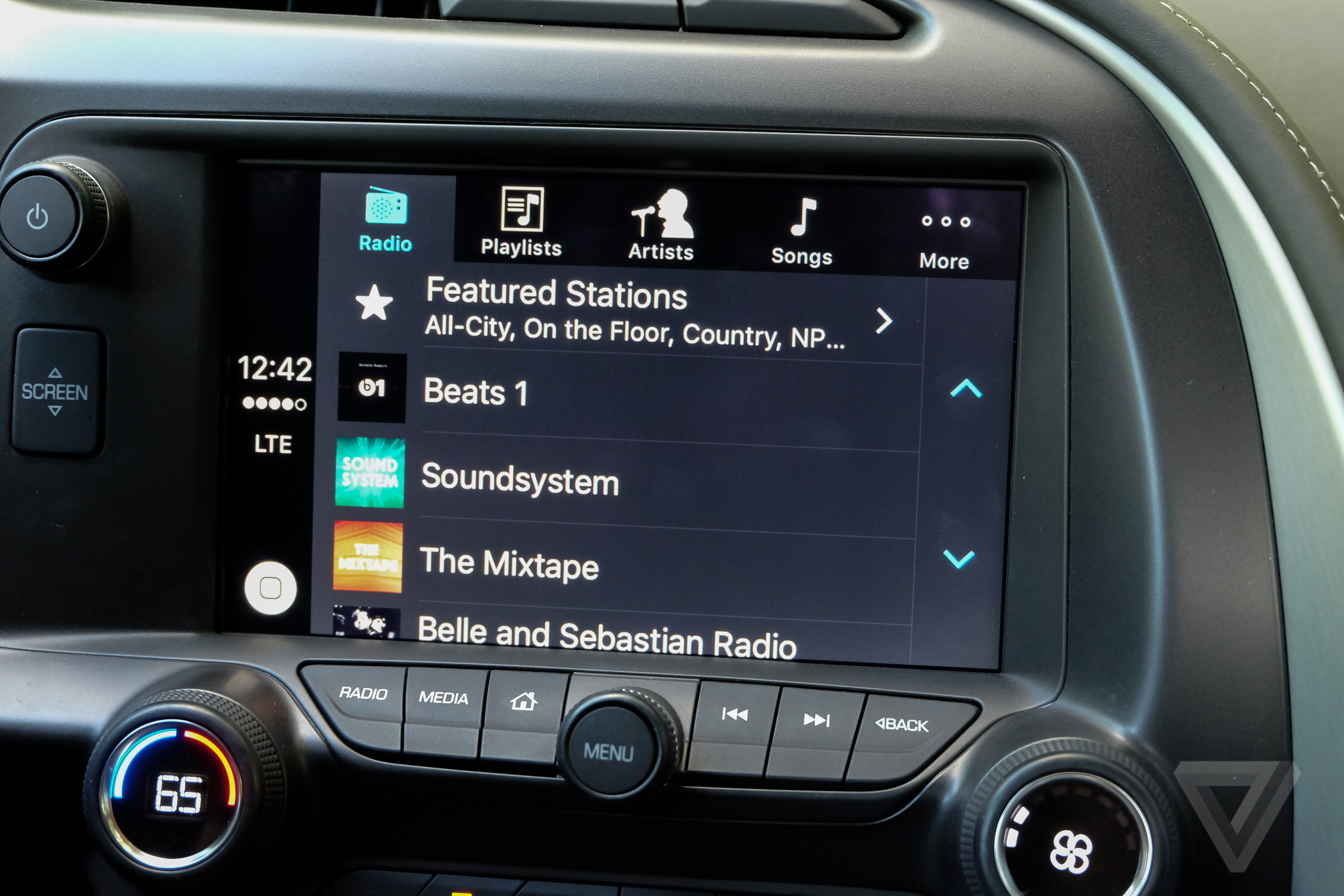 There are other annoyances with CarPlay, such as the grid of icons interface that makes you jump in and out of apps a lot more than you probably should when driving. Google’s tabbed interface in Android Auto is not only easier to use, it’s quicker to navigate. CarPlay also limits how much you can scroll within apps when you’re moving, making it hard to find the right playlist in Spotify once you’re already on your way. And I would love for the ability to use third-party messaging apps, but that’s something I can live without.

CarPlay is miles better than your car's interface

But for all of the complaints, CarPlay is still miles better than the interface on many cars, including the one on this otherwise very cool Corvette Stingray. It provides a simpler and safer way to access the services you want from your phone while driving, and you don’t have to learn a completely new interface just to do that. Chevrolet is one of the first carmakers to enable CarPlay across its lineup, with many more makers jumping on board in the coming months. Will the terrible first-party infotainment system ever truly go away? Will we ever get everyone to stop using their phones while driving? Probably not, unfortunately — but CarPlay should get us a good bit closer.