Bluetooth for your music and wireless charging for the battery

Trying on Parrot’s new Zik 3 headphones is like being swaddled in expensive upholstery. The wireless headphones’ plush exterior feels soft in your hand and fits snugly over your ears. Then Parrot’s new automatic noise canceling software kicks in and the outside world is muted before you start listening to whatever music you prefer. But in the same way that a treacherously squashy sofa can trap the unwary, the Zik 3 can be difficult to get full control over. Can too much comfort be a bad thing?

Like previous Zik headphones, the Zik 3s have a capacitive panel on the right earpiece that allows you to control your music by swiping backwards and forward to skip tracks, up and down to change the volume, and tapping to play and pause. But these are gestures that work best with smooth glass, and controlling the Ziks can be frustrating. Compared to the Beats Solo, for example, which has tangible controls built into the earpiece, swiping feels a little sloppy. It's understandable that Parrot wouldn’t want to interrupt the clean, flowing Philippe Starck-design of the Zik 3s by incorporating buttons, but the company has sacrificed functionality for looks somewhat. 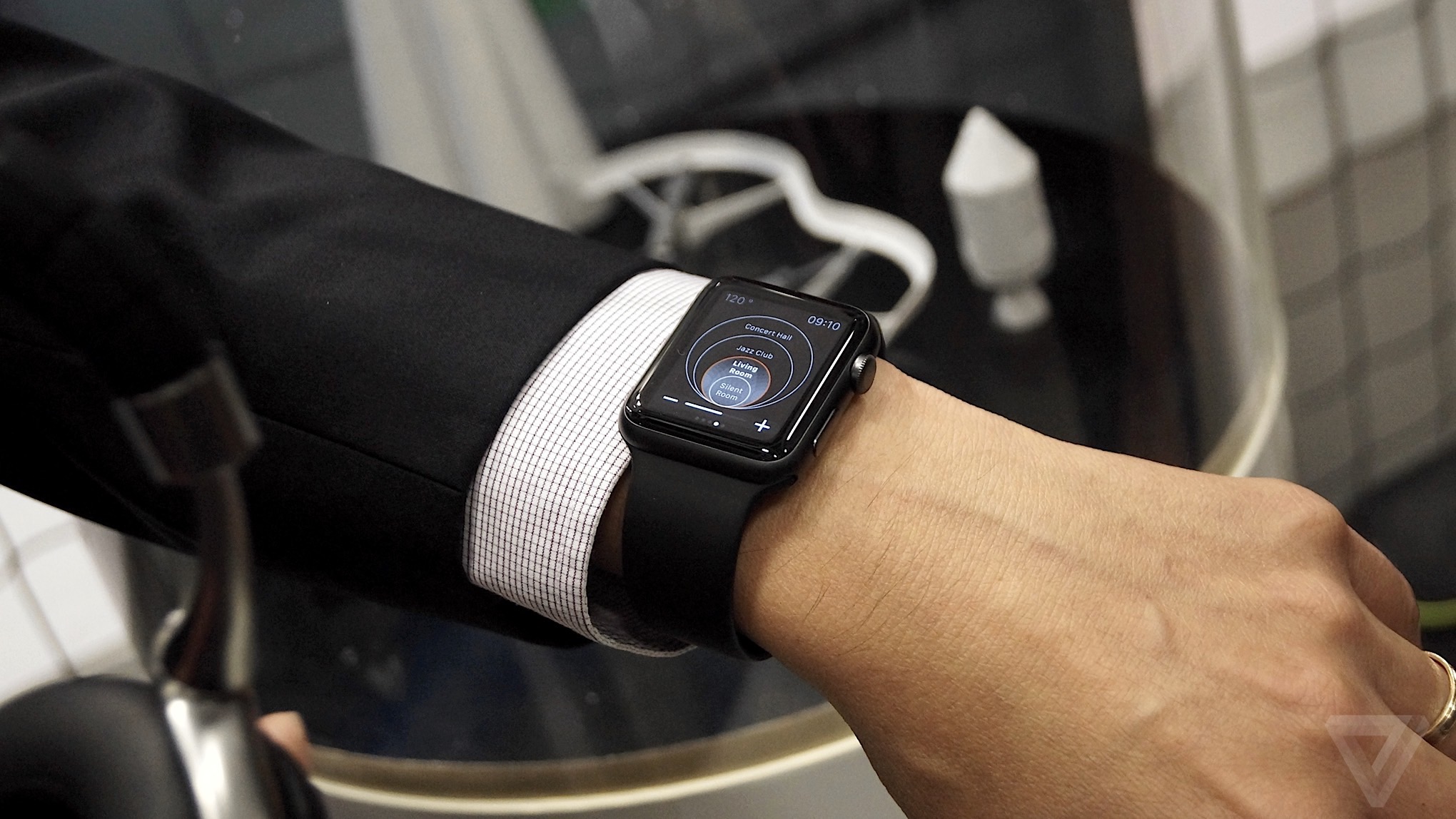 But, of course, the headphones do have other options for playback, including new apps for both the Apple Watch and Android Wear. Like Parrot’s smartphone and tablet apps, this software allows you impressive control over the audio you’re listening to. You can recreate various acoustics, from a concert hall to a jazz club, and precisely tune the audio with a five-band, full-parametric equalizer. Parrot provides a wealth of presets for this, but users can also set their own.

Up to 18 hours of battery life

The company boasts that the new Ziks are entirely wireless. Not only can you listen to music via Bluetooth connection (alternatively, you can use a headphone jack or USB port), but you can also charge them wirelessly too. The company’s new Qi wireless charger is a slim oval that you sit an earpiece on "like a pillow for your headphones." Parrot says that other Qi wireless chargers will work just as well, with the Zik 3s running for six to seven hours on full whack, or up to 18 hours if you’re listening to music quietly or just using the noise cancellation feature. However, the Zik 3’s 830 mAh battery is also removable, meaning users can carry spares. Testing out the full capacity of this battery life — as well as the extent of Parrot's 30 decibel noise-canceling tech — will have to wait for a full review.

It's clear, though, that Parrot is continuing to evolve the Zik range, which it says has sold more than 250,000 units in the last three years. The first Zik headphones (unveiled in 2012) were massive, arty cans, while their successors introduced the slimmed down style seen in the Zik 3s. Although Parrot's headphones may have a reputation as specialist hardware, this latest pair could break into the mainstream. Consumers have warmed to the idea of headphones as statement accessories in recent years, and Parrot’s design and build quality is outstanding. Of course, quality doesn’t come cheap, and although there’s no exact information on availability or pricing (the company is still deciding whether or not to bundle in the wireless charger), you shouldn't expect to pay less than €299 ($333) for the Zik 3s.