Toyota just launched an all-new Prius, and it looks weirder than ever

An odd monument to hybrid tech

The Prius has never looked like a "normal" car, really (with the exception of the first generation, perhaps) — but with the official unveiling this evening in Las Vegas of the all-new 2016 model, Toyota seems to be doubling down on the quirkiness.

Meet the fourth generation of the Prius, Toyota's weird, shoe-shaped showcase of efficiency that helped launch hybrid gasoline-electric drivetrains into the spotlight a decade and a half ago. But the company seems to be taking a distinctly different approach with this one: "It's not just about MPG anymore," the press release reads, noting an evolutionary ten percent expected boost in fuel economy is expected on the main non-plug-in models. (For comparison, the 2015 model gets 51 city, 48 highway.) Instead, Toyota is shifting the focus to design and technology, waxing poetic about the car's "athletic shape," better driving dynamics, and Toyota Safety Sense — a package that includes things like automatic pedestrian avoidance and full-speed dynamic cruise (meaning the car will manage your speed for you, going all the way to a full stop in a traffic jam). 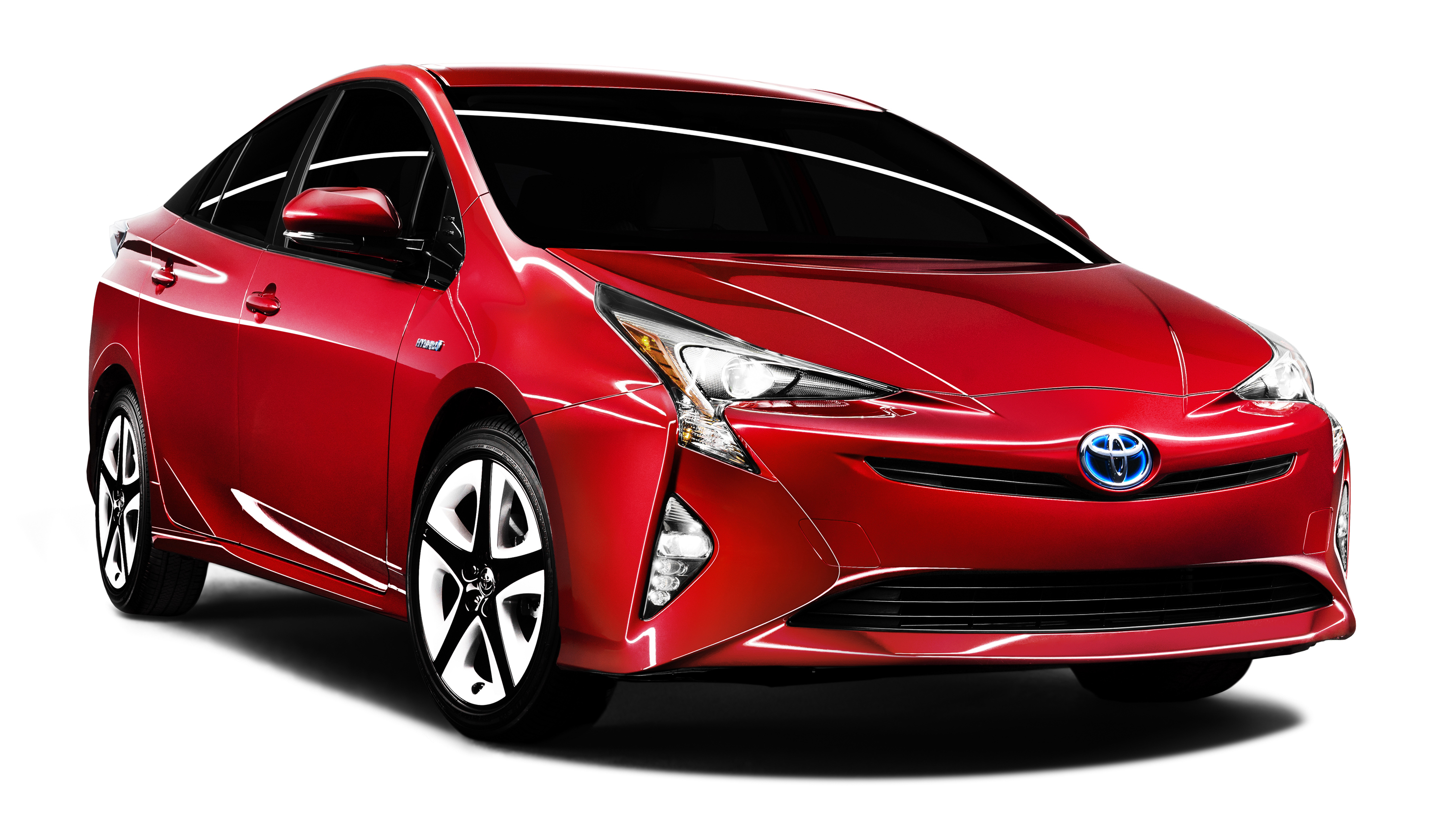 I'd take some issue with Toyota's use of "athletic" to describe this car's appearance. The basic shape is the same as the outgoing model, although the 2016 Prius is the first global production car to make use of Toyota's new shared platform — Toyota's New Global Architecture, or TNGA — and the company touts TNGA's lower center of gravity for better handling. I suppose there's a glancing blow at athleticism there.

You can definitely see shades of the hydrogen-powered Mirai in this car's aggressive angles, which isn't necessarily a good thing — no one would accuse the Mirai of being a pretty car. And interestingly, the Mirai has taken Prius' spot as Toyota's most forward-looking eco-friendly hero vehicle, which could theoretically give the Prius room to lay off the bizarre design and blend into traffic a little better. No dice, though: if you buy this car, you're going to stand out, unless you're rolling through a neighborhood that's full of them. (Given the Prius' popularity, that's not out of the question.) 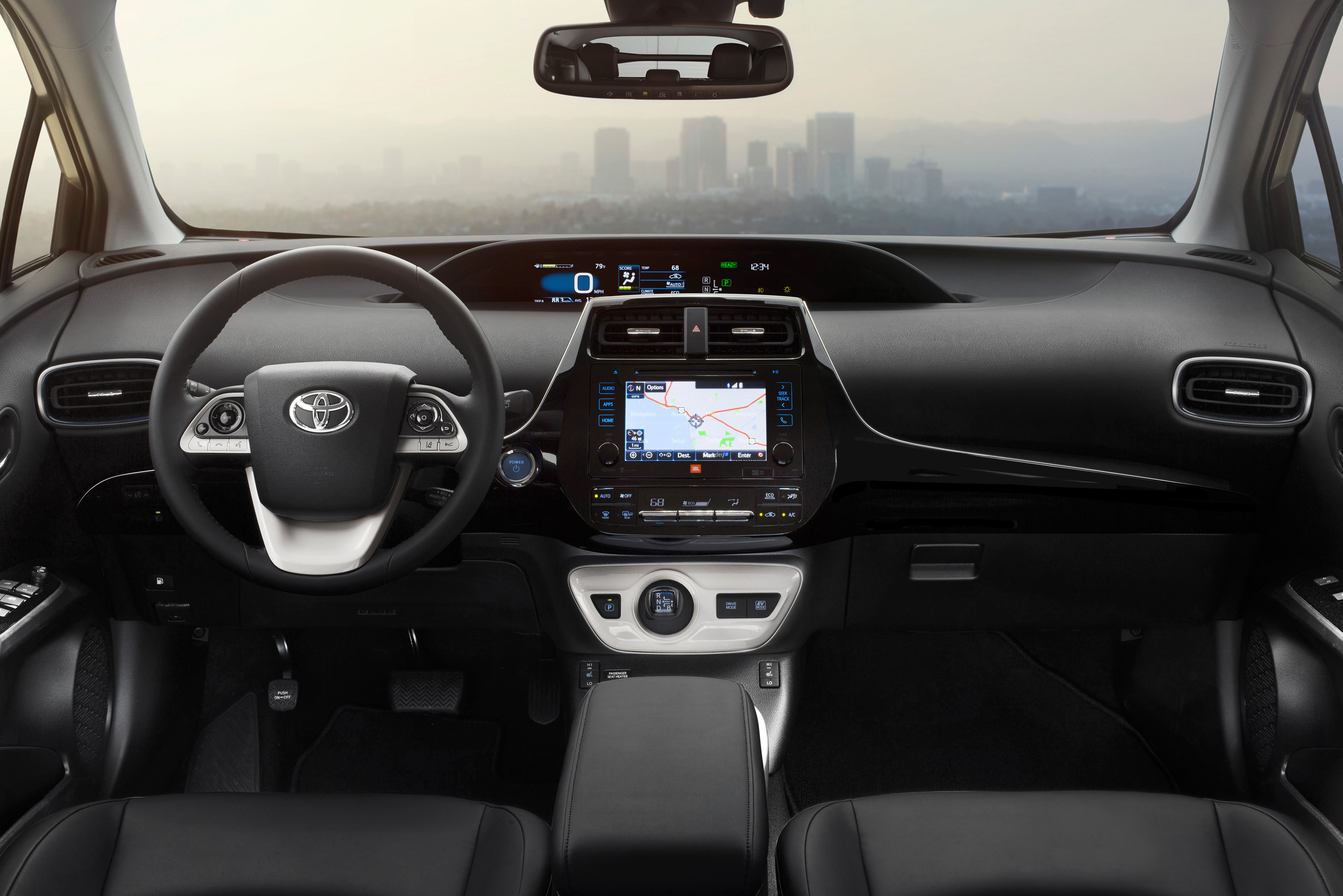 Historically, much of the Prius' mystique has come from Hollywood: it became a celebrity darling over the last decade, attracting high-profile owners from Miley Cyrus to Leo DiCaprio. But a lot of that sparkle has moved over to gasoline-free vehicles — see Oprah's love for the Tesla Model S, for instance — which means the humble Prius, the car that made saving gas the vogue thing to do in the first place, is going to need to lean a little harder on its own appeal to push cars off dealer lots. It's possible that a promised forthcoming "Eco" model will let the Prius go toe-to-toe with modern EVs, but a lot of that pressure is going to fall on the Mirai, particularly in California where hydrogen infrastructure is getting the strongest push.

Either way, a new Prius is sure to cost a lot less than a Tesla (or even the Mirai) — it's just going to take a little while to get used to that face.

Look for it on sale "early next year," Toyota says.