Preorders starting this Saturday, and launching on September 25th

There's a new iPhone, and so of course there must be a new iPhone Plus as well. After running through some stats illustrating the iPhone's remarkable growth in China, Tim Cook introduced this year's generation, called the iPhone 6S. "The only thing that's changed is everything," says Cook. "These are the most advanced smartphones in the world."

The iPhone 6S Plus retains its 5.5-inch Retina display, but this time it's covered by a new, even tougher glass, which Apple describes as the strongest in the industry. It will also feature 3D Touch, implementing a version of the Force Touch functionality that was first introduced with the Apple Watch and MacBook touchpads earlier this year.

Read next: The iPhone 6S review.

You can use 3D Touch to get a "peek" at content in apps like email and then, if you keep holding, enter the particular message. 3D Touch allows you to press down on the iPhone's screen to pull up new menus, activate shortcuts, and generally interact with the device in new ways. This has been woven in throughout the iOS interface and default apps to give extra contextual functionality tied to pressure detection. Apple's Taptic Engine is also built into the phone to provide feedback. 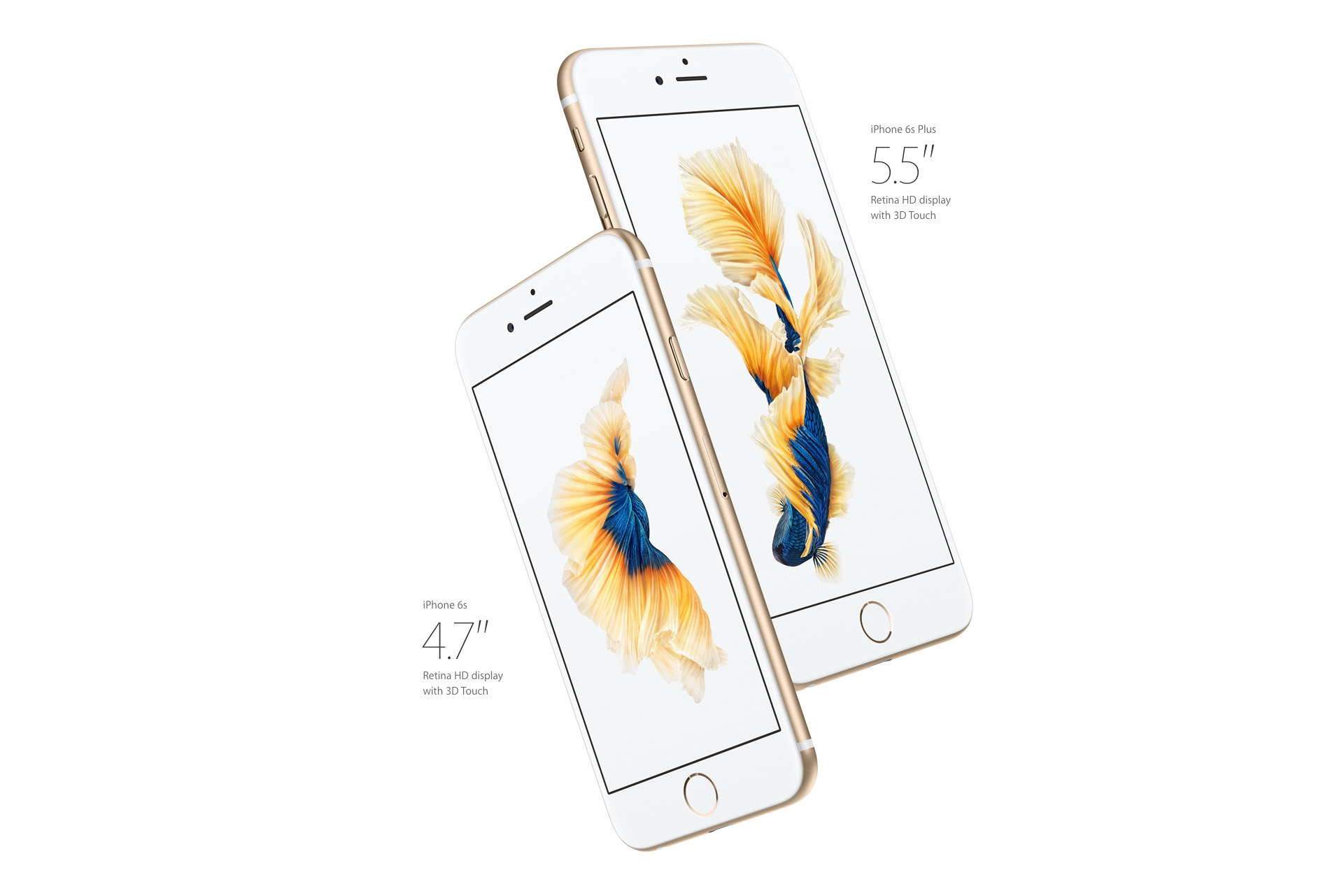 The new iPhone 6S Plus will come with a new processor, the A9, which promises to be 70 percent faster than Apple's current A8, with up to 90 percent better graphics performance. The M9 co-processor is, for the first time, embedded directly into the main A9 chip. On the outside, the 6S Plus will be available in a new rose gold color, which will be made out of a new aluminum that Apple says is its own custom alloy.

Both new iPhone 6S models will come with an all-new 12-megapixel iSight camera. "We were not going to add pixels until we were sure we would do so without trading off the legendary quality of the iSight camera," says Phil Schiller. After showing off a series of images testifying to his claim that the iPhone's image quality remains excellent, Schiller also announced that the iPhone 6S and 6S Plus will be able to shoot and edit 4K video.

Integrating its two big tentpole announcements today, Apple has also developed something called Live Photos. When you use 3D Touch to press on a photo, it will animate into a brief video with sound. The trick is done by capturing the 1.5 seconds just before and immediately after the shutter is triggered for the photo. It's not technically a video, as it's still capturing 12-megapixel shots on either side, at full quality. These Live Photos will be accessible across Apple's product range, including OS X El Capitan Macs, iOS devices, and even the Apple Watch. Live Photos are the default mode for all photos taken with the new iPhones.

The iPhone 6S Plus with 16GB will start at $299 on a two-year contract. That's $100 more than the 4.7-inch iPhone 6S, and the same price differential continues as you upgrade your choice of storage: the iPhone 6S Plus with 64GB will cost $399 and the one with 128GB will be $499. The iPhone 6 and 6 Plus models all get a $100 price cut and will continue to be available. Preorders for the iPhone 6S and 6S Plus start this Saturday, September 12th, and general availability will follow on September 25th.

See all of the Apple news right here!