Aside from the Chevy Bolt, CES 2016 won't be remembered for any monumental announcements or breakthrough technologies. It was an iterative event in every sense, but also a pretty crucial one for the home theater industry. Netflix made big news, and TV manufacturers are finally settling on exactly where they want to take 4K, UHD Blu-ray, and newer features like HDR. Most important of all, they're cooperating to ensure the next TV you buy will be relatively future proofed. We're already home from Vegas, but it's worth looking back to highlight the biggest home theater takeaways from this year's show. 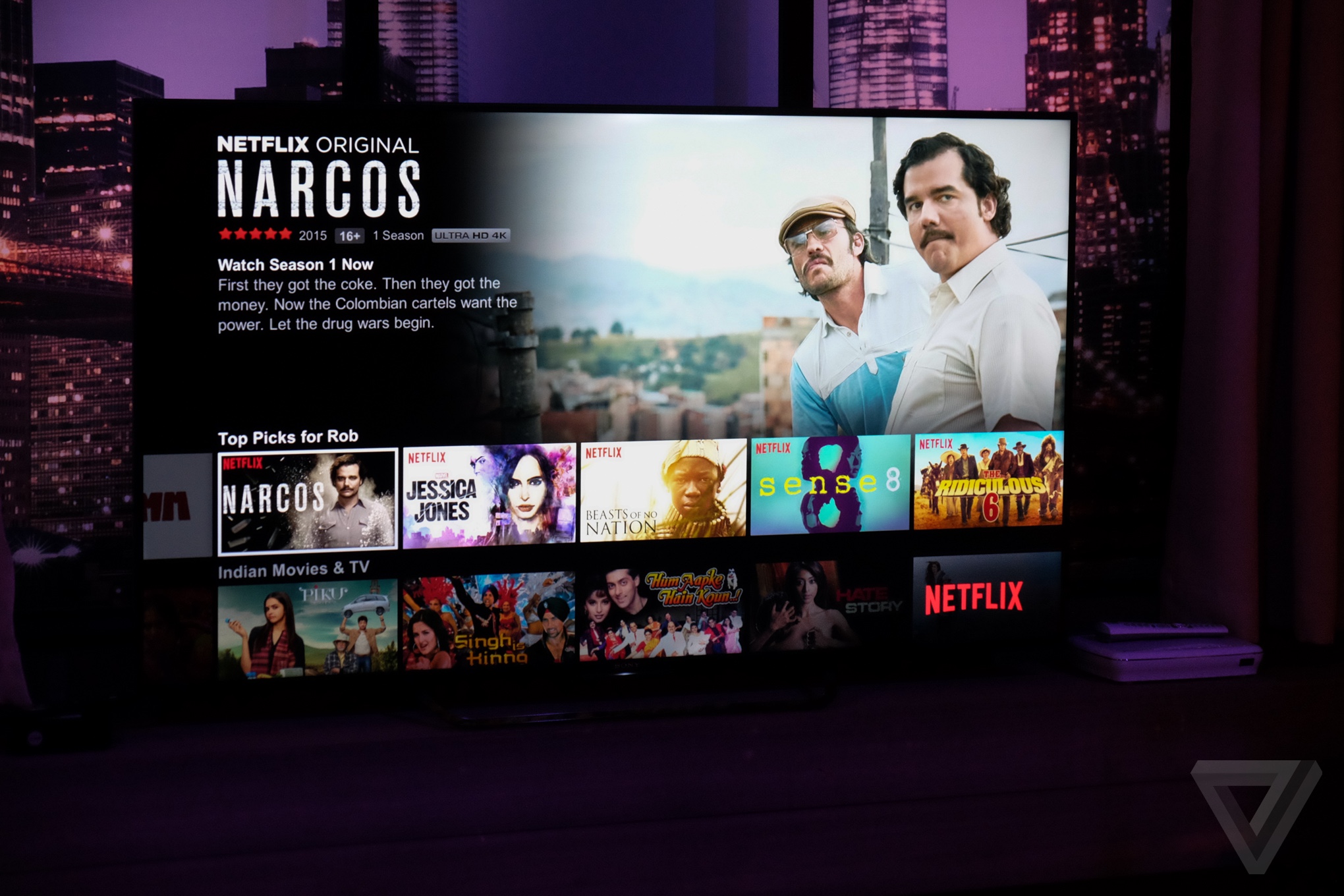 At the close of his keynote speech, Netflix CEO Reed Hastings began rattling off a massive list of new countries where Netflix had just launched while he was talking. The move was met with a huge cheer from the crowd (and Wall Street). There are 130 new markets in all, and the streaming company has nearly completed its global expansion, with China as the big remaining exception. Nonetheless, it kicks off a new era for Netflix as the company looks to make original shows like Narcos and Jessica Jones available throughout the world — even if some countries will see censored or otherwise edited content. 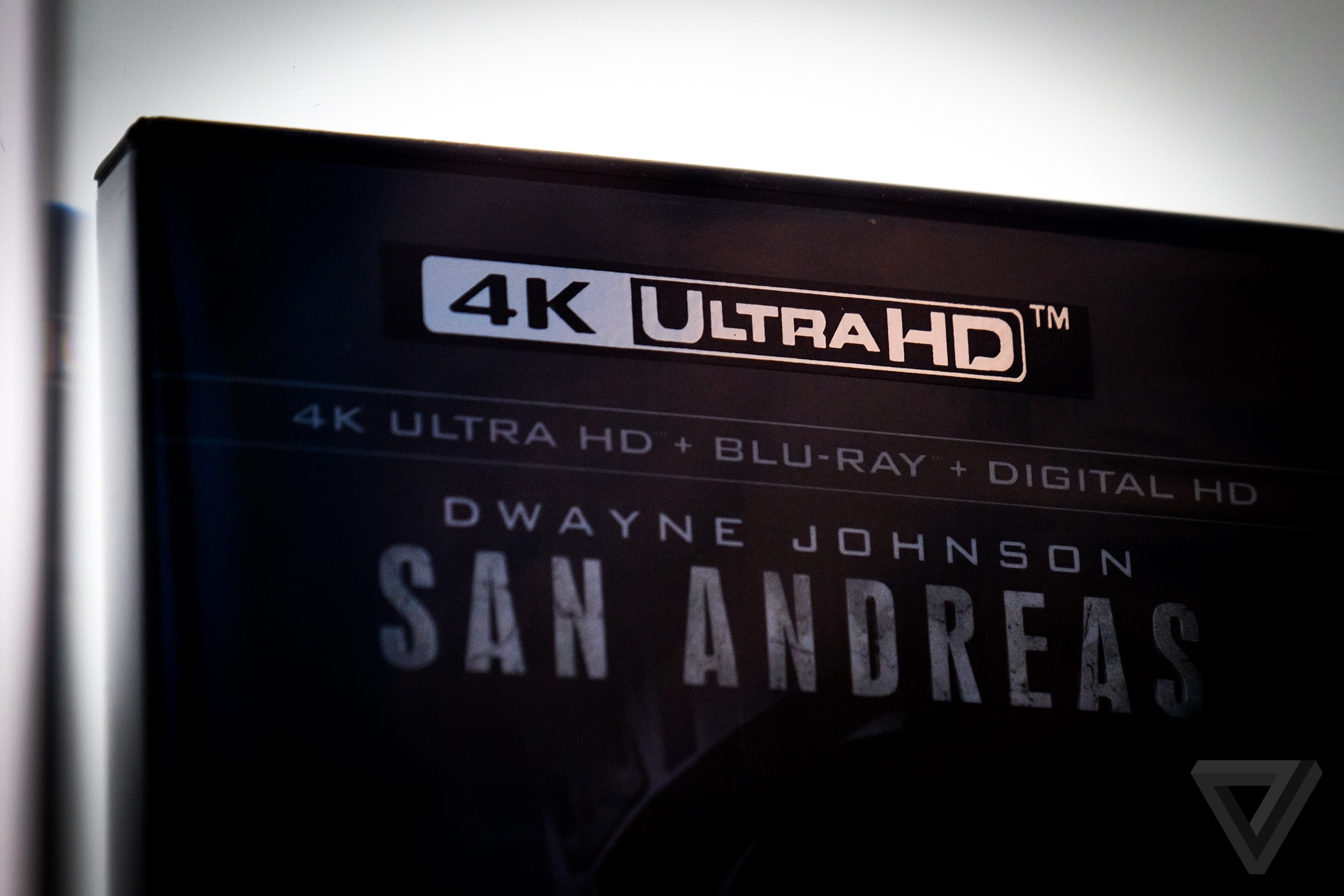 4K Blu-ray isn't altogether new; we've known about the industry's plans to put UHD movies on disc for awhile now. But this year's CES was pretty much the format's official launch party. Players are already up for preorder and shipping within a couple months. Samsung's is $400, if you're wondering how much they'll typically cost.

Most of the major studios are lining up to rerelease all the movies you've already bought in hopes that consumers will double dip for the upgrade in resolution and visual fidelity. Get ready to see a ton of "4K Ultra HD + Blu-ray + Digital HD" discs on store shelves in 2016. They're coming, and many of them will also carry an "Includes HDR" sticker to highlight the brighter, bolder picture quality available to those with HDR-capable TV sets. And that brings us to... 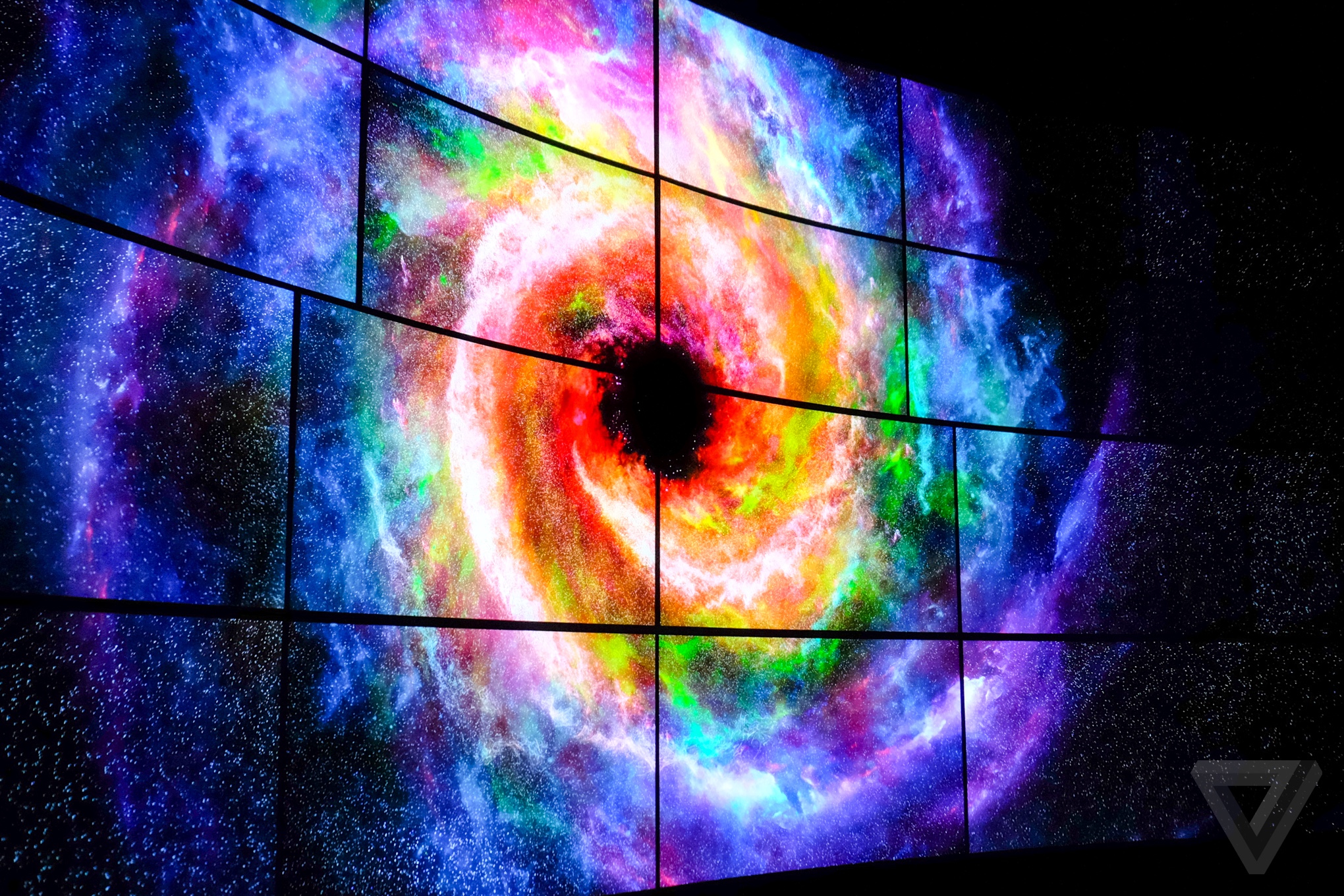 HDR debuted at last year's show on the highest-end Sony and Samsung TVs that money could buy. Fast forward to CES 2016, and TVs that support high dynamic range were everywhere — and seemingly coming from every brand. LG, Sharp / Hisense, and TCL showed off the brighter, more immersive viewing experience that HDR allows for. It's something that's immediately noticeable when you see it in person, which probably has these companies (and Best Buy) very excited.

The content side is also moving along quicker than you'd expect; Amazon, Netflix, YouTube, and Walmart's Vudu have committed to streaming videos in HDR. And many titles from the first run of 4K Blu-rays will support it. Over the coming year, you can expect to see many of the biggest films offer HDR as they make the move from theaters to your living room. One less reason to bother going to the movies at all. 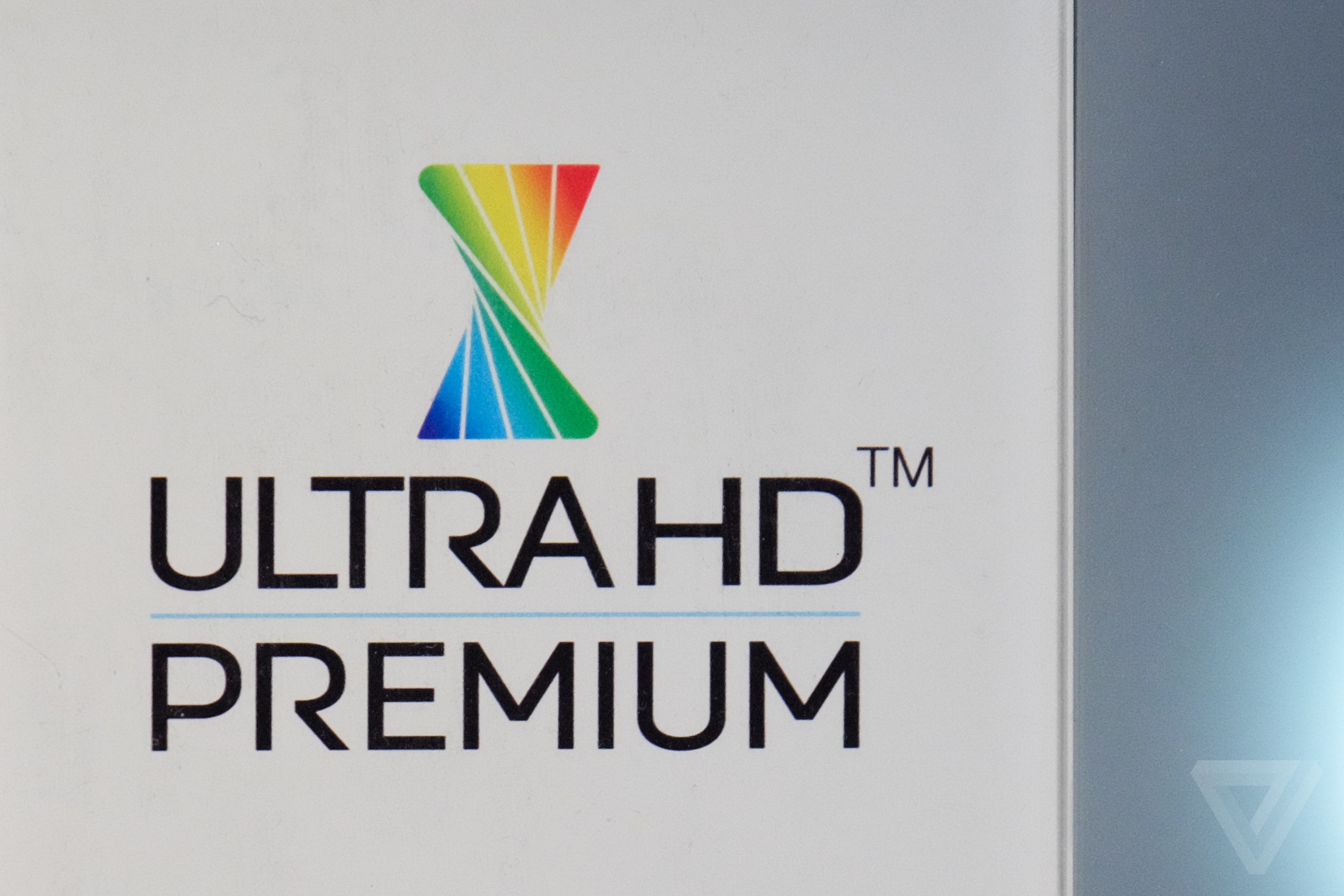 A new badge for quality

Buying a 4K TV can prove incredibly confusing. Does it support all the latest standards? Does it stream Netflix in 4K? What about HDR movies? To get rid that uncertainty, the UHD Alliance — a coalition of all the biggest TV and home theater heavyweights — came up with the "Ultra HD Premium" badge.

Any TV that carries this symbol must meet the consortium's guidelines for picture quality (color, resolution, HDR, peak luminance, black levels, wide color gamut), and support 4K content from popular services like Netflix and Amazon. Manufacturers get some wiggle room, but Ultra HD Premium should remove all the guesswork when you're shopping for the right TV, leaving you to worry about finding the perfect size — and price. 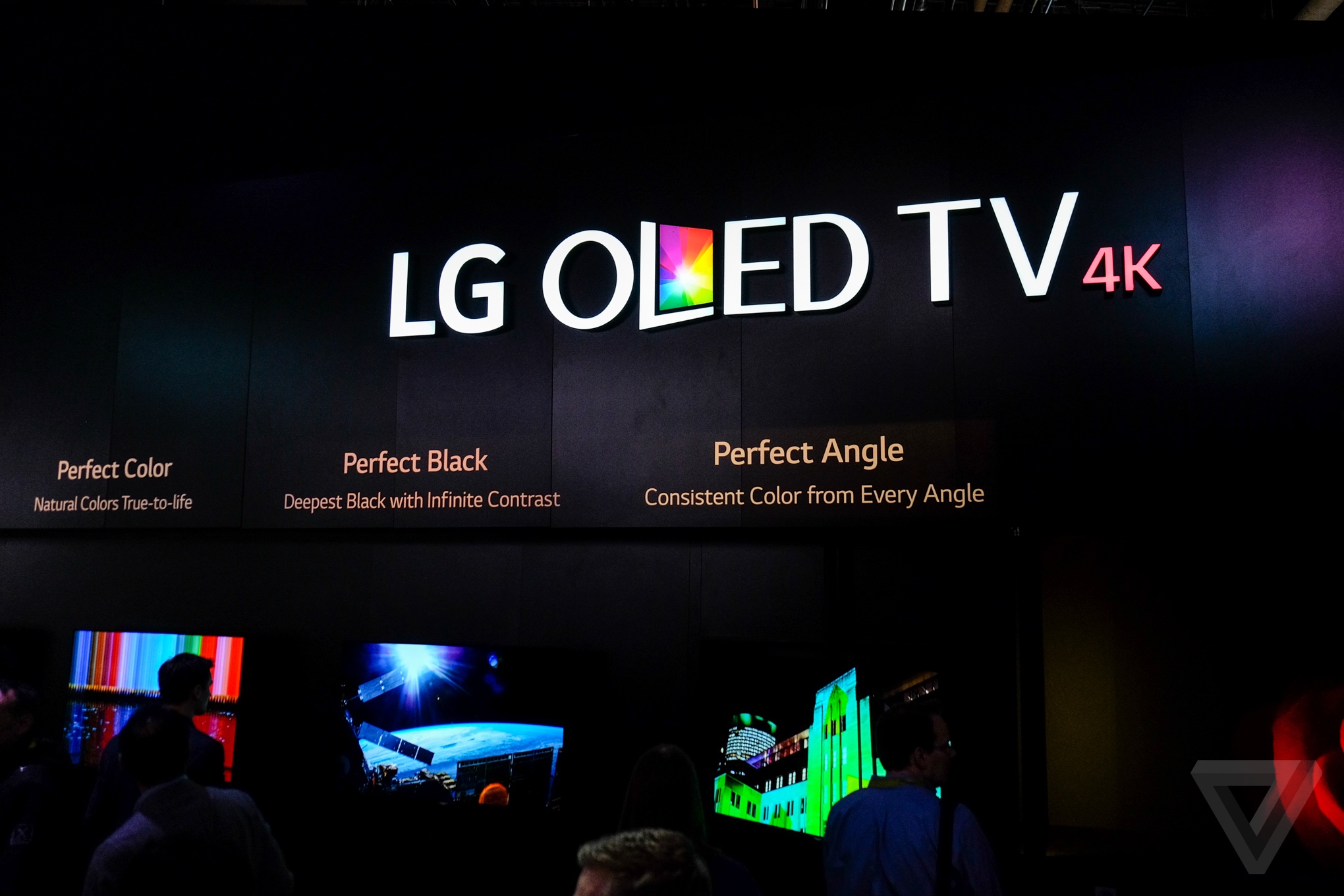 OLED takes its place at the top

If there were any lingering doubts about OLED being the true successor to plasma, CES 2016 shattered them. Across the show floor, new OLED TV models from LG and Panasonic managed to outshine all the competition. In terms of black levels, you just can't beat technology that can actually turn pixels off during dark scenes, and light them back up an instant later with eye-popping, vivid color.

That's not to take away from the fantastic sets that Sony, Samsung, Sharp, and the rest showed off at CES. Many of them look phenomenal — as do Vizio's recent sets. These are TVs we'd all love to have. But if you want the absolute best picture and are willing to spend many thousands of dollars to get it, OLED stands alone as the top pick, and we don't see that changing anytime soon.