Much to the disappointment of space nerds everywhere, man has not stepped foot on the Moon in more than 40 years. Governments have sent expensive robots and satellites to our nearest celestial neighbor, but the Moon remains woefully under-explored.

That's why Google and the X Prize foundation teamed up to offer $30 million to the first private enterprise that can soft-land a robot on the surface of the Moon and have it traverse 500 meters of the lunar surface.

A number of teams are competing, but only one, the Part Time Scientists team from Germany, has the backing of automotive giant Audi — and a working prototype of the team's moon rover is debuting at Audi's booth at the Detroit Auto Show. I got an exclusive sneak peek and trust me: it's out of this world. 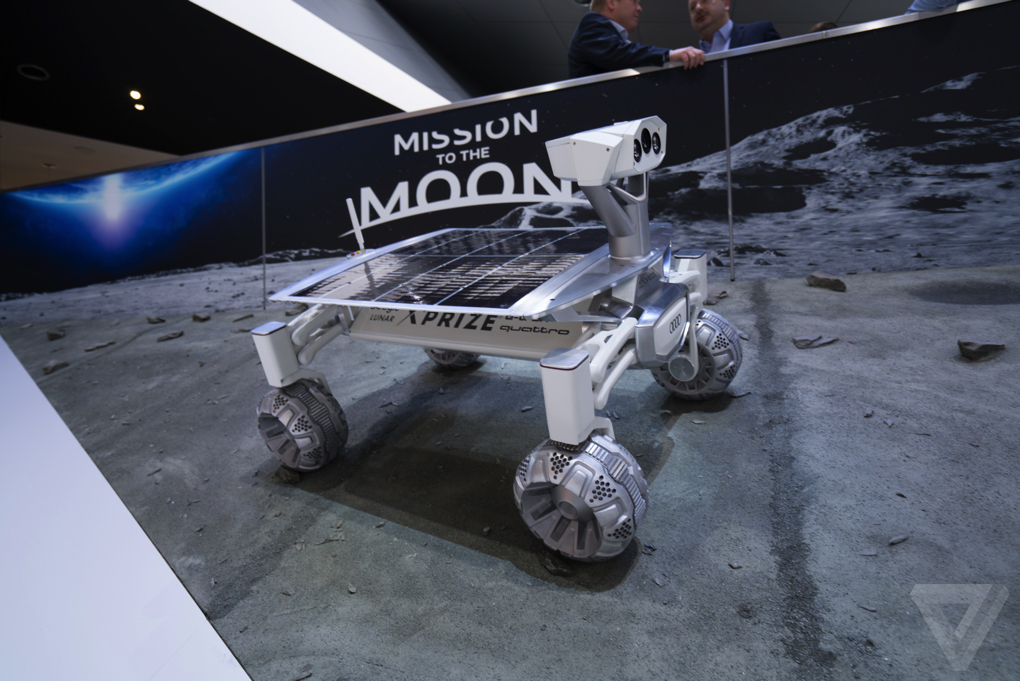 The Moon has fascinated man for millennia. Its eclipses have terrified unknowing tribes, while its gravitational pull creates the tides. And yet, for all that we know, there is so much more that we have yet to discover.

It's that sense of scientific wonder — exploration for the sake of exploration — that the PT Scientists team wants to pursue. It also drove the team to choose the landing site of the Apollo 17 mission, the only Apollo landing mission with a scientist aboard, for its X Prize quest.

And Audi is giving them prime time space, including a spot in the Audi booth at the Detroit Auto Show. The Audi Lunar Quattro is a functional prototype, able to drive around on the show floor. It's rather cute, in a Wall-E sort of way, and it makes you want to root for this small team from Germany. Even with the backing of Audi, it's a tall order to get to the Moon. Space, as they say, is hard.

THIS IS THE DROID AUDI WAS LOOKING FOR

But to help them get there, Audi has helped perfect the 3D printing process to create nearly the entire rover out of aluminum and titanium. It uses special channels to route wiring inside hollow structural components, something that couldn't be done with a CNC process. "It's not possible from the axis of freedom," says Robert Böhme, CEO of PT Scientists. "The parts are like 1 millimeter thick."

3D printing isn't just going to contribute to the building of the rover. The team wants to create a 3D printer that can use lunar soil already chock full of aluminum, titanium, and magnesium to eventually create parts for other devices on the Moon. The theory is that it's a lot easier to build something new on the Moon than it is to ship it there. 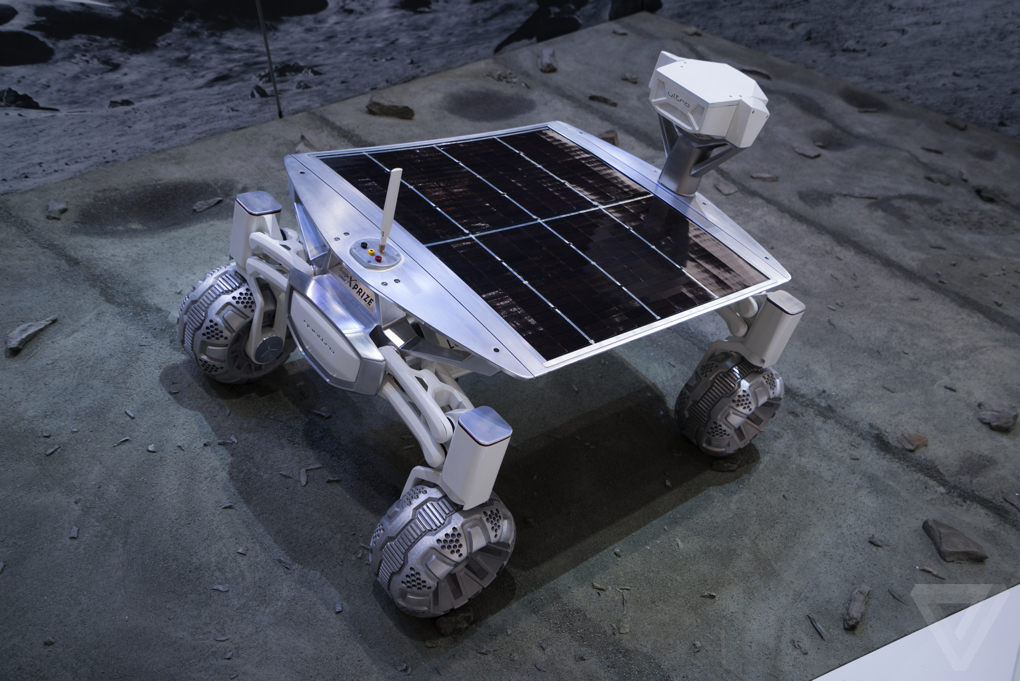 Another idea is to literally melt the lunar surface to create a kind of "autobahn" for lunar robots, allowing them to move around predetermined routes at higher speeds than would be normally available in the ultra-fine lunar surface. These are for future missions, but it shows how far the PT Scientists team is thinking.

And Audi too. This is one area where Böhme is especially excited. "Can you name any other case where such a large [non-aerospace] company decided to say 'we want to get involved in private space'?" The hope is to get other large companies without traditional aerospace ambitions involved, especially where their expertise could be useful. "If you bring the right technology back to the Moon, you can pave the way for more exploration," says Böhme. "And not just exploration, but also to find a commercial benefit for future missions. It's really hard to justify a lunar mission now, even if you get it down to $30 million."

It's important to show what can be done

"That's why we want to focus so much on science, we want to show that there is the value. There is value that you can take away from being on the surface of the Moon. It's important to show what could be done."

The ultimate objective is to travel to the Lunar Roving Vehicle (LRV) left behind by Apollo 17 some 43 years ago. NASA asks any visitors to the Moon not to land too close to the sensitive (and historic) moon landing sites, but the PT Scientists rover could land nearby and travel to the LRV. The idea is to see just how well it's held up being exposed to the lunar elements for all these years. The temperature on that part of the Moon can swing hundreds of degrees centigrade between the night and day cycles, and that can do a number on the aluminum, titanium, and plastic components of the LRV.

"You can get a great deal of knowledge from materials science to learn what works and what doesn't," says Böhme. "Long-term exposure, what materials can you use?" 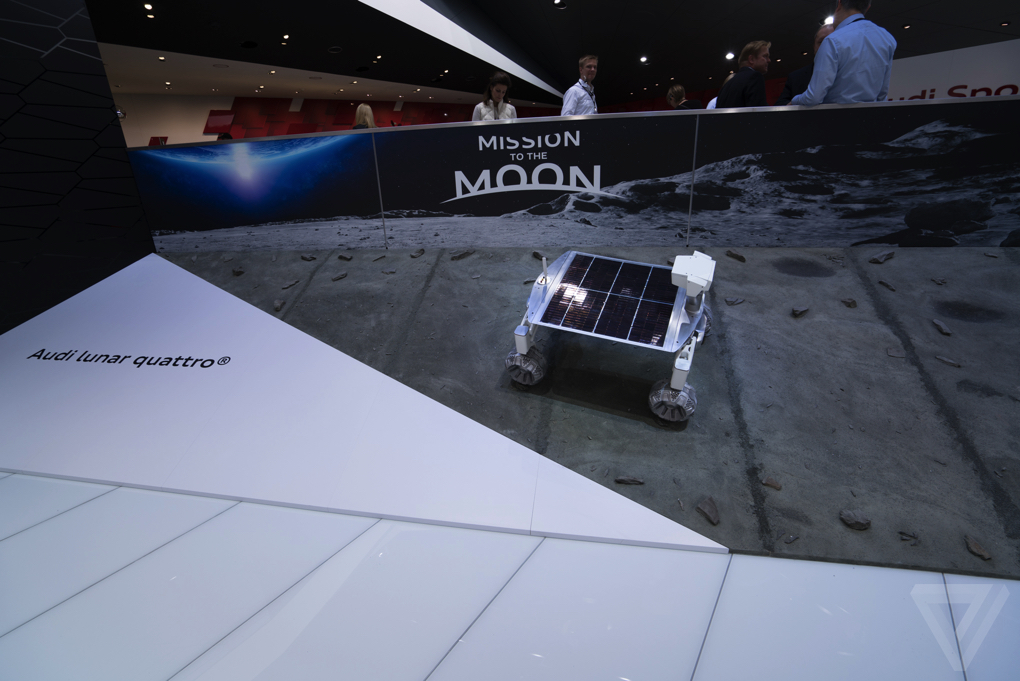 Böhme says his team didn't even set out to win the X Prize. That's just a nice bonus. The goal is to reach the LRV, which would require a journey of 2.3 kilometers from the planned landing site, almost five times the distance required to win the $30 million bounty.

And that's the main reason why PT Scientists needed sponsorship from Audi. The $30 million launch budget is a rounding error for Audi's R&D department (even with the diesel scandal hanging around). The team has already won a few milestone awards from the X Prize organization.

"I want to have a benefit for everybody."

"What's really important for me is to not just do it because of the X Prize. I want to have a benefit for everybody," says Böhme. Landing and driving 500 meters "does not give mankind any value." Instead, he wants to explore the LRV and learn how to "live off the land" and create parts for future missions on the Moon. If we can learn how to 3D print items on the Moon, using lunar soil, it could open up an entire new world for exploration. That could allow future missions to simply include replication units to print whatever you need.

The goal is to launch a pair of rovers to the Moon by the third quarter of 2017, some 18 months from now. And, of course, to win the X Prize.

Still, Böhme gives credit to NASA's Apollo program for showing everyone that it could be done: "Without Apollo, all of this wouldn't be possible."