It’s four years since Fujifilm kicked off its X-Series range of mirrorless cameras at CES 2012 with the X-Pro1, and it’s hard to believe that we haven’t seen a new version of that camera since. Although Fujifilm has provided multiple firmware updates, and the camera has attained as close to classic status as any digital body can do these days, it’s very long in the tooth at this point. But the wait is over: today Fujifilm is announcing the X-Pro2, which goes straight to the top of the X-Series line.

The DSLR-style X-T1 is what got a lot of people to notice Fujifilm’s cameras, but the X-Pro2 returns to the series’ rangefinder-influenced roots. It features an updated hybrid optical and electronic viewfinder, as seen on its predecessor and the X100 range; like the X100T, you can overlay a little live view screen at the bottom corner of the optical view to confirm focus and exposure, and this time you can see the whole frame as well as just a zoomed-in portion. Correcting a strange omission from the X-Pro1, the X-Pro2 has a diopter adjustment dial to help bring the viewfinder into clear focus. 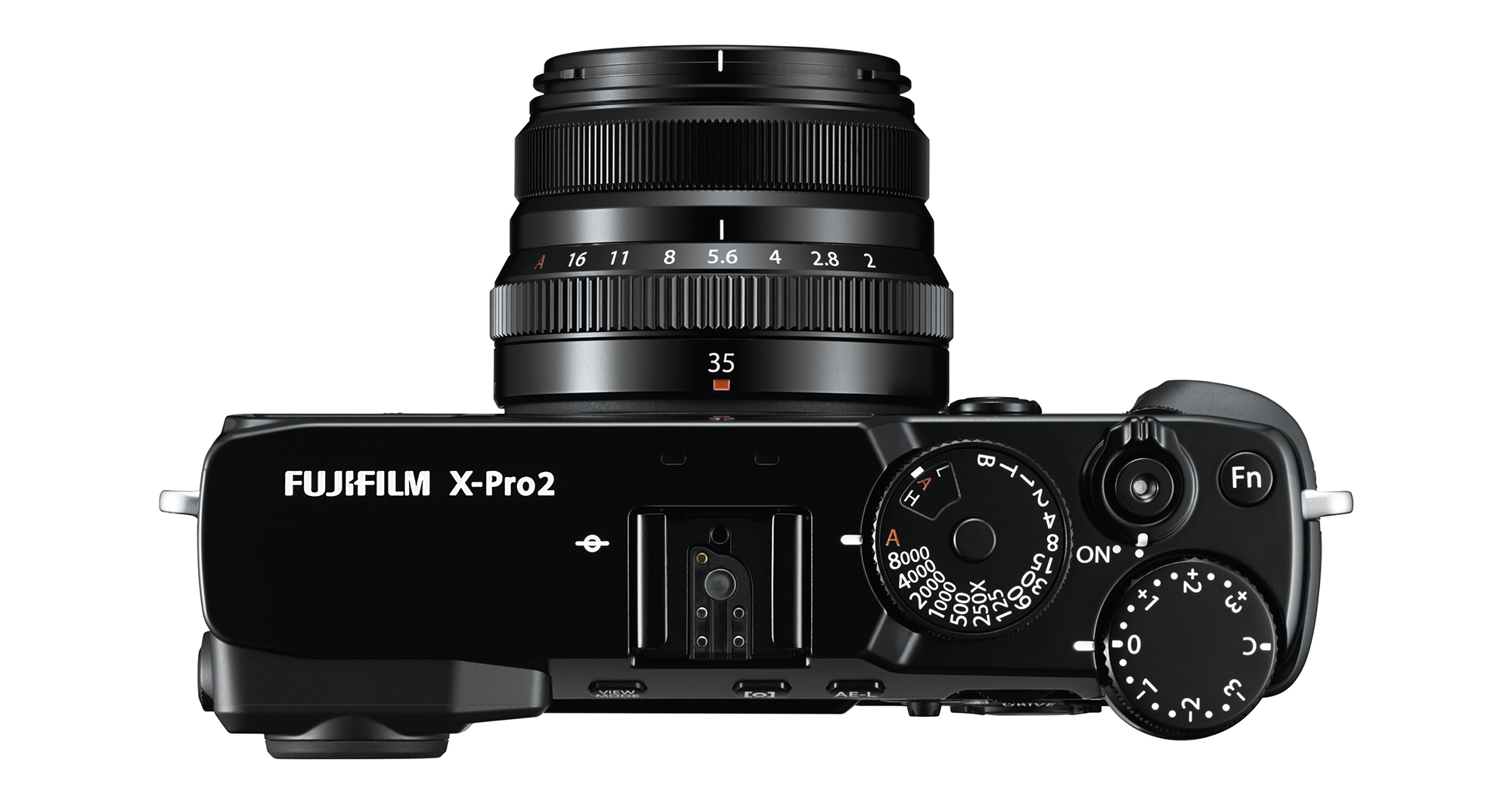 The X-Pro2 is the first X-Series camera to move beyond 16 megapixels, with the first new X-Trans sensor since the X-Trans CMOS II chip introduced on the X100S. The X-Trans CMOS III sensor used this time around is 24 megapixels and, together with the new X-Processor Pro, is capable of shooting with continuous phase-detection autofocus at up to eight frames per second. The new autofocus system has 273 points, 77 of which use phase detection and cover around 40 percent of the frame. The maximum mechanical shutter speed has been doubled to 1/8000 seconds, with an increased flash sync speed of up to 1/250 seconds.

Yeah, this is a premium camera

Externally, the X-Pro2 isn’t much different to its predecessor, though like the X-T1 it’s now dust- and splash-resistant. The biggest change is a little joystick that can be used to easily select focus points. The shutter speed dial now has an integrated ISO control that was a little fiddly in my very brief time with the camera at CES last week, but likely an improvement over the menu diving required by the previous camera; just being able to see the current ISO setting while the camera is switched off is a useful feature. The screen has gotten a resolution boost to 1.62 million dots, and the refreshed, customizable UI looks a lot more up-to-date than the functional X-Series menus seen so far. There are now dual memory card slots. And, as you’d expect, the X-Pro2 adds Wi-Fi connectivity.

Fujifilm will put the X-Pro2 body on sale for $1,699.95 next month, $400 more than the X-T1 came out at two years ago. So yeah, this is a premium camera. But next to the Leicas that Fujifilm has taken inspiration from? It's a lot more affordable, and in many ways more advanced. Fujifilm is confident in its image quality and lens selection — stay tuned to find out how well the X-Pro2 really performs. 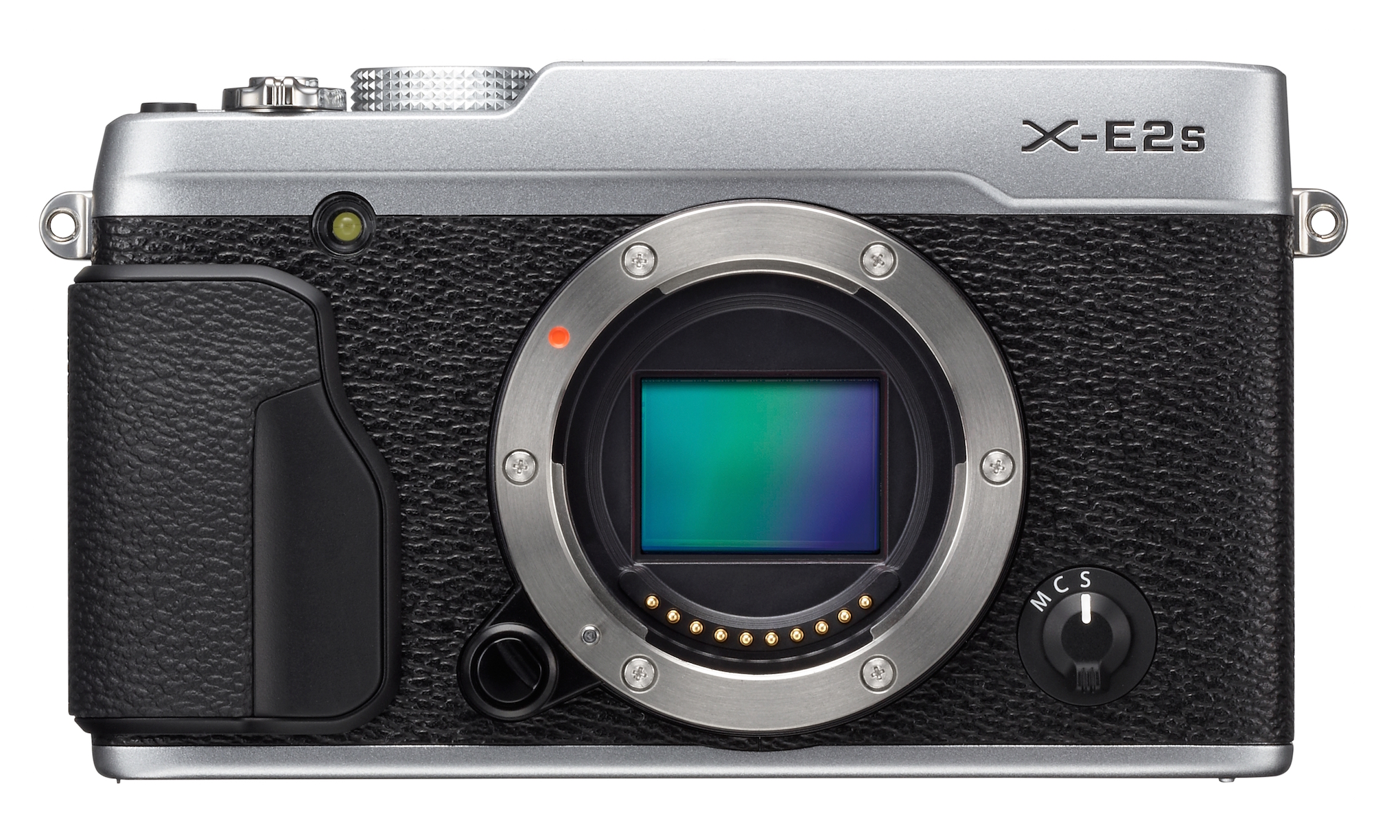 In other rangefinder-style Fujifilm mirrorless camera news, the company is also updating its mid-range X-E line today. The new X-E2S is a tiny upgrade to the X-E2 — so tiny, in fact, that X-E2 owners will see their cameras more or less turn into the new one by way of a new firmware upgrade. What the X-E2S does is re-assign a button to the new Auto toggle found on the X-T10; you’ll be able to do this on the non-S model, too, but it won’t be labeled properly. The X-E2S also improves the AF system and adds the Classic Chrome film simulation seen on the X100T. It’ll be out next month for $699.95 body-only.

Finally, Fujifilm is expanding its range of lenses with the longest X-mount lens yet. The XF 100-400mm f/4.5-5.6 is a weather-sealed super telephoto that extends to around 600mm in full-frame equivalence. This lens will be available for $1899.95 in February.