But some experts question the monkeys' usefulness

Scientists don’t know all the causes of autism, but they do know that certain genes and environmental factors can play a role in the broad spectrum of developmental disabilities that fall under the term. Gaining additional knowledge isn’t easy, however, because most of the nitty gritty brain research is done in rodents — animals that don’t mimic complex brain disorders well. Now, researchers in China say that they’ve managed to produce monkeys that display autism-like behaviors for the first time, according to a study published in Nature today. Their research, however, raises questions about scientists’ ability to create a non-human primate model of autism that’s actually valid.

Scientists introduced a human gene into the monkeys' DNA

To produce the monkeys, the scientists introduced a human gene called MeCP2 in the genome of macaques. The gene caused the monkeys to display behavioral symptoms akin to those seen in children with MeCP2 duplication syndrome — a rare disorder that causes autism-like behaviors. These symptoms include repetitive movements, anxiety, and decreased social interaction. In addition, the monkeys were able to pass the gene and their associated symptoms down to their offspring, which means these monkeys may give researchers a chance to study the genetics of autism spectrum disorders in a much more robust way than they’ve been able to in the past. Scientists might even be able to come up with treatments to reduce symptoms of autism in humans, the authors of the study say.

But other researchers have doubts about the effectiveness of using these primates to model human brain disorders. Unlike children who have the MeCP2 duplication syndrome, the monkeys in the experiment weren’t severely developmentally delayed; combined with the high cost of producing these animals, there are big enough problems to put the entire model into question. 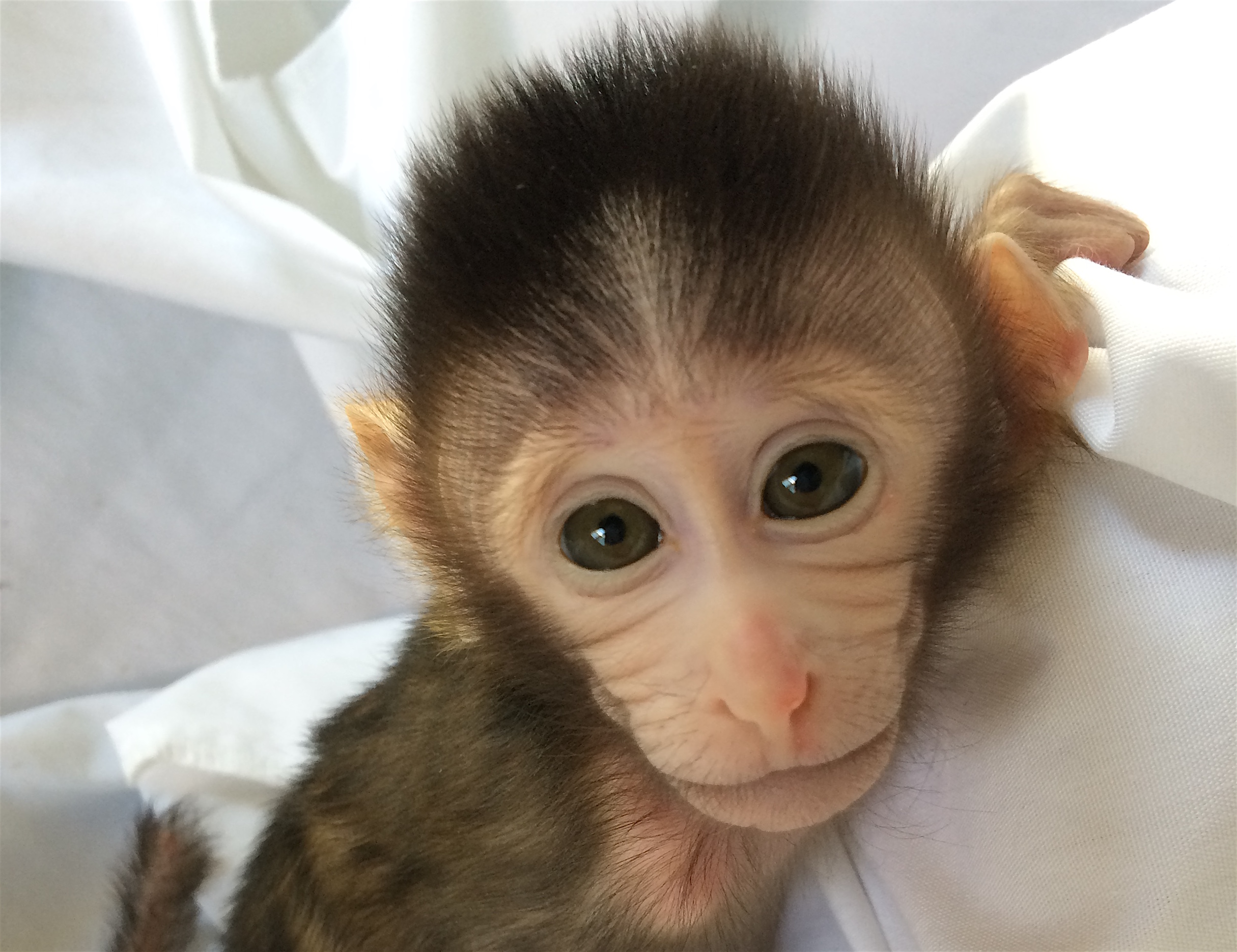 "I’m not so excited about this study."

"In all honesty, I’m not so excited about this study," says Hilde Van Esch, a geneticist at the University of Leuven in Belgium who studies MeCP2 duplication syndrome. Many children who have the duplication syndrome meet the formal criteria for an autism diagnosis, but they also tend to have symptoms that aren’t typical of autism, like "severe developmental delays, seizures, some [can’t] walk without aid," she says. The fact that these monkeys don’t have these problems is "surprising." And because the syndrome is rare in humans, it’s unclear how these monkeys might help autism research as a whole. "MeCP2 duplication syndrome is surely not ‘the’ prototype of autism," she says. "So the clinical utility of this model is, in my opinion, very low."

Huda Zoghbi, director of the Jan and Dan Duncan Neurological Research Institute at Texas Children’s Hospital, also thinks that the monkeys’ symptoms put the validity of the animal model into question. The monkeys failed to develop the cardinal features of the MeCP2 duplication syndrome, and only the male monkeys had social interaction deficits — a fact that the authors of the study don’t explain. That means that the monkeys "don’t reproduce the human duplication disorder," she says. Because of these uncertainties, using the monkeys to model autism doesn’t make sense, she says.

These monkeys "are the first primate models of autism."

The scientists who produced the monkeys are far more optimistic. These monkeys "are the first primate models of autism," says Zilong Qiu, a neuroscientist at the Chinese Academy of Sciences in Beijing and a co-author of the study. "I’m thrilled by the possibility that we may be able to reverse the genetic causes in the transgenic autism monkey model."

In humans, MeCP2 duplication syndrome occurs when humans have extra copies of the MeCP2 genes. To replicate this syndrome in macaques, scientists genetically modified monkey embryos by introducing the MeCP2 gene into the monkey’s DNA. Then, they implanted over 50 embryos into 18 surrogate monkeys. A total of nine female surrogates became pregnant, but only eight baby monkeys were born alive. These macaques displayed some of the symptoms typical of children with MeCP2 duplication syndrome, including anxiety, repetitive behaviors, what Qiu refers to as "defects in social interactions" with other monkeys. In addition, the researchers used sperm from the first generation of monkeys to create a second generation of transgenic monkeys who also displayed autism-like behaviors.

As a model for autism, the monkeys "aren’t perfect," but they could be better than mice designed to replicate the syndrome, says Alysson Muotri, a human brain development researcher at the University of California–San Diego. "At least the [monkeys] could mimic autism-like behaviors," he says. Still, it’s unclear if the monkeys "can actually generate novel insights into the human condition," Muotri says. The study published today doesn’t reveal anything new — and that’s a bit of a letdown, he says. "I would expect to learn some new biology here, but I have not."

"I would expect to learn some new biology here, but I have not."

Even if the researchers can improve their model, the high cost of producing the monkeys will pose an important barrier to further research. "Primate studies are extremely expensive — the animals live a long time and have long gestation periods compared to rodents," Zoghbi says. "I think we should always make sure that our effort produces results worth the investment." Van Esch agrees. "In my opinion, there are easier and cheaper ways to study neurodevelopmental disorders."

It’s also worth noting that DNA isn’t the only factor involved in autism spectrum disorders; environmental factors, like pesticides, have been linked to autism as well. So even though there’s a lot of value in studying how human genes lead to autism-like behaviors, DNA is just one piece of the puzzle.

The fact that monkeys are more closely related to humans shouldn’t be used to justify using an inadequate model, Zoghbi says. "Decades of research using mice that do not [mimic features of the syndrome as closely as possible] resulted in a lot of research that can’t be translated, so it is important that we hold same standards to non-human primate models." And that means stating the limitations of each new animal model clearly. "We have to be very careful when there is a lot of desperation from human patients for answers to their problem — whether that be autism or Alzheimer’s or cancer or any other dreaded disease."