For Sony’s update of the little played Gravity Rush, a four-year-old PlayStation Vita adventure in metaphysics coming to PlayStation 4, the company has pinned Remastered to the title’s tail end. Remaster, as marketing jargon, suits the glut of polished repackagings of hit franchises like Uncharted and Gears of War. Like Criterion Blu-rays, these releases are designed to inspire a second or third purchase from established fans, offering a refined version that serves more as a totem than a piece of entertainment. The descriptor doesn’t fit Gravity Rush, most of whose players will be experiencing it for the first time. Rebirth is more appropriate — a rare second shot at life.

As Kat, an amnesiac who comes in contact with a cat made of stardust and gains the ability to steer the direction of gravity, you save the world by falling up, down, and across the world, walking up clocktowers and slamming into enemies hanging from ceilings with the force of a bowling ball dropped from a cherry picker. The story of Kat and a floating city beleaguered by an interdimensional scourge of malicious goop is charming enough, but what has stuck with me — what I’m happy to visit again — are the many stand-alone scenes that reduce the plot to a young girl learning to live on her own. In comparison to the high-stakes adventures of the past couple years, Gravity Rush feels, oh gosh forgive this pun, grounded.

That Gravity Rush didn’t find its audience years ago wasn’t for a lack of trying on the part of its publisher. In 2012, Sony struggled to make a star of its heroine. Kat — a teenage girl with small features and long blond hair — was unlike the overtly sexualized female leads of her time. Her outfit, though small and skintight, was more leotard the negligee, and she was independent, strong, and curious. A year before Tomb Raider would reboot the image of Lara Croft from sex object to human being, and two years before the toxic Gamergate movement would harass critics and enthusiasts who called for diverse representation across the medium, there was Kat. 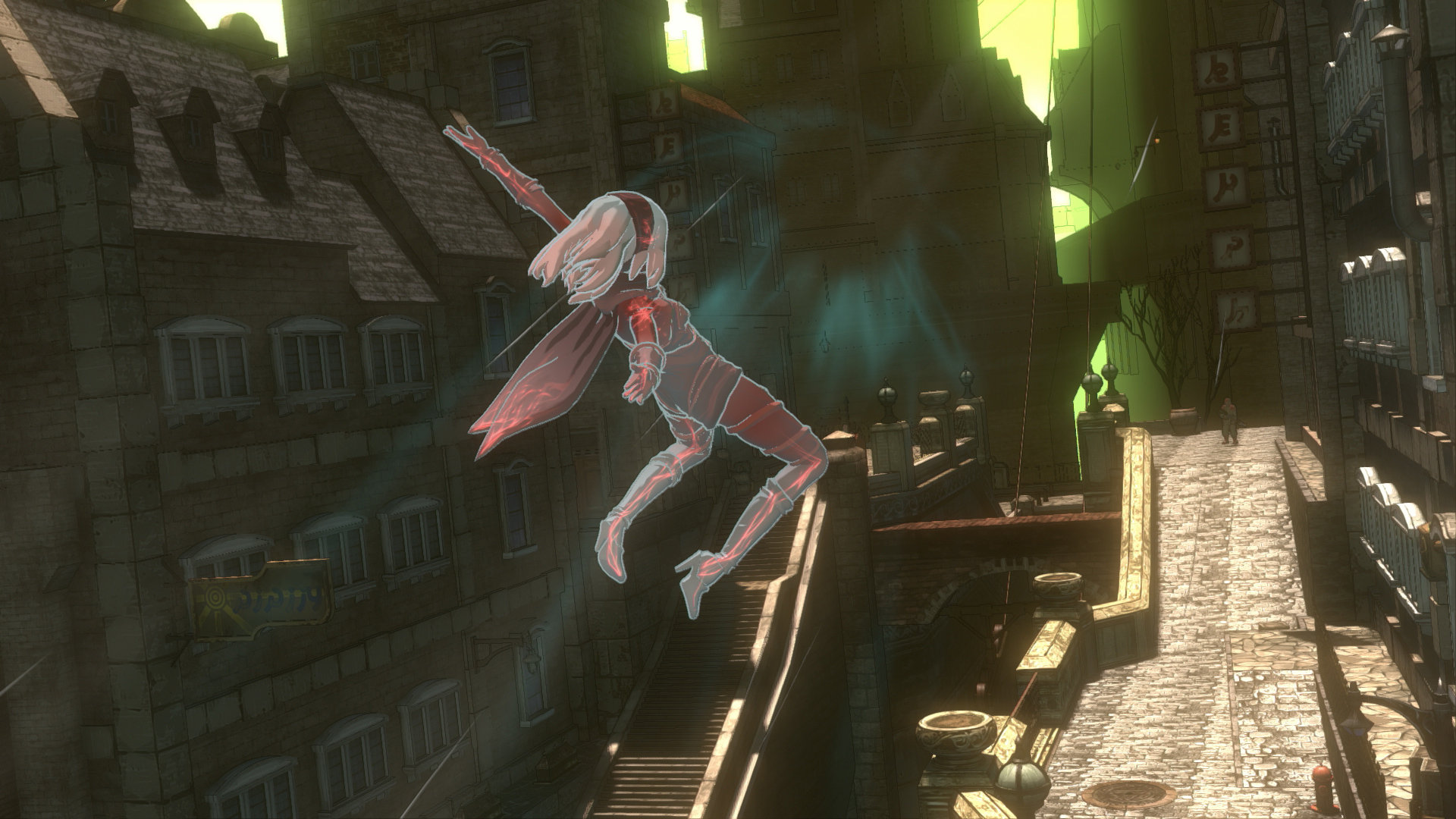 In Kat, Sony showed foresight, envisioning a different direction for its identity, which to that point had been (with minor exceptions) built atop a mountain of muscular men and anthropomorphic animals. The publisher distributed Kat-themed virtual costumes in its online hangout space, PlayStation Home, along with outfits for the LittleBigPlanet series. Kat also appeared as an optional fighter in PlayStation All-Stars, a fighting game that brought together Sony’s most beloved characters. In ad campaigns, Kat and Gravity Rush signaled an investment from Sony in its mobile platform, one that never bore fruit.

Gravity Rush was locked in a sinking ship

Gravity Rush was originally released on the PlayStation Vita, an elegantly designed handheld device that has been all but written off by its creator in the years after its release. In August 2012, two months after Gravity Rush’s release in North America, Sony’s quarterly report showed the Vita was being outsold by its predecessor, the older and significantly less powerful PlayStation Portable. A year later, Sony teased a sequel, then went radio silent until summer 2015, when word of both the remaster and sequel played a role in a series of fan service announcements at Sony’s E3 press event.

A second life on the most popular console of this generation could mean an overdue payout for Sony, which has bet on the series in its obscurity, funding this lavish rerelease as promotion for an upcoming full-fledged sequel, that will also appear on PlayStation 4 sometime this year. An intensive rerelease that borders on remake along with a sequel, when taken together, are proof enough that someone at Sony is convinced that Kat and her series are destined for greatness eventually.

Truly, remake is as fair an "r" word here as remaster. In the time between the release and rerelease, a modest fan base has huddled around the game, celebrating its elegant soundtrack and complex architecture, and both benefit from the "ground up" recreation of the world by Bluepoint Games. The world is more colorful and detailed, and moves with a smoothness impossible on the Vita. The music — wasted on headphones — makes full use of surround sound. I’ve left it on as background noise while doing the dishes more times than I’d care to confess. At Eurogamer, Digital Foundry went into detail on the various upgrades. Bluepoint also handled the remaster of the Uncharted trilogy, but updating Gravity Rush from a fuzzy, low-resolution portable game to a showpiece on the most powerful video game console available marks a higher level of accomplishment. Bluepoint has become masters of an overlooked, but increasingly coveted skillset. That Sony chose to apply those skills to Gravity Rush is telling.

Now’s the time to finally play Gravity Rush, which feels like a game of the present. It's a reaction to the full throated calls for representation, and a response to the never-ending request amongst game enthusiasts for something truly new. This is it. Turns out one of 2016's best and most refreshing games is from 2012.

Gravity Rush Remastered will be available on PlayStation 4 on February 2nd, 2016.