Embrace the bass: Beats headphones are popular for a reason

Embrace the bass: Beats headphones are popular for a reason

Those of you who’ve followed my musical odyssey over the past few months will have noticed that I’ve been trying out pretty much every set of headphones under the sun. I’m getting back into listening to music as a serious hobby, and I want to do it with the best equipment possible, hence my pursuit of the perfect headphones. The quickest conclusion I drew from this quest was, of course, that perfection doesn’t exist — there are tradeoffs in every design and I just have to choose according to what matters to me most. But here’s the counterintuitive thing I’ve also found: the most accurate headphones are not the most enjoyable.

We all think we want reference sound

We all think we want reference sound — meaning a reproduction of the music exactly as the artist intended it — but that’s simply not true. Sure, if you’re an audio engineer or producer and your job depends on sonic accuracy, you’ll want the most faithful rendering of the sound you’re working with. But for almost everyone else, that’s too sterile and boring.

Beats headphones are widely derided for overemphasizing the bass in any recording and giving people what are commonly described as cheap thrills. I count myself among those who look upon Beats with a mix of derision and suspicion. And yet, Dr. Dre’s particular brand, style, and tuning of headphone has almost single-handedly created the premium consumer headphone market. If you want to know why even regular people are now willing to spend a few hundred dollars on headphones, the answer lies in Cupertino: firstly with the rise of the iPod, which opened up many new doors for headphone manufacturers (as noted by Jerry Harvey, founder of Ultimate Ears and JH Audio), and secondly with the emergence of Beats by Dre.

What we disparage as cheap and pandering in Beats headphones is actually the thing that makes them appealing. Bass is the more enjoyable end of the sound spectrum, and it’s something we can consume in vast quantities without feeling unduly fatigued. Treble, on the other hand, while being just as important and fundamental to any song, can prove grating and irritating. Isn’t it simply logical, then, that a headphone with a bias toward bass would feel more pleasurable for the listener, all other things being equal? 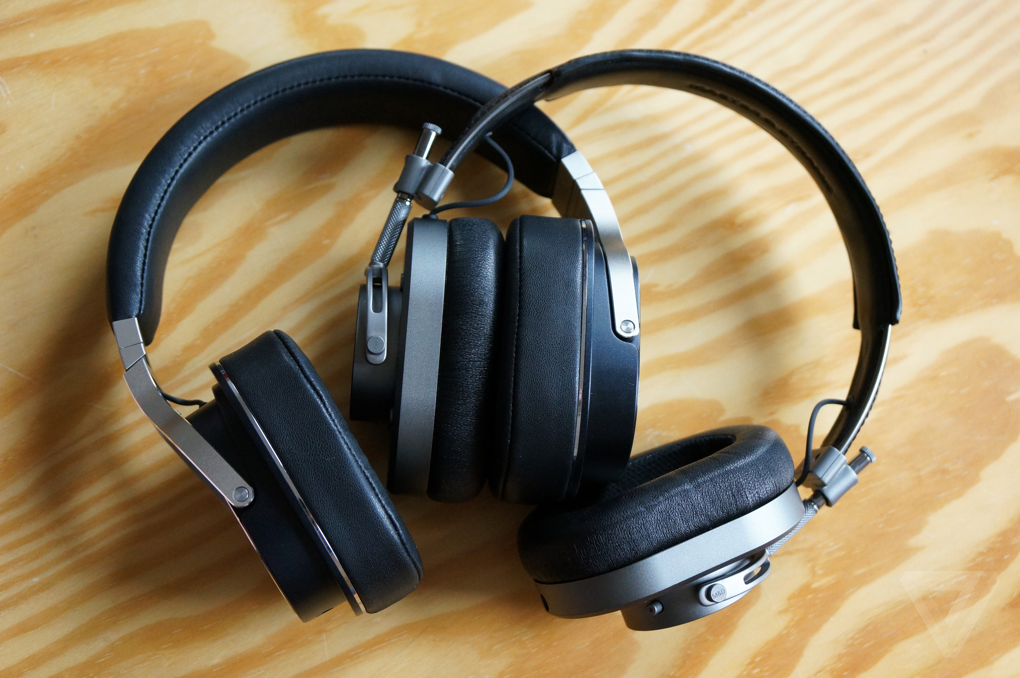 But neutrality is painfully, frustratingly boring

I have spent this month switching between two pairs of $399 headphones: Master & Dynamic’s MH40s and Oppo Digital’s PM3s. Everyone that has reviewed the PM3s has praised their precision, clarity, and razor-sharp bass response (they are The Wirecutter's best over-ear headphones under $400). These are as neutral and uncolored as a headphone can be. They are also painfully, frustratingly boring to listen to. The MH40s, on the other hand, have an utterly unique sound signature. They have a noticeable boost in the bass and lower midrange and their treble response tapers off at the top. It’s nothing exaggerated, as you might get with Beats, but these small tuning touches definitely take the MH40s out of any competition for reference sound quality. Which is fine, because they win on being extraordinarily good fun.

My experience with these two headphones is just the extension of a familiar pattern. A while back, a friend lent me a pair of Sennheiser HD 800s — which carry a four-figure price tag and are commonly cited as the most detailed and accurate headphones on the market — and I was left underwhelmed. I can say the same thing of Audeze’s highly respected EL-8 and EL-8 Titanium headphones: they are technically impressive in a number of tangible ways, but when I stop trying to analyze them and just want to listen to music, there’s no emotion or excitement. 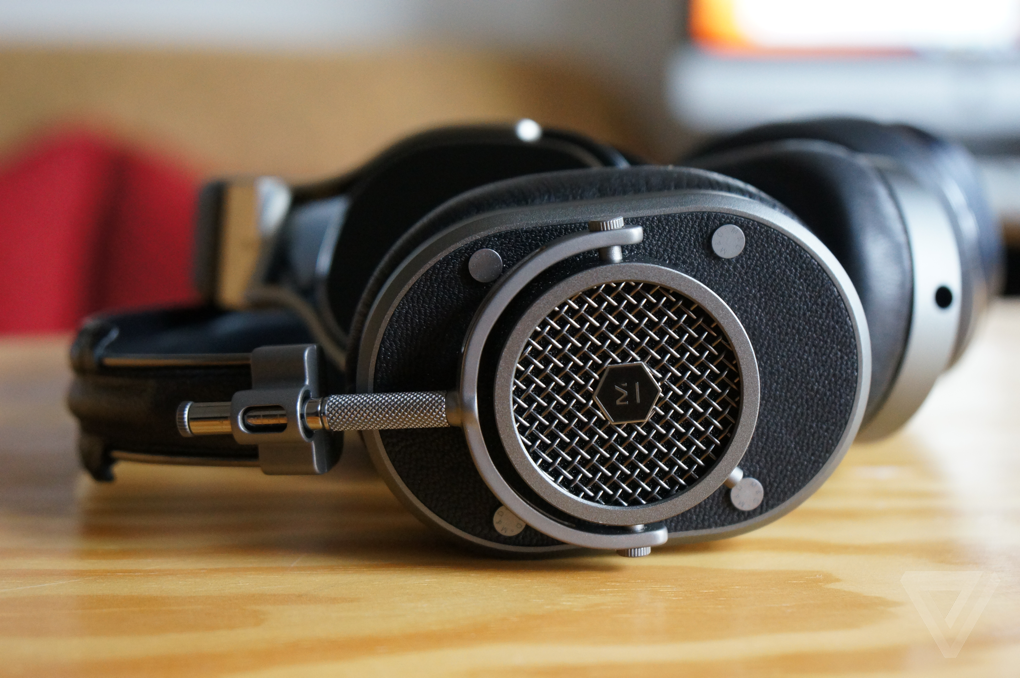 Accepting some sonic fiction doesn't have to be a bad thing

At this point, you’re probably wondering if I haven’t simply grown accustomed to an excess of bass from all the bad mass market headphones I’ve been using previously, which is why I’m now failing to appreciate the brilliance of the high-end stuff. The answer is that, yes, I probably have developed a preference for so-called warmer sound simply out of habit — but I have also sampled high-end headphones that intentionally prioritize bass and I’ve loved them. Philips’ Fidelio X2 are a good example, staying very close to neutral, but still having an extra kick in the bass department that makes them feel livelier than the likes of Sennheiser’s buttoned-up, excessively clinical HD 650.

My favorite headphones of last year were the limited Massdrop edition of the Fostex TH-X00s. Their sound signature is the perfect match for what I want out of a headphone: forceful bass, clear and present mids, and ever so slightly reduced treble. I feel very ambivalent about this, because it’s the same as saying I prefer filtered Instagrams. Aren’t we all supposed to be purists that demand truth, faithfulness, and realism? I know that’s what I’ve expected of myself, but now I’m coming to terms with the fact that that’s just not how my brain works. I enjoy being pampered by the extra purr and rumble of a biased headphone. I’m okay with not hearing the screechiest parts of a song in their full bluster. And I think I’ll live a happier sonic life if I allow myself to filter it through a sound tuning that prioritizes pleasure over accuracy. 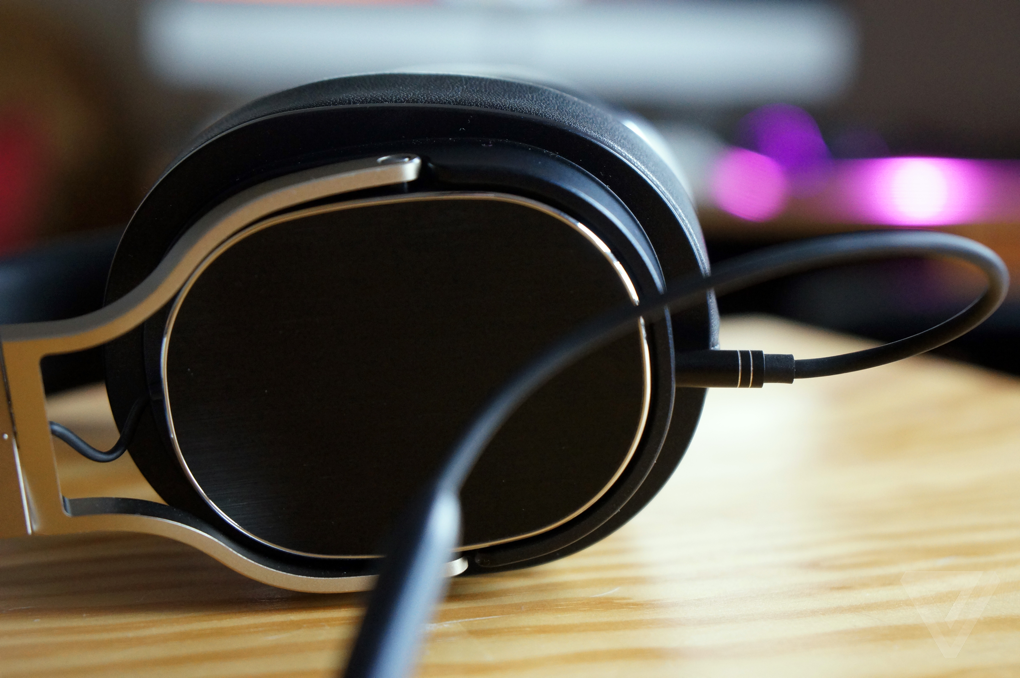 These are tools of entertainment, first and foremost

Keep in mind that all of this is a matter of degrees. Instagram won the photo-sharing app battle not because it had filters, but because it had good ones — plus a really fast and easy to use interface — and it helped make fairly poor smartphone photos look much better. The best and most pleasant headphones aren’t going to be any different. They must combine great comfort and ease of use with a subtle but tangible tweak to the sound they offer. Because too much realism deprives you of the dynamism and energy that millions of loyal Beats owners appreciate and enjoy.

What Dr. Dre and Monster’s Noel Lee understood when they were starting Beats was that headphones were tools of entertainment, first and foremost. And so they made their cans glossy on the outside and boomy on the inside, exaggerating the things that would attract attention. We should give them props for that clarity of vision, if not necessarily for the final quality of every one of their products.

There are better headphones out there than Beats. Many of them. But when we criticize the products of Apple’s Dr. Dre division, let’s stick to the facts and not the myth. Exaggerated bass is actually a thing most of us want and enjoy, and all the best-selling consumer headphones offer it to some degree. Bose, Audio-Technica, Sennheiser, Beyerdynamic, and Sony — which just launched an Extra Bass series — each have models that emphasize that pleasurable low end. So why fight both my instincts and the consumer market? Instead of pursuing the purest possible sound, I’ve decided to stop worrying and just embrace the bass.