DJI’s second flagship store looks even better than the first

Chinese drone maker DJI continues to establish itself as the market leader in consumer drones, with the company announcing plans for a second flagship store in Seoul, Korea — following its first in Shenzen, China. Set to open in March, the Seoul store will span five stories and 870-square-meters of retail space, giving customers a chance to "see, touch, and learn firsthand about the company's latest aerial technologies."

As with the company's Shenzen store, customers will be able to watch experienced pilots demonstrate DJI's drones. And as the renders below suggest, it looks like the Seoul store will have an an enclosed wind tunnel-like structure to allow indoor test-flights — just like Shenzen. The new store will also show more than just DJI's Inspire and Phantom drones, but also its expanding range of camera equipment, including products like the handheld DJI Osmo gimbal. 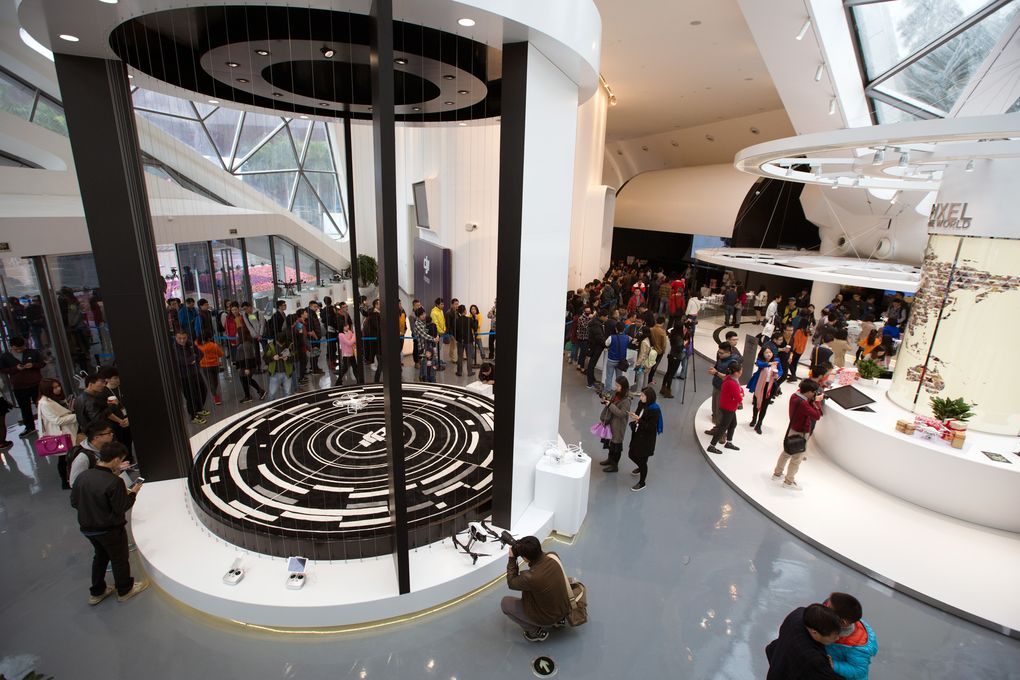 But Seoul and Shenzen look like they'll be DJI's only physical stores for the time being. A spokesperson for the company told Fast Company that there were no further plans for retail expansion. "For us, getting the retail experience right is far more important than the rapid opening of retail stores," said the spokesperson. "For now, we’ve selected two locations — Shenzhen and Seoul — where we see both opportunity to grow and to offer a hands-on, immersive experience for customers."

For a company that has already managed to take 70 percent of the consumer drone market without its own bricks-and-mortar stores, these projects are as much about establishing a brand as they are generating sales. We just wonder when DJI will decide to really bring that brand to the West.