Live streaming was one of the big trends in 2015. The Meerkat app was a sensation at SXSW, Periscope stole that momentum when it launched a month later, and Facebook released (and slowly opened up access to) its own live video feature. Samsung even baked YouTube live streaming into its flagship Galaxy Note 5 and S6 Edge+ phones.Livestream (the company) wants to capitalize on this trend in 2016 with the Movi, the company's first hardware for general consumers. It's a brand new 4K live streaming camera meant for people who need something more professional and reliable than the camera and connection found on a phone.

The $399 Movi, which ships in April, is small, about 2.5 inches long by 2 inches wide. The camera's covered in a nice black or white soft touch finish, with red accents on the microphone grill and at the top of the device. The lens has a 150-degree field of view — about as wide as most small action cameras, though not as wide as the 170-degree lens found on a GoPro — and the battery will last you an hour. But hardware is an afterthought with the Movi. It's really about software.

A popular thing to do with 4K footage is to crop in on the shot during editing. Since many people don't have 4K monitors, TVs, or the bandwidth to support streaming 4K content, you can do this without losing too much noticeable resolution, or quality. What's smart about the Movi is how it uses this idea to its advantage.

Livestream has built a 4K camera that isn't necessarily going to floor you with beautiful imagery. Instead, the company focused on creating software lets you crop in on that 4K image while you're live streaming to set up a number of completely different shots, essentially mimicking a multi-camera setup with just one pocket-sized camera and an iPhone. For example, you could crop in to a tight head and shoulders shot, then quickly snap back to a wider angle, then cut to a closeup of someone else — all with just one camera.

Contrast that with more traditional setups, which usually leave you with two very different options. You can use multiple cameras, but that requires more equipment, more camera operators, and more risk of something going wrong. Or you can just use one camera. If it's something like a GoPro, you're stuck with the same shot for the entire event. If you use something more capable, like a camcorder, you have to do all the work — zooming in and out, panning, tilting — and that leaves no margin for error.

Livestream thinks the Movi will be the obvious choice for the person who doesn't like either of those options. It's small enough that you can set it up just about wherever you want, it's compatible with standard tripod mounts, and even tilts up on flat surfaces so that you don't fill half the shot with the table. After you set it up, you can walk away and use an iPhone or iPad to remotely control the Movi from a distance over Wi-Fi. (The camera can turn into its own Wi-Fi hotspot if there's no other network available.) 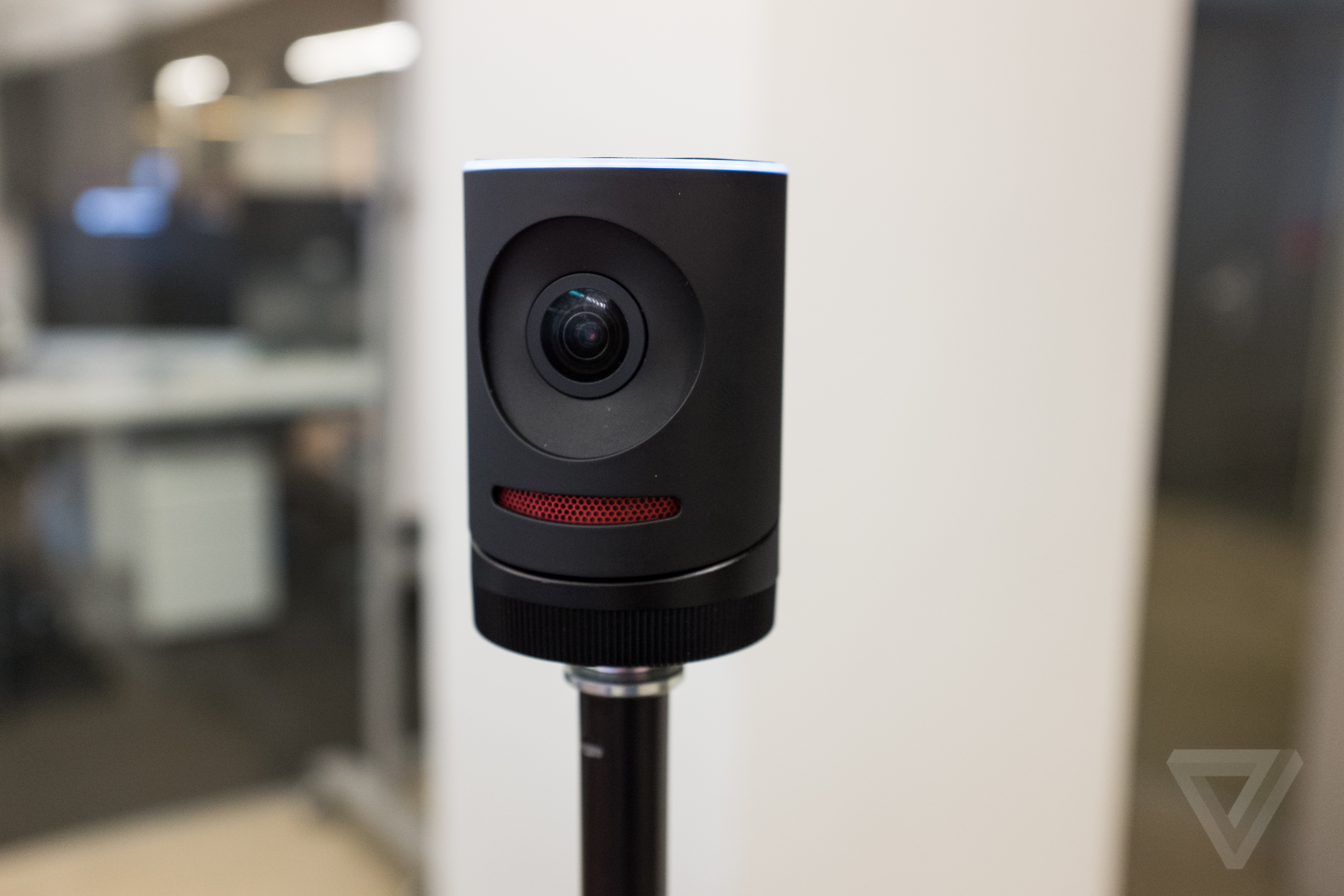 Livestream's "producer" app shows you what the camera sees in real time, and from that main 4K image you can create up to nine different virtual cameras. The easiest way to do this is to just use your finger to draw a box on the live feed to set up any shot you like. That bounding box can either stay locked, or it can track whatever's inside the frame. The camera also has facial recognition software, so it can track subjects on its own, too. (Livestream says it's working on more computer vision options, too, like voice recognition software that would automatically switch the shot to whoever is talking.)

Once you've set a few of these up, the app will show them all in a grid, and all you have to do is tap to switch between virtual cameras. (The app can also automatically cut between shots, but this ability was not quite polished in the demo I received.) This is meant to be done while you're live streaming the event, but you can also just save the live edit you've created to your mobile device for sharing later. The Movi can also simultaneously save the raw, unedited 4K file to an SD card.

There's more to the software side of this virtual camera setup than just switching between different closeup shots. At any time, you can take one of the bounding boxes you see in the app and either pinch and zoom or slide it across the live feed. Pinching and zooming will create a slow, dramatic zoom-in effect, while moving the box across the screen to another subject will let you virtually pan across the shot. That's where the options stop, though — common editing effects like cross-fades or wipes are absent.

The Movi app is fast, easy, and actually really fun to use

Livestream gave me a demo of the Movi in our office last month, and the app is incredibly easy to use. It's also really fast. I was given a few different stock videos to show off the power of the live editing — a panel discussion, a small concert, and a baseball game — as well as the live feed from one of the cameras. The Movi's producer app was actually fun to use. It made me feel like I was a director in a live TV truck, but even more powerful, because everything is accessible with a just a tap of my finger. Cut to the wide shot? Tap. Cut to a closeup of the singer? Tap. Pan from the singer to the guitar solo that just started? Tap and slide.

The standard battery only lasts an hour, which means that fun runs out quickly. Livestream will also sell a "pro" accessory for $150, basically a canister that waterproofs the camera and gives it 10 extra hours of battery life. And you can also plug the camera in to a power source with a microUSB cable, but that option might not always be available.

The Movi's image quality definitely suffers if you crop in too far, or pan or zoom too fast. It also isn't really made for live streaming spontaneous events — Periscope's probably still your best bet there. But if you have an extremely tight budget and want to make it look like you hired a small army to shoot an event, the Movi looks like the best option around.