This portable charger looks like an extension of your iPhone

Apple had a bit of an off year in 2015, with products that looked like they were still in beta post-release and design missteps unfitting for a company that prides itself on aesthetic perfection. Apple’s lumpy battery pack in particular was singled out for a great deal of mockery. So a third-party accessory maker has taken it upon itself to design the iPhone charger that Apple would have made had it decided to prioritize design above all else. The Aluminium VI charger, from startup 4Second Life, is supposed to look like a natural extension of the iPhone, all the way down to the matching gray and black hues, font choice, and curvature of its rounded edges. While the truly brand loyal will notice the subtle differences — there's a microUSB port instead of a Lightning one on the Aluminium VI — the everyday smartphone owner may reasonably think it's an honest Apple product. Unfortunately, the interface and usability of the product doesn't come close to Apple standards.

It's easy to mistake the Aluminium VI for an Apple product

4Second Life, which is showing off the charger at the Consumer Electronics Show in Las Vegas this week, plans on selling three different models starting in late January. The Aluminium V, for iPhone 5 and 5S, will sell for $75; while the Aluminium VI for the iPhone 6 and 6S goes for $85; and the Aluminium VI Plus, with extra juice, for $100. The main difference between the models is how much battery power you get. The cheapest gets you a paltry 1,250mAhs. or about half a full charge. The Aluminum VI nets you 1,500 — 377mAhs less than Apple’s new battery case — and the VI Plus gets you a healthy 2,250mAhs for nearly a full charge. 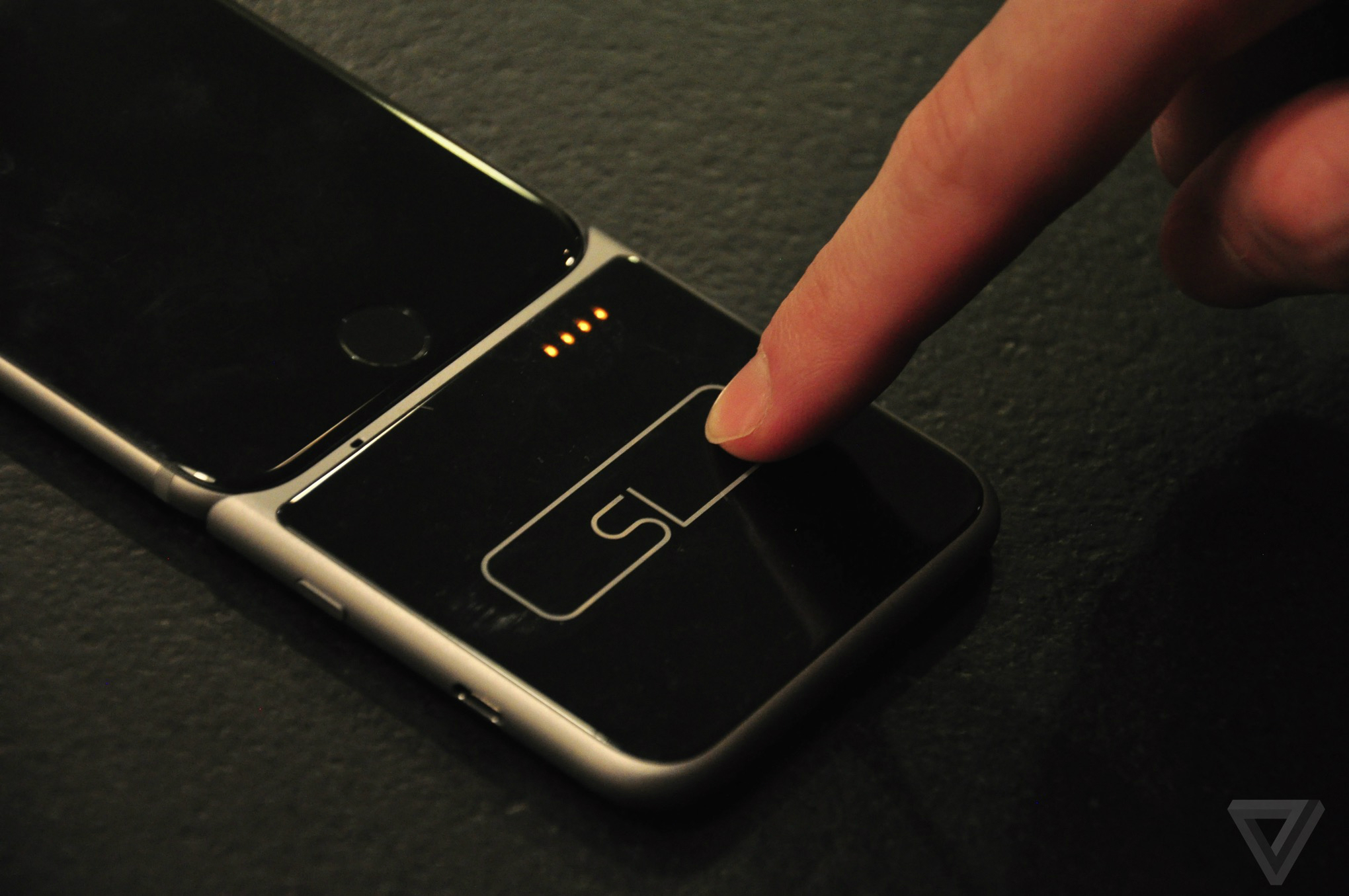 The charger looks nice, but the Apple comparison breaks down when it comes to functionality. It's difficult to put the charger in your pocket when it's attached to your phone, and the headphone jack gets plugged up in the process. More annoying, however, is the charger lacks a concrete on and off switch. 4Second Life, in trying to replicate as much signature Apple design possible, only lets you activate the charger by sliding your finger across a panel on the front as if contained an Apple-made slide-to-unlock button.

The Aluminium VI is great on paper, but not in practice

Turning it on requires a few tries unless you drag your finger with deliberate care, and there's no sound or on-screen notification to indicate when the device may have mysteriously stopped charging your phone. It’s strange, too, because the charger has a button you’re required to hold to bring it out of a sleep-like state, and yet it's not used to activate or stop the charging process.

So the Aluminium VI is great on paper: it looks solid, not despite but because of its shameless borrowing of Apple’s design standards, and it performs its job as advertised. But in practice, the product is a little too cumbersome to compete with better performing products from companies like Mophie, or even Apple itself, unless you find the design so striking that you're willing to make big compromises.