This portable scooter is the secret to happiness

Share All sharing options for: This portable scooter is the secret to happiness

A Miami-based startup called Smart-Rhino has discovered something very valuable: if you give someone a foldable micro-sized motor bike that travels faster than 15mph, it is impossible to have a bad time. The company brought its product, the Xcooter, to the Consumer Electronics Show in Las Vegas and let us demo it in the lobby of the Mirage hotel. If that sounds unsafe, that's because it kind of was. But the Xcooter is dead simple. You unfold it from its upright carrying position, retract the kickstand, and you're off.The throttle has high sensitivity, like any full-sized scooter or motorcycle, but it takes only a few seconds to get acclimated to its speedy pickup. Falling off feels virtually impossible unless you decide to get reckless, and the maneuverability is fantastic. A no-frills circular speedometer sits on the handlebars to the right of a brake lever, a light switch, and a button that makes the scooter emit a high-pitched tone to tell people to get out of your way. It's a direct competitor to the URB-E scooter we checked out at CES 2014 and reviewed just this past month. 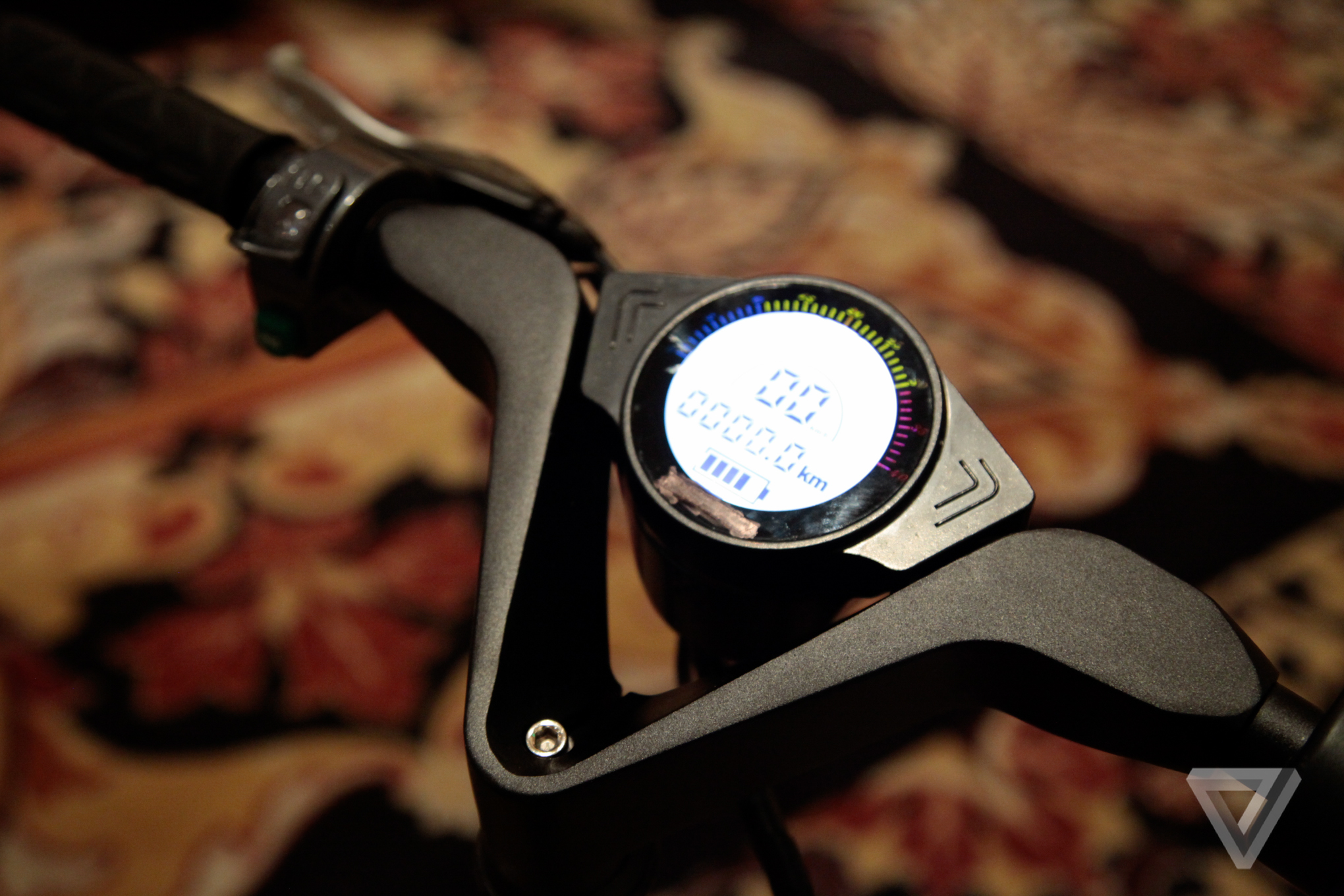 The Xcooter is designed for short to medium-length commutes and general urban riding. You can conceivably take it on the bus and store it the corner of your apartment or office. It has a 36-volt lithium-ion battery that chargers through a standard wall charger in about four hours, the company says, and it gets 15 miles of range at up to 17mph. At that speed, the Xcooter should qualify as a bicycle and therefore doesn't need a license in most parts of the US.

Falling off feels virtually impossible, unless you get really reckless

It's 42 pounds, so it's not exactly light. But you're able to fold the scooter up and push it along when you're not taking it down a street or sidewalk. It also supports loads up to 265 pounds.

Unlike your standard CES prototype, Xcooter is already in production and taking pre-orders at a discount. You can buy the Xcooter for $1,499.99 today and get it as soon as next month, Smart-Rhino general manager Edgardo Jovet told us, but the price will jump to $1,799.99 once it starts shipping to general customers in the spring.