The following is a collection of words penned by Casey Newton during the final moments of Intel's CES keynote, which you can experience for yourself in the video above. They will be preserved here in perpetuity.

Workers are rolling some platforms back onto the stage as [Intel CEO Brian] Krzanich appears to be winding up to his conclusion. Krzanich brings back A.R. Rahman for more of gesture music.

Rahman has changed into a kickass Nehru jacket. He is accompanied by a drummer and three other bandmates who have nothing but their Intel Curie bands and a dream of making gesture music.

The Intel chime hits as Rahman throws a keytar over his shoulder.

Now I can tell you exactly what the opposite of rock 'n' roll looks like.

A man in a suit at the back makes very dramatic gestures that translate into moody drum sounds. Rahman slaps a funky bass solo on his keytar and vocalizes a little bit.

So far this performance feels like something that was cut out of Stomp.

Like why couldn't Gaga have just come out to sing "Born This Way" and held me in her arms?

Now they're playing "Jai Ho" from Slumdog Millionaire. They've been joined by a chorus. All of the music is coming out of their gestures.

Abstracting musical instruments out of live performances is not my favorite thing that a musical artist has ever attempted.

Like, there is a very obnoxious quality about this idea to me — you can almost hear the Intel executive next to you chirping, "See?? Music is all just information, too! Dance to the 1s and 0s, monkey. Dance!"

"Are you in a band?" [Takes long drag on cigarette] "Yeah, we just gesture with our Intel Curie bands until a bass line emerges. Then we see where it goes." 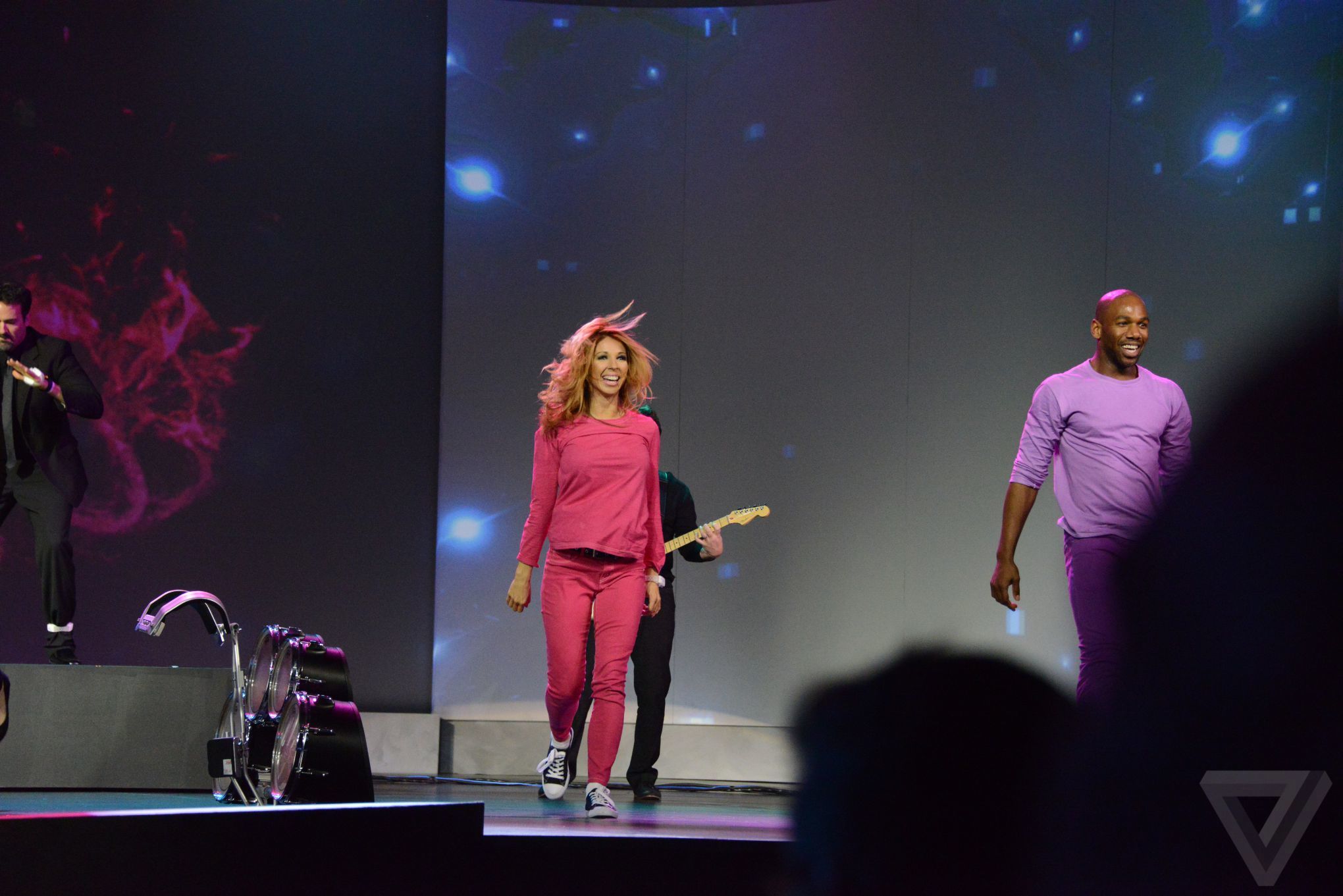 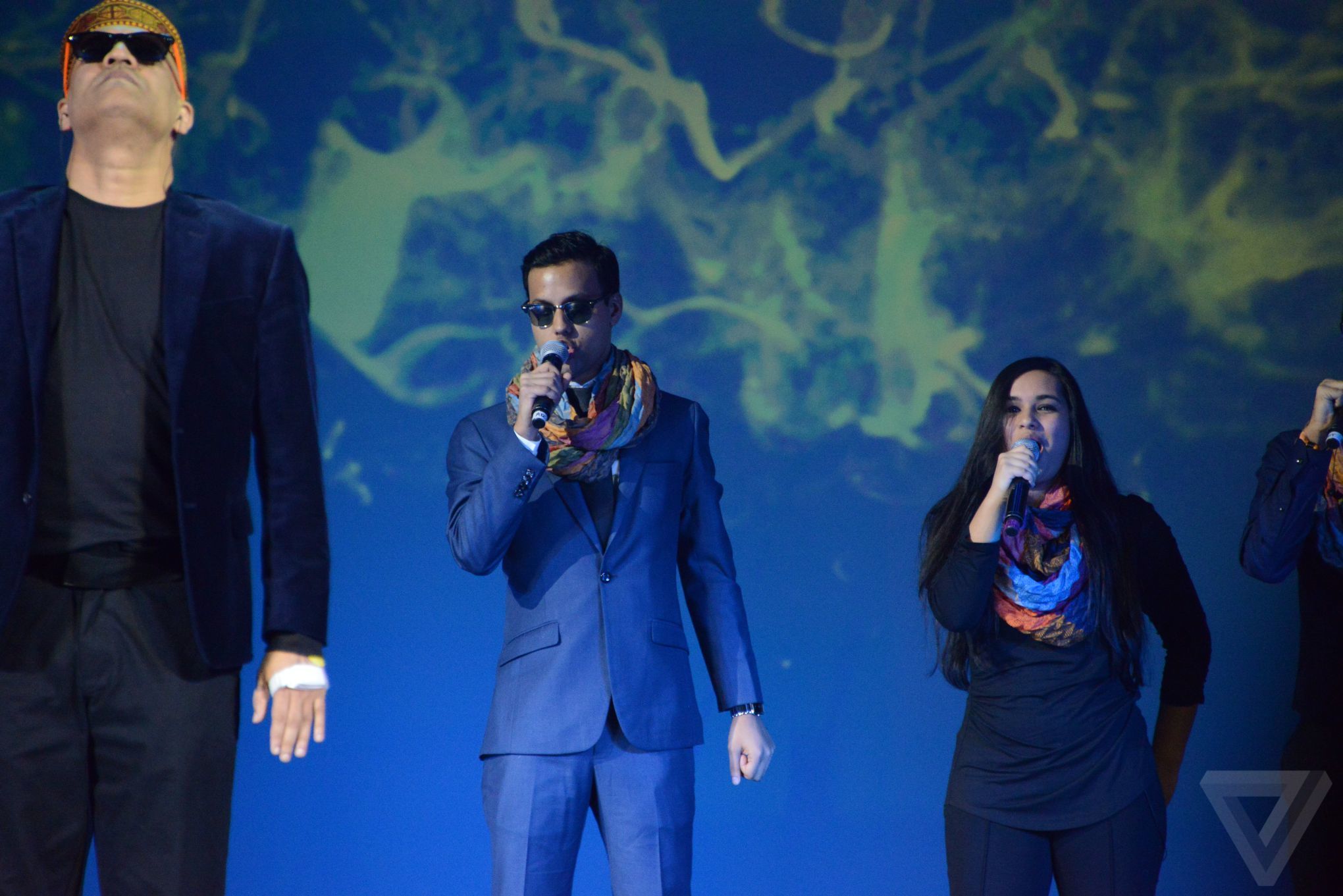 What sound does an Intel Curie band make if you flip off the audience? And who will dare to attempt it? The A.R. Rahman Intel Curie Band All-Stars bow as the keynote comes to an end. If I had to sum it all up in two words, those words would be: HOVERBOARD BUTLERS. 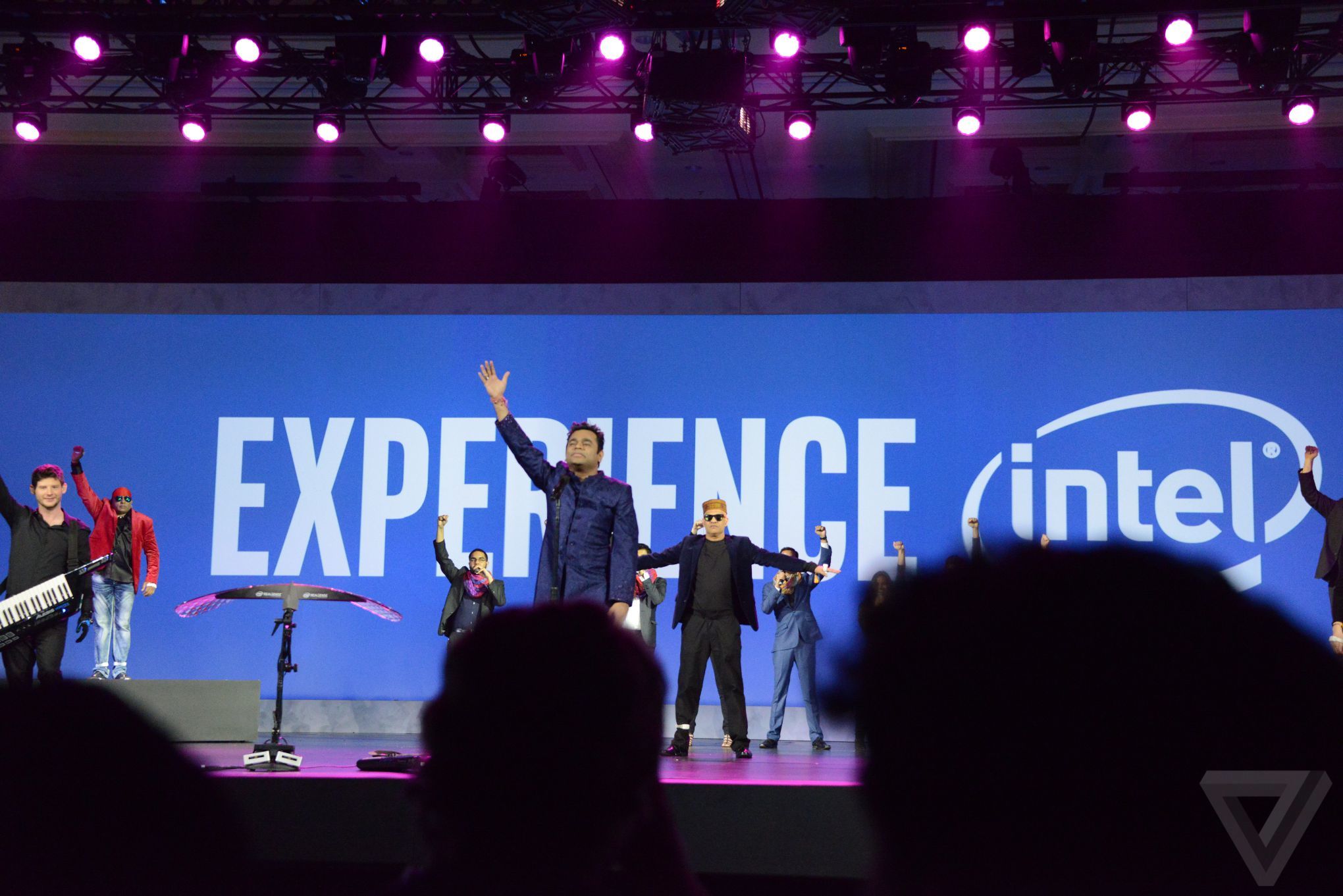 Thank you for reading, and just know that I'm very sorry. For everything.