Looking for love at CES: it's hard out here for a teen

Looking for love at CES: it's hard out here for a teen

I'm no longer a teen, but I am still a #teen. As in, my favorite band is One Direction and I care very much about keeping my Lauren Conrad coffee table books in pristine condition. Also I'm 22, and this is my first job outside of food service.

I am not a tech expert, but like all people I use things. And like all people who are a little uncomfortable making a selection from a seemingly endless roster of gadgets, I follow the helpful heuristic of good branding — branding that's meant for me — when determining if any given object is relevant to my life and needs. Normally, I don't think this makes me stupid — I still know how to read Amazon reviews or Slack a coworker after all.

I don't think I'm stupid, except at CES

But predictably, I am a stranger in a strange land at CES. My first hour of the show floor experience left me feeling like an uneducated poser. A lost 14-year-old with a Harry Styles phone case.

Thankfully, the iHip accessories booth called to me from across the room with a siren song known as "Summertime Sadness." Where there was Lana Del Rey, I assumed, there would be something for me.

No. Aside from a needlessly plush carpet that brutalized me in my wedge boots, there were Pringles-branded phone cases and various candy branded headphones and a devastatingly hip-looking DJ whose facial expression would be better understood if she had a Warhead residing permanently under her tongue. A young man with an impressive beard asked if he could help me with something. He absolutely could not. I snagged some free peanut M&M's and shuffled onward into my personal hellscape.

Marshall, a purveyor of vintage-looking speakers, amps, and headphones, and more recently an odd but cool-looking smartphone, designed its display to look like a UK-inspired version of a suburban mall's Hollister. I was raised in suburbia and worked in a mall food court for five years, so as you can imagine, I found a moment of brief reprieve amidst its soft back-lighting and black-and-white photography. Unfortunately I was unable to have an intelligent conversation about guitar amps, so I had to move along.

An Anthropologie-esque accessories corner seemed like it was for me — there was even an artfully assembled inspiration board. Such as the ones that teens make! I didn't come here to turn myself into a stereotype, but that's often a more convenient way to get through a situation. I snapped a lot of pictures of gold filigree iPad cases while promising to list my most differentiating traits to myself in the mirror later. 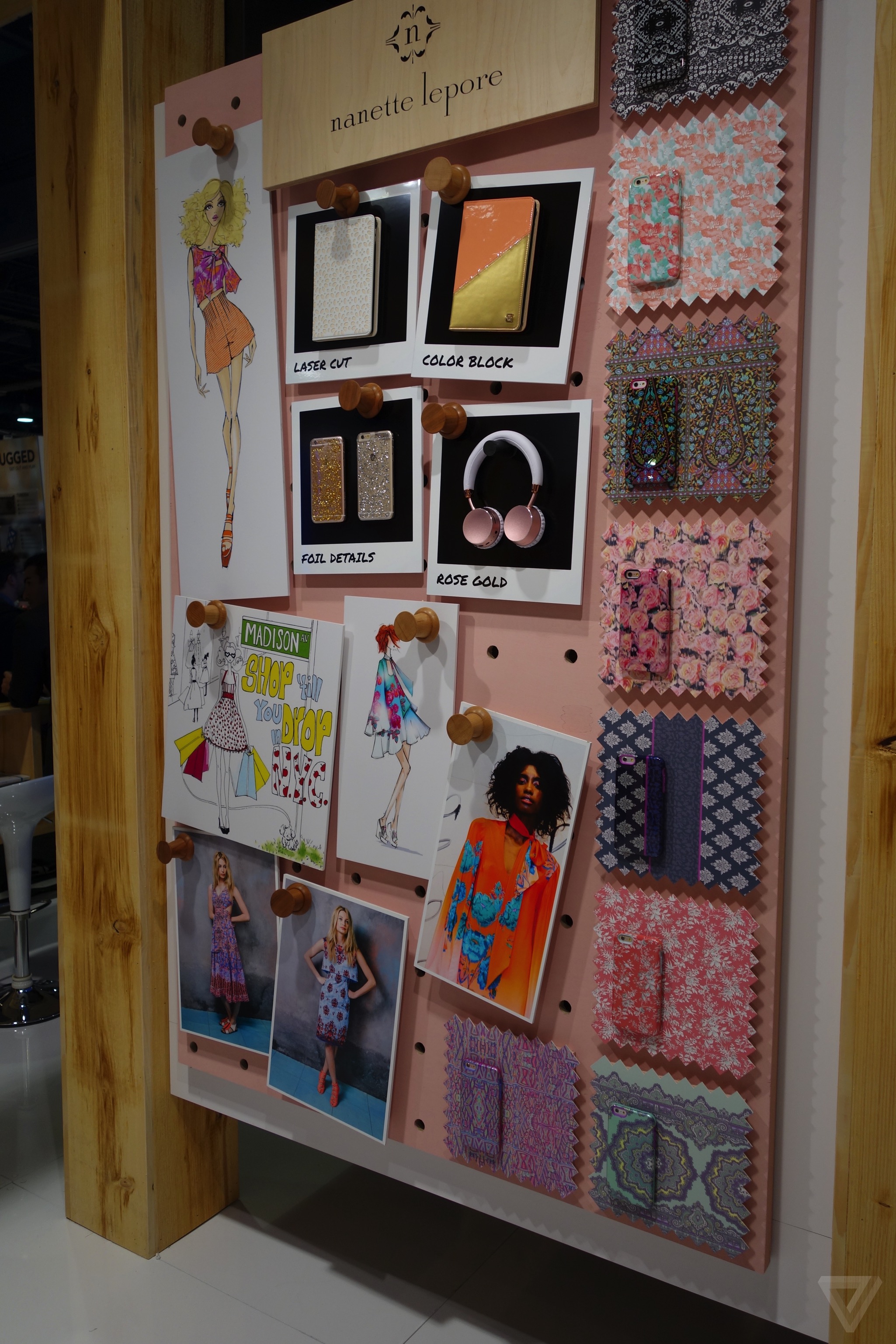 A woman with perfect cat eyeliner and knee-high grey suede boots materialized and icily informed me that I was not to take photos of the displays. When I turned around to blush and sweat in her face, she saw my press credentials and breathlessly explained that they had been having problems with factories snooping around. I was too embarrassed to call her out with a snide remark about lying to people using plot points from Willy Wonka and the Chocolate Factory.

To recover, I lingered around the edge of the gargantuan Kodak booth, basking in the familiarity of a brand that was as ubiquitous as Coca-Cola in the city I grew up in. The fact that they've been down-and-out for years made it feel like seeing an old friend dust herself off after a nasty break-up.

Recharged, I continued my quest to find one single gadget that would be a perfect fit for a #teen like me. After about an hour of trying to comprehend what makes one drone different from another drone, I found my golden goose. Or, neon turquoise pineapple, rather.

BUQU (a distillation of "Be Unique") is a small California company, and it is for the teens. Every wall of their display had a picture of a beautiful teen backlit by summer sun, and their Lightning/Micro USB cables are called "Cordz." The press booklet they gave me had scratch-and-sniff stickers in it. These were my people.

I exchanged business cards with the PR person at the booth, cooly pretending that I only had four in my wallet because I was running out, not because I had never doled out a business card in my life and hadn't anticipated needing them at all.

BUQU makes four types of products: USB power banks, USB wall chargers, car chargers, and the aforementioned "Cordz." All of their chargers have cute nicknames, and some of them have scents.

My personal favorites were a pineapple-scented power bank named "Piña," and a rubber ducky-shaped power bank named "Bubs." For the first time since the electric toothbrush that sang "One Thing" into my molars, I understood how a gadget could directly improve my life. Just look at this face:

There was also a dice-shaped wall charger called "Playa," if that's your thing.

It's a gimmick, sure, and nowhere near innovative, but these things aren't junk. They look really nice, and they're as capable as any charger needs to be. The power banks have carabiners, so you can attach them to your keyring or purse, or your person via your belt loop — something the PR person at the booth was doing unabashedly! When you shake them, an LED display indicates the charge status of your device. On the belly of a pig or rubber ducky!

The BUQU products look like something you can buy at Target, and they will be come spring. There aren't specific prices for each product, but the line will range from $11.99 to $29.99. This gadget is relevant to my life, and I want it, and soon I can buy it. A CES miracle.