A motorized board that you can ride when it's turned off

Electric skateboards are one of the most exciting new products in the last few years. Because they're new, there's no escaping some massive caveats. They're heavy and expensive, long range and great battery life aren't easy to find, and you really can't ride many of them if and when the battery dies. That last one is a big problem, and California company Inboard has a unique solution.

Inboard brought a prototype of its first board, the M1, to CES, so I (and a number Verge staffers) took a test ride in the parking lot outside our trailer. Riding it was a blast, even thought it was a prototype that didn't have the final polish you expect from a production model. 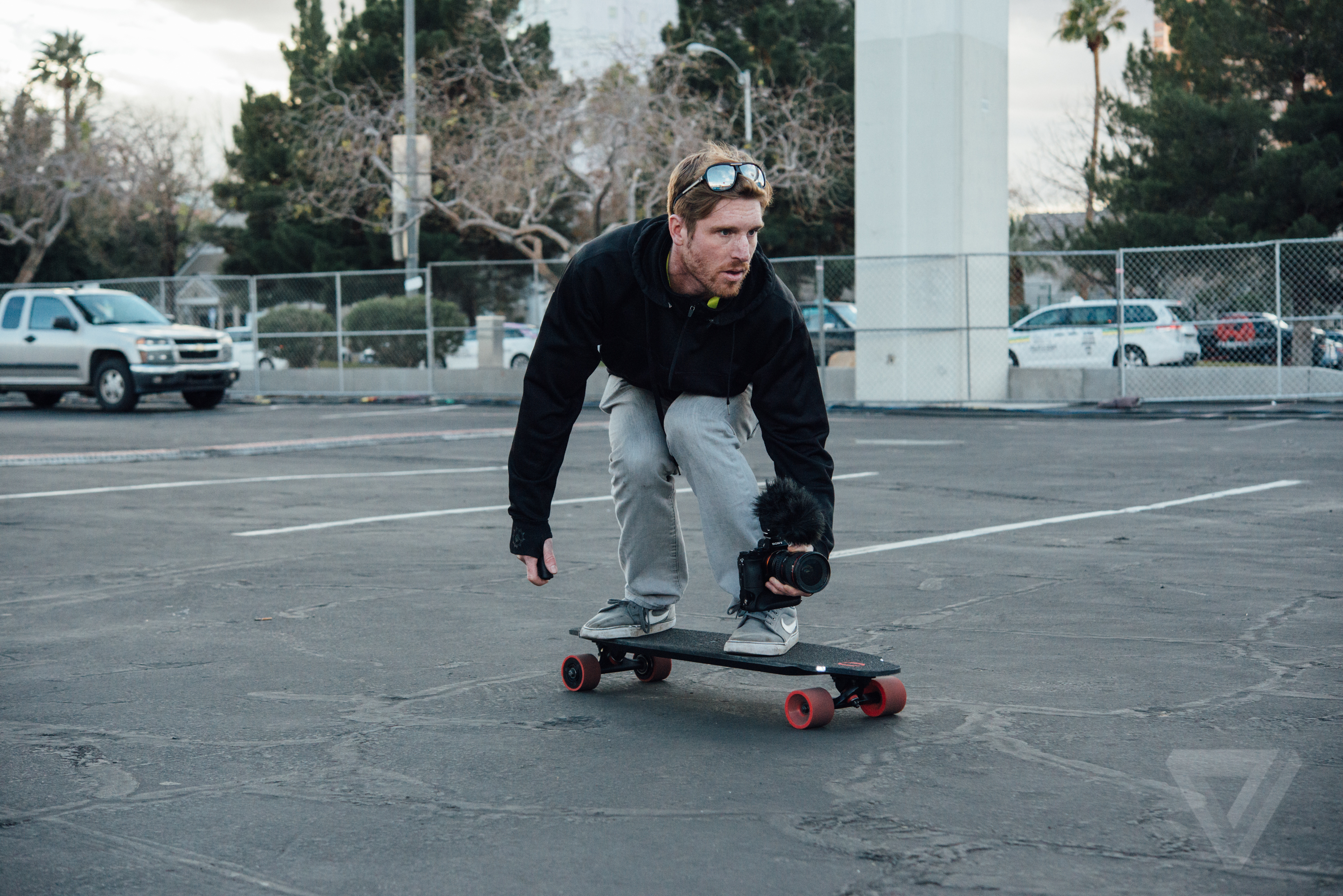 There are a few things that make the Inboard M1 different from other electric boards. Let's start with the wheels. Instead of fixing an electric motor to the bottom of the longboard deck, Inboard actually built the motors into the rear wheels. Not only does that clean up the look of the board, but it means you can ride the M1 like a regular skateboard without ever turning on the electric motor. That's not an easy feature to find; many of the other companies have had trouble getting their boards to coast smoothly when the motor isn't engaged, and only ZBoard seemed to have made it work with its ZBoard 2 (which we tried at last year's CES.)

There's a lot to like, but it's unsurprisingly expensive

Inboard didn't just hide the M1's motors, it hid the battery, too. Instead of bolting a battery to the bottom of the M1, the company actually built a battery compartment in the deck itself. Owners will just have to twist a small latch to pop the compartment out, and then they'll be able to swap a new battery in if they don't want to spend the hour or so it takes to charge it up.

The board has headlights and taillights, and the remote is easy to use. (Forward to go, back to brake, and you have to hold down a kill switch for any of that to work, too.)

The M1 is, however, priced sky high — you'll need to hand Inboard $1,399 to preorder it — and it won't ship until at least June. But if you're trying to talk yourself into buying one, look at it this way: the value you get back is higher than some of the company's competition when you consider that you can use the board well past its rated 10 mile range. It also has regenerative braking, which feeds energy back to the battery and helps keep it alive. It also feels really light at just 14 pounds. (These are the things I've been telling myself for the last 24 hours, at least.)

In a few years, electric skateboards will all be lighter, will work with or without you using the motor, and they'll cost much less. Companies like ZBoard and Boosted have been in a race to get there first, but Inboard just crowded the field in a big way.

More from this stream CES 2016 Day 6: Wrapping up the show