Nathan Copeland hasn’t been able to move his legs or hands since he broke his neck in a car accident more than a decade ago. But now that scientists have implanted four chips in his brain, Copeland can control a robotic arm with his mind and feel when someone touches its fingers. This is the first time that a neural implant has allowed a person to feel touch through a prosthetic by directly stimulating his brain.

"It felt like I was getting my fingers touched or pushed."

"It worked great," Copeland says in a video released by the University of Pittsburgh Medical Center (UPMC). "It felt like I was getting my fingers touched or pushed." This success — published today in the journal Science Translational Medicine — could help scientists create prosthetics that approximate the way our bodies integrate touch and movement when we grip, grab, and squeeze objects.

Copeland’s life changed when he was 18 years old. He was driving home to Dunbar, Pennsylvania on a rainy night when he rounded a corner too quickly. His seat belt ripped from its moorings, and the crash injured his spinal cord — leaving him paralyzed from the chest down. He can lift his wrists, but he’s lost a lot of the feeling in his fingers and he can’t move them. In 2015, when Copeland was 27, scientists at the University of Pittsburgh Medical Center implanted four minuscule arrays of electrodes in his brain. Two of the arrays went into the brain region that governs movement, called the motor cortex. These allow Copeland to control a robotic arm just by thinking about it. (The robotic arm is part of the laboratory, and not attached to Copeland’s body.)

Brain control of a prosthetic’s movements is astounding — but this team of researchers, and others, have done it before. Today’s study differs from previous research in its inclusion of another brain region. The researchers, in fact, implanted two additional arrays — each just 16 square millimeters of electrodes — into the part of Copeland’s brain responsible for sensation, called the sensory cortex. 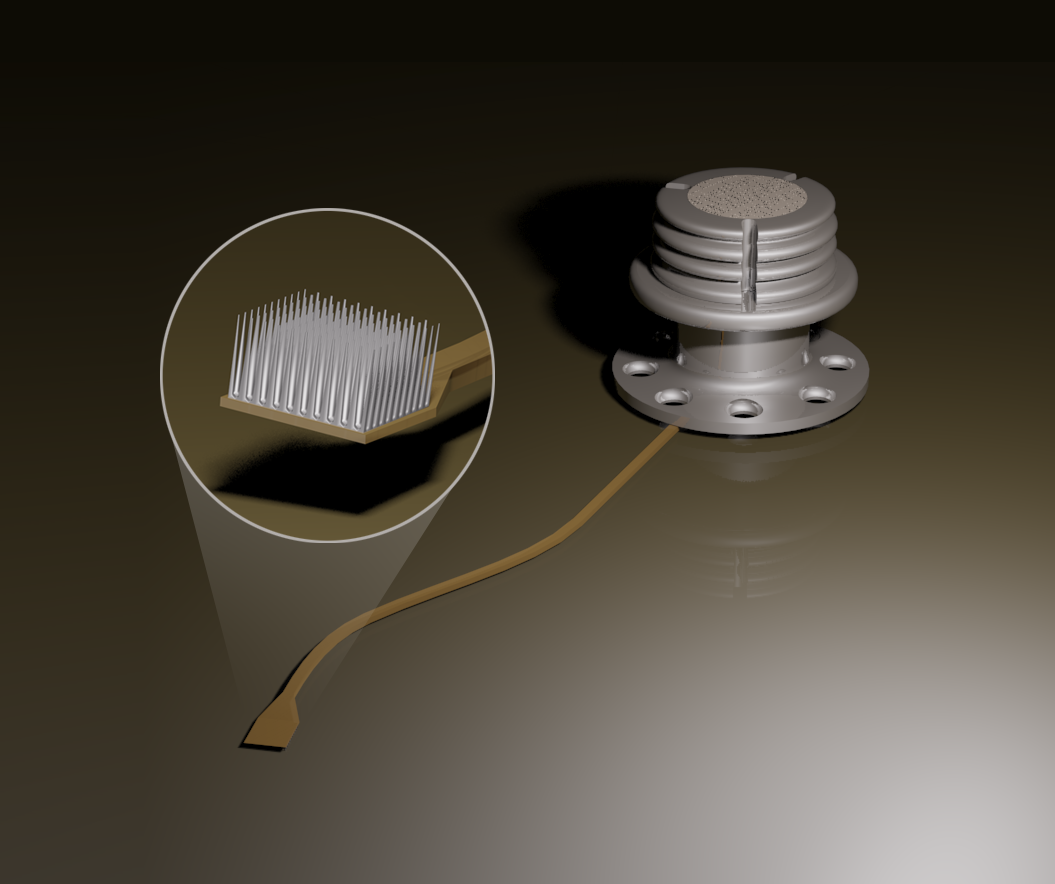 The research team used brain imaging to figure out exactly which part of the sensory cortex to stick the electrodes in. They watched brain activity as Copeland’s fingers were stroked with cotton swabs, as he watched a video of someone else’s fingers being stroked, and while he imagined someone touching each of his fingers. Together, the images formed a map telling the researchers where to implant the electrodes. These electrodes connected to an outside computer via cables plugged into a socket in Copeland’s skull. The computer was in turn linked to the sensors in the robotic arm. When someone touched one of the robotic fingers, the sensors relayed that information to the computer, which then told the electrodes to zap Copeland’s sensory cortex.

It took a full month for Copeland to start feeling anything more than tingling in his right arm. That’s because the researchers didn’t know how well the system would work, so they started stimulating Copeland’s brain with very low levels of electricity at first — increasing the intensity incrementally over time. "When it did start to work as expected, it was a big relief," says Jennifer Collinger, a bioengineer at the University of Pittsburgh and a co-author of the study. And it kept working, for the entire six months that the study continued.

These results are impressive, and a much needed step for developing the next generation of prosthetics, says Bolu Ajiboye, a biomedical engineer at Case Western Reserve University who was not involved in the study. In the future, the technology could help design prosthetics that can automatically adjust their grip based on the object — just like our bodies do instinctively when we grab an egg versus, say, a doorknob. "We don’t talk about this part of movement, but to actually be able to move naturally, you need sensory feedback," he says. "Think about holding a newborn. If you don’t have sensory feedback you don’t know how much force to use when you’re holding a child."

Though today’s research is a big step, it’ll be a while before paralyzed people outside of a research laboratory will be able to use brain implants to feel touch through a prosthetic. Scientists still don’t fully understand how electrical stimulation of the sensory cortex corresponds to the sense of touch. So more research is needed. "The science on the sensory side is very rudimentary," says Andrew Schwartz, a neurophysiologist at the University of Pittsburgh and a co-author of the study.

The implant itself is still being evaluated by the Food and Drug Administration, which has to approve new medical devices. (The researchers were allowed to use it for clinical research under an FDA exemption, but they have to keep applying for an extension every year.) Researchers also need to figure out a way to integrate the cables, wires, and robotic arm into the patient’s body. Right now, the arm is separate, the cables are massive, and the system requires large, desk-bound computers.

As for Copeland, he has a clear vision for lifelike prosthetics that seamlessly integrate sensation and movement — because he’s seen one before. "Luke Skywalker got his hand chopped off, and the next day he has a robot one. And they’re pricking it, and he’s like, ‘Yeah I can feel it. Good to go’ — and he doesn’t even miss a beat," he says in the video. "That could be someone else — not even that far in the future."