A beautiful window into the future

I haven’t used a Lenovo laptop as my main computer for years. In fact, the last time I touched a Lenovo laptop for more than a few hours was when I used to manage a fleet of them in a corporate environment before joining The Verge. Lenovo ThinkPads are the de facto laptops of the corporate world, and since I now work in a business where I can choose my equipment, I haven't been compelled to try one as a result.

Lenovo surprised me at CES this year, though, with its latest X1 Carbon ultrabook. The surprise: it’s actually an X1 Yoga with a touchscreen, stylus, and 360-degree hinge, so you can flip the keyboard behind the display and use the laptop like a tablet. It’s about as far from a staid, corporate feature set as a ThinkPad has ever had. However, all of that is a distraction from the main addition: a 14-inch OLED display.

Over the past few years, I’ve witnessed laptop manufacturers experiment with crazy designs, touchscreens, and the latest advancements in tech to try and get ahead of Apple’s MacBook line with varying degrees of success. As notebook designs once again settle into a comfortable and familiar lull, laptop makers have been switching their attention to displays. Companies like HP are pushing 4K screens in tiny laptops, Dell wants to sell you an edge-to-edge display, Microsoft wants you to remove its display, and now Lenovo is placing the latest OLED panels into a 14-inch laptop.

Unfortunately for Lenovo, this beautiful OLED display is like cramming a stunning new TV into an outdated house. 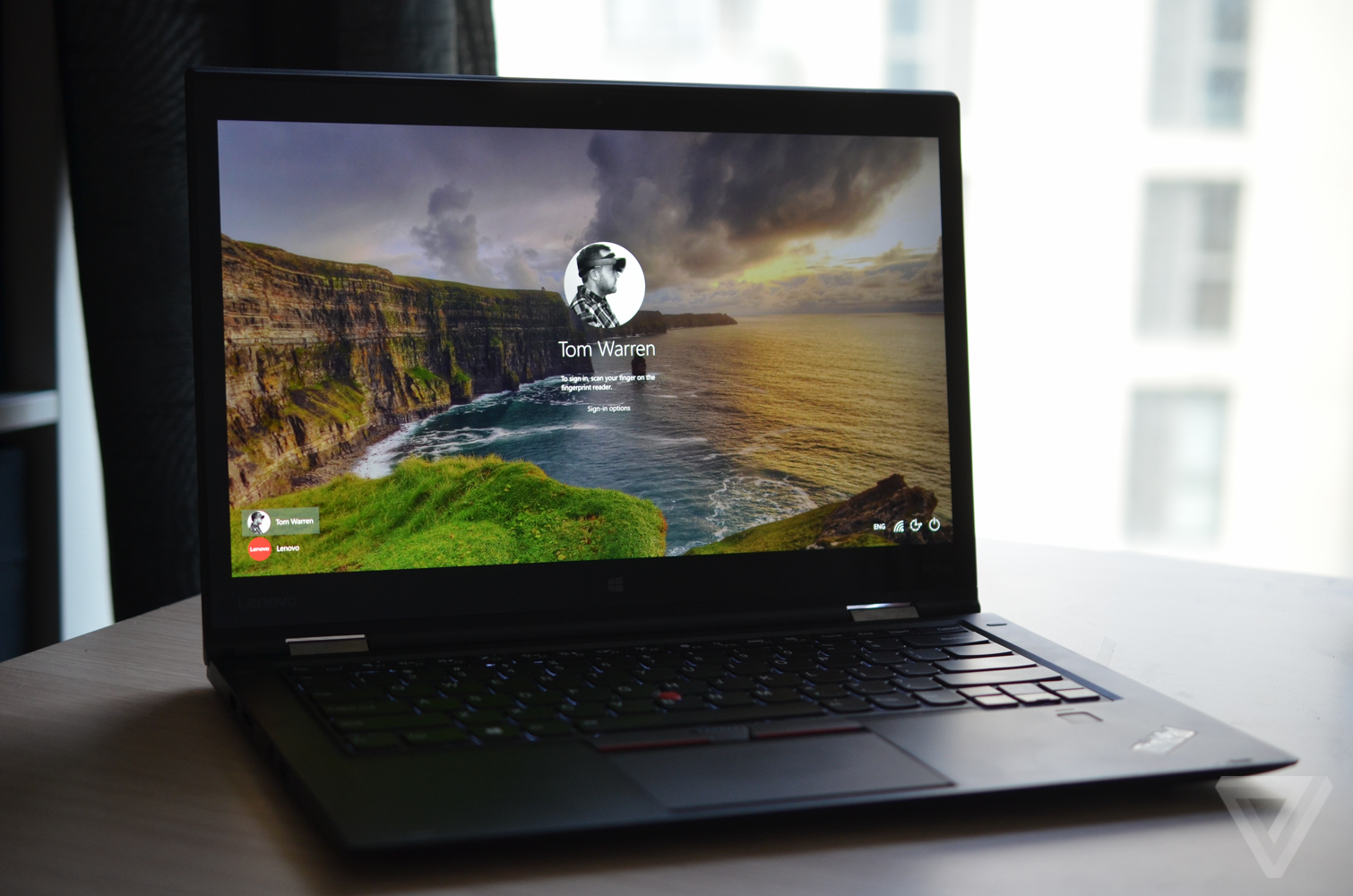 The moment I picked up Lenovo’s ThinkPad X1 Yoga I had to check it wasn’t just a regular Yoga or an old ThinkPad. Though it has many modern capabilities and features, the X1’s design gives me flashbacks to ThinkPads from 10 years ago. Far from pushing the boundaries, Lenovo has played it safe for its business customers. That’s not necessarily a bad thing, but this notebook is dated and simply boring-looking, and an OLED display deserves more. 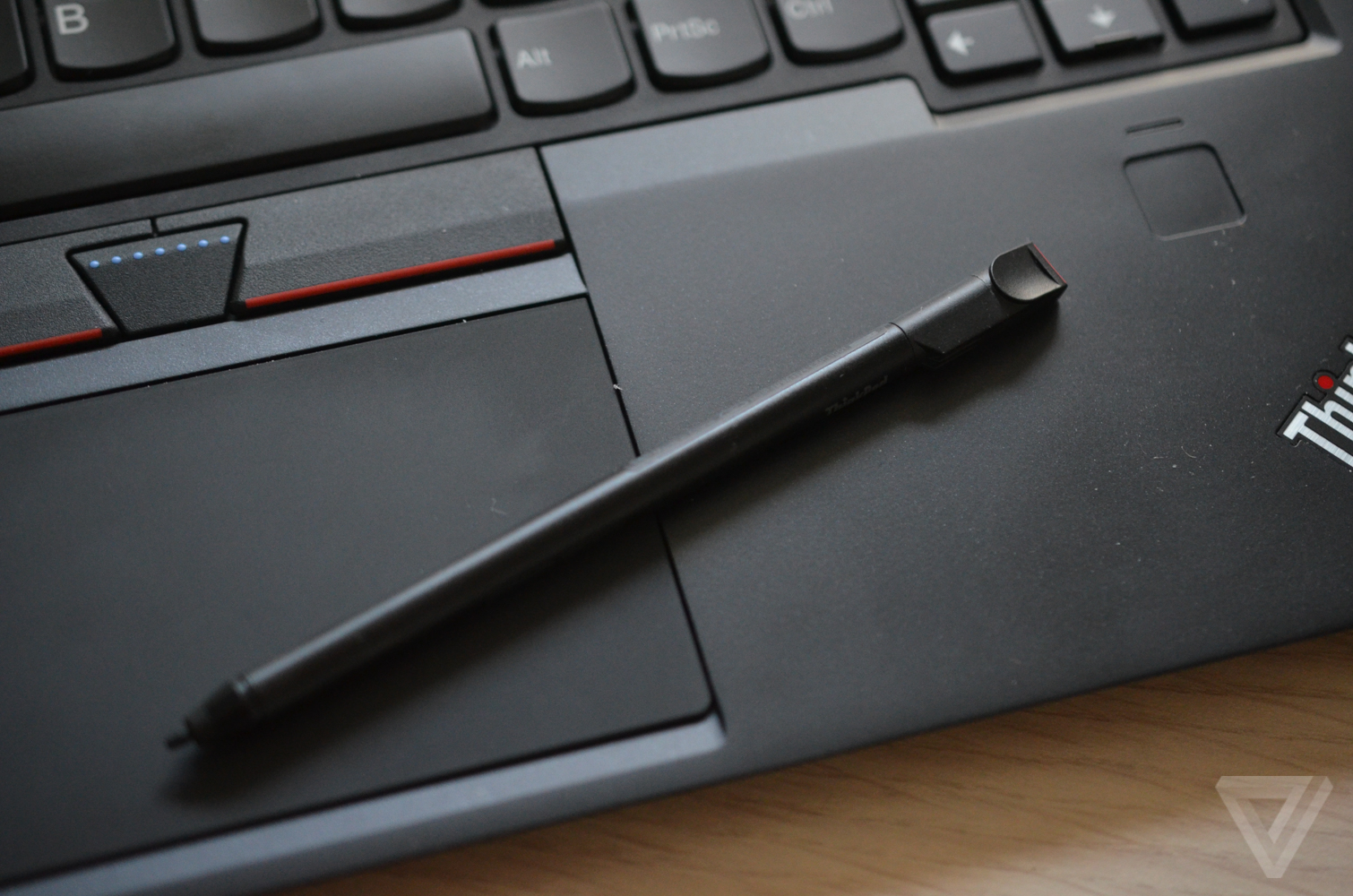 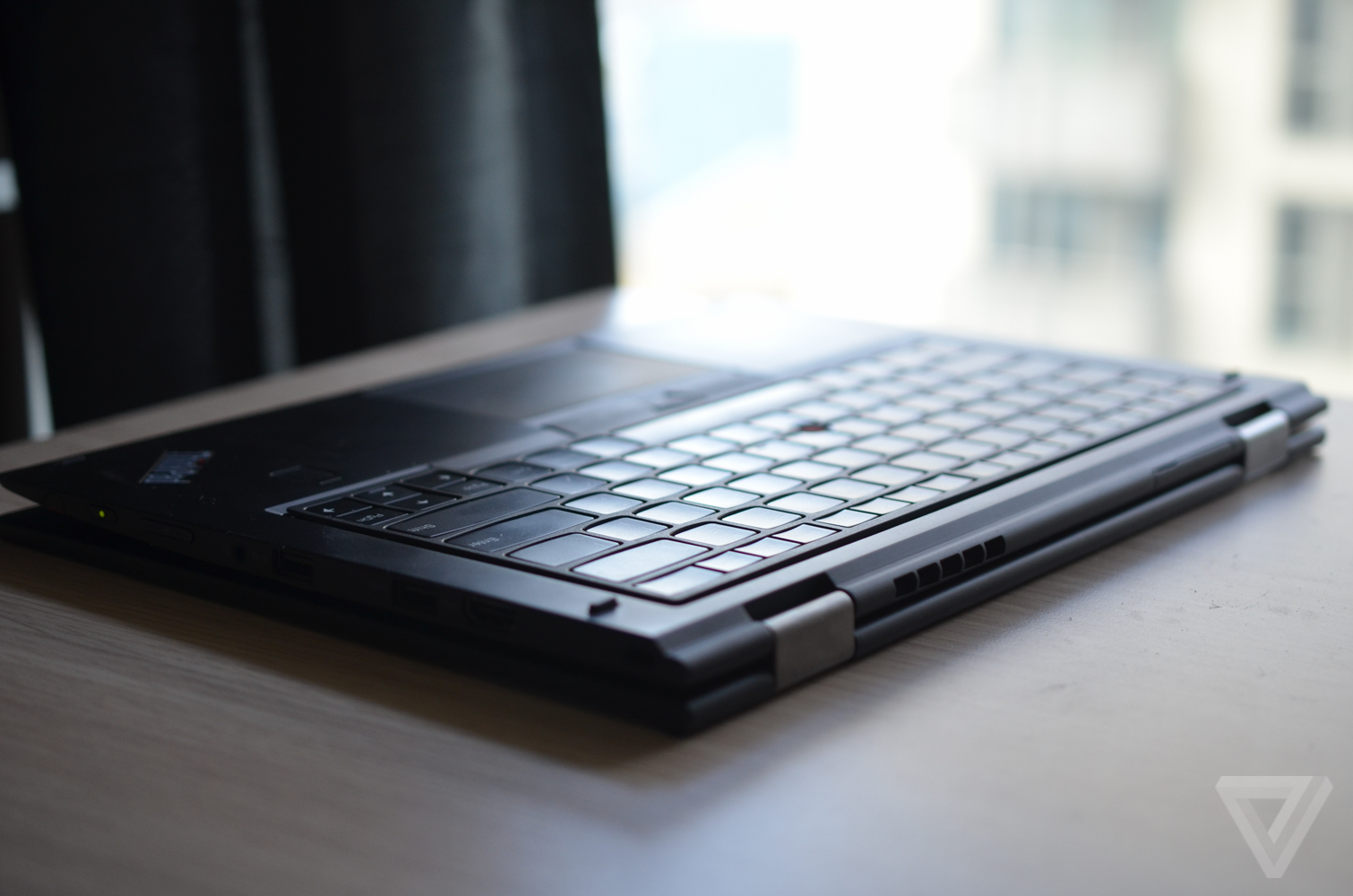 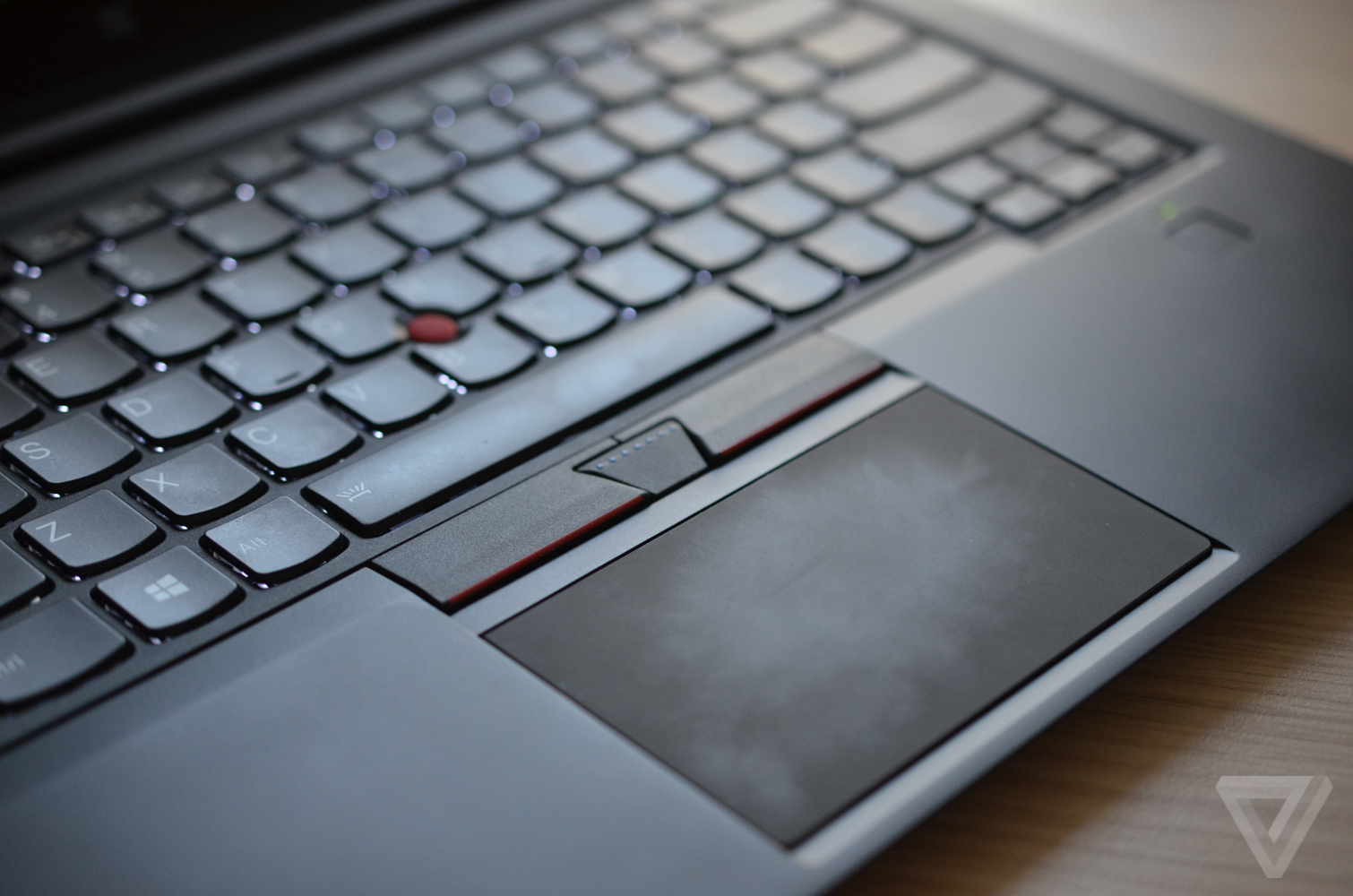 That OLED display is without a doubt the star of the show here. It’s probably the main reason you’d buy the X1 Yoga, and it’s by far the best laptop screen I’ve ever used. It’s Lenovo’s big change, and a bet on the future of laptop displays. You’ll pay a price premium for it, though, as X1 Yoga OLED models start at $1,869, but it’s by far the best part of this laptop. The blacks are so black that I kept moving the cursor up to the very edge of the bezels thinking that it was part of the dark Windows 10 interface at first.

OLED is the only star of the show

At a resolution of 2560 x 1440, it’s more 2K than 4K, but I’m constantly stunned by how good the colors look on this display. If you work with digital images or videos then color accuracy and reproduction is key, and the X1 display doesn’t disappoint here. I’ve fallen in love with it, and it really makes Windows 10 shine. The Verge homepage looks more orange than ever before, and I’ve seen colors in apps that I didn’t even realize were slightly different shades. I actually preferred watching some Netflix episodes on the X1 instead of my TV because they just looked so good.

The only thing that would make this display better would be pairing it with smaller bezels. I’m still a big fan of Dell’s XPS 13 edge-to-edge display, and I could only imagine how stunning a laptop would be if you could have both. Lenovo also set the DPI level to 200 percent for some reason which makes the Windows 10 UI a little too big, and I found it much more comfortable to use at 150 percent. Either way, this display is the future of laptops, and I can’t wait for every notebook to have an OLED screen. 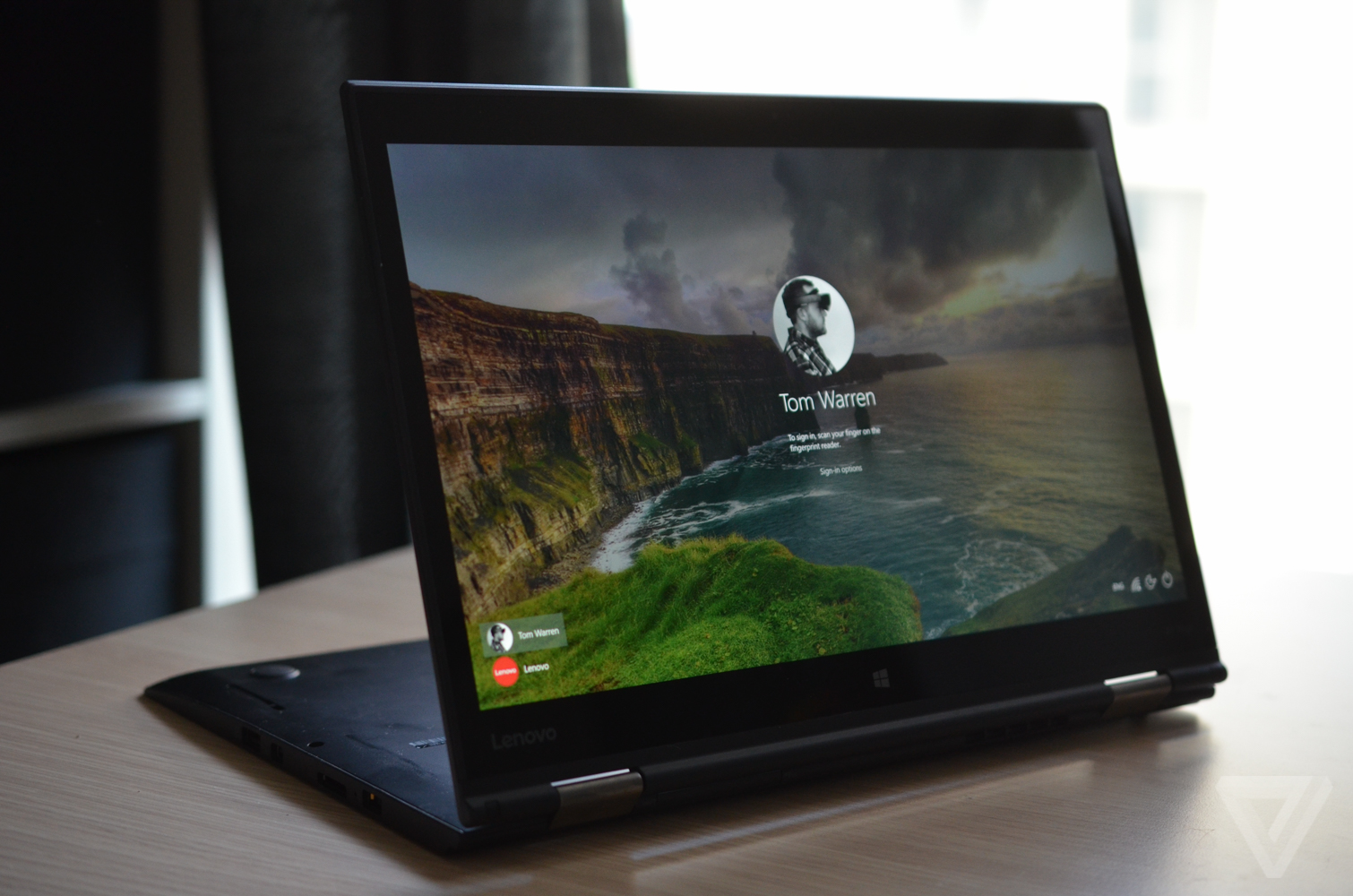 Lenovo has stuck to its black matte finish with a mix of carbon fiber that’s been the hallmark of the ThinkPad line for a few years. I personally like this type of finish on a laptop as it feels smooth to rest your hands on and keeps unsightly fingerprint marks to a minimum. At 2.8 pounds and 17mm thick, it’s also nice and portable for a 14-inch laptop, keeping the weight below a MacBook Air. Lenovo has kept its familiar red TrackPoint nub in the middle of the keyboard, and the mouse buttons above a reasonably sized trackpad.

Unsurprisingly, typing on the X1 is great. Lenovo’s chiclet keyboard feels natural and comfortable, and the only complaint I have is key placement. I dislike the function key stuck in the lower-left corner, and a lack of media control function keys. Likewise, the trackpad feels really solid, although it does make a clicky noise as it travels. It’s a little smaller than it should be because Lenovo has decided to stick unnecessary buttons above it, but it was accurate during my testing. Those extra buttons were largely decoration for me, as the gestures in Windows 10 work well for navigation with the trackpad.

It's time to bring the ThinkPad into the 21st century

Both the eraser nub and trackpad buttons feel like they’re still here for legacy reasons to keep ThinkPad customers comfortable, and frankly, I wish Lenovo would just kill them. Trackpads used to be terrible on Windows laptops, but they’ve caught up and the nub just gets in the way now. At a time when Apple is trying to redefine the trackpad with Force Touch, it doesn’t feel like Lenovo is being daring enough here. It’s time for Lenovo to move on and bring the ThinkPad into the 21st century, both in design and features. 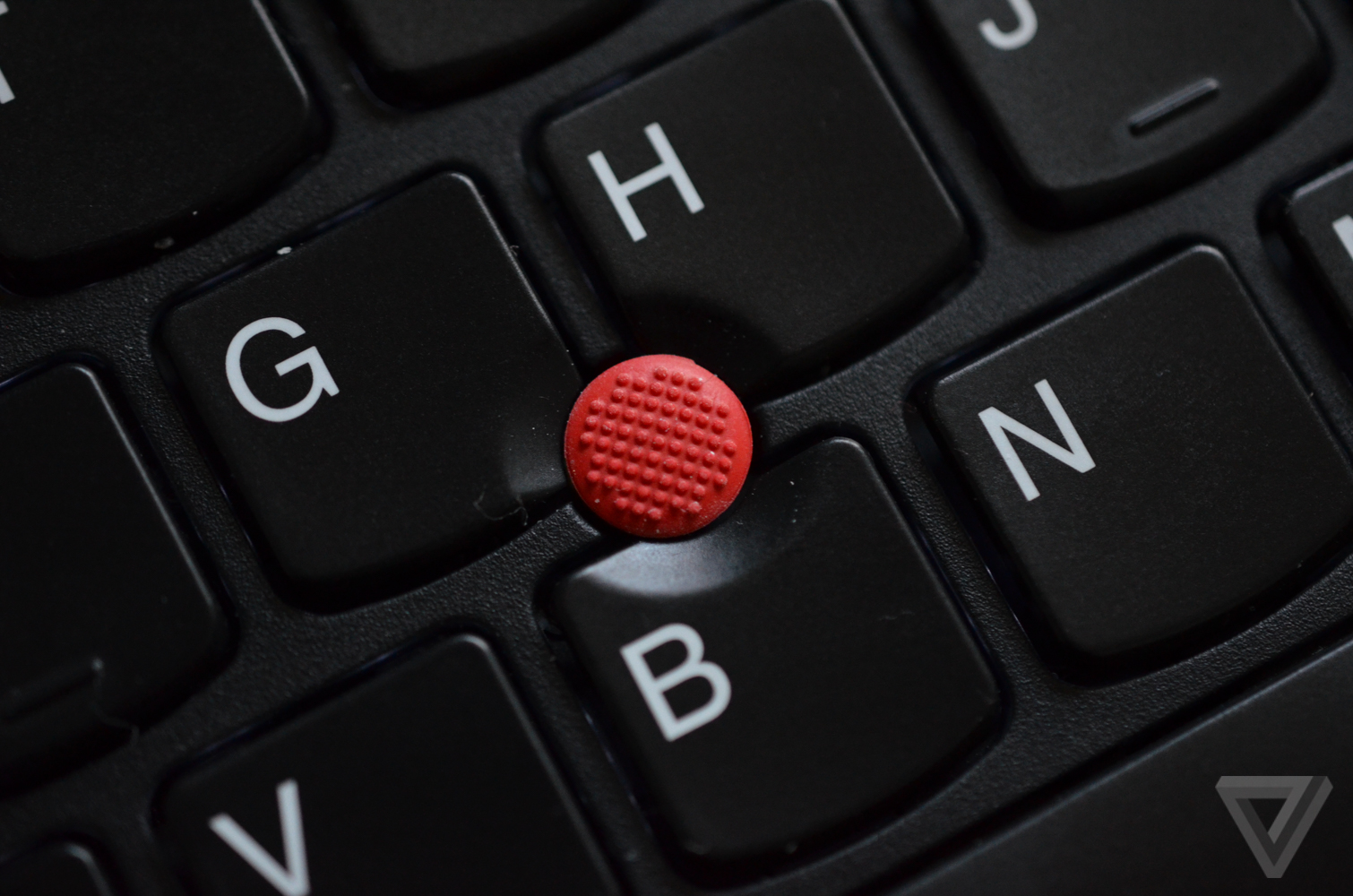 Design aside, the X1 Yoga has most of the ports I’d expect to find on a Windows laptop. There’s HDMI and mini DisplayPort for your monitors, three USB ports for accessories, and even a SIM slot and microSD storage. The one big omission is no full-sized SD card slot. Instead, Lenovo has decided to bundle its proprietary OneLink+ port for connecting to its docks. That’s a bit of a miss if you were hoping to use this with a digital camera, and the microSD slot is hidden underneath the display so it’s not easily accessible. Lenovo has also added a fingerprint reader that supports Windows Hello. I would have preferred to log in with just my face, but the fingerprint reader never failed me and was always fast to use.

As this is a Yoga, you can flip the display over to twist it into a tablet. The keys retract slightly into the body when you use it in tablet mode, but I literally used this mode once during my entire time with the X1 Yoga. It works best as a regular laptop, and at times, I’d even forgotten you could actually turn it into a tablet. I almost forgot that the X1 has a stylus, too. It’s a tiny little thing that slots in underneath to charge automatically. As it’s so small and thin it feels a little awkward using it as a pen, and it’s tucked away underneath the laptop so most people wouldn’t even notice it was there. 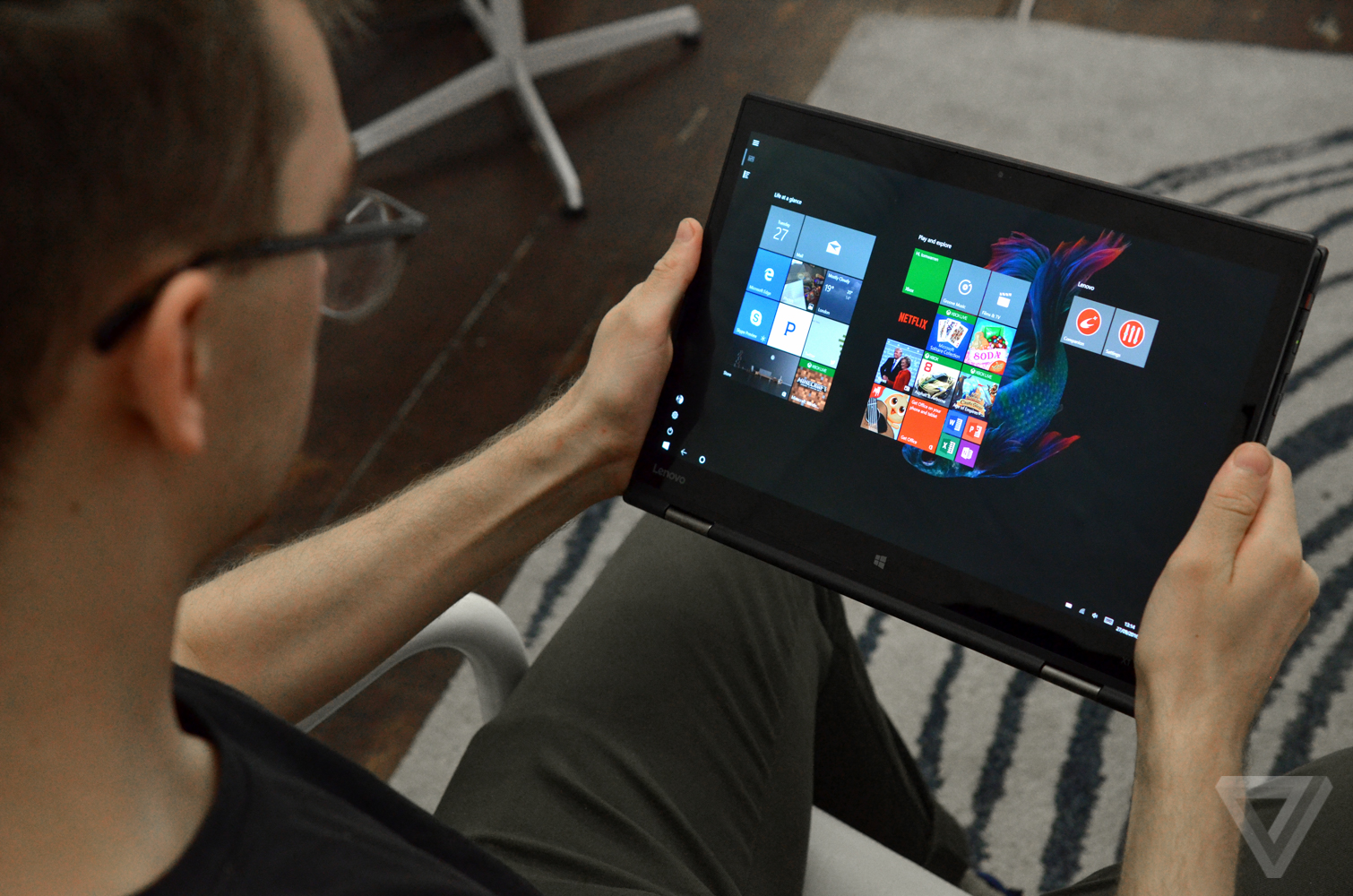 Naturally, such a beautiful display has some drawbacks on battery life. While Lenovo claims up to 11 hours of battery life, I never got close to that. Most days I’d hit around five hours and have to reach for the charger, but on rare occasions, I’d get as many as seven hours — and I suspect the OLED display influenced that. When I was watching a movie the battery life seemed closer to seven hours, but using multiple apps and doing regular work knocked some life out of it.

Unlike HP’s EliteBook Folio I tested recently, Lenovo’s ThinkPad X1 Yoga showed no signs of performance issues during my usage. I tested a model with an Intel Core i5 processor, 8GB of RAM, and 512GB of storage. It breezed through all of my daily tasks, and handled multiple apps well. You’re not going to be able to run the latest games on here, but as a work machine it’s more than capable.

A beautiful window into the future of laptop displays

As I sum up my thoughts on Lenovo’s ThinkPad X1 Yoga, it reminds me that I still haven’t really found a perfect Windows laptop. I want a laptop that’s a laptop first and foremost, with a bezelless design, great trackpad / keyboard, awesome battery life, and an OLED display. Dell’s XPS 13 is one of the best Windows laptops out there, but it’s not the laptop of my dreams. The X1 Yoga is in the same boat. Lenovo could have been brave enough to ditch some of the familiar ThinkPad features, and really push things into the future, but it didn’t.

It’s something I’ve found with most Windows laptops recently. The ideas are almost always there, but it’s never a fully polished and perfect experience. As we approach the end of October, Apple is expected to debut a new MacBook Pro and Lenovo’s X1 Yoga will compete directly with it. That means that anything less than perfect, especially at a starting price of $1,869, won’t be enough if Apple shakes up the world once again with a new look for its laptop. We’ll have to see what Apple has planned, but for now, Lenovo has given us a look at the future of laptop displays, but not the whole laptop of the future package.