Pebble is the indie band of smartwatches. Ever since the startup company of the same name launched its record-breaking Kickstarter campaign four years ago, it has attracted an enthusiastic fan base of early adopters. The watches tend to look like toys, but they’re durable and water resistant, with week-long battery life. And Pebble’s homegrown, open-source software and competitive pricing have won it plenty of fans.

But it’s hard to grow a niche business, and Pebble knows that. So the company has decided to shift focus a little bit, and is now emphasizing one particular feature on its newer watches: health and fitness tracking.

I know, I know: not another one. 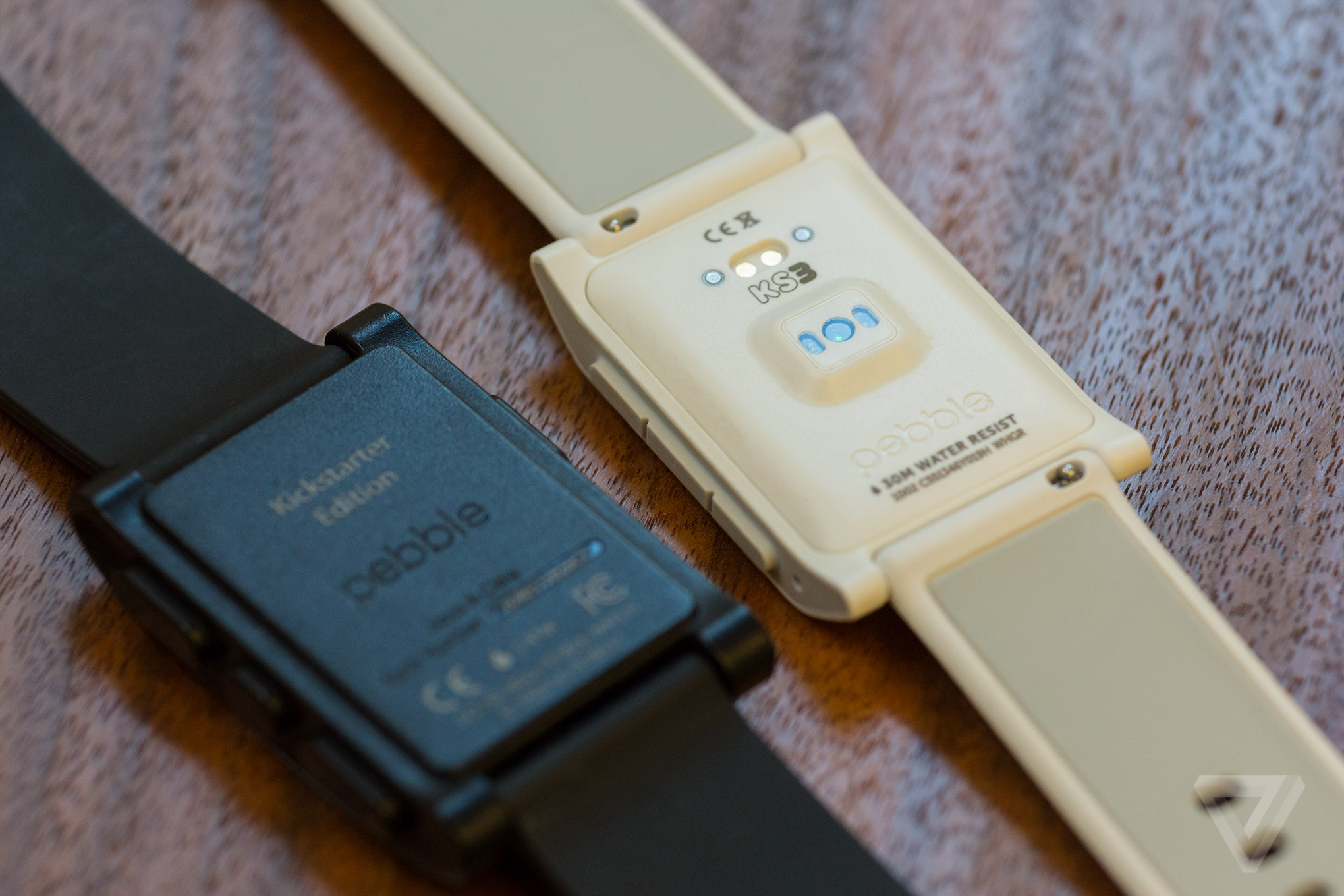 The new Pebble 2, which went on sale earlier this month, comes in two models: a $99 base model, and a $130 version that has sensors on its underside for tracking heart rate. The latter will record your heart rate continuously throughout the day and while you’re exercising.

The Pebble 2 also has a workout option, tracking runs, walks, and generic workouts; and even if you don’t use the workout function, the smartwatch will automatically know when you’ve started ramping up your activity levels.

The result is… well, it’s not a very good workout tracker. It’s good at passively tracking your movements throughout the day, but I wouldn’t say this puts Pebble in the category of fitness wearables. You can’t see much of your workout data on the watch itself, and it’s hard to find recorded exercise sessions in the Pebble mobile app. More importantly, my tests of Pebble 2’s heart rate tracking showed dismal results.

But as crazy as it sounds, if you love the earlier Pebble watches, you might still like the Pebble 2. Here’s why. 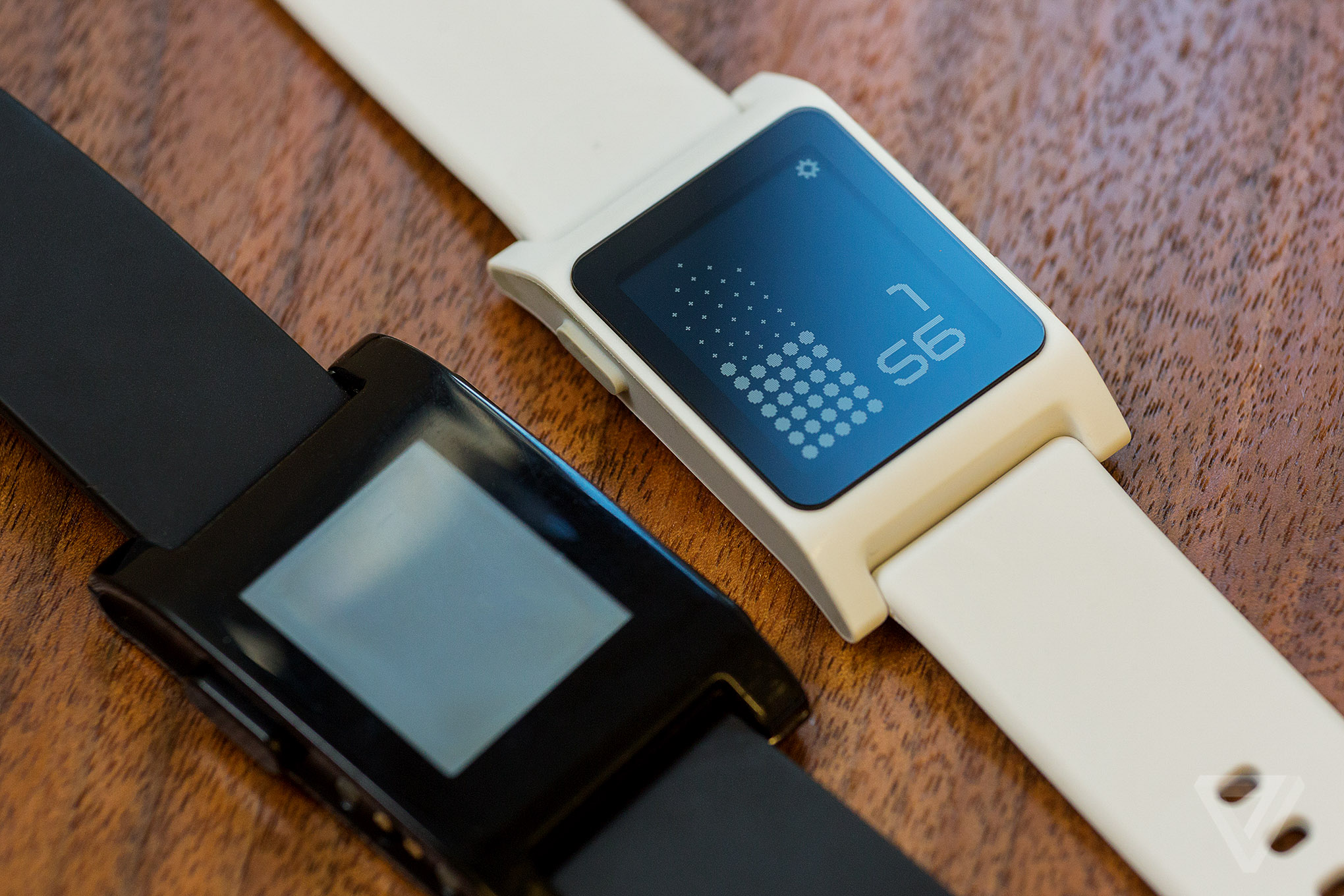 The Pebble 2 looks just different enough from the original Pebble to justify an upgrade. It’s a polycarbonate watch with a 1.26-inch, black-and-white e-paper display with a Gorilla Glass lens. The display isn’t touch-sensitive; Pebble has always designed its watches with physical buttons, and this one is no exception.

sleeker than the original pebble, but still angular in its design

It’s thinner than the original Pebble, and perhaps more notably, it has a smaller bezel than the first-generation watch, which makes the display seem larger even though it’s not. It’s also water-resistant up to 30 meters, and has a built-in microphone, something that is new to the entry-level line of Pebbles. This is so you can respond to text messages on your wrist with your voice, although there are some limitations with this on iOS, namely that it only works with AT&T, Verizon, and T-Mobile phones and you have to remember to register your number in the Pebble app first.

I can appreciate the hardware changes with the Pebble 2, but still prefer the design of the sleeker Pebble Time or Pebble Time Round (both of which run Pebble’s Health software, by the way, which means they do all of the same health tracking minus the heart rate sensors). There is something undeniably more elegant about both of those, more ready-for-dinner than the Pebble 2, which I found myself taking off sometimes just because I didn’t like its angular looks. Also, the one-size-fits-all strap that comes with the Pebble 2 was too big for me.

But if you flip the more expensive Pebble 2 over you’ll notice another hardware addition: optical heart rate sensors. These flashing green lights aren’t new to anyone who has worn a Fitbit Charge HR or Apple Watch or Moto 360 watch before, but they’re new to Pebble, and they’re part of a larger effort around health tracking. 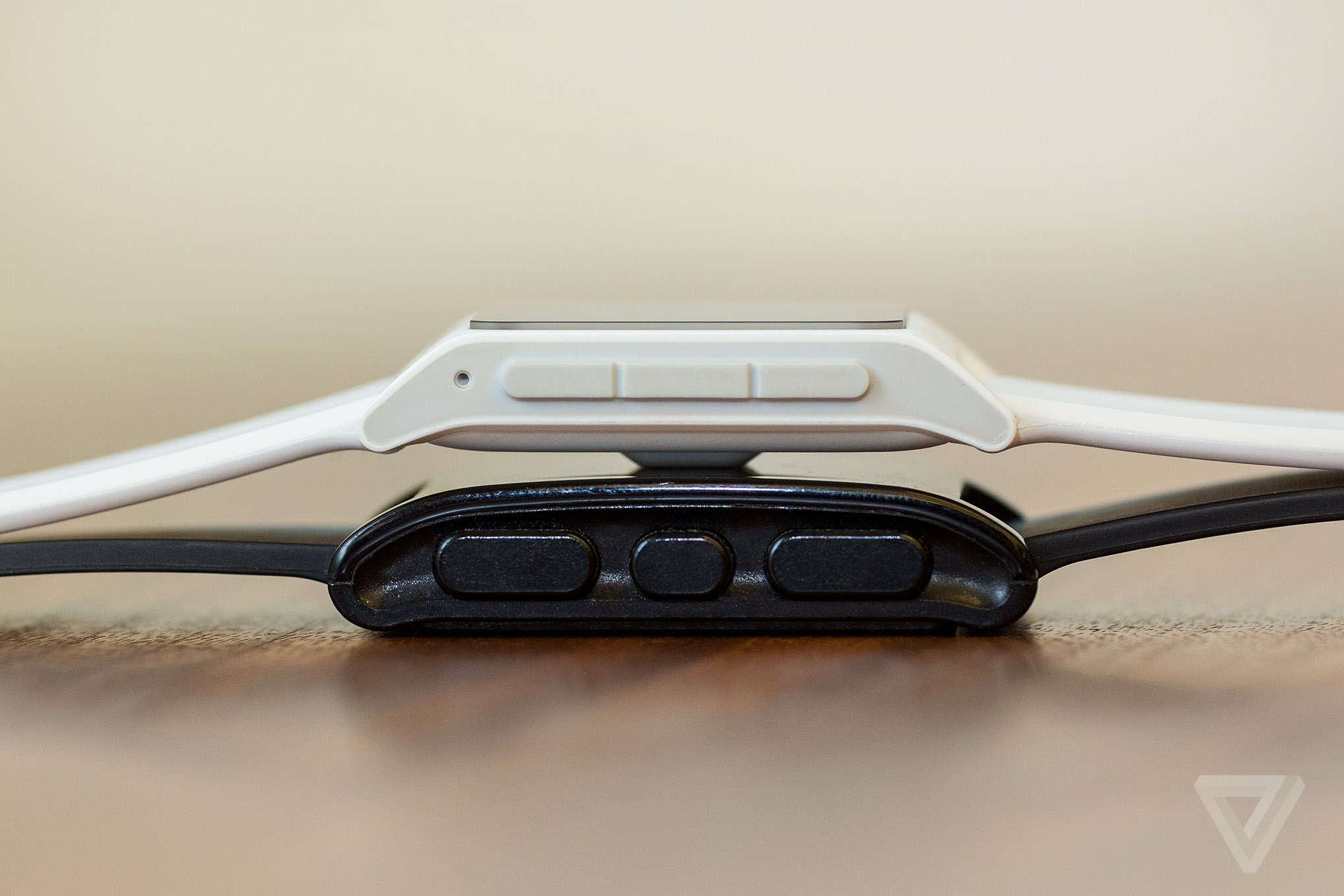 Pebble’s efforts started with the rollout of a Health app late last year. The company’s approach is a little different from that of other tech companies making health-tracking wearables. Pebble veered away from the "10,000 steps" metric that many others use as a kind of baseline goal; the watch shows wearers a variable step count instead. Pebble also based its activity-tracking software on an algorithm that was developed by a Stanford University PhD candidate in neuroscience. The idea, Pebble explained, is that this algorithm will eventually become public as it’s used in ongoing health research and published in white papers, unlike the proprietary (and very private) algorithms used by most other wearable makers.

And the reason why your daily step goals are constantly changing, rather than striving for "10K" every day, is because Pebble wants people to use their own personal bests as guideposts rather than an arbitrary number. Just now, I received a notification that my steps today were 11 percent below my normal Monday number of 8,031 steps. Thursdays tend to be pretty good for me; Sundays, not so much. Pebble takes the same approach with sleep-tracking, if you trust wrist wearables to record your sleep.

Pebble now does automatic exercise tracking, too. Even if you don’t use the Workout option on the Pebble 2 (accessible from the middle button on the side of the watch), the watch will still give you a digital thumbs-up for getting off your butt.

This has been my favorite feature of Pebble’s relatively new health features. Whether I went for a hike, walked to dinner, or hustled across town for a meeting, the Pebble 2 watch would show me notifications like, "Enjoying the great outdoors? You just walked for 26 minutes!" when I was done. This kind of passive tracking is something that a lot of wearables are doing now, but few achieve the right balance between ignorable and annoying. Pebble strikes that balance. 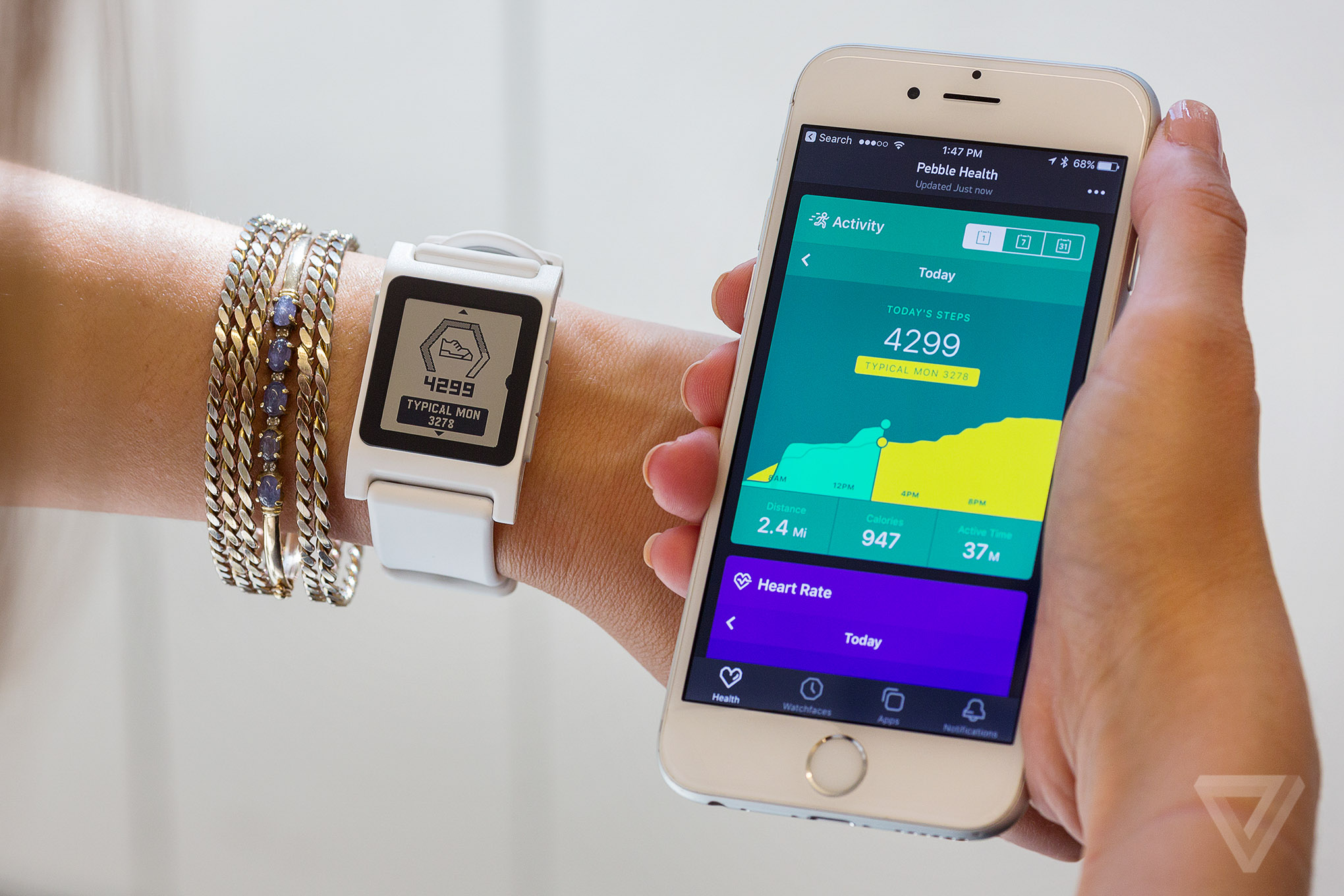 But the heart rate tracking on the Pebble 2 was inconsistent with the readings I got from a Polar chest strap during workouts, which consisted almost entirely of indoor cycling sessions.

When the chest strap reading was 156 beats per minute, the Pebble read 121bpm. When it was 153bpm, Pebble said my heart rate was 136bpm. And so on. I asked Pebble about these discrepancies, and a spokesperson said it should work great during high-intensity workouts, including cycling. The company also suggested, as many do, that movement of the watch on my wrist could impact the readings, but the Pebble was pretty snug on my wrist and I wasn’t pumping my arms on the bike the way I might while running.

Even when I wasn’t working out, I observed some bizarre readings, like a heart rate of 195 beats per minute when I was asleep at 3AM last Sunday. I wasn’t awake then, as far as I know; I only saw this later on in the Health section of Pebble’s mobile app. It’s possible that my hardware was defective, but I haven’t had the chance to try yet another loaner watch yet. 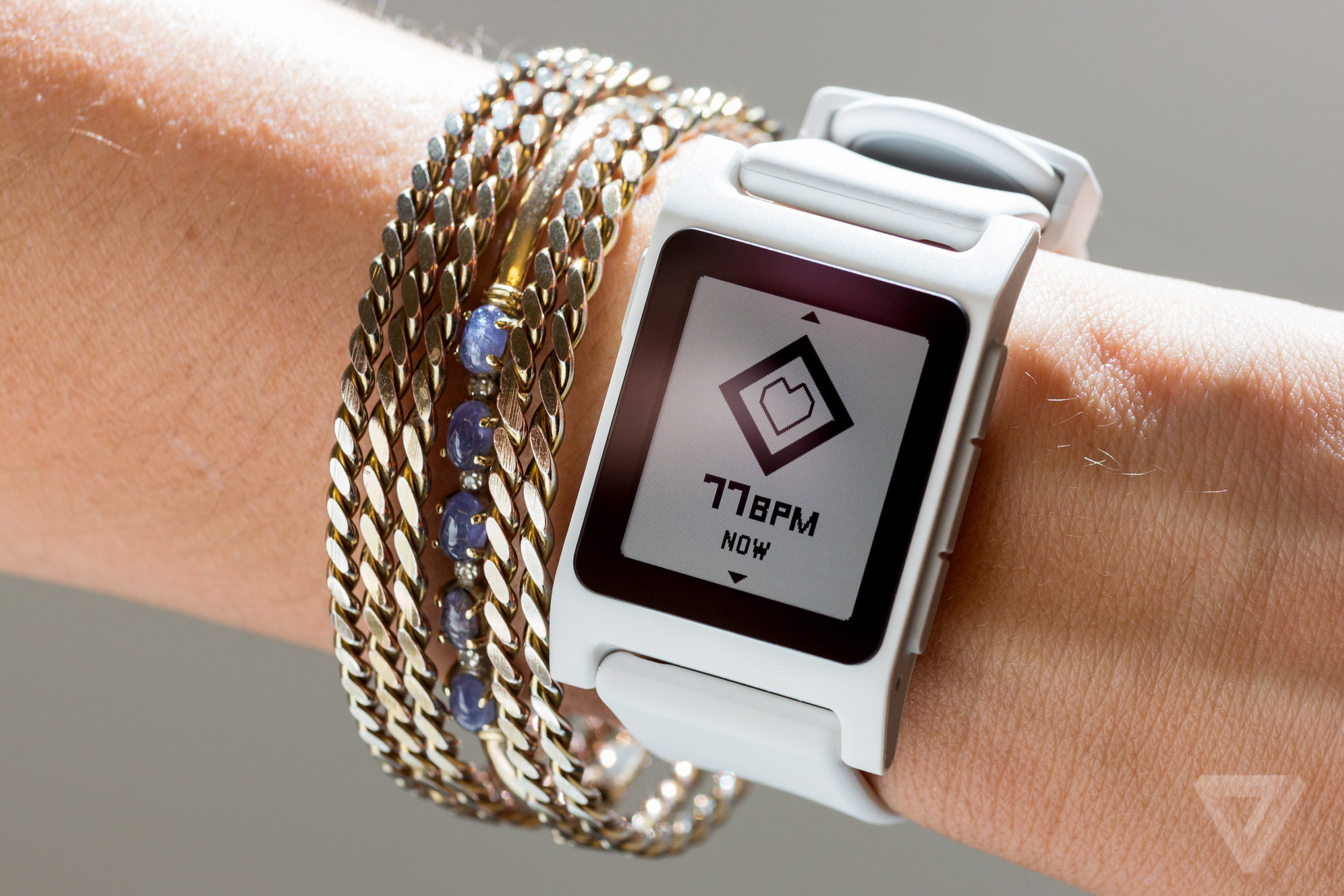 Aside from Pebble's health features, the smartwatch’s software is mostly the same as it has been on Pebble for awhile. There’s a Timeline feature that gives you quick access to your day’s events just by pressing on the bottom button on the right-hand side of the watch. There’s a Quick Launch option that lets you program the physical buttons as shortcuts to your favorite apps.

And the Pebble 2’s battery life lasted somewhere between five and six days on a single charge, so it’s consistent with previous Pebbles.

If you disregard the heart rate tracking — and that’s something I would very rarely suggest doing when it’s a key feature of a new product — the Pebble 2 is actually a good little smartwatch. It’s improved over the first Pebble: it’s thinner, with a much smaller bezel and an added microphone. Its battery life is still longer than most smartwatches. It reliably showed me notifications from my smartphone. And it’s far less expensive than an Apple Watch or similarly equipped Android Wear watch.

I still can’t get behind Pebble’s design choices, nor do I trust the heart rate tracking. And I can’t help but think that if Pebble is going to grow up, its aesthetics and functionality are going to have to evolve along with it. But that’s like saying that indie band with a cult following should grow up and go mainstream. The point is, Pebble’s most ardent fans don’t really want that.