Facebook’s war on Snapchat is entering a new stage of hostilities. Starting today, Facebook will expand testing of a new camera in its main app that relies on the very same video and photo filters users of Snapchat enjoy. This includes masks that map to your face and full-frame effects that overlay over the scene. It will also let you either post that content or send it as a direct message to any number of people on your friends list. And in one more Snapchat-like flourish, this photo or video will only remain visible so long as you and your friend talk about it. If you fail to start a conversation in the first 24 hours after it’s sent, the content will disappear.

To try and get as many people to use this as possible, Facebook plans to place the camera icon in the upper lefthand corner of the main app, as well as letting you access it by swiping right on the main screen. While only a test, and one restricted to Ireland for now, this new camera marks Facebook’s most brazen attempt yet to strike at the heart of Snapchat’s user base. Never before has Facebook adopted features like this and placed them so prominently in its main app, which is used by more than 1.4 billion people every month. In making a near carbon-copy of Snapchat and bolting it onto Facebook’s primary software, the company is hoping to forestall — or perhaps even kill for good — the existential threat Snapchat poses.

Facebook first began experimenting with a new camera for its main app during the Summer Olympics in Brazil. This let you open up Facebook’s camera and make use of a now-familiar augmented reality filter to paint a country’s flag on your cheeks, as if you gave yourself a temporary tattoo. Facebook is relying on technology from startup MSQRD, which it purchased back in March, to perform these feats of facial recognition and live effects. 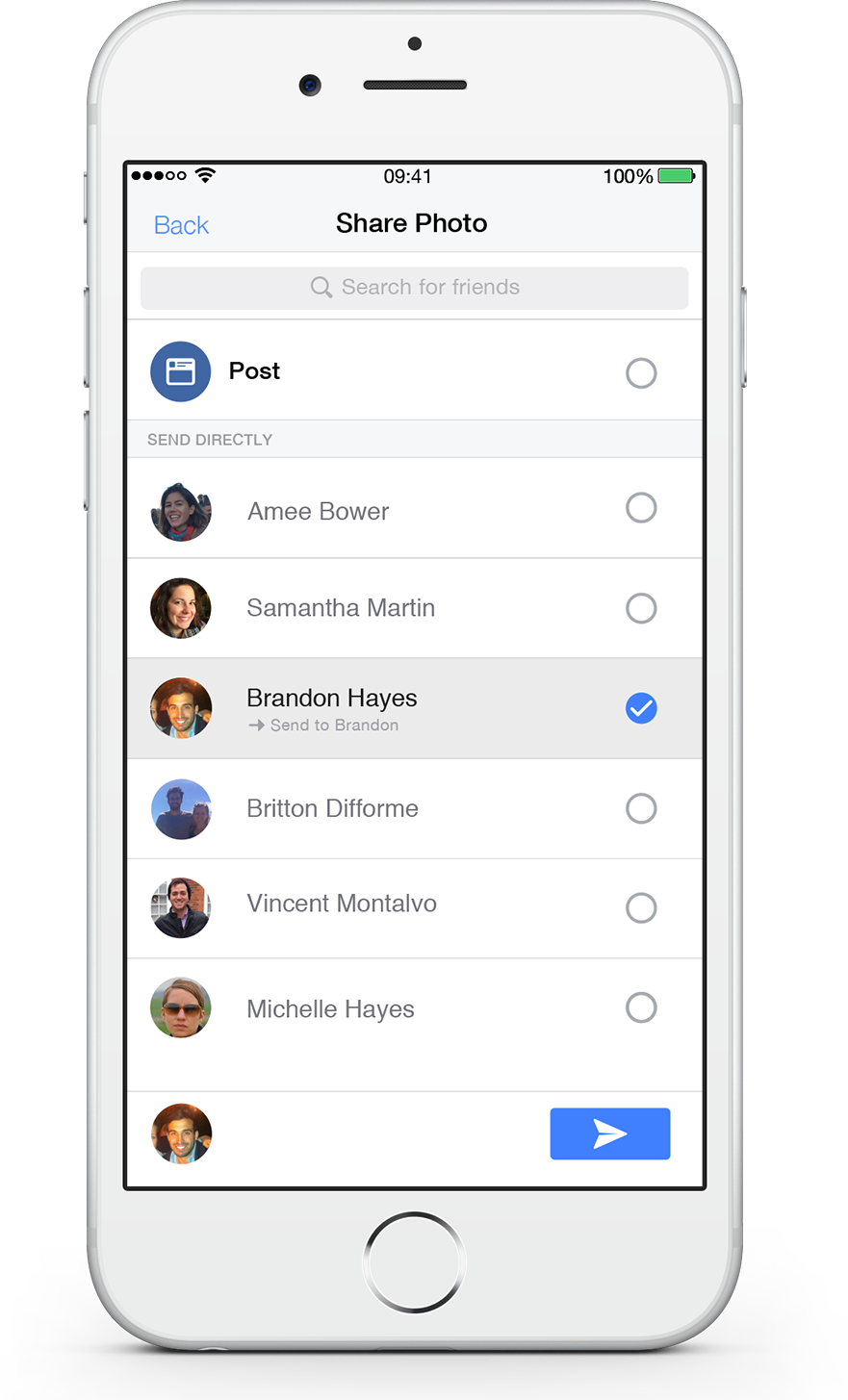 Since that acquisition, Facebook has begun deploying all manner of tests and incremental product rollouts to make use of MSQRD’s tech. Beyond the Brazil test, Facebook CEO Mark Zuckerberg showed off a new feature earlier his week to be incorporated into the updated camera that will apply real-time artistic filters to an in-progress photo or video, not unlike those of the breakout mobile app Prisma. Today, Facebook launched Halloween-themed filter masks for its live video platform.

This is all part of Facebook’s plan to get users to share more original content, and to do so in increasingly personal and direct ways. The company has found that, over the past year, the sharing of status updates, photos, and videos has dropped, while sharing of news articles and other outside links has increased. This has the effect of turning Facebook into a place flush with information and opinions, but desperately lacking in the kinds of photos and videos that keep users engaged with each other and drive ad revenue. It's precisely why Facebook has developed features designed to help you remember the past, like the "On This Day" prompt, and developed new ways to turn your recent camera roll shots into shareable slideshows.

Snapchat, on the other hand, has more and more users opening its app and sharing every day. Recently, the company has touted figures like 10 billion daily video views and more daily active users than Twitter. Last month, Snapchat announced a new set of camera-equipped eyeglasses, a kind of low-key Google Glass costing less than one tenth the price, that will only facilitate more sharing on a platform that is not Facebook’s.

Facebook failed to buy Snapchat, and now it wants to destroy it

Because Zuckerberg failed to seal a deal to purchase Snapchat from its co-founder Evan Spiegel three years ago, Facebook’s only choice since has been to try and deprive its competitor of oxygen. Instagram now has a feed for less-polished, temporary photos it calls Stories, which it took from Snapchat. Facebook’s main app will soon have a place for these kinds of personal, raw images and videos as well. Facebook has also tried any number of other standalone apps, some of which it has sheepishly shuttered, to try and replicate the success of its fast-growing rival.

The real question is whether any of this activity can stop Snapchat from capturing more of the attention of younger audiences. But if Facebook ultimately loses this battle — and Snapchat continues to balloon in size — it certainly won’t be for lack of trying.