Not quite the ultimate power user phone

LG’s V20 is an Android phone I’d recommend to people who insist on having one of the device’s four cornerstone features: a replaceable battery, elaborate manual video camera controls, excellent audio recording capabilities, or a hi-fi headphone listening experience. If you don’t need anything from that list in your next smartphone — and a lot of people don't — you’re better off buying a Google Pixel XL or iPhone 7 Plus.

For upwards of $800 depending on where you buy it, the V20 is priced to compete with the very best phones on the market right now. But it just doesn’t. To be clear, it’s fairly good at what LG designed it to excel at. It’s a gadget for Android nerds and checks all the boxes on high-end specs, build quality, display (yes, there’s still a tiny second screen on the front), and performance. It ditches the modularity gimmick that quickly fizzled out with the G5, and the design is a little classier and safer than the rubber-clad V10 from last year. But it’s also a very big phone — too big, honestly — with ugly software, no water resistance, and a lack of the cohesion that makes Apple and Google smartphones feel so excellent. 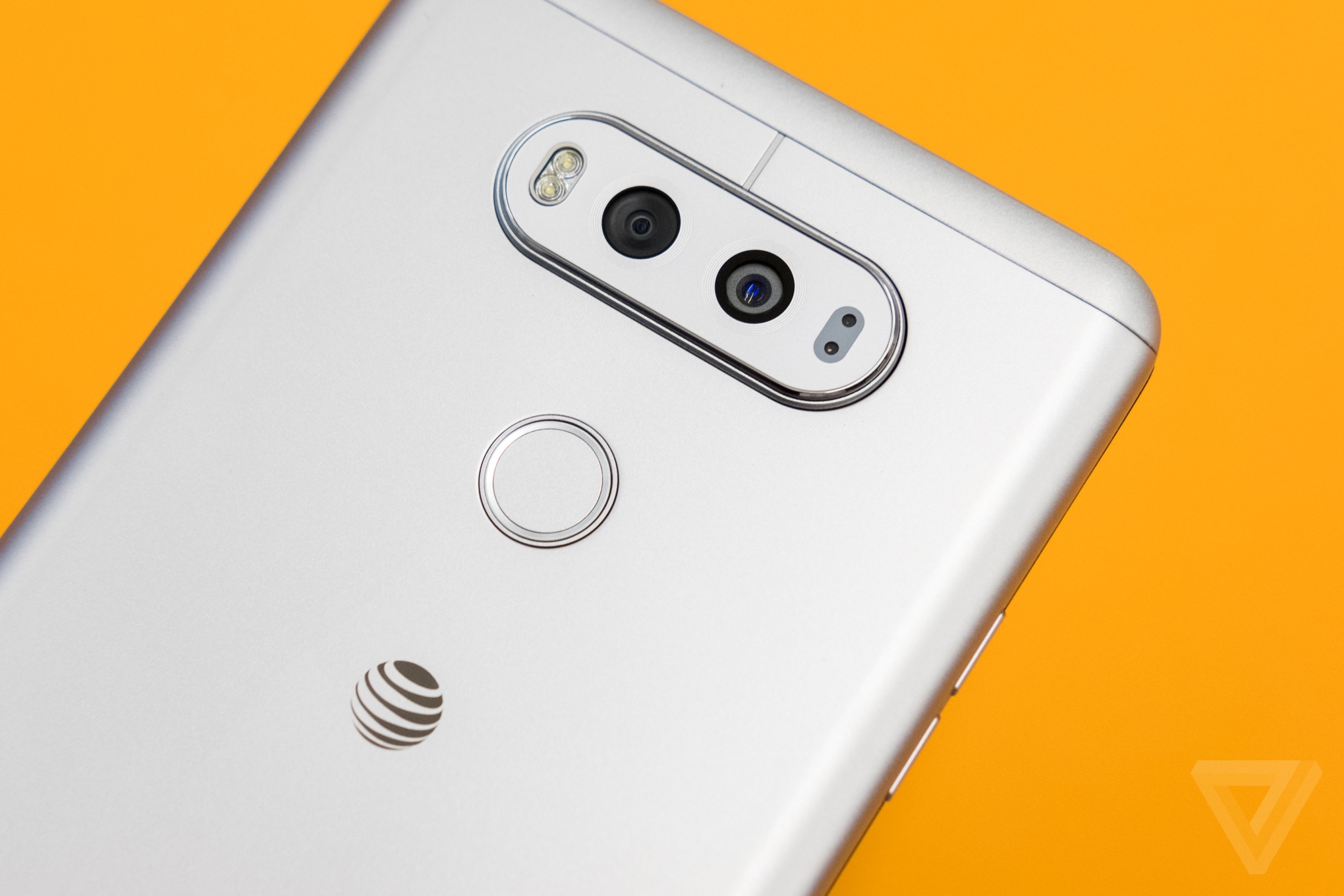 The V20’s design is a big departure and do-over from the rubberized back and steel rails of the V10. That phone looked pretty unique, but LG plays it way safer this time. Up front is a 5.7-inch QHD LCD display, with the second screen above it at the upper right. The screen is LCD, so it’s not as punchy or saturated as the Pixel or Galaxy S7 Edge. And that’s fine, since some people dislike the exaggerated colors produced by OLED displays. But LG’s LCD isn’t as impressive or well-calibrated as the iPhone 7, and it also lacks the expanded color range that gives that phone added vibrancy. It’s fine, but feels a little average for the V20’s high cost.

My main problem with the V20’s design is the device’s sheer size. I’ve found myself doing hand gymnastics and adjusting my grip with this phone more than any other in recent memory — and I’ve got enormous hands. 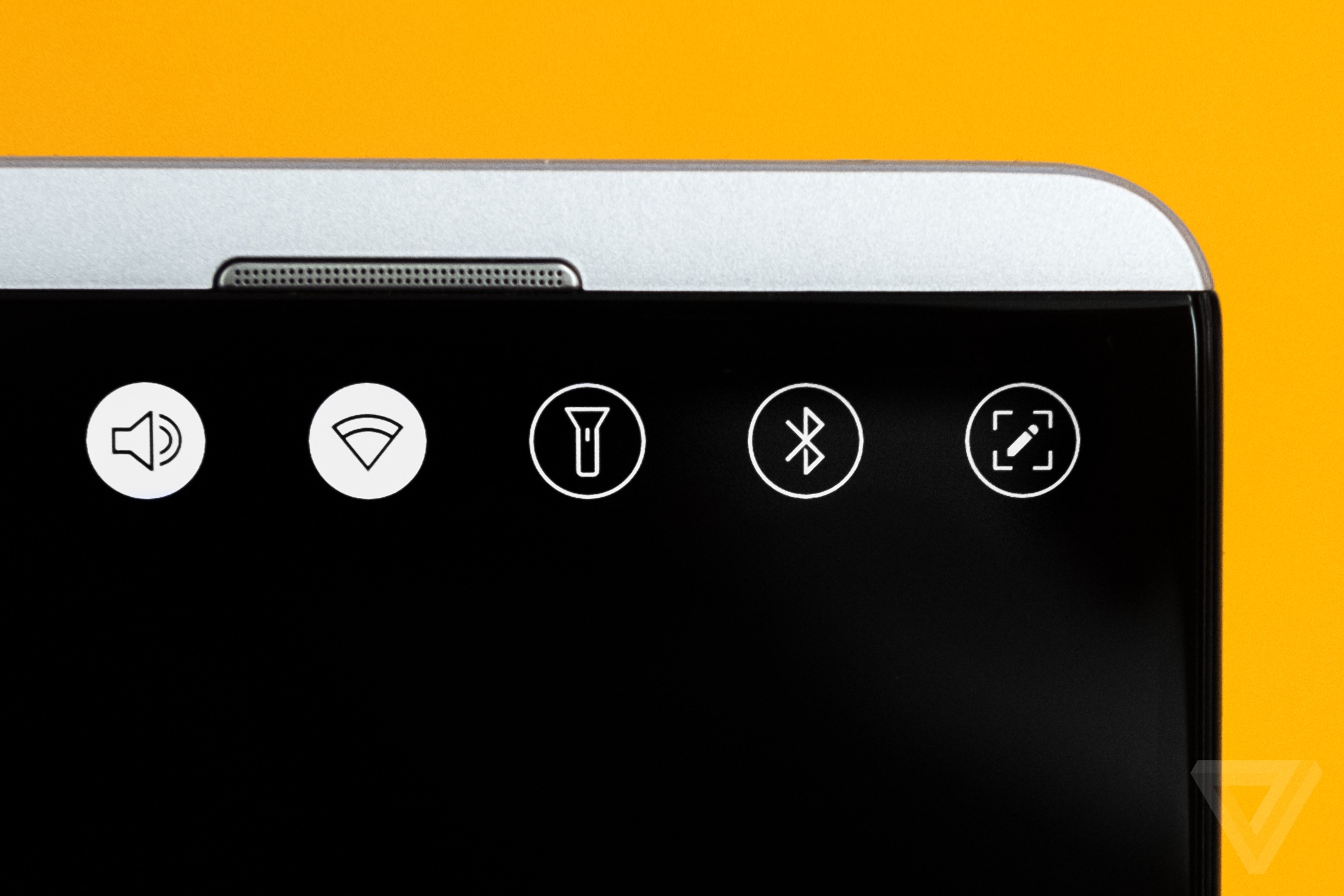 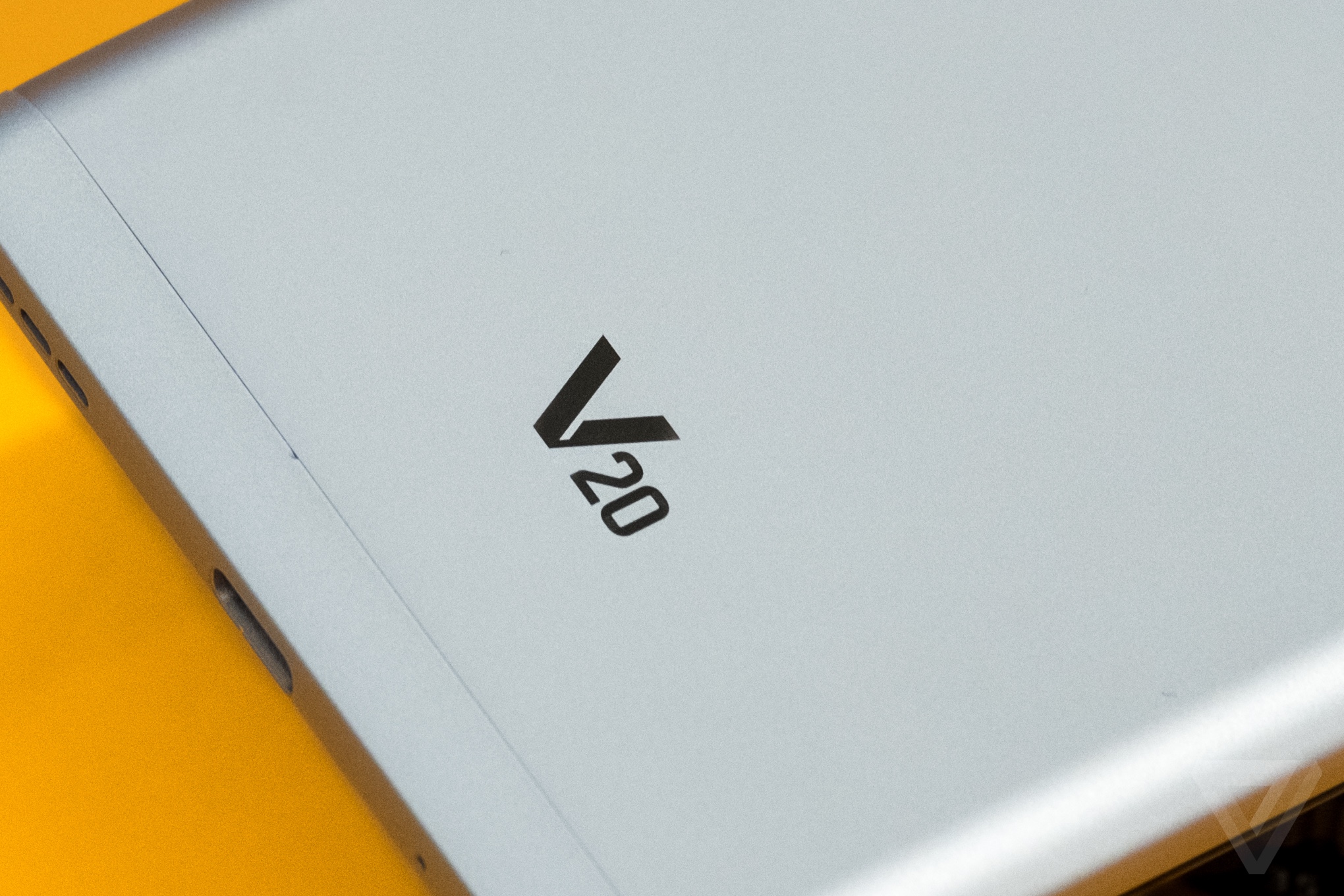 It’s slightly taller (6.28 inches) and equally as wide (3.07 inches) as the iPhone 7 Plus, which is already oversized compared to the competition. It’s lighter than the iPhone, though, probably thanks to the plastic materials used at the top and bottom of the phone. The removable rear battery door is aluminum, with cutouts for a fingerprint sensor and dual-camera setup at the top. LG chose this mixed design to preserve the impressive drop endurance of the V10 and its MIL-STD-810G rating. But the result is a phone that doesn’t feel quite as sleek as other flagships or even something like the OnePlus 3. It's also not water resistant — likely because of that swappable battery. You can feel the seams that separate the various pieces of the V20, and again, it’s a chore to use one-handed — even with software features that can shrink down whatever you’ve got on-screen.

The fingerprint sensor is actually a button since it also doubles as the V20’s power button. Instead of pushing down, you can just rest your finger on it to unlock the phone, which I prefer since the button’s clickiness is pretty unsatisfying and a bit cheap. There’s no raise-to-wake for activating the display, but double-tapping it is a quick way to turn it on and off again. At the bottom is a headphone jack, speaker, and USB-C port, with volume toggles on the phone’s left side and a button on the right that releases the back shell if you want to swap batteries or add a microSD card (up to 2TB).

No one hand can comfortably hold all that power

The 2.1-inch secondary screen is brighter than last year’s. It’s where your notifications will pop up, and you can also swipe between various screens: favorite apps (up to 5), quick tools (Wi-Fi, Bluetooth, flashlight, etc.), and media controls. The other two functions, signature (literally just a line of text) and recent apps, I find to be completely gimmicky. It’s just easier to use the app switcher for multitasking. You can turn off whatever second screen features you don’t find useful or just disable the whole thing to stick with the primary display. I left it on and put everyday utilities like 1Password and Authy up there, but the second screen remains in a position that’s completely out of reach in most cases, so I rarely found myself tapping it. By default it stays on when the bigger screen is off, putting the time, date, and battery status a quick glance away. 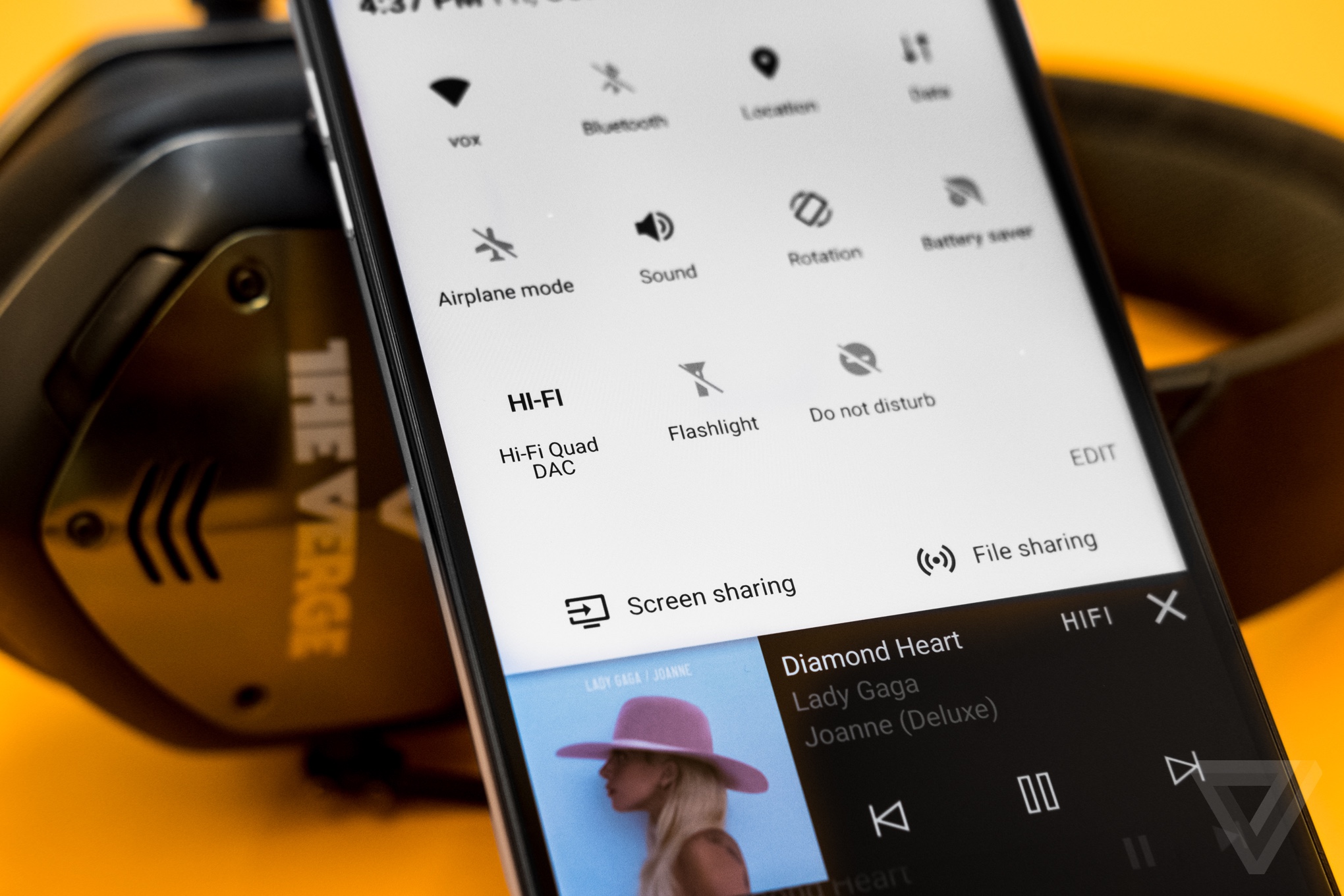 If the outside is a little bland, LG at least put flagship hardware inside the V20. It’s got a Snapdragon 820 processor, 4GB of RAM, and either 32GB or 64GB of built-in storage. LG has made a big deal about the Quad DAC system built into the V20 that’s meant to produce incredible headphone listening for audiophiles or anyone with a high-quality music library. Frankly, I didn’t notice much difference between this and Apple Lossless files played back on my iPhone. I’m sure it makes a very real difference if you’re plugging in headphones that smartphones normally struggle to drive. But the V-Moda M100s I’ve got don’t face that problem, and if you’re using Bluetooth headphones, the DAC setup won’t add anything extra; it’s only for wired connections.

One thing I do love about the V20 is its array of three high AOP microphones. LG designed the system to record anything from voice memos or quiet guitar practice in your bedroom to a live rock concert without any audio distortion or clipping. And it works great. The V20’s HD Audio Recorder app handles these special recordings, and you’re able to capture at lossless, hi-res 24-bit audio quality. This microphone setup is super cool; when you’re listening back, it’s very immersive — almost like 3D audio.

The rear camera carries over the same two-lens approach we saw in the G5 earlier this year. The first is a standard angle, 16-megapixel camera with an aperture of f/1.8 (meaning this is the one to use in low light), and the other is a very wide angle 8-megapixel shooter with f/2.4 aperture and a smaller (1/4-inch) image sensor. You get a really cool 135-degree field of view with the wide angle lens, which lets the V20 capture shots that other phones simply can’t pull off. That’s a fantastic thing to have when traveling, for example, but gaining that unique perspective means settling for a drop in image quality. Even with the regular lens, I’d rate the V20’s photo output as good, but not at all great. Optical image stabilization helps in low light, HDR shots look good, and white balance is spot on. But colors can be oversaturated, and noise reduction is way too aggressive in some environments, giving images a weird Prisma-like oil painting effect that I’ve encountered on previous LG phones. You can eliminate that issue by shooting in RAW, but other devices like the Galaxy S7, Pixel, iPhone 7, and HTC 10 produce better out-of-camera shots without requiring expert settings.

For those who do like to take total control, LG’s camera app offers robust manual options. A standout feature from other phones is that these precise controls also extend to video; you can tell the V20 to record video (either 1080p or 4K) at a higher bitrate than normal, or even focus the microphones in a certain direction — in front of or behind the phone. It’s really fun to just mess around and play with this stuff. The V20’s video stabilization isn’t the best, but if you had a stabilizer like the DJI Osmo, I could see this being a really useful creation tool for video. You can record lossless audio alongside your video clip so that you won't lose quality when editing later. As for the 5-megapixel selfie camera shoots at a very wide angle as well, just like Samsung’s phones, though you can switch to a closer framing that basically just crops the image. One last note about the camera: there’ve been some reports about the glass that covers the rear cameras unexpectedly cracking. That hasn't happened with my review device, but LG does include a layer of protective film on the glass (with cutouts for the lenses) that's surprisingly difficult to remove. It might be worth just leaving that on if you're concerned about damage. 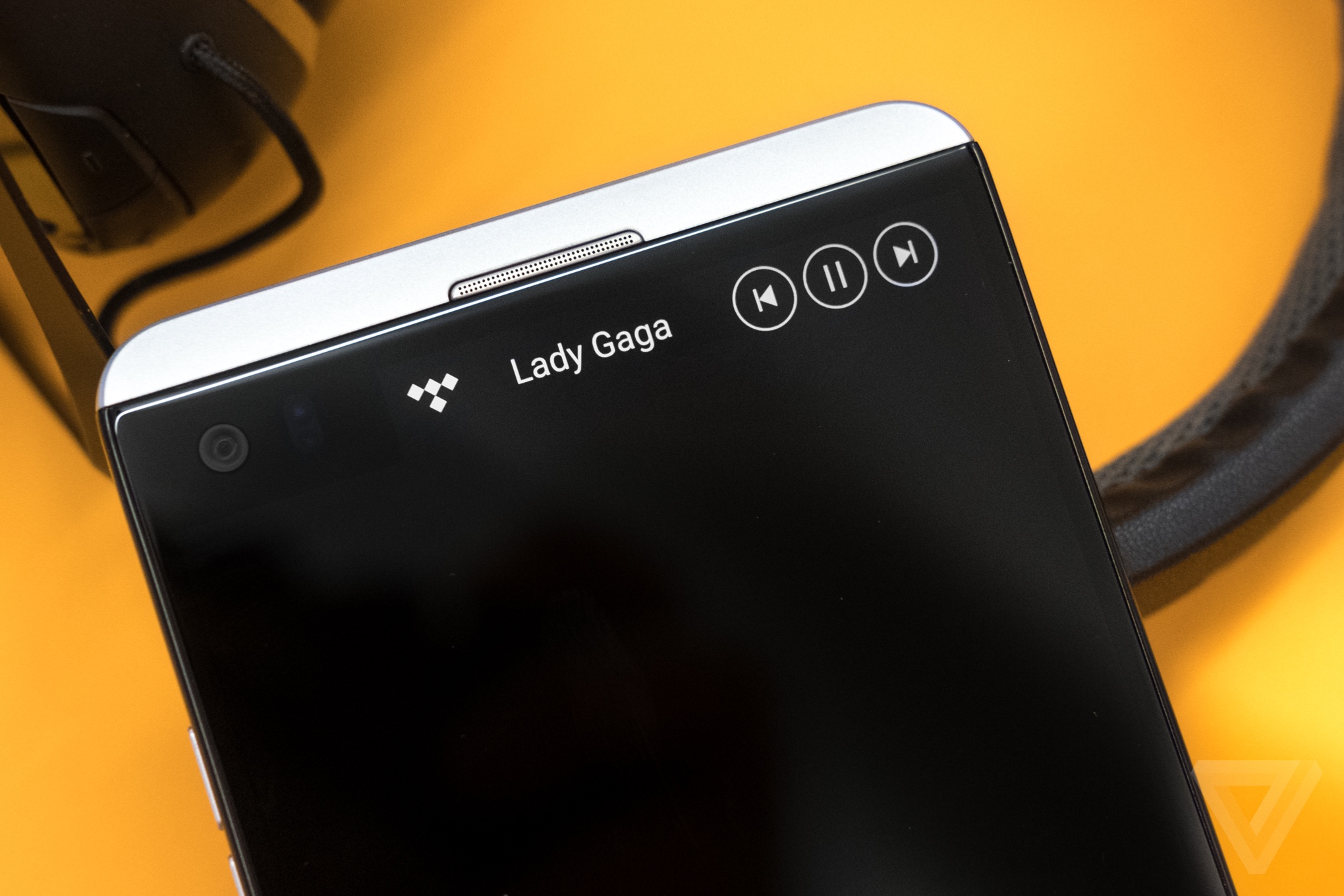 Back when LG announced the V20, the company made a big deal out of the fact that it’d be the first phone to ship with Android 7 Nougat out of the box. That’s true in most countries, but here in the US, Google’s own Pixel phones technically beat it onto store shelves with a newer version of Android. So much for that selling point. Sure, the V20 offers Nougat’s headlining features like split-screen multitasking, improved Doze battery management, new emoji, and bolstered security. But LG is making some very strange, poorly thought out decisions with its own Android customizations. The most baffling of those is the launcher, which completely throws away the traditional app drawer and requires you to find a spot (or folder) for every installed app somewhere on the home screen. You can restore the app drawer in settings, but it should be there from the start. This forced approach of trying to make Android feel more like iOS just doesn’t work, and companies like LG and Huawei need to stop doing it.

Elsewhere, LG’s interface changes are mostly inoffensive, but they result in a phone that feels less smooth than the Pixel. Worse still, the carrier bloatware situation is completely out of control on this device. There are over a dozen AT&T apps on my review unit, and apparently Sprint’s version of the V20 ships without some of LG’s own software. Verizon also strips out certain settings. The fact that this phone’s user experience can vary to such an unpredictable degree based on where you buy it is really, really unfortunate. Even the prices don’t make sense. How can Verizon sell this phone for $672 while AT&T wants $829?

The V20 is great for creating, but just okay as a phone

The V20 is able to run Android’s best apps and games without any hiccups, but it’s everywhere else that things get weird. As for battery life, it falls short of other phablets like the Pixel XL and iPhone 7 Plus, but if you’re eyeing this phone, you’ll probably have no problem carrying a spare battery in your pocket. In that case, sure, swapping batteries will get you way longer endurance than pretty much any other phone except for maybe the Moto Z Play. There's no wireless charging, but because it supports Quick Charge 3.0, the V20 refills very quickly when plugged in.

The LG V20 just doesn’t hit the mark for me. I’m a big fan of its audio recording capabilities, but after more than a week with the phone, that and the wide angle camera remain my favorite things about it — and there’s not much else. I’ve been using a Pixel XL alongside this and LG’s effort just doesn’t match up. Google's first phone reminds us of the wonderful complete package that's possible from a company with unified control over everything. The V20 can't do that, so instead it tries to appeal to power users with specialized hardware and, yes, some lingering gimmicks. I think it's possible for LG to pull that off with focus, precision, and a rethinking of software. This phone isn't that, but if those niche functions it does well fit your needs, there's not anything else quite like it. 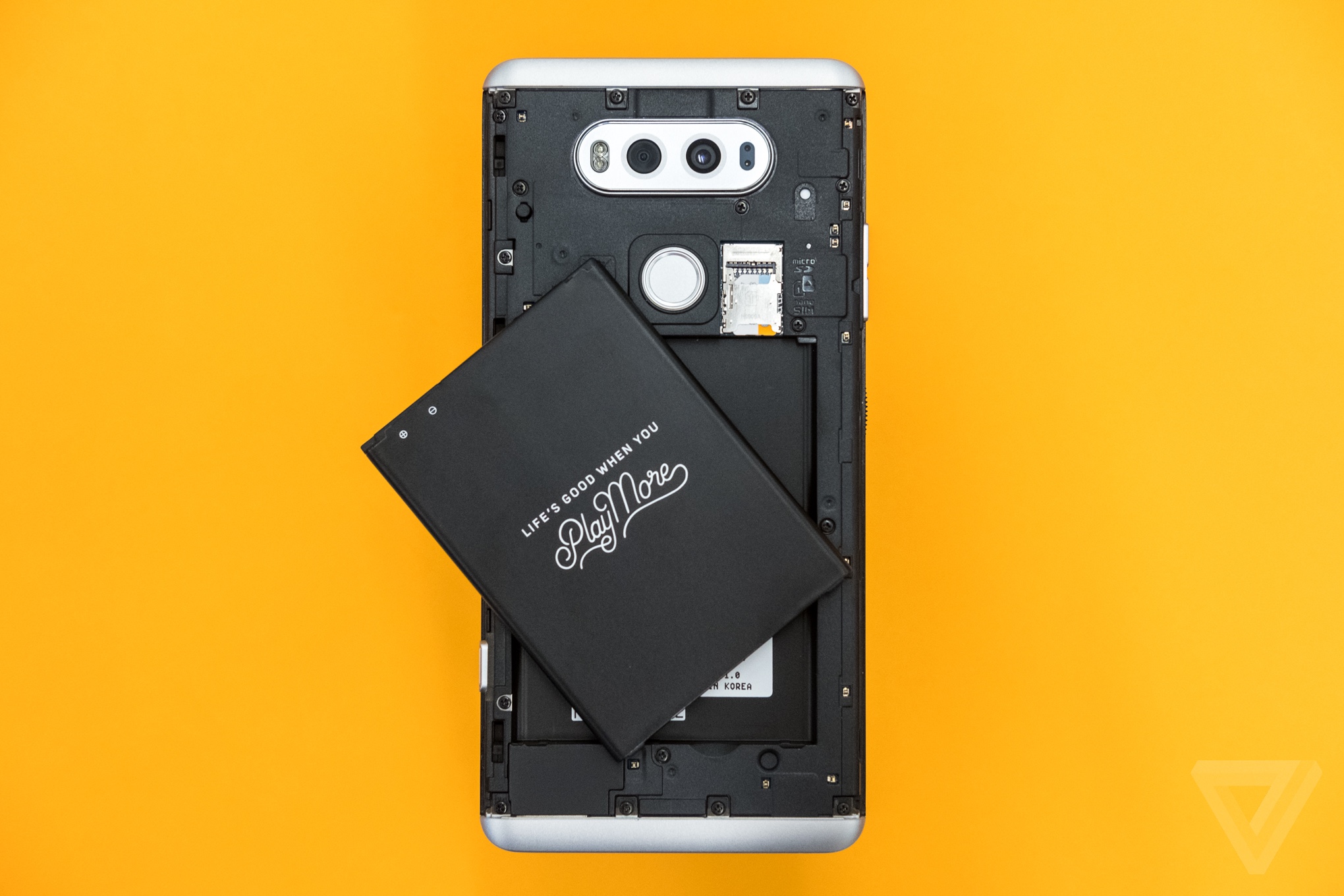 $469.99 at Amazon$749.99 at Best Buy
Most Popular
From our sponsor
Advertiser Content From