But its launch is still two years away

The telescope portion of NASA’s James Webb Telescope is finally complete — marking a major benchmark for the spacecraft that has been in development for the past 20 years. NASA Administrator Charles Bolden and other members of the James Webb mission team discussed the milestone with a group of reporters today at Goddard Space Flight Center, where the telescope has been undergoing its assembly. Now that the telescope’s optics are complete, it will undergo a series of rigorous preflight testing before its scheduled launch in 2018.

"Today we’re celebrating the fact that our telescope is finished, and we’re about to prove that it works," said John Mather, a senior project scientist on the James Webb Space Telescope.

"We’re celebrating the fact that our telescope is finished."

When it launches, James Webb will be the largest and most powerful space telescope in operation, capable of seeing deep into space and observing galaxies that formed right after the Big Bang. To do this, the telescope will observe the Universe in the infrared — a wavelength of light that is associated with the emission of heat. This light will be gathered by an array of 18 hexagonal mirrors, made out of lightweight berylium and coated with a layer of gold that’s 1,000 times thinner than the width of a human hair. The mirrors are intended to launch folded up but will unfurl over the course of two and a half weeks after the telescope gets into space.

But before that journey can begin, NASA wants to make sure the James Webb Space Telescope will be able to do its job when it’s in space. Once the mirrors were complete and fully assembled, NASA engineers conducted a "pre-test" to see how well the mirror’s optics were working. Then in the coming months the completed mirrors and optics will undergo a host of vibrational and acoustic testing, designed to mimic what the vehicle will experience during launch. After that, another test of the mirror’s optics will be done, to see if these launch conditions threw anything out of whack. 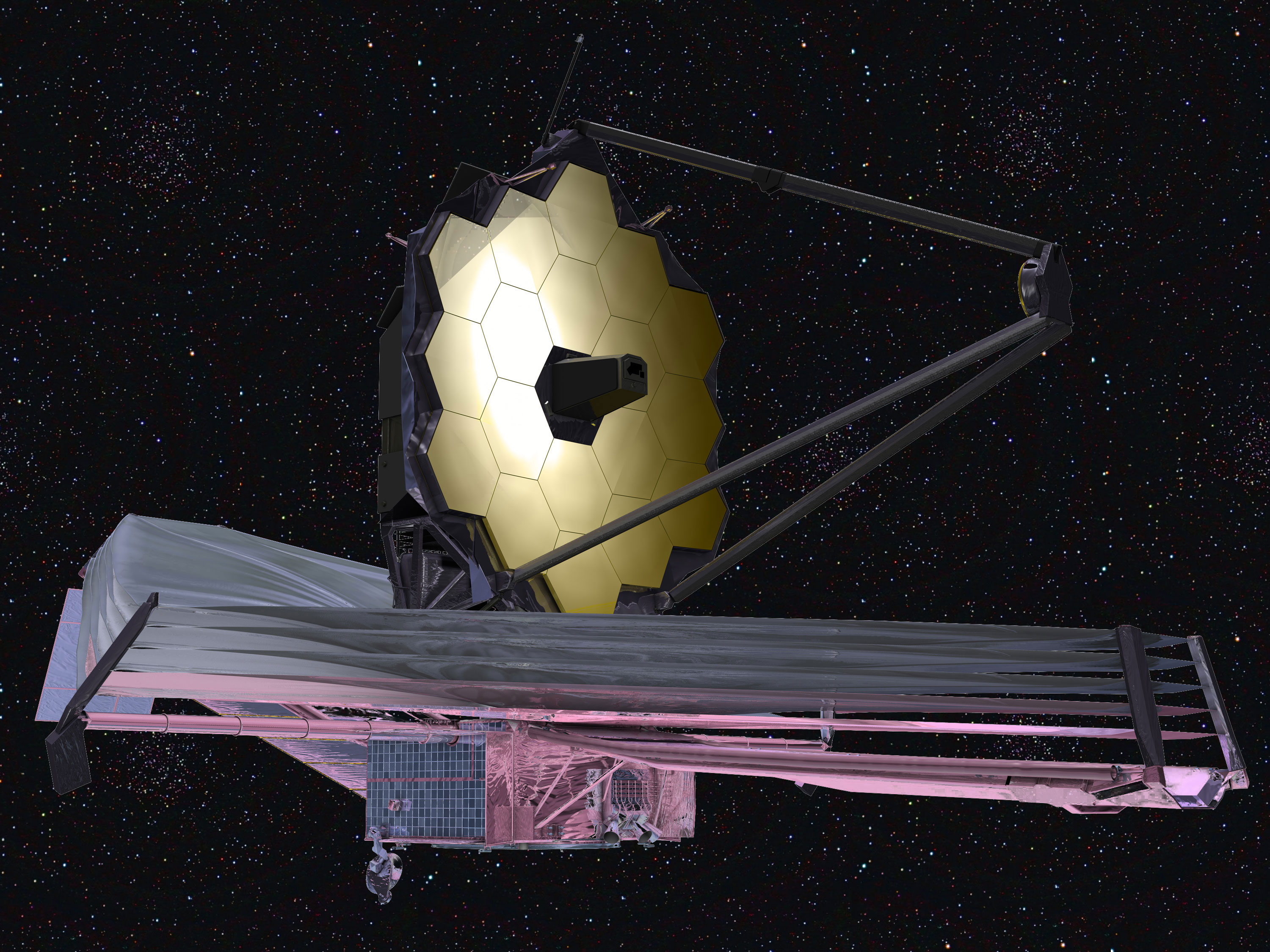 A rendering of the James Webb Space Telescope completely unfurled in space.

If the telescope passes all those tests, it will then be shipped to NASA’s Johnson Space Center in Houston to undergo cryogenic testing, to see if the vehicle can handle the super cold temperatures it will experience while in space. After that, it will be shipped to Northrop Grumman’s facilities in California, where it will be integrated with the rest of the spacecraft and its tennis-court-sized sunshield — layers of polyimide film that will keep the spacecraft cold enough to measure infrared light. And if even more testing goes well in California, the telescope will be shipped by boat to French Guiana for its launch on top of the European Ariane 5 rocket.

It’s still a long road ahead for the James Webb Space Telescope. But it’s also taken many years to get to this point. James Webb was conceived back in 1996, but over time it has encountered major delays and run grossly over budget. At one point, the telescope was meant to fly in 2014 for a cost of $5.1 billion, but the project has gone through multiple re-plans and in 2011 a review found the telescope would likely cost $8.7 billion for a launch in 2018. So for a telescope that’s taken decades to construct, the James Webb Telescope is now in the home stretch.