Never let it be said that Apple is unwilling to capitalize on a meme that's already been run several miles into the ground. It turns out that if you say "pen pineapple apple pen" to the Japanese version of Siri, you'll be totally convinced that Apple is aware of Piko-Taro's "smash" "hit" "song." Just in case you were worried otherwise!

"Nice! Let me try as well," Siri says, before dropping what amounts to an excruciating ad for newly launched mobile payment services: 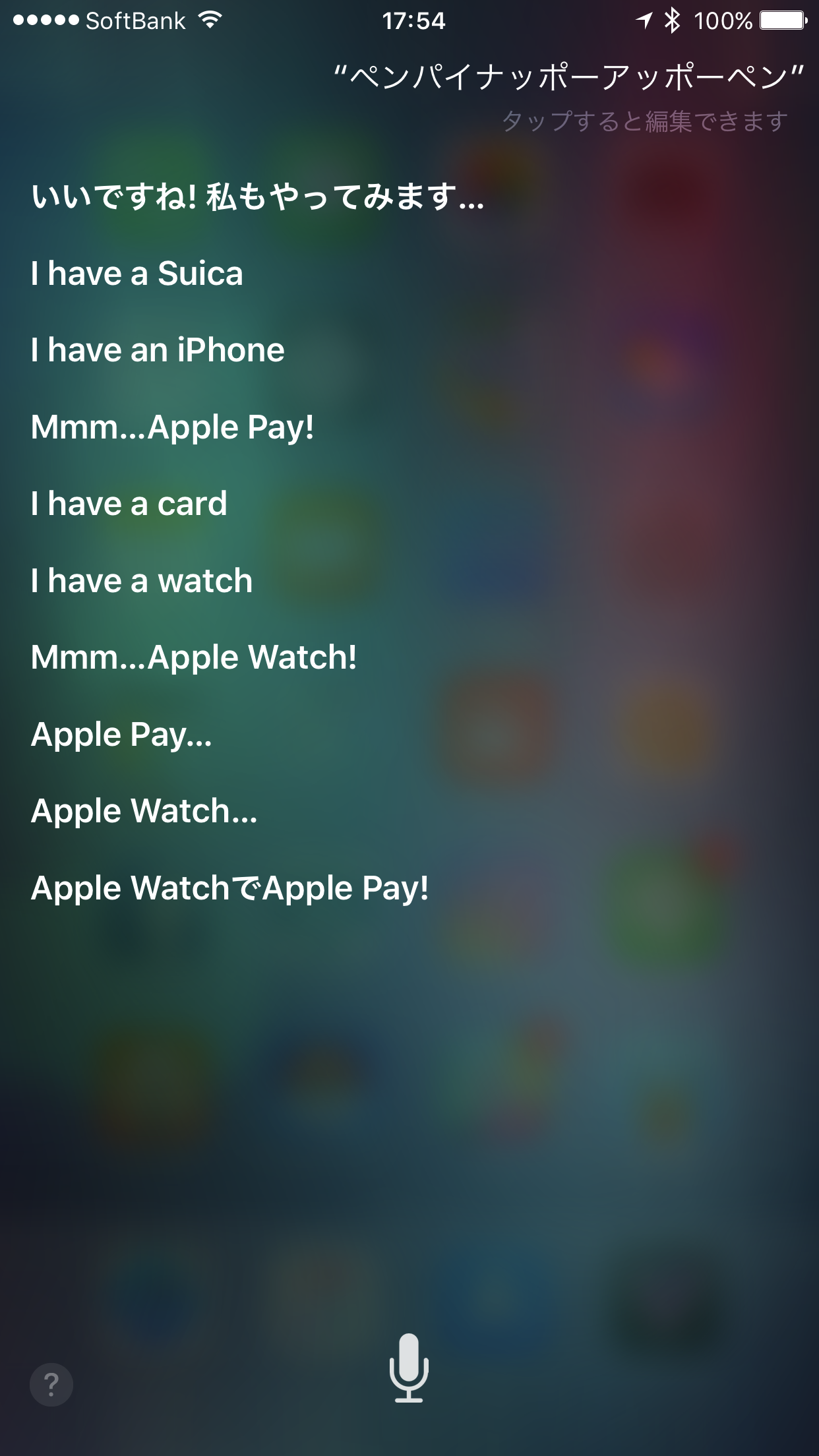 This is fine, really. Apple Pay did just launch in Japan, and it is actually kind of a big deal, so I can't blame Apple for making the most of a fortuitous situation.

I can, however, blame Apple for not coming up with a good Apple Pencil pun. I mean, really.