Availability issues aside, the NES Classic Edition is an almost ideal retro-gaming machine. It’s simple to use, boasts an impressive lineup of 30 games, and includes a satisfying replica of the NES’ original rectangular controller. But the device comes with one clear drawback: while the controller is great, its wire is far too short, making it a challenge to play in many living rooms.

Thankfully, two different third parties have come to the rescue with wireless controllers designed for Nintendo’s tiny retro console. But despite solving the same problem, the two controllers differ quite a bit. Here’s how they stack up.

The biggest knock against Nyko’s MiniBoss controller is that it simply doesn’t feel like its NES counterpart. It looks similar, sure, but when you pick it up and start to play the differences are immediately noticeable. The A and B buttons are slightly offset, for one thing, which isn’t a huge deal but takes some getting used to. Same goes for the rounded corners which are very unlike the boxy NES original, but unsurprisingly are more comfortable for prolonged sessions. 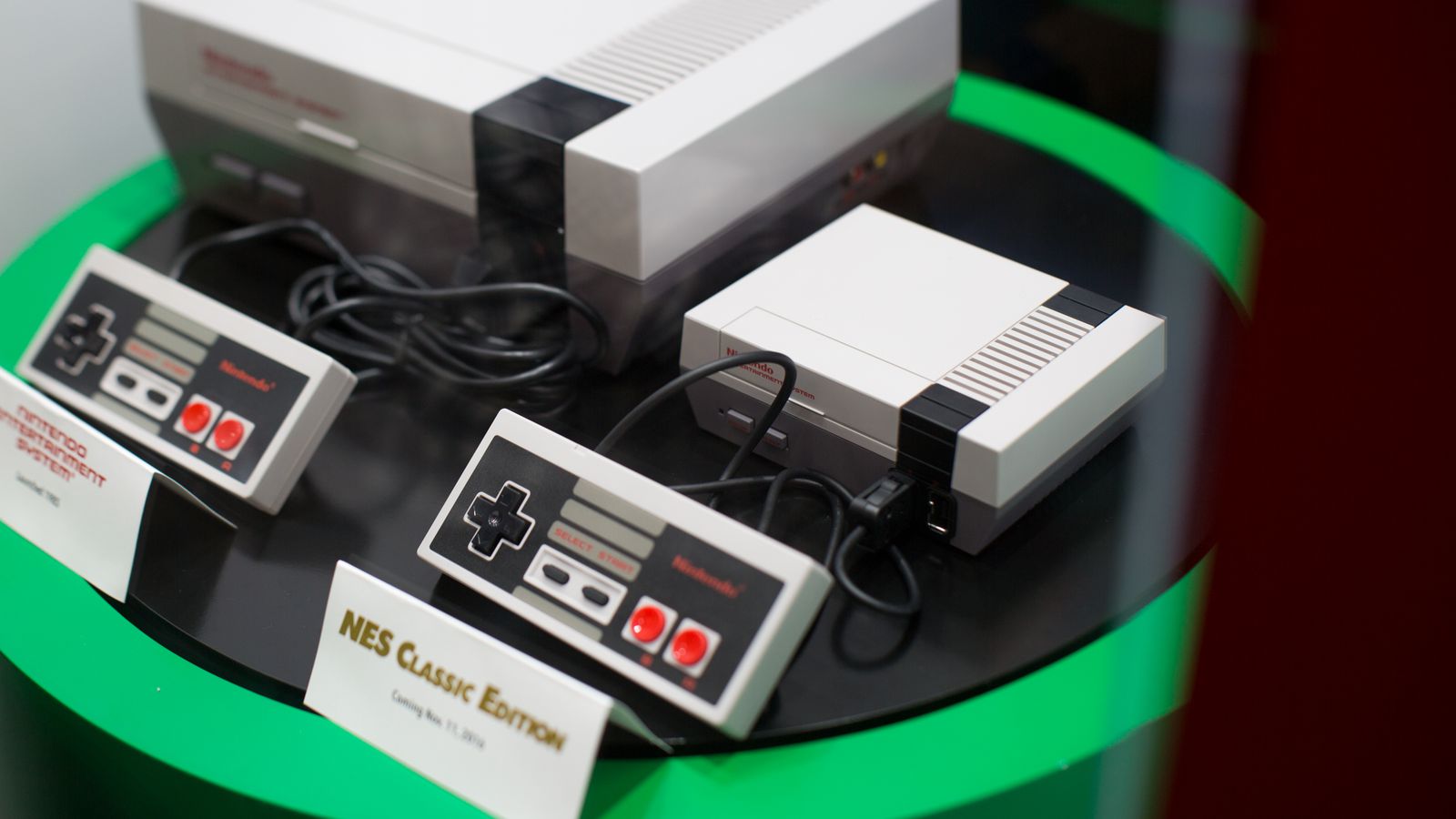 Playing old games can be hard work. If you happen to have the original hardware around, it usually doesn’t play nicely with modern televisions, and while there are newer devices that let you play...

But the biggest difference by far is the directional pad: and it’s not a change for the better. The MiniBoss’s D-pad feels sticky, for lack of a better word, and at times can even be unresponsive, requiring multiple presses to get where you need to go. I found it particularly frustrating to use in games that require quick movements, like making a fast turn in Pac-Man or navigating some of the trickier jumps in Kid Icarus. NES games tend to be very challenging, and it only gets worse when you have a controller that doesn’t always listen to you.

The controller comes bundled with a wireless adaptor that plugs into the NES, and lets you play up to 30 feet away. Curiously, it doesn’t come with a cord for charging the controller, though it uses a fairly standard Micro-B USB port, so there’s a good chance you have some laying around already.

Outside of the NES Classic, the MiniBoss also works with both the Wii and Wii U if you need another option for playing Virtual Console games. You simply plug the adaptor into the base of a Wii remote, so the setup is pretty painless. The extra power button on the controller’s face actually only works with either of those consoles, serving as a home button — sadly, it doesn’t add this functionality to the NES Classic.

At first glance, 8bitdo’s NES30 controller looks identical to the NES original, but with a few extra buttons. Instead of two face buttons, the NES30 has four, just like a SNES controller, as well as a pair of shoulder buttons on either side. Since the NES Classic plays NES games, these buttons are essentially useless for it, and it took me a few minutes to get used to the superfluous buttons. I also found it took multiple attempts to pair the controller with its wireless adaptor.

Once everything is set up, though, the NES30 feels remarkably like the original NES gamepad. The design is nearly identical, and the D-pad feels great. Once I got used to the extra buttons, I had no problems at all diving in for long sessions of Dr. Mario or Metroid. And not only does the NES30 add wireless capabilities to the micro-console, it also solves the NES Classic’s other problem, which is the lack of a proper home button. Right now, if you want to change games on the NES Classic or change the display options, you need to get up and push the reset button on the console itself. But the NES30 lets you jump back to the main menu simply by pushing the down and select buttons at the same time. It makes swapping out games much faster and easier.

The NES30 is also a fairly flexible device. In addition to the NES Classic, the Bluetooth controller is compatible with PC, Mac, Linux, iOS, and Android, if you need a retro-style controller for any of those platforms (that’s where the extra buttons come in handy). The wireless adaptor, meanwhile, is compatible with multiple types of controllers, including the Wii remote, the Dual Shock 3 and 4, and any of 8bitdo’s other Bluetooth gamepads. It’s a nice idea, but not exactly practical: when you already have a great NES-style controller for playing NES games, there aren’t many reasons to use PS4 controller to play Super Mario Bros. 3 outside of the novelty.

The NES30 is the more expensive option, but it’s easily the better choice. Not only is it a better controller, closely mimicking the NES original, but it’s also compatible with plenty of other platforms, so you can play old-school games on your phone with a proper old-school controller. It makes a great retro-gaming device even better.

A look at the NES Classic