Share All sharing options for: Lenovo to launch Chrome OS version of Yoga Book next year

Lenovo plans to release a version of the Yoga Book, its fascinating new tablet, that runs Chrome OS sometime next year. According to Laptop Mag, Lenovo VP Jeff Meredith confirmed plans for a Chrome OS variant of the tablet during an interview, saying, “We've had a lot of interest” in Chrome OS and that it could be a good product for schools and students.

There are already two versions of the Yoga Book available: one running Windows 10 and another running Android 6.0 Marshmallow. Given Lenovo’s existing flexibility on software, it makes sense that it’d be willing to try out a Chrome OS option, too. And with Google tweaking Chrome OS to better support touch, and giving it the ability to run Android apps, it would certainly fit the form factor.

Lenovo tells Laptop Mag that the Chrome OS version of the Yoga Book will still support its "Real Pen" stylus, one of the more unique features of the tablet. It allows owners to write on the tablet’s “keyboard” — actually a flat, pressure-sensitive surface — and have those drawings be digitized.

Precise timing wasn’t given for the Chrome OS version’s release. Though Laptop Mag was told that Lenovo plans to maintain three Yoga Book versions “throughout this year,” which could indicate that it’s planned for the near future and not just as another option whenever the hardware is next refreshed. 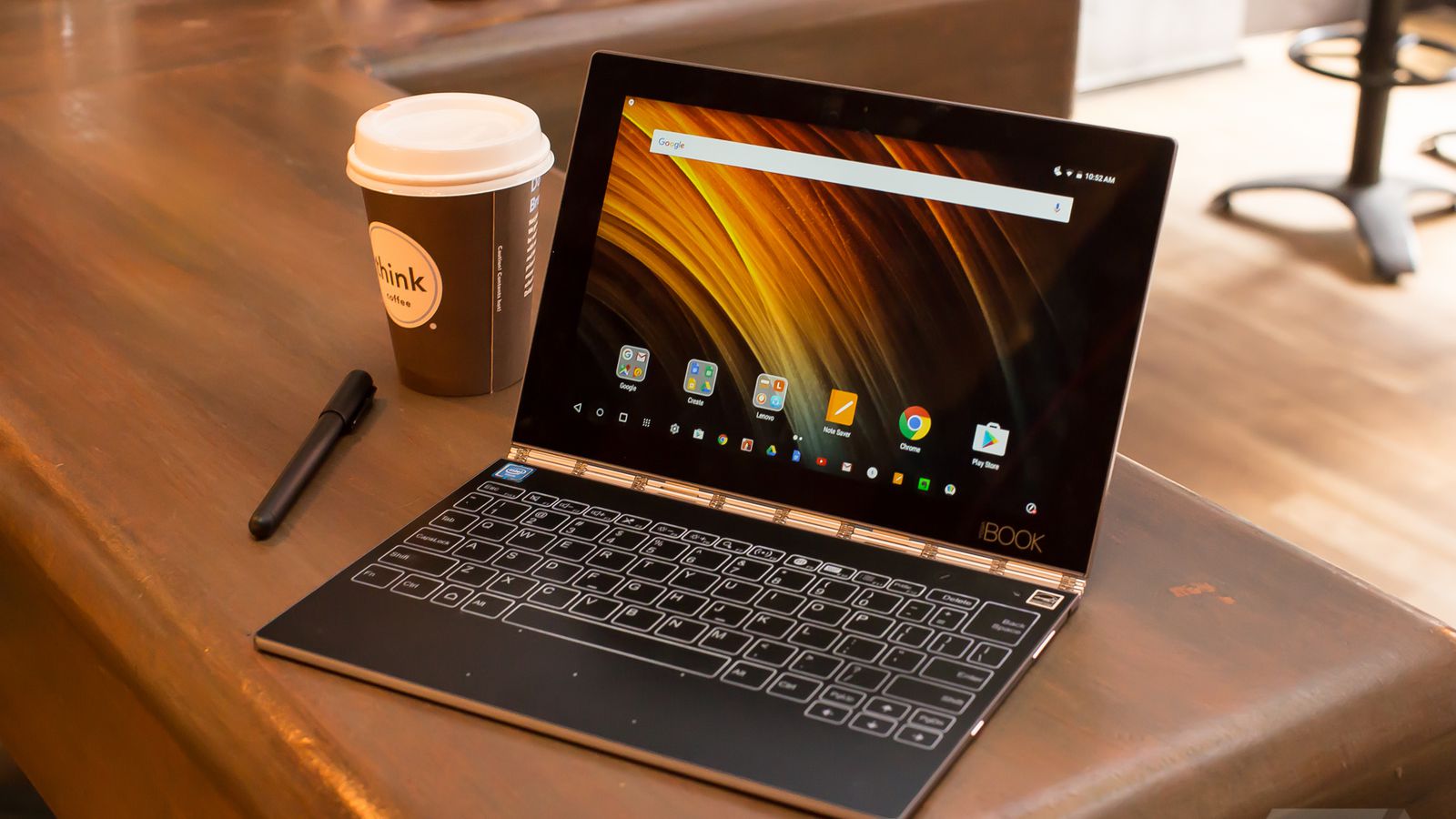 Awkward. That’s the word that comes to mind when I think of all of the 2-in-1 "convertible" laptops that have come to market in recent years, as PC makers try to adapt in a mobile-centric world and...