My favorite toy when I was a kid was a bright red Power Wheels Jeep. Even though I never left the sidewalk, the driveway, or the yard with it, that Jeep gave me my first taste of the open road. Five miles per hour felt like 100 behind that plastic wheel.

But then I turned 5. I hit a growth spurt and found myself above the recommended weight limit for the Jeep. I tried to scrunch myself into the drivers seat and ignore the fact that my size was making it almost impossible for the tiny electric motor to do anything. The joy it gave me was replaced by seething anger as I watched my kid brother inherit the Jeep.

Dave Bell, the CEO of startup Actev Motors, has a solution to my problem, even if he is about 25 years late. "By the time [kids] get to 5 years old, they’re pretty much done with Power Wheels," he says. "They’re bored with it. It doesn’t go very fast, it doesn’t really have any features."

That's why his company created the Arrow Smart-Kart, an electric go-kart for pre-teens that will make its debut at this weekend's New York City Toy Fair. And like all the best toys, it's the kind of thing that makes me wish I were still a kid just so I could drive one. 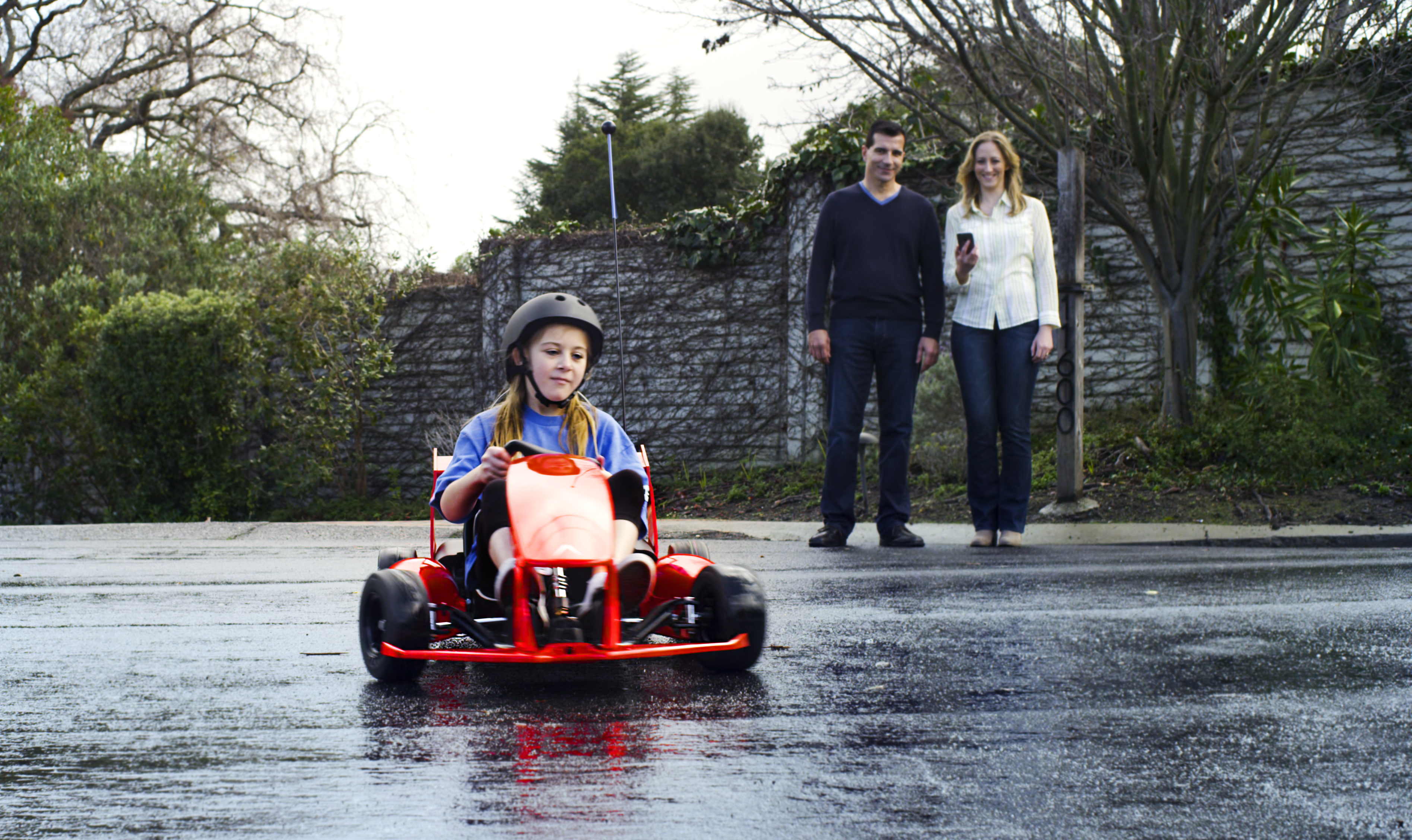 Let's start with the design — it looks more like a racing kart than basically anything on the market. It has speakers in the headrest of the bucket seat that can pump out custom engine sounds. (Bell says the company's working on a "growing library," but the only one available right now is that of a V-12 Ferrari.) It has a top speed of 12 miles per hour, which would let you do donuts around a Power Wheels car. Oh, and you can actually do donuts, too, because Actev will sell "rings" that slide onto the back wheels, giving the kart enough slip for the driver to drift.

The Arrow kart makes me wish I was still a kid 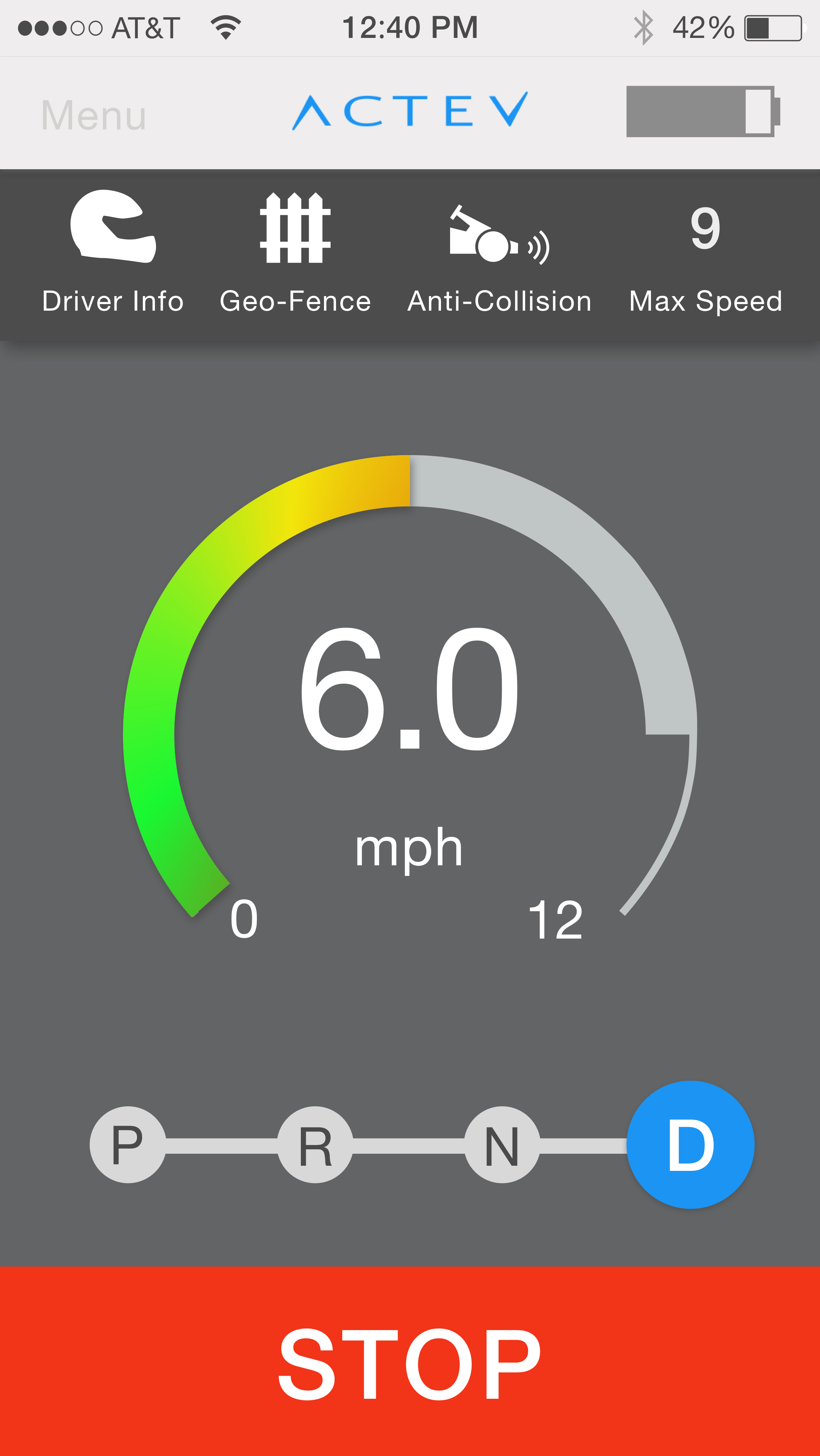 That alone is enough to make a kid want the Arrow, but it's all the smart features that will make it attractive to parents. The most important one is probably geofencing. Parents can use the Arrow app to draw a boundary on a map, and if their child tries to cross it the motor will automatically shut off. That's a big deal — my Power Wheels Jeep obviously never had this option, so my mom was forced to stand in our driveway and yell every time I drove near the road. (Thanks, Mom!)

Parents will also be able to set the maximum speed to lower than 12 miles per hour, in case they want to ease their kids into the experience. (Or, maybe: "Do your homework and I'll let you drive 12 miles per hour tomorrow.") The kart even has an emergency stop button and front and rear collision avoidance.

Bell has even bigger ambitions for Arrow. He plans to sell other types of body kits (the promotional photos feature one of these, they cost extra) and racing-inspired steering wheels. He also wants to leverage the connectivity and the smarts in the kart to gamify the whole experience. (Real world Mario Kart, anyone?) To do that he's going to need buyers. Arrow won't come cheap — it starts at $599, basically triple the cost of a standard Power Wheels vehicle. Bell's hoping the smart safety features will give parents enough peace of mind to pony up that cash.

Parents that can't afford a $599 kart aren't off the hook, though. The Arrow looks so cool that kids will probably beg for one anyways. I know I would.