A few years ago, Martin Sahlin was on a camping trip with his family in the Swedish countryside. Though he was on vacation, Sahlin, the creative director at game studio Coldwood Interactive, had an idea that he couldn’t get out of his head. “I started thinking about a game that would be about bonds between people,” he says, “a game that would be about love and trying to connect with people.” The problem was that he didn’t have any idea what the game would look like. “When I was on this camping trip with my family, I wanted to try to develop that into something real, I wanted to try to make it into something tangible,” he explains. “That’s why I made that little doll.”

Sahlin found some wire and a bit of red yarn and turned it into a little character with big eyes and pointy ears. He named his creation Yarny. He then took the doll around with him as he explored, snapping pictures of it in staged shots. There were pictures of Yarny using its thread to go fishing in a lake, and ones where it's used like a lasso to grab onto branches. These photos would go on to serve as a sort of concept art for Unravel, a new game available on PS4, Xbox One, and PC this week.

“According to the rules, you’re supposed to design the game first and come up with the story afterwards,” says Sahlin, “but in this case it was the theme for the story and the characters that came first.”

You may not know the name Coldwood, but Unravel is far from the studio’s first game. The small team from Northern Sweden has created multiple titles since it was founded in 2003, but they were always making games they could sell to publishers, not ones they wanted to make for themselves. The studio managed to survive crafting ski-doo titles and games built for Sony’s PlayStation Move peripheral. In 2010 Coldwood released The Fight: Lights Out on the PlayStation 3. Sahlin says that the game "wasn’t very well received and was actually not really that good," but in spite of this, it was a commercial success, selling in the hundreds of thousands.

"It was a very easy pitch."

"I had some kind of epiphany I guess you could call it, though that sounds pretty posh to say, but it just struck me when I realized that even though I think that game was quite flawed, it still reached a really huge audience," he explains. "It reached a lot of people, and we didn’t really offer them anything worthwhile, anything meaningful. It was basically just a distraction."

The desire to create something more meaningful and personal stuck with him, but it wasn’t until some time later that he was able to pursue the idea. Just before heading out on that camping trip with his family, a big project that Coldwood had been working on was canceled. Sahlin was convinced he wouldn’t have a job when he came back from vacation, but he still couldn’t stop thinking about his game. "That felt strangely liberating," he explains. "For once I stopped worrying about what a publisher might want or what anybody might want, and just tried to figure out what I wanted, what was important to me."

Sahlin came back to the studio with the basic concept for Unravel, a side-scrolling platform game with a heavy emphasis on environmental puzzles, and the team built a prototype and began shopping it around to publishers. Eventually EA signed on to fund the game. "It was a very easy pitch," Sahlin says. One of the main reasons that people have gravitated toward the game — whether it’s players or publishers — is Yarny. The character is adorable, and surprisingly the version featured in the game is nearly identical to the one that Sahlin built on that trip. 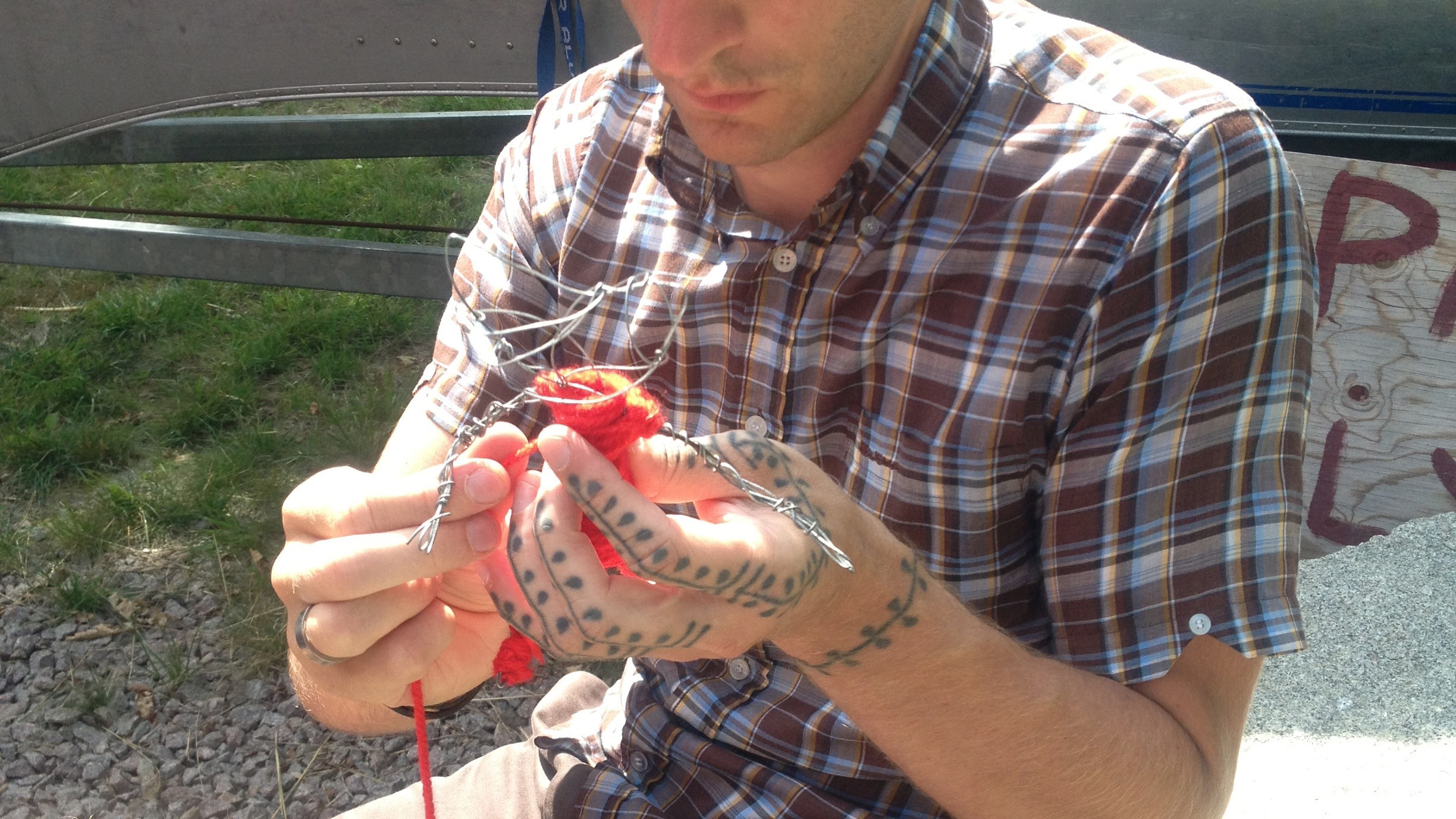 "There was definitely a lot of discussion, especially when we were pitching it and talking to publishers, and people were saying, ‘Should it have eyebrows? Or a mouth? Is it a he or is it a she?’ There were lots of discussions like that," he says. "But I felt from the start that sometimes when you create things, they get their own identity right away. They have a soul. And you don’t want to mess with something like that. You don’t want to change it, you don’t want to turn it into something else, because it’s already something. I was very adamant that we weren’t going to change anything."

"When you create things, they get their own identity right away. They have a soul."

There were a few tweaks along the way, but most were gameplay related. In the beginning Yarny was much more fragile, for example, because the developers thought it would make players more sympathetic to the character. Eventually Yarny was toughened up so that the game wouldn’t be as frustrating. Keeping the character the same throughout also meant that the team could focus on what was important. They wanted players to feel connected to Yarny, but they had to do it primarily through animation. "We knew right from the start that it had to be an expressive character," says Sahlin, "and we had to achieve that without using any kind of dialogue and very limited facial expressions." The character reacts to the world, tripping over stones and chasing butterflies, in a way that feels real.

The response to Yarny has been almost overwhelming for the studio, which is used to operating in relative obscurity. Today Coldwood’s office walls are covered in paintings and drawings from fans who love the character, something Sahlin couldn’t have imagined before that camping trip. "It feels like our responsibility to speak from the heart," he says, "and that’s what we’re trying to do with this."