Hasbro is making good on its promise to include a Rey piece in its next versions of Monopoly: Star Wars. The company showed off the new figure at this year's annual Toy Fair in New York City with plans to start shipping the new versions of the game in the fall. 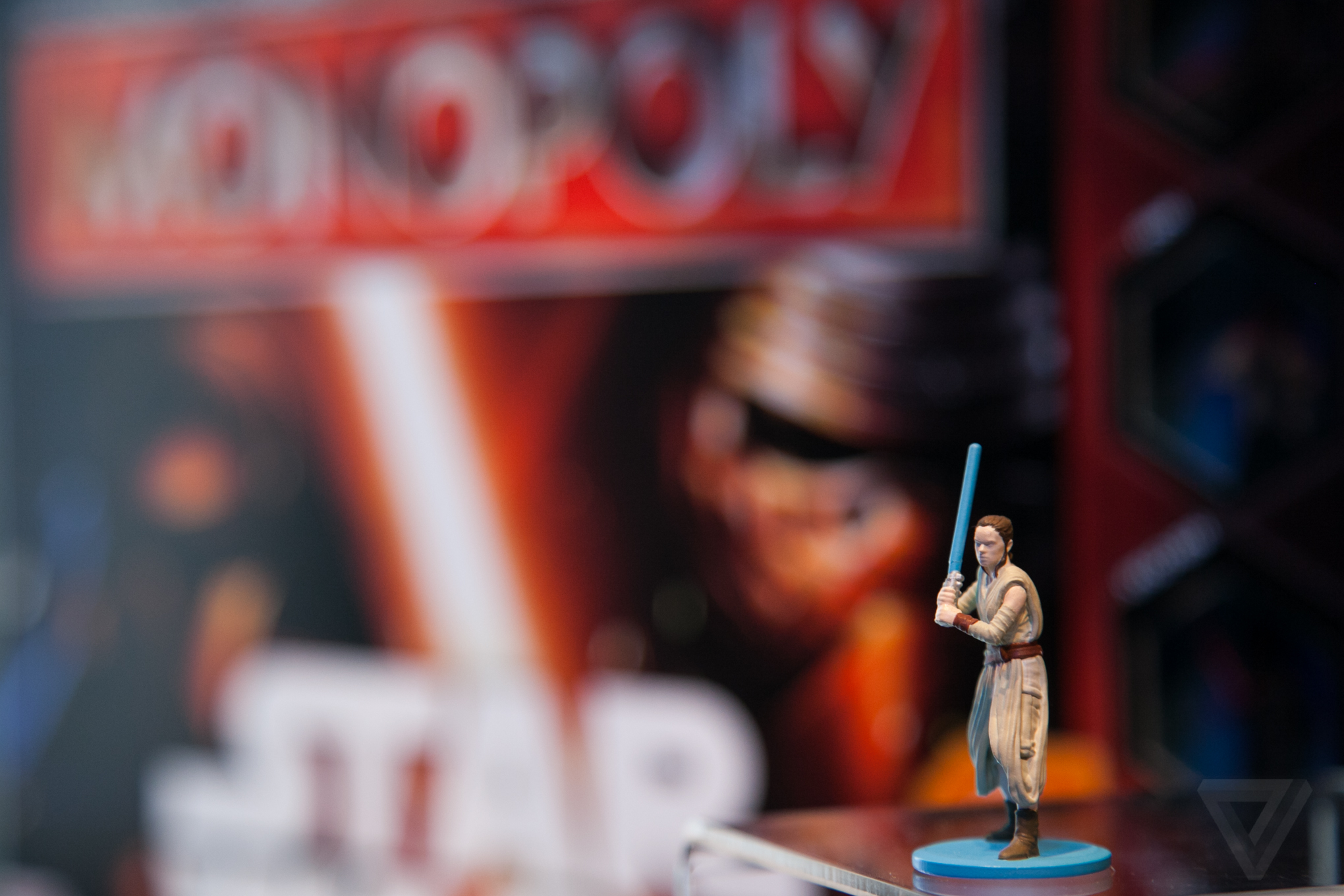 Fans criticized the company earlier this year when its newest Monopoly was released without a Rey figure, even though she's a central character in Star Wars: The Force Awakens. Even J.J. Abrams called her exclusion "preposterous and wrong."