Nerf guns were created for light-hearted fun — squishy darts shot to terrorize older siblings and parents — but now the toys have slugged the metaphorical Dew and gone extreme. A new blaster fires Nerf balls at 68 miles per hour, Hasbro announced at New York City's Toy Fair this past weekend.

We're told it doesn't hurt when you're shot with one of these; we didn’t volunteer to experience first-hand the equivalent of a weaponized slow-pitch softball machine. (No one else in the room readily seemed down for that, either.) The balls are made of squishy Nerf material, however, and won’t, we’re told, give targets welts or cause injury. The balls are bouncy, too, so they spring right off whatever they hit.

The blaster itself is super heavy and massive, especially given that it's packing 40 foam rounds. The double-handed weapon will cost $69.99 when it’s released in the fall.

We're keeping all older siblings in our thoughts and prayers, and just remember, it's probably only a phase. 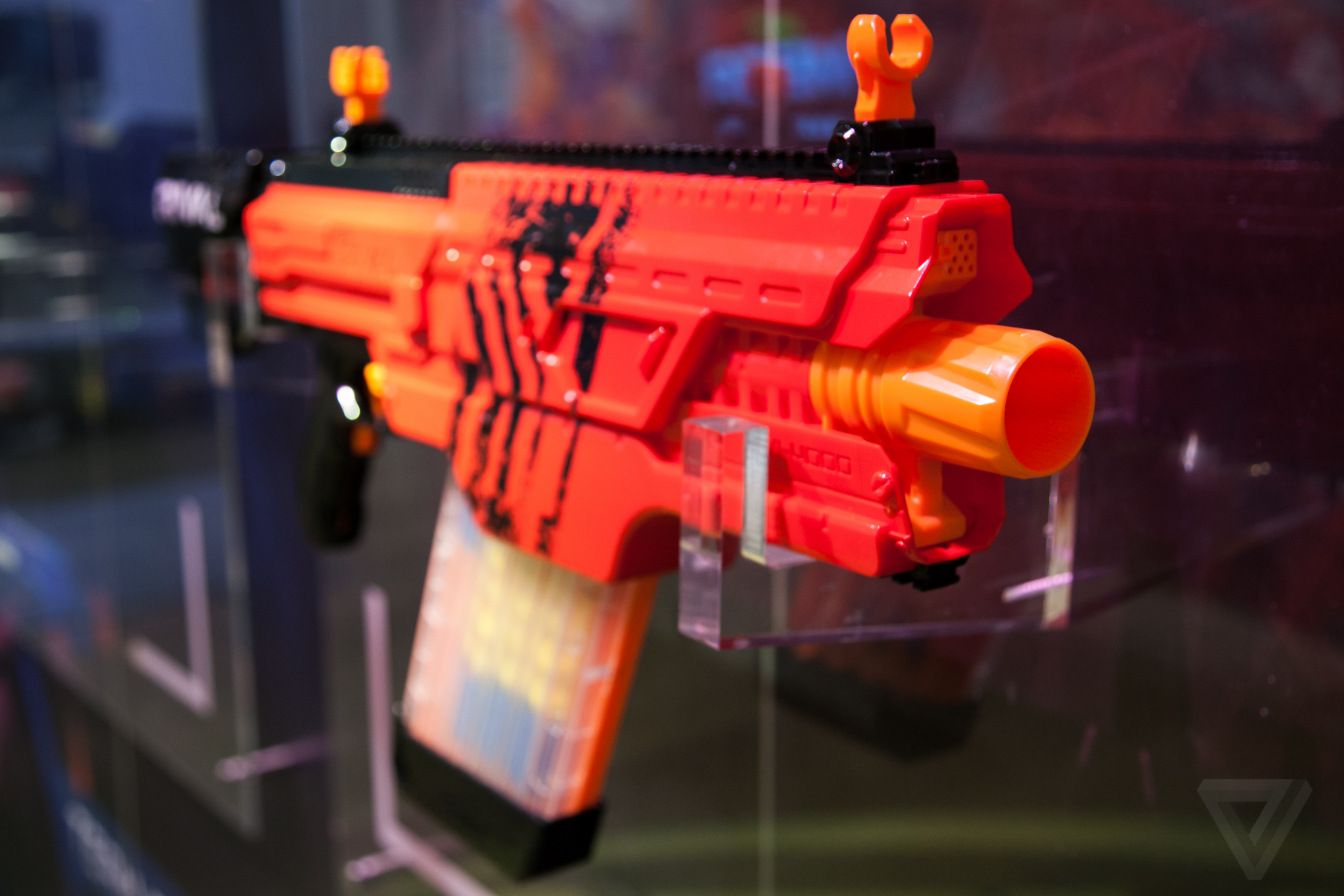 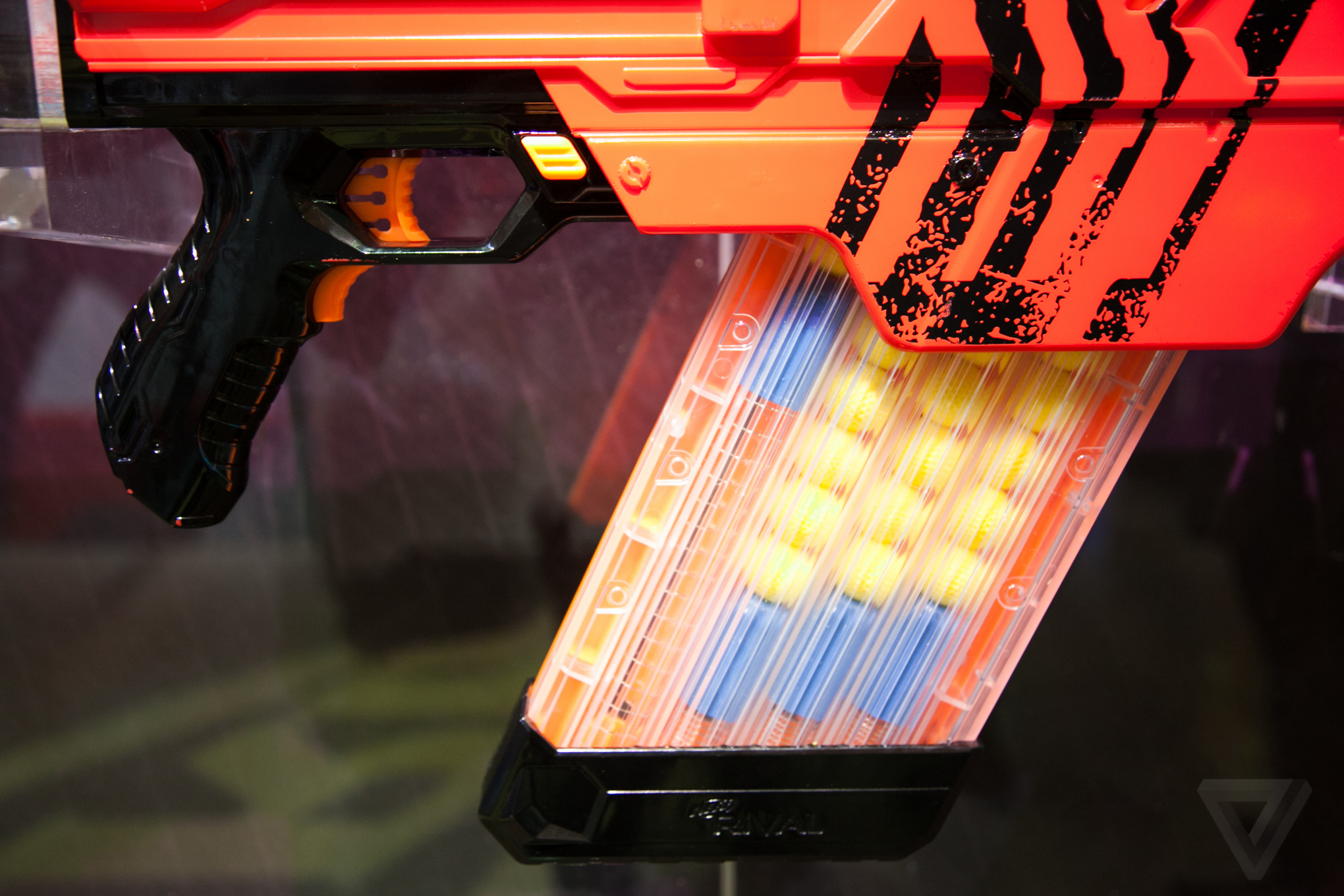