Bloopers, no-shows, and lots and lots of fire

The theme for last night's Grammy Awards may have been "Witness Greatness," but two performers made that a little hard: Lauryn Hill was a no-show for her duet with The Weeknd, and Rihanna had to drop out of the lineup due to illness. And even the stars who dared to show up were often plagued with technical and sound problems.

But the show (all three-plus hours of it) had to go on. And while plenty of awards were handed out, the real competition is in the performances — a great or terrible Grammys performance can leave a career-defining impression. There were some surprising flubs from heretofore unimpeachable performers, some tearful tributes. and at least one history-making show-stopper. Here, the Verge staff ranks the biggest moves and most powerful performances from last night's show.

Micah Singleton: The Weeknd's performance at the Grammys was akin to the band on the sinking ship continuing to sing — all the notes may have been hit, but you could clearly tell something was off. And that something was the absence of Lauryn Hill, who was scheduled to perform with The Weeknd and rehearsed with him the morning of the award show. Hill, who is notorious for being late at her own shows, reportedly showed up too late to get on stage with The Weeknd, and threw his performance into a tailspin.

Despite doing a remarkable job with the first verse of "Can't Feel My Face" The Weeknd's lackluster transition into "In The Night" made it clear as day that a large chunk of the performance was meant to be performed with Hill. The rapid switch from an uptempo hit to a slowed down piano-backed track was rushed and mismatched. The timing was off, and while The Weeknd's strong vocals managed to salvage the performance, there was no replacing Lauryn Hill. 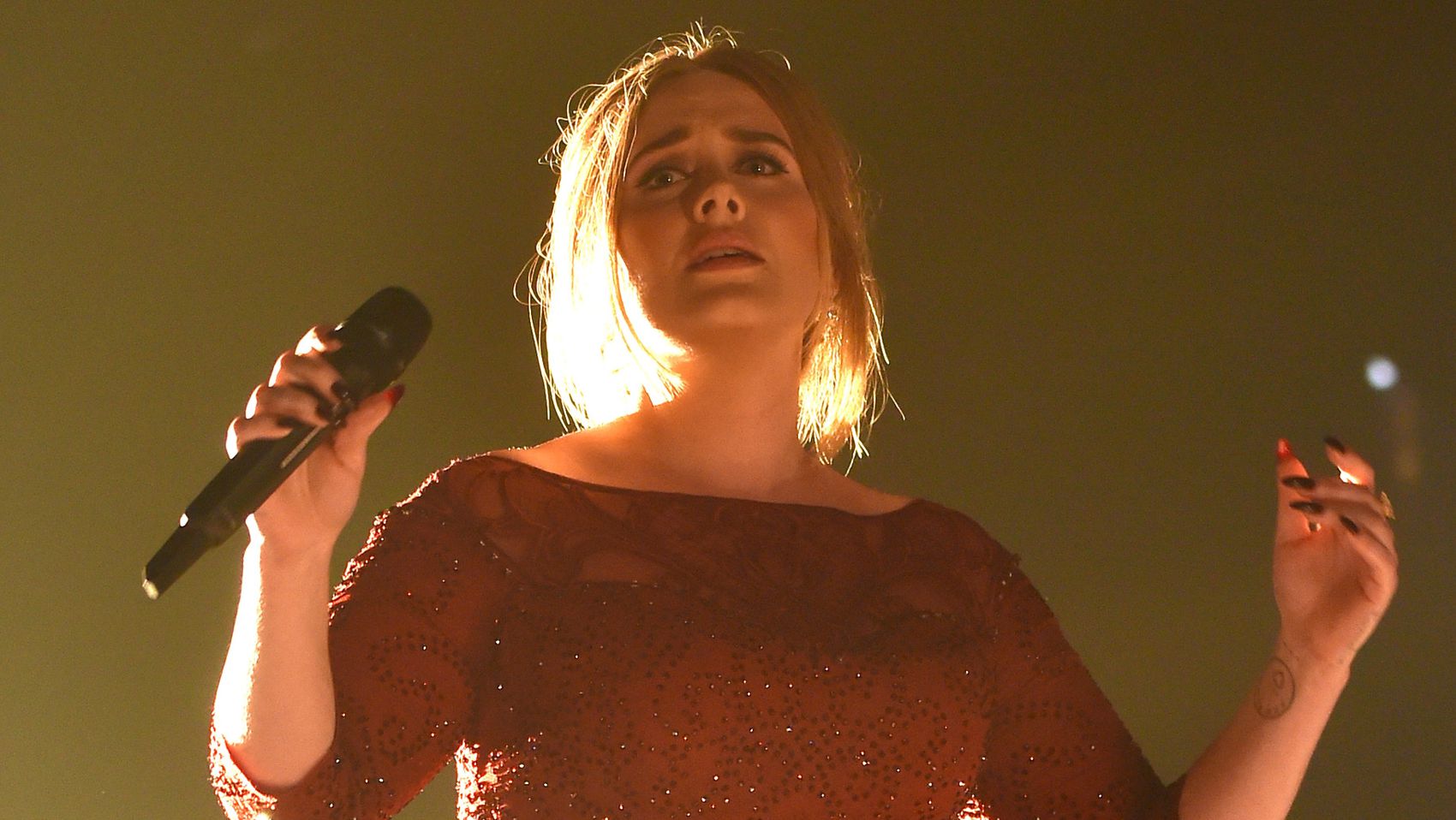 Jamieson Cox: When it was announced Adele was using her Grammy slot to perform "All I Ask," it felt like my heart skipped a few dozen beats in one leap. The 25 power ballad features her greatest vocal performance to date, an astonishing showcase of her power, grace, and delicacy. I couldn’t wait to hear it performed live for millions. You can imagine my disappointment when the performance was submarined by a microphone mishap, one that introduced unexpected, tinny plonks to the mix and seemingly pushed the British star out of tune. (After the show wrapped, she chalked up the problems to a piano mic that fell on its strings, distorting the sound.) It’s not like my faith in the Church of Adele has collapsed: her track record is too robust, her voice too proven. But it was still a bummer to watch the performance with the greatest potential fall apart because of a problem beyond anyone’s control. I hope she enjoyed her double-double, at least.

Because of it though... I'm treating myself to an in n out. So maybe it was worth it.

Emily Yoshida: Sometimes a tribute medley makes you appreciate the tributee in a new light, or at least bask in the warm fuzzy feeling of watching how much joy they brought to the world. And some some tributes just make you freshly realize what a void has been left behind. Lady Gaga's well-intentioned David Bowie tribute felt like an overbusy mail-order Greatest Hits compilation ad — there was very little depth on display, but that's mostly because Gaga never stayed on one song long enough to find her own personal resonance in it. For all her documented love for and indebtedness to David Bowie, it just served as another reminder of how inimitable he was. Maybe next time, skip the Ziggy Stardust drag? Hard to believe, I know — but the songs are still recognizable without the outfits. 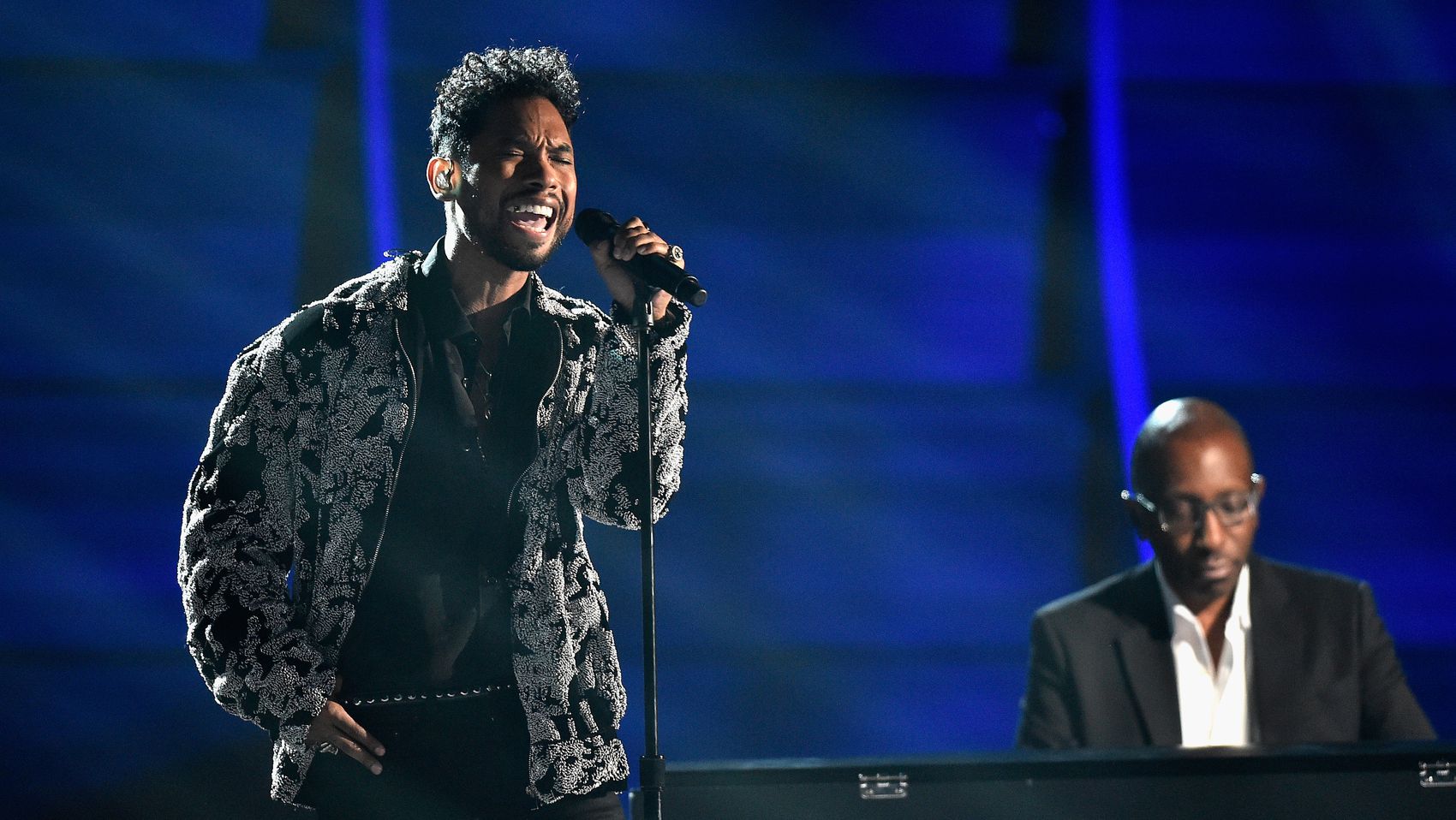 Lizzie Plaugic: Grammys performances usually land in one of two categories: a tribute to another musician, or a tribute to yourself. Last night, Miguel opted for the former route, performing a cover of Michael Jackson’s 1979 heartbreak ballad, "She’s Out of My Life." While Lady Gaga’s Bowie tribute was extravagant and joyful, Miguel went with a more understated approach, accompanied by a single piano (played by the song’s original keyboardist, Greg Phillinganes) and a few delicate spotlights. Many of Jackson’s most popular songs are big production dance hits (something you can moonwalk to), but Miguel’s choice to strip away the excess the Grammys are known for had the effect of making one of the biggest pop stars in the world feel within reach once again.

Yoshida: Don't worry, I'll never get sick of "Where are Ü Now," but if you want to hold my interest in it for another five minutes, there's really only one way: JAM BAND COVER! We've got Diplo on the mellotron, my boy Skrillex shredding on guitar, a violinist doing her own rendition of the melancholy dolphin call heard 'round the world. At a certain point Diplo picks up those big marshmallow-headed drum mallets they only let you use on the most epic of songs. The resulting sound was somewhere between DMB and BSS, with a little Hillsong fire and brimstone thrown in for good measure. But nobody told Bieber, who was still noodle-dancing and high-kicking like it was July in Ibiza.

Yoshida: According to Recording Academy president Neil Portnow, Rihanna stayed home at the advice of a medical professional. "The doctor came in and examined her and said you have a risk if you sing," Portnow told the LA Times. A lot of folks at the Grammys would do well to see if Rihanna's doctor is accepting new patients.

Kwame Opam: The Grammys needn’t be about spectacle for spectacle’s sake. Sometimes it’s the show’s more understated performances deserve the accolades. Alabama Shakes, coming off two Grammy wins including Best Rock Song, delivered a performance of their hit "Don’t Wanna Fight" that smoldered from top to bottom. It was hard to take eyes off Brittany Howard; with her immaculate white dress and powerful contralto voice, I can’t imagine anyone not being swept away by her presence. There weren’t any tricks here — no light shows, no guest appearances. Just four minutes of a great song played by a band whose album you should run out to buy if you don’t own it already.

Opam: There’s just no way to overstate it; Kendrick Lamar’s performance last night was one of the most powerful, beautiful, and politically important performances in Grammy history. Host LL Cool J called the set controversial, and but even that descriptor couldn’t have prepared audiences for what they saw. If Beyoncé's Super Bowl performance last week set the bar for performance art that speaks to the black experience, Kendrick just raised it.

This performance illuminated why To Pimp a Butterfly is a masterpiece. Kendrick took the stage in chains for "Blacker the Berry" before a host of African dancers took the stage for "Alright." They set the stage on fire — literally. Culminating in a new track delivered directly to the camera, the entire set felt essential, even transcendent. Kendrick took home the award for Best Rap Album (an honor he was robbed of last year), but lost to Taylor Swift for Album of the Year. That injustice aside, this performance was more than enough for him to win the whole night.