Guardians of the Galaxy Vol. 2 has begun principal photography, according to an announcement today by Marvel Studios. Marvel also confirmed the long-rumored casting of Kurt Russell, an actor who may play a key role in the film's plot, which hinges on Peter Quill's (Chris Pratt) search for his true father.

The update came with the first production photo, featuring the silhouettes of the film's heroes — Star-Lord, Gamora, Drax, Rocket, and tiny Groot. And if you're still here, great news, we're done with the boring news stuff. It's time to obsess over tiny Groot, the only real thing that matters here. Hahaha, can you believe how well I pretended I care about anything else for the first few sentences.

Oh my gosh, let's get a better look at tiny Groot. 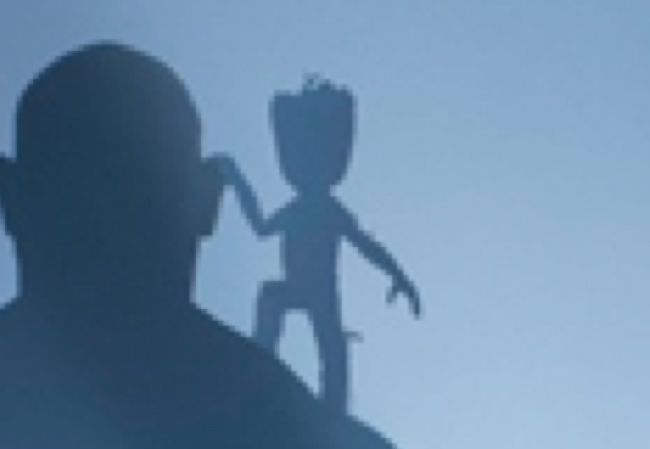 How glad we are you came from

You are a small plant

I am a small Plante, too. So

Much to chat about

Do you miss old Groot?

I miss him sometimes, but now

I have you, tiny Groot

Subscribe to What's Tech? on iTunes, listen on SoundCloud, or subscribe via RSS. And be sure to follow us on Twitter. You can also find the entire collection of What's Tech stories right here on the The Verge Dot Com.